Who Was Aristotle? Know About Its Top 10 Characteristics, Features And Thoughts 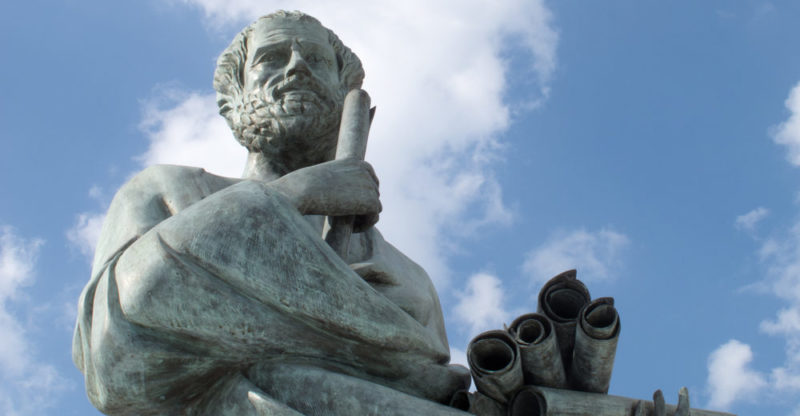 We explain what Aristotelian thought is and what are the bases of its studies. In addition, its general characteristics and political philosophy.

Aristotle was an Ancient Greek philosopher, scientist, and logician . Although only 31 of an estimated 200 treatises survive, his ideas have continued to exert influence to the present day. He lived between 384 BC and 322 BC.

Although he was a disciple of Plato , some of his ideas conflict with those of the teacher, and his theories transformed knowledge . He was the teacher of Alexander the Great , who protected him until his downfall.

Aristotle is considered the father of logic , since he was one of the first to study it and enunciate its principles. The basis of logic is the syllogism: it is a logical and necessary deduction made through discourse . From certain premises a necessary conclusion is reached . For example:

This principle holds that a proposition and its negation cannot be true at the same time and in the same sense. It is one of the basic laws of logic and is what allows more complex arguments such as reductio ad absurdum. 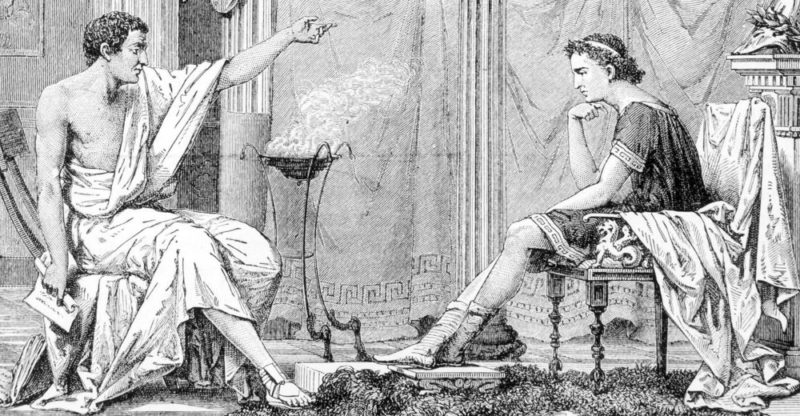 One of the fallacies that Aristotle studied was the assertion of the consequent.

Aristotle discovered that there are arguments that appear to be valid but are not in reality , and he called them fallacies. That is to say that the fallacies have the form of a syllogism, but they contain a logical error that prevents the conclusion from necessarily being derived from the proposition.

An example of the fallacies that Aristotle studied is the consequent statement . For example: “Whenever it rains, the patio floor is wet. The floor of the patio is wet, which means that it is raining.” As you can see, this reasoning may seem correct and yet it is not, since there are many other possible causes for the floor to be wet.

The essence is identified with the substance of things and remains unchanged. However, the appearance itself is variable . This division between the essential and the apparent can be applied to objects as well as to animals or people. 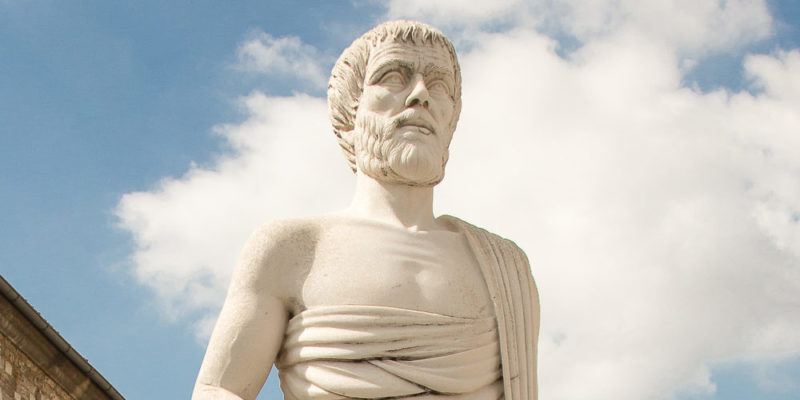 Aristotelian thought is based on the observation of phenomena.

Platonic thought held that what could be known through the senses was false and the truth could only be reached through ideas. Aristotelian thought, on the other hand, is empirical, that is, it is based on the observation of phenomena.

Aristotelian thought seeks the specificity of things. That is why Aristotle grouped the sciences according to their specific object: 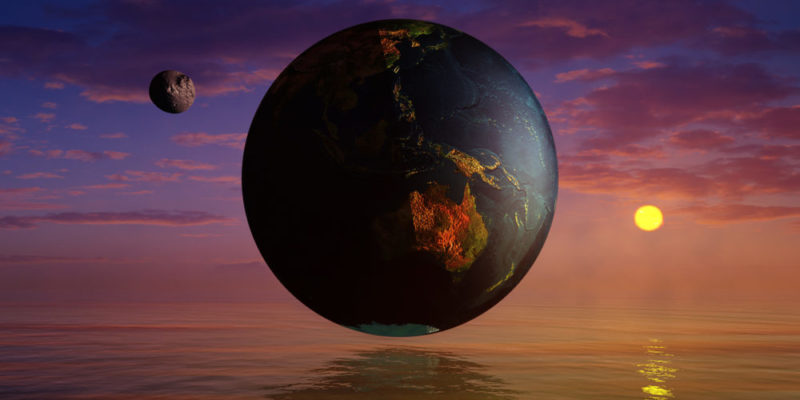 According to Aristotle, the Earth was the center of the universe.

Aristotle proposed a geocentric theory, meaning that the Earth remained motionless at the center of the universe and that all the planets , stars , and the sun revolved around it. According to this theory, the universe is spherical in shape and finite, that is, it has a limit.

Although this theory is wrong, it coincides with the direct observation of astronomical phenomena , so it was taken as true until the 16th century when Copernicus and then Galileo Galilei (17th century) contradicted it.

He described nature as composed of five elements:

With these principles he could explain different phenomena at a time when the law of gravity had not been stated and the measurement of density was not known. For example, it could explain a stone sinking in water . 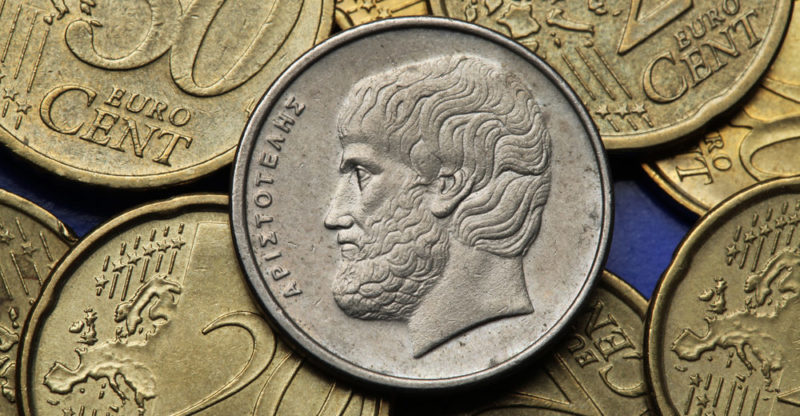 For Aristotle, the State is the community of equals whose goal is the best possible life . He considers man a social animal, and his indispensable political instrument is language .

He distinguished six forms of government :

Aristotle ‘s Poetics is the first formal study of the arts on record. In it he studied the structure, form and themes of tragedy . One of the mistakes that was made for centuries was to consider the Poetics as a normative text, that is to say that it established how tragedies “should” be , when in fact it is a descriptive text, which merely describes how the tragedies of its time were. It is believed that the Poetics also included a treatise on comedy, but this has been lost.