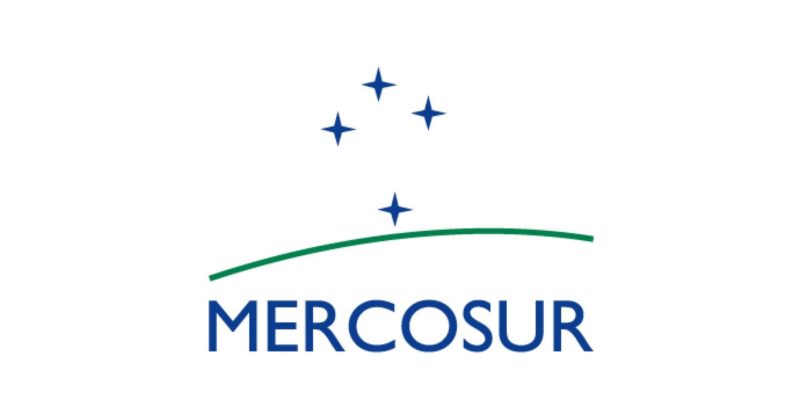 A bloc with democratic principles

The problem of asymmetries

The case of Venezuela

Towards an awareness of the other

Other modes of integration

We explain what Mercosur is, the objectives for which it was created, and what the main characteristics of this agreement are.

Mercosur is the acronym for the Common Market of the South , a regional integration initiative initiated in 1991 by four South American nations – Argentina , Brazil , Paraguay and Uruguay – with the purpose of jointly and coordinatedly facing the economic crisis that had afflicted those latitudes since the end of the from the 80’s.

Subsequently , other nations such as Bolivia and Venezuela have joined as full members , and the countries of Chile , Colombia, Ecuador , Peru , Guyana and Suriname have also joined Mercosur. Mexico and also New Zealand participate as “Observer States”.

Mercosur has become a sector of global economic importance , since the implementation of a free trade zone , and enjoys great geopolitical relevance in Latin America and the world, also considering that two of its members, Argentina and Brazil, they are part of the G-20. 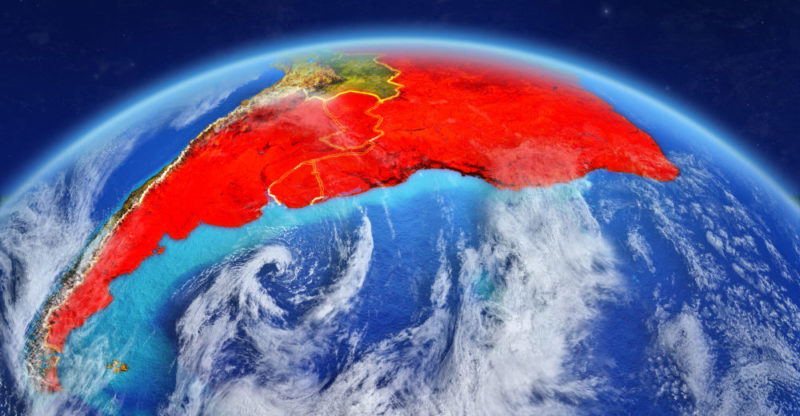 Mercosur is exercised through the designation of its official languages.

One of the fundamental aspects for the consolidation of Mercosur is the assumption of its own identity based on plurality and difference . A revolutionary principle in a continent culturally fragmented by its history.

This cultural union is exercised through the designation of the official languages of Mercosur: Spanish, Portuguese and Guarani, as well as the free movement of citizens belonging to the bloc and the establishment of a free residence area for them.

Mercosur is considered the most competitive, powerful and developed economic area in the Southern Hemisphere , with a Gross Domestic Product of 4.58 billion dollars, almost 83% of the total South American index. In addition, it has a territorial extension of almost 13 million square kilometers and more than 275 million inhabitants.

It is also the largest food producer in the world , with the largest mineral, energy and natural reserves on the planet , in addition to the most important oil companies on the continent (Petrobras and PDVSA) and a developed financial muscle, which includes four of the largest banks of Latinamerica.

With the idea of counterbalancing financial groups such as the IMF or the World Bank, Mercosur sanctioned in 2009 the creation of the Bank of the South, its own monetary fund based in Caracas , intended to operate as a development force for the continent.

At the time of its creation, the Bank of the South had an initial capital of 20,000 million dollars , a figure that in mid-2013 stood at a total contributed capital of only 7,000 million.

A bloc with democratic principles 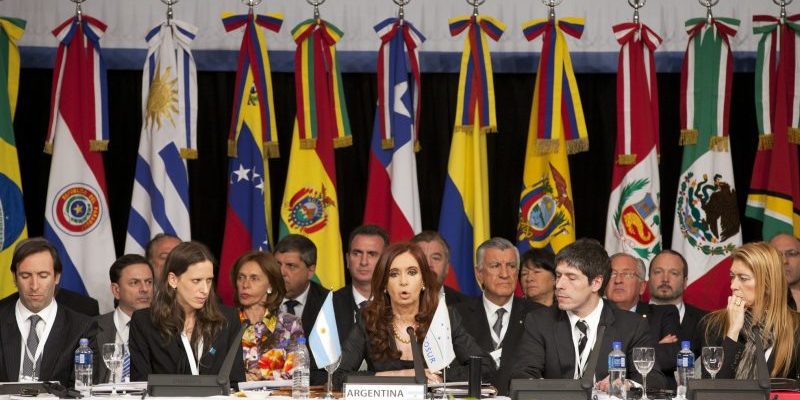 Mercosur prevents any non-democratic country from belonging to the bloc.

The countries attached to Mercosur abide by a charter of political principles that prevents any non-democratic or despotic country from belonging to the bloc. At the same time, they agree to be governed by a dispute settlement system , which establishes specific deadlines and procedures to stop internal events that endanger the foundations of the group.

Since its creation, Mercosur has implemented a very open policy of international trade relations , starting with the signing of agreements with the Andean Community (2008), Cuba (2006), Israel (2007), Chile (2008), Egypt (2010) , Palestine (2011), India (2009) and the European Union (taken up from 2013). Other countries in dealings with Mercosur include numerous Middle Eastern nations and South Korea.

The problem of asymmetries

One of Mercosur’s integration challenges derives, paradoxically, from the existing inequality between its most powerful countries and the rest of the group . Both Uruguay and Paraguay have echoed this, since it places them at a disadvantage in terms of international agreements established by their most powerful allies.

Other analysts point out that the constitution of Mercosur is moving towards a bipolar model between the Argentine and Brazilian socioeconomic models, given that the second has a varied and massive offer of products (it is considered the 6th world market) and the first, on the other hand, maintains its export of agricultural products.

The case of Venezuela 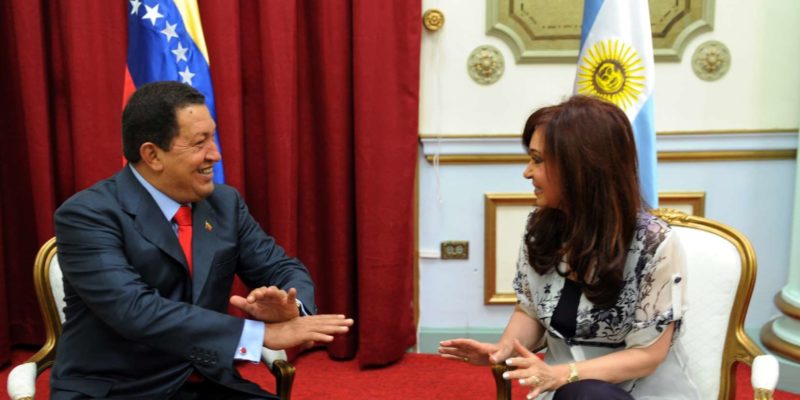 The Venezuelan panorama is a continuous source of tensions for all of Mercosur.

Venezuela’s admission as a full member of Mercosur occurred in the context of the political crisis in the Republic of Paraguay, which culminated in the 2012 removal of its then-president Fernando Lugo . A decision that generated controversy, given the closeness between the governments of Venezuela and Argentina, led by Hugo Chávez and Cristina Fernández de Kirchner, respectively.

To this must be added the deep economic, social and political crisis that the Caribbean nation has been going through in recent years, with shortages of basic products and medicines, dramatic deterioration of its currency and a climate of uncertainty and violent political polarization. The Venezuelan panorama is a continuous source of tensions for all of Mercosur . 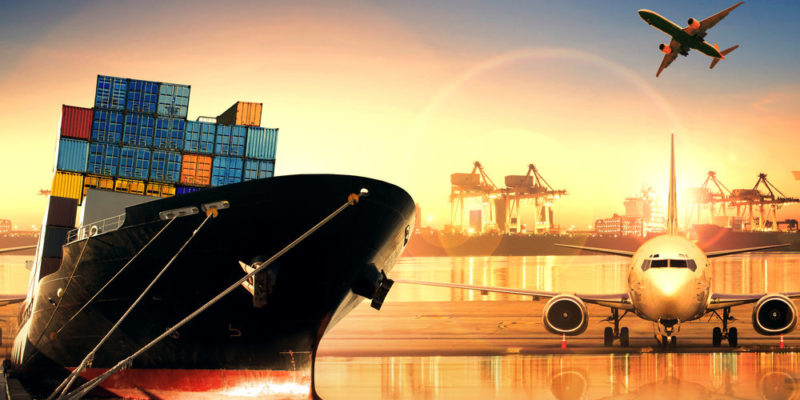 Free trade would exempt smaller nations from ascribing to the common external tariff.

In the face of the aforementioned inequalities in the economic development of the countries of the bloc, many voices clamor for the adoption of a Free Trade Zone , which would exempt the smaller nations from ascribing the common external tariff.

Said scheme, much more flexible and liberal, would allow each country to internally manage its options regarding international insertion, but it would also mean a greater margin of transmission of eventual economic turbulences towards the less favored neighbors.

Towards an awareness of the other

Despite the enormous challenges facing the region, many specialists accuse a growing internalization in the countries of the block of a common historical sense , in many cases even assuming the national situations in perspective of their possible repercussions on neighboring countries. Such a sense of responsibility would be essential to embark on an equitable path towards integration.

Other modes of integration

The creation of the Plant Health Committee of the Southern Cone, an organization that oversees the harmonization of plant and tree health regulations, as well as the signing of the design for a single automotive patent for the bloc , form other ways of sustained integration that the group carry forward.