Top 10 Characteristics And Features Of The Cold War 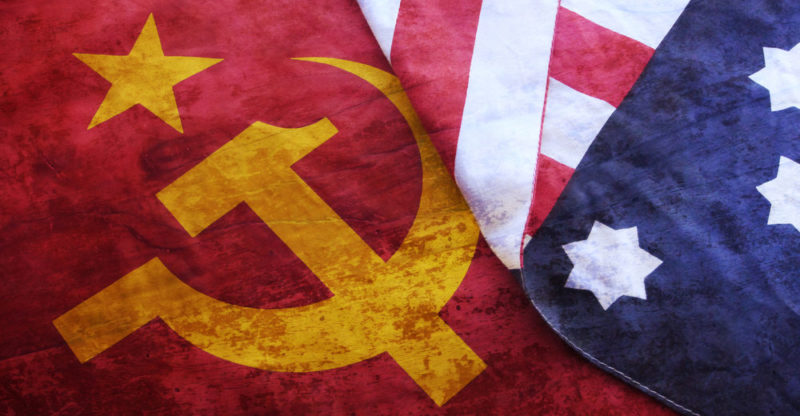 What was the Cold War?

We explain what the Cold War is, the blocks into which it is divided and its technological career. In addition, its characteristics, consequences and more.

What was the Cold War?

It is called “cold” because this conflict never led to an official armed confrontation between the two countries. However, the confrontations occurred through subsidiary wars, that is, armed confrontations in peripheral countries (countries that are not world economic powers). In these subsidiary wars, both the United States and the Soviet Union intervened by offering financing, training, strategic information, and weapons to local factions, and in some cases even contributing their troops.

Depending on whether one or the other faction won, the country would later be aligned with the United States (with a capitalist regime) or the Soviet Union (with a communist regime). These clashes claimed millions of lives and destroyed economies that in many cases could not recover. So, despite being an officially “cold” war, over the decades it accumulated consequences as severe as a world war.

The Cold War was also an ideological war since capitalism and communism are based on opposite principles: 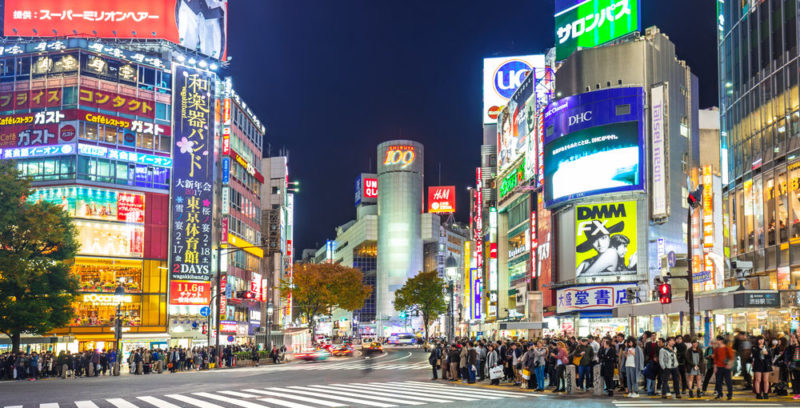 The confrontation of the Cold War was not only between the two powers but in two blocks of countries led by each of the powers. These two worlds were called: 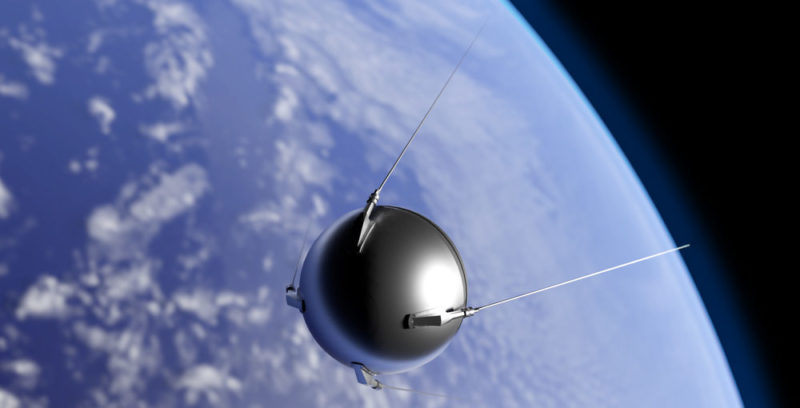 Sputnik was the first artificial satellite, launched in 1957 by the Soviet Union.

The peripheral wars allowed the two great powers to measure their military capabilities . They were constantly trying to outdo each other in technology and power, in the so-called “ arms race .” The development of nuclear energy was associated with this competition, as well as the exploration of space, called the “space race”. Some of the technological developments that marked these races are: 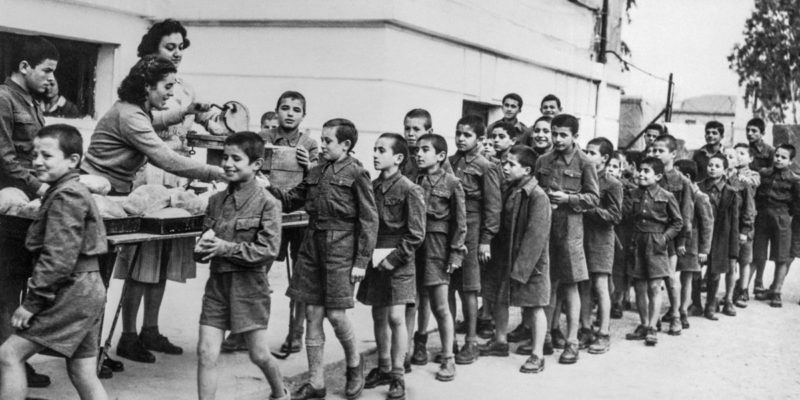 The Marshall Plan provided the necessary financial aid after the war.

Because all the European powers suffered in their own territory the Second World War , the United States was the only power involved in the conflict that was not devastated.

Due to its interest in preventing the economic crisis from leading European countries towards communism, the United States government developed the Marshall Plan in 1947, which consisted of a series of economic aid destined for the reconstruction necessary after the war. 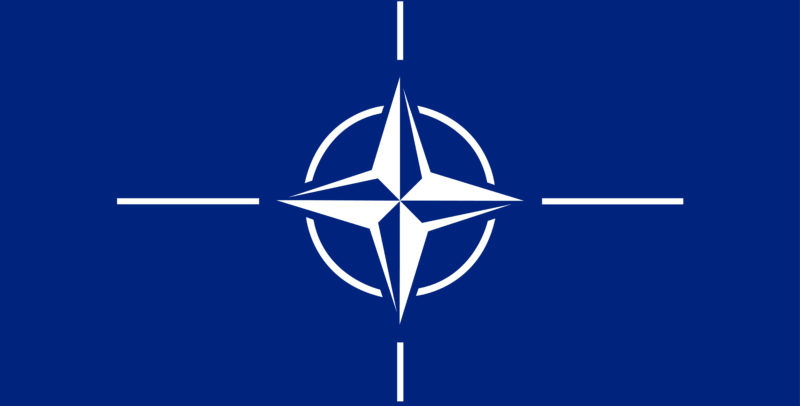 NATO is the North Atlantic Treaty Organization . It was founded in 1949 and made official the United States’ commitment to militarily defend Western Europe, that is, the European countries belonging to its bloc.

Cuba is the only Latin American country that in 1959 managed to establish a socialist regime outside the influence of the United States , through a revolution . This was a major blow to the neighboring country, since in 1960 all US companies were nationalized, that is, they were taken from foreign private hands and were administered by the Cuban State. In retaliation, since 1962, the United States established a trade embargo on Cuba that continued until 2014 when it began to be lifted.

Also called “peripheral wars”, in these warlike conflicts the communist and capitalist powers measured their forces and tried to add new territories to their bloc , supporting the local factions in conflict with economic resources and weapons. 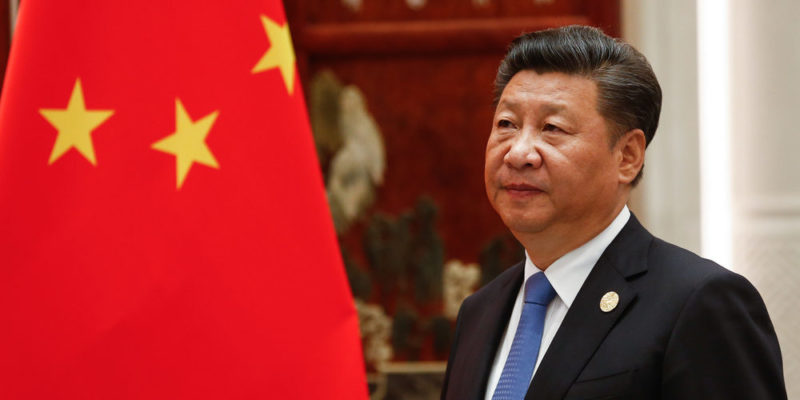 The People’s Republic of China continues to be governed by the Communist Party.

In 1949 the Red Army (communist force) defeated the Kuomintang army (backed by the United States) and founded the People’s Republic of China, with the backing of the Soviet Union. Although the Cold War ended with the fall of the Soviet Union, this enormous power continues to this day ruled by the Communist Party. 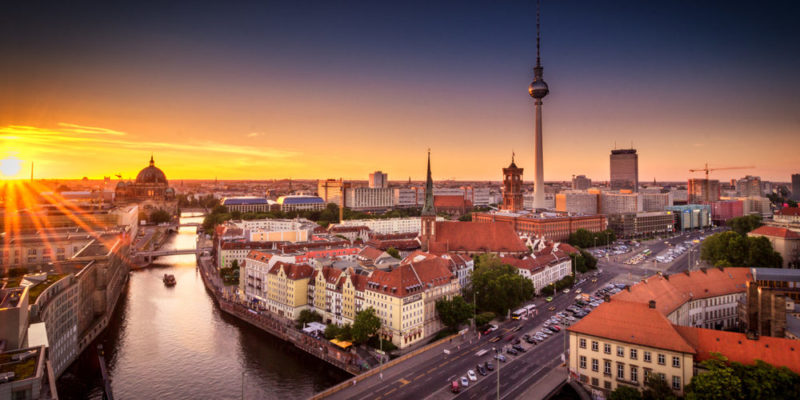 After the defeat of Germany Berlin was divided into western and eastern parts.

Since Germany was defeated in World War II , the Allies imposed a series of conditions on it, among which were an occupation of its territory between the United Kingdom , the United States, France and the Soviet Union. Since three of these countries were capitalist and the Soviet Union communist, the competition for influence developed with special intensity in this territory. From this bipolarity two different German countries were created in 1949:

The Cold War came to an end with the dissolution of the Soviet Union in 1991, although this did not spell the end of communism. This confrontation had various consequences: