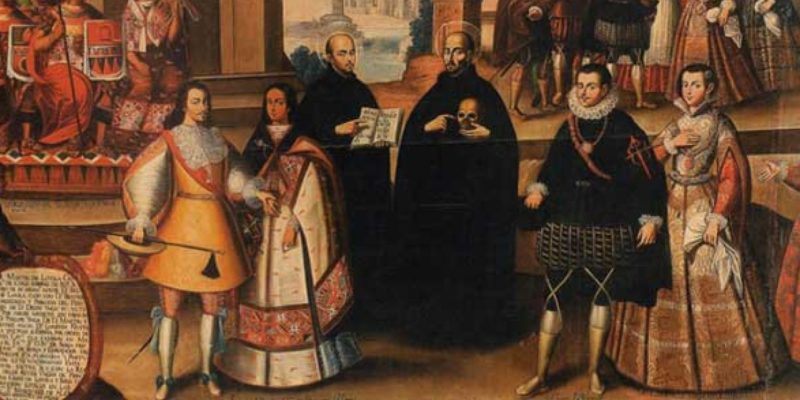 Characteristics of the colonial era of Mexico :

Foundation of the Viceroyalty

End of the colony

We explain everything about the colonial era in Mexico, what were the most important events of this period and its characteristics.

The colonial era of Mexico  is the historical period of the Mexican nation that begins in the 16th century , with the end of the bloody colonization wars that produced the arrival of Hernán Cortés and the Spanish conquerors to the territory of the then Mexica ( Aztec ) Empire. and culminates with the War of Independence and proclamation of the first Mexican Republic.

During the colonial period, Mexico was part of the Viceroyalty of New Spain , led by a Viceroy appointed by the Spanish authorities, and who, together with those of New Granada, Upper Peru and the Río de la Plata, formed the territorial regime and politician of America colonized by the Kingdom of Spain.

Like all the countries with a colonial history in Hispanic America, Mexico was politically, religiously, culturally, economically and socially remodeled according to the values of the European invaders, reneging or segregating the traditions and institutions of the original inhabitants of the continent who survived the massacre of the conquest.

Characteristics of the colonial era of Mexico : 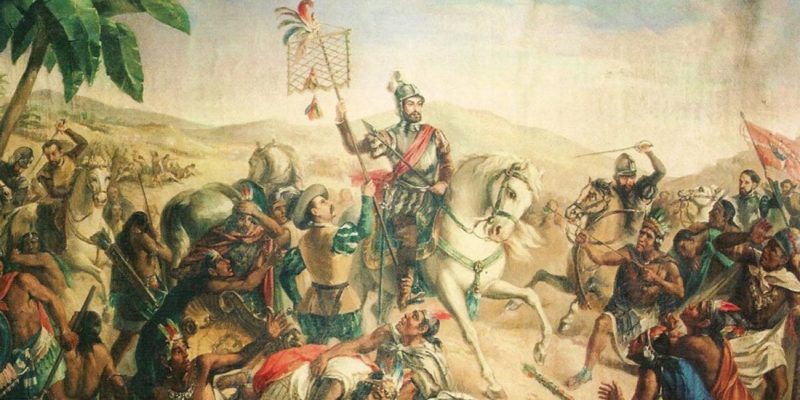 The Spanish had advanced technology such as gunpowder and horses.

The arrival of Hernán Cortés and the Spanish conquerors who, after the expeditions of Columbus, came to enrich themselves and extend the influences of the Spanish throne , triggered a rapid diplomatic cessation with the Mexica Empire led by Moteczuma, whose capital of Tenochtitlán was taken in 1521 , putting an end to a bloody and unequal war that lasted two years and cost millions of indigenous lives .

Despite the Mexica resistance that did not give up until the last possible moment, the Spaniards had technological superiority (gunpowder, dogs , horses , armor) and tactics, as well as the alliance of various tributary indigenous peoples of the Mexica Empire, who saw in the newcomers the opportunity to settle their scores with their local oppressors. 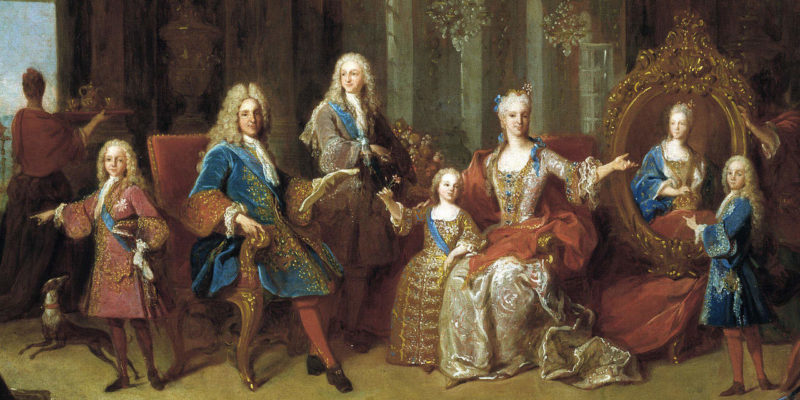 The viceroyalty came to cover the entire territory of what is now Mexico.

The Viceroyalty of New Spain was founded fourteen years after the fall of Tenochtitlán and was built on the very ruins of the Aztec civilization. It was governed throughout its history by 62 Viceroys, the first being Antonio de Mendoza y Pacheco, who took office in 1535. The previous period had been governed by Cortés himself, self-proclaimed Captain General of New Spain.

Although the Mexica Empire was already considered defeated , the expansion of the Viceroyalty continued for many years, making war on the peoples of the north, as well as their former allies.

Its total territory was enormous, encompassing what is now Mexico , along with the current US states of California, Nevada, Colorado, Utah, New Mexico, Arizona, Texas, Oregon, Washington, Florida, and parts of other northern states, as well as part south of present-day Canada, all of Central America , the islands of Cuba, the Dominican Republic, Puerto Rico, Trinidad and Tobago, Guadeloupe, and also the Philippines, the Carolinas, and the Marianas. It was the largest and main Spanish colonial settlement of the time.

The Viceroyalty of New Spain was so extensive that it required a political division into two units: kingdoms and captain generals.

These territorial and administrative divisions were governed by a Governor President or a Captain General , respectively, who reported to the Viceroy and this in turn directly to the colonial authorities in peninsular Spain.

The society of the colony distinguished between its citizens based on a criterion, above all, racial.

The indigenous population , already decimated after the conquest and the spread of new diseases for which the locals lacked defenses (tuberculosis and smallpox), integrated a very low rung in the new social pyramid, although not as low as that of the indigenous population. black slaves, imported from Africa to work in the vast new territories of the Crown.

Above all were the whites , coming from Europe , and later the whites born on American soil. 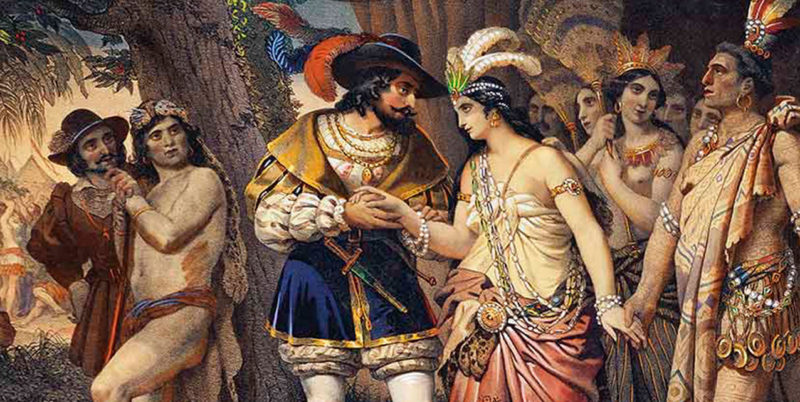 The mestizos were descendants of the union between a white man and an Indian woman.

The absence of white women during the early days of the colony justified European settlers taking one or more indigenous mistresses and having illegitimate offspring with them. This is how a set of “castes” arose, to distinguish citizens according to their origin:

The colonial economy in Mexico was of an extractivist type , as in the entire continent at the time . Especially the recently discovered mineral deposits in the Mexican North, which in turn promoted the growth of works and agricultural expansion.

However, almost everything obtained was shipped to Europe through the ports of Veracruz and Acapulco, part of a commercial network that took Philippine products to America and then to the peninsula. 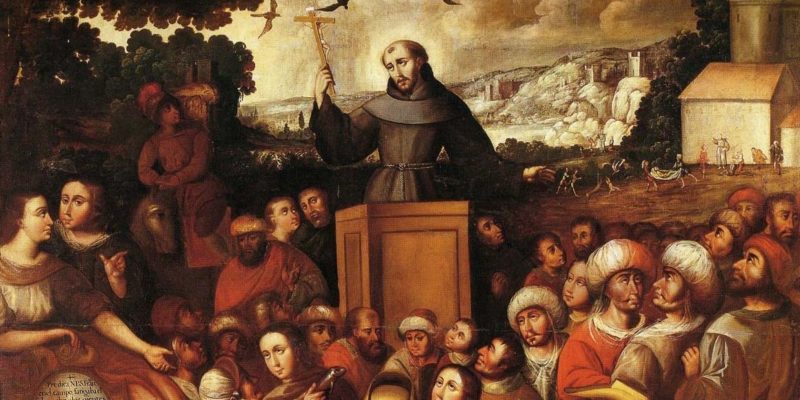 The Catholic religion was imposed on the indigenous populations.

Part of the system of oppression and control that the colony imposed on the indigenous populations consisted of stripping them of their language and their traditions , considered pagan and heretical.

Thus, the Catholic religion was imposed on them and with it the social and ethical regulations of Spanish society, with which they thought to win souls for the Catholic Church, since the Indians, unlike the blacks, were considered human beings , although deficient. in need of guardianship.

The Catholic Church was established in New Spain , building many of its temples and spaces literally on the ruins of those that had belonged to the indigenous cultures. With it, moreover, came the Holy Inquisition.

During 300 years of history, the syncretism of the indigenous cultures ( Zapotec , Mixtec , Toltec , Mayan , Nahuatl, etc.) with the Spanish occurred in this viceroyalty , giving rise to a culturally fertile society, which contributed to the Spanish culture with writers such as Sor Juana Inés de la Cruz or Juan Ruiz de Alarcón, or Manuel Tolsá in the field of architecture . This despite the ecclesiastical control over education , which made any direct link with the pre-Columbian imaginary impossible. 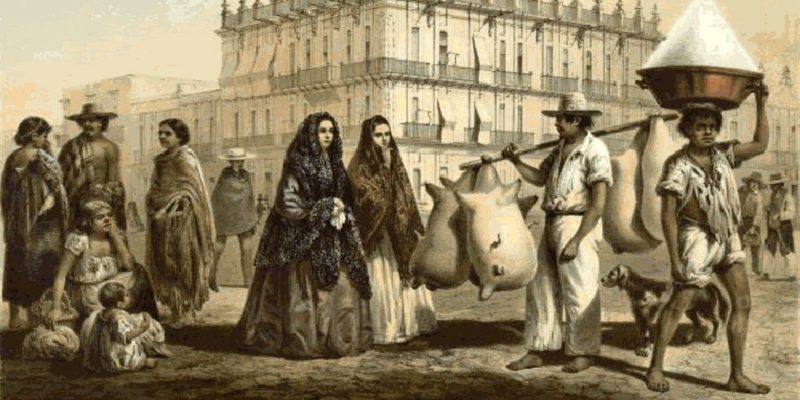 The creation of cities was carried out according to a “stabula rasa” criterion.

During the colony , many of the main cities of the continent and of the current country of Mexico were settled , which was carried out in many cases according to a “clean slate” criterion, which planned the cities from scratch. It was not the case of Mexico City , obviously, raised on the old Tenochtitlán.

The invasion of Spain by the French and the departure of Ferdinand VII from the throne produced a power vacuum conducive to the military uprising of the colonies, which in the case of New Spain began in 1810 with the Grito de Dolores. This led to a long War of Independence that culminated in 1821 with the recognition of Mexican independence by the last viceroy.