What are the Magic Towns? (Mexico) - Income Source, Economy, Population And Characteristics 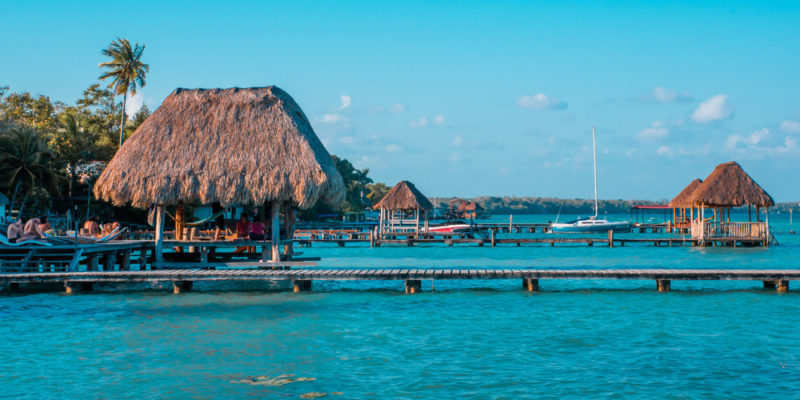 What are the Magic Towns?

Characteristics of the Magic Towns :

Distribution in the territory

Criteria for the designation of Magical Town

Criteria for permanence in the program

We explain what magical towns are and what the objective of this program is. Also, what are its features, requirements and more.

What are the Magic Towns?

The Magical Towns are a group of populations throughout the territory of Mexico , considered as representative of the different cultural and architectural stages of the History of this Latin American nation , such as the ancient indigenous nations, the colonial past, the revolutionary era, etc. .

The designation of Magical Town , issued since 2001 by the Ministry of Tourism of that country, encourages and rewards the conservation of traditions and the Mexican historical cultural heritage through an intense campaign of tourist promotion, both nationally and internationally.

In this sense, the entity monitors the sustained compliance with specific performance indicators in the matter, being able or not to renew the membership of a town to the promotion program , added to the designation of new magical towns.

Characteristics of the Magic Towns : 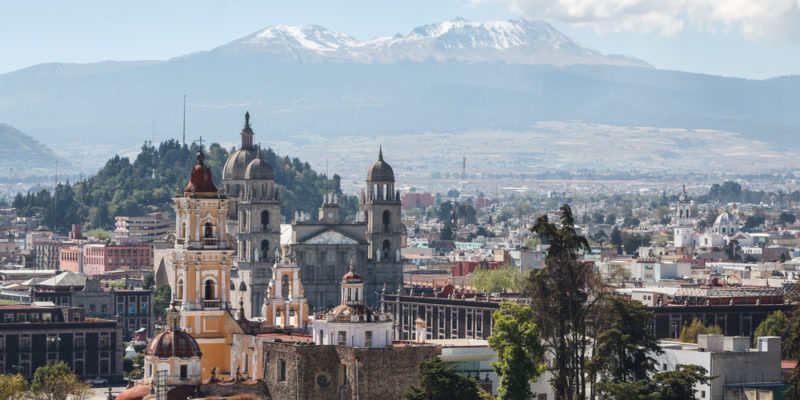 The program was implemented for the first time during the government of Vicente Fox (2000-2006) , the Magical Towns program was an idea of Eduardo Barroso Alarcón, who held the position of Undersecretary of Tourism Operations at that time. The first town to be declared as such was Huasca de Ocampo, in the state of Hidalgo. That same year Mexcaltitán, Tepoztlán and Real de Catorce were added to the list.

From 2001 to 2009, an average of 3.5 towns were designated each year , for a total of 32. From 2009 to the present, the rest have been designated, in a rush of appointments that was not always received with enthusiasm. 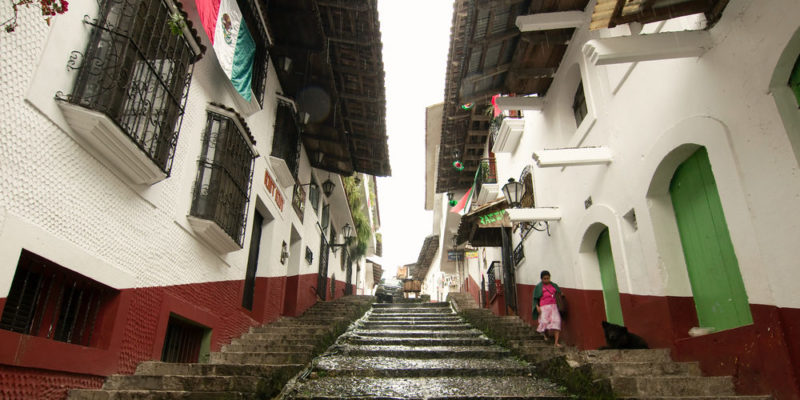 Some locations are no longer magical towns due to non-compliance with the requirements.

The total number of towns that retain the status of Pueblo Mágico is 111 (in 2016), distributed among the 32 states or provinces that make up the country. Some localities were withdrawn due to non-compliance with the requirements, as is the case of Mexcaltitán (2009).

In 2014 , the program is estimated to have produced tourist revenues of 7.2 billion Mexican pesos (about 380 million dollars), which exceeds that produced by border tourism (7.1 billion pesos) and even more by maritime cruises ( 4,795 million pesos), becoming the country’s largest tourism economic force in the last decade. 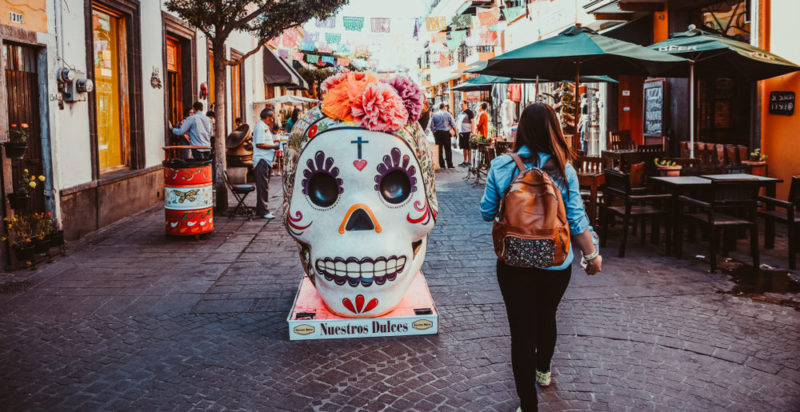 Several populations claim their access to the program of Magical Towns.

Contrary to expectations, many populations have rejected the program , understanding it as a privatizing attack against the identity and heritage value that, paradoxically, they seek to preserve. Others, on the other hand, claim their access to it, as a stimulus to economically raise more depressed and forgotten regions.

The administration of the program has also been controversial since 2010 , during the term of Felipe Calderón (2006-2012), during which there was a notable increase in the populations on the list, including some that did not meet the minimum requirements. The program lost credibility and was put under review the following years.

The distribution of the Magical Towns in the Mexican territory is quite uneven. They predominate in the State of Mexico (10), Puebla (9), Michoacán (8) and Jalisco (7) , while in states such as Baja California, Campeche, Guerrero, Colima, Durango and Tabasco they are limited to one. The total number, even so, is quite significant in tourist terms. 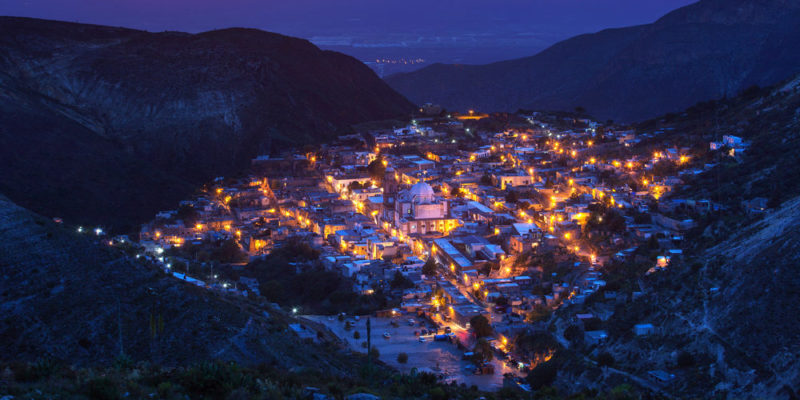 A magical town should not be more than 200km from a main tourist destination.

The Mexican SECTUR requires communities aspiring to the title of Magical Town to comply with the following requirements, to be taken into account:

As well as any other that the committee considers relevant for the tourist performance of the locality. The decision is also subject to the State Congress and the local council .

Similarly, populations already designated must annually renew their permanence on the list. For this they will be required:

Also follow up on any other aspect considered by the Committee and enjoy the approval of the State Congress and the local Council for renewal. 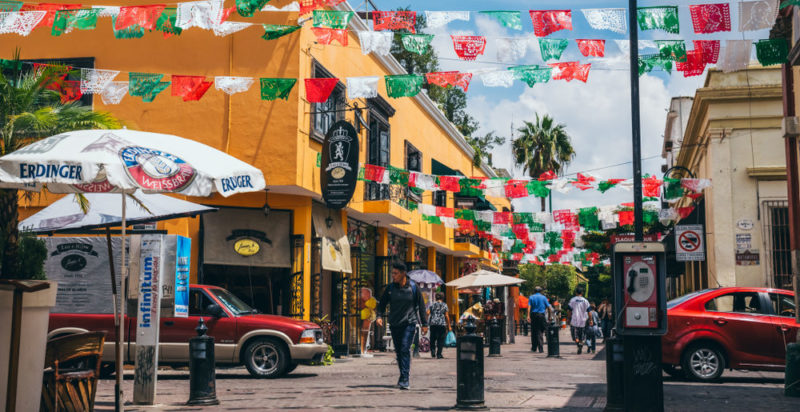 The Magical Towns present a gradual increase in crime.

Another challenge facing the program is organized crime, which has given these towns a bad international reputation and sometimes leads to the cancellation of their designations, even though it is not the responsibility of the residents.

Such was the case of Mier, in the state of Tamaulipas, when in 2010 there were events of violence linked to drug trafficking that, among other things, led to the exodus of 90% of the resident population; a situation that lasted until the intervention of the Mexican Army and that temporarily cost his entry into the program.

In recent years, the Magical Towns have shown a gradual increase in crime , which, together with the wave of violence faced by some Mexican states, have greatly inhibited international tourism.

The total calculation of the population of the 111 magical towns that exist in 2016 exceeds five million inhabitants , in a country whose total population is close to 123 million people (2013 figures).

Despite its drawbacks, the repercussion of the program at the international level has been so positive that countries such as Spain , El Salvador, Peru , Colombia, Chile and Ecuador made requests for advice to the Mexican Ministry of Tourism, in order to inaugurate local variants. of the program in their territories.