Top 10 Characteristics and Features of Unitarians and the Federals

Who were the Unitarians and Federals?

Characteristics of the unitarians and the federals :

Background to the conflict

Leaders of each party

Consequences of the conflict

We explain who the Unitarians and the Federals were, what were the reasons for their confrontations, and their general characteristics.

Who were the Unitarians and Federals?

Unitarians and federals are known as unitary and federal members, respectively, of the Unitary Party and the Federal Party, who faced each other during the Argentine Civil War that took place between 1828 and 1831.

This war took place in post-independence Argentina, once the May Revolution of 1810 ended and the colonial order was deposed, and it was motivated by deep disagreements regarding how to organize the territory of the United Provinces of the Río de la Plata, the same that would later become the Argentine Republic.

The men of these two parties already demonstrate the fundamental difference between their positions: the unitarians advocated a centralized government, which would reside in the city of Buenos Aires, while the federals sought a system that respected the autonomy of each province despite agreeing to integrate the same nation.

This conflict took place as soon as the armistice that ended the War with Brazil (1825-1828) was signed.

Characteristics of the unitarians and the federals :

Both the unitary and federal parties are derived from the pro-independence political organizations, whose common enemy ( Spain ) maintained the joint efforts until the arrival of independence. Then, the disputes between the models of governing the country’s politics did not wait and gave rise to numerous confrontations throughout the Argentine Civil Wars (1814 to 1880).

Background to the conflict

The excuse of war with Brazil produced the Revolution of December 1.

The Second War between Unitarians and Federals was the crudest of five confrontations between both sides throughout the local civil wars, the reasons for which lie in the unequal distribution of powers and economic flow between the provinces of the time, which since 1820 were they had ruled on their own.

Unfair competition between products of the provinces of the interior, without access to the sea, and those who came to Buenos Aires from abroad were detrimental to the economies local, as well as the excuse of the war with Brazil for the creation of a centralized presidency, they sowed the scene so that, once the armistice was signed, the Revolution of December 1, led by Juan Lavalle, would take place and thus start the Civil War.

The federal party, founded in 1818, upheld the precepts of the Federal League (formerly the Union of Free Peoples) headed by José Artigas, who wanted a national order in which the provinces enjoyed equal conditions, sovereignty, and independence from a central power hegemonic, thus defending traditional, regional and rural interests.

The unitary party, founded in 1816, derived from independence centralism and was governed by the centralized precepts of Napoleonic France. According to his ideology, the provinces were nothing more than divisions of the national territory, which pre-existed them. Most of its members belonged to the Buenos Aires elite and provincial capitals, so they had almost no influence on the rural population, more sensitive to the preaching of local leaders. 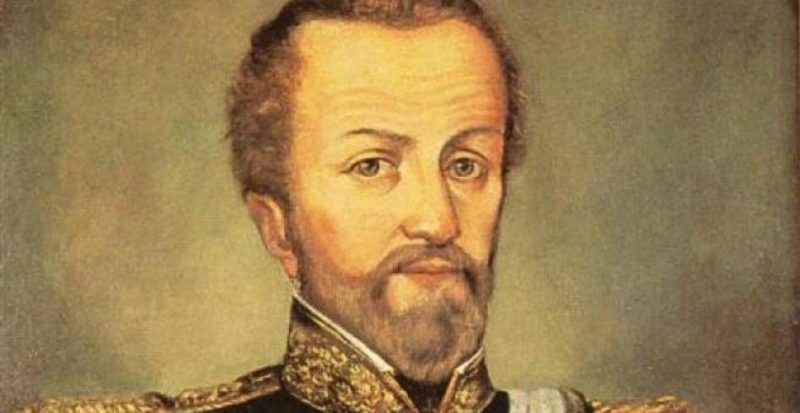 The Argentine civil wars were several and often confronted the central power of the Buenos Aires urban elites with the caudillos from the interior. The crudest of these conflicts was the Second War between Unitarians and Federals, between 1828 and 1831, which was fought throughout the Argentine territory. The starting point of the conflict is represented by the overthrow and execution of President Dorrego by the federal forces of Juan Lavalle. 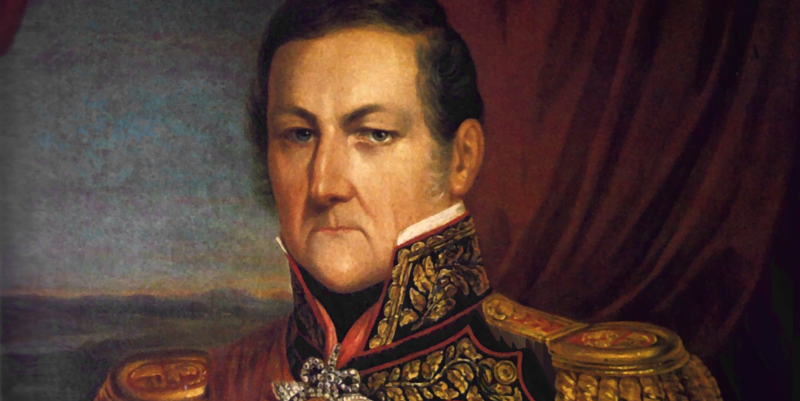 Buenos Aires was under the command of Juan Manuel de Rosas.

The conflict came to an end with the victory of the Federal forces in 1931. All the provinces were under federal command, after the battles of Cerrillos and Populares. The command remained in a federal triumvirate headed by Juan Manuel de Rosas in Buenos Aires, Javier López in the Litoral and Facundo Quiroga in the Interior.

Leaders of each party 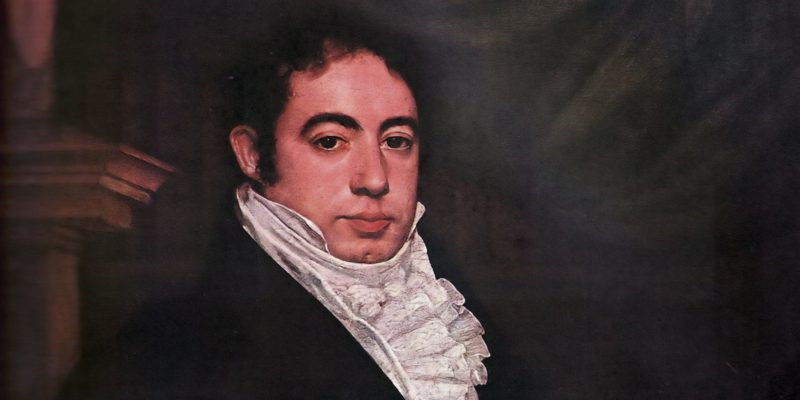 The Unitary Party was commanded by Bernardino Rivadavia, among others.

The Federal Party was led by José Gervasio Artigas, Justo José de Urquiza, and Juan Manuel de Rosas, the latter appointed Governor of the Province of Buenos Aires (and dictator of the Republic) at the end of the conflict.

The Unitary Party, on the other hand, was led by Bernardino Rivadavia , Juan Lavalle, José María Paz and Gregorio Araóz La Madrid.

Consequences of the conflict

The major commander of the governing federal forces after the death of Facundo Quiroga was Juan Manuel de Rosas, who first assumed the position of Governor of the Province of Buenos Aires and then the de facto leader of the country in 1835. This led to the persecution and exile of numerous unitary leaders and politicians, among them Domingo Faustino Sarmiento, as well as the federal opponents of Rosas and later the youth of the Generation of 37.

Thus, Rosas formed the Argentine Confederation under his sole command, imposing a brutal dictatorship that lasted until 1852, when the Rosario troops were defeated by the coalition between the governor of the Province of Entre Ríos, José Urquiza, and troops from Brazil and Uruguay. , in the Battle of Caseros.

The conflict between Unitarians and Federals is a cornerstone of many Argentine artistic representations, especially in their literature. Highlights include works Facundo by Domingo Faustino Sarmiento, and the slaughter of Esteban Echeverria, both of unitary ideology.