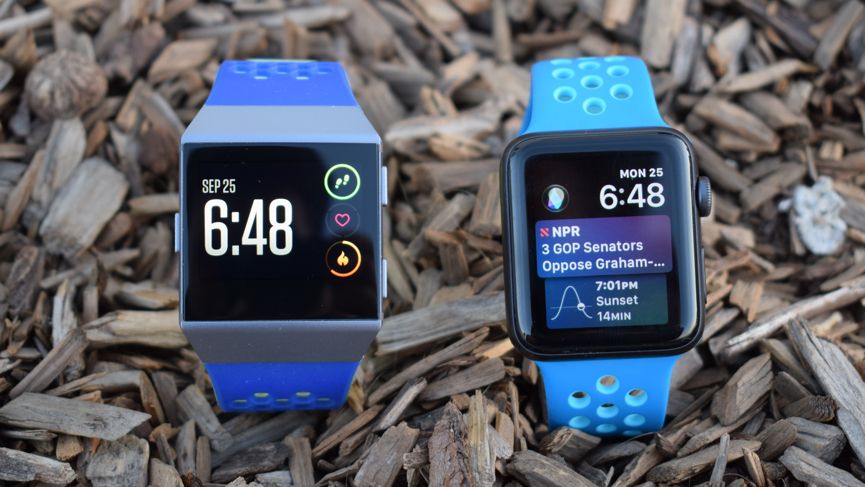 Comparison of the Series 7 with the Fenix 7 Smartwatch Features

Apple Watch 7 vs. Garmin Fenix 7 in Terms of Overall Design and Available Features

Display & Screens Comparing the Fenix 7 and the Series 7

Battery Life Comparison of the Fenix 7 with the Series 7

Apple vs. Garmin: Who Comes Out on Top?

Garmin is not a start-up in the smartwatch industry as Apple is. But in contrast to Apple, Garmin emphasizes the importance of fitness, health, and well-being more than they do on connectivity and a network of gadgets (phone, computer, tablet, watch) that can all communicate with one another. To assist you in making the best decision for you, today we will contrast the Apple Watch 7 with the Fenix 7.

Apple may be one of the most well-known companies in the field of technology. Still, one aspect of their business separates them from all of the other manufacturers of smartwatches: the uniqueness of their offerings (Apple Watch 7 included). Apple customers frequently utilize Apple products across all of their electronic devices, including their televisions, computers, smartphones, tablets, and watches. We are aware that customers do this because the brand is dependable, inventive, user-friendly, and adaptable to shifting patterns in the technological landscape.

As they did with iPods and now do with iPhones, Apple continues to offer new models of their smartwatches with improved features, which has helped the company maintain its position as a leader in the smartwatch market. The Apple Watch Series 7 is the most recent model, following the Apple Watch 1, 2, 3, 4, 5, and 6 and the Apple Watch SE. In addition to the 7, Apple’s online store also carries the Series 3 and Series 3 Special Edition watches.

You can only access Apple watch faces on your smartwatch, for instance, and owning an iPhone makes the process of setting up your watch much smoother. This is just one example of how Apple Watches continue to adhere to Apple’s business model of keeping everything within the sphere of Apple. In contrast to Garmin, Apple does not always make fitness and health the focus of its products. The primary purpose of these watches is to keep you connected, and the fitness aspects are merely a bonus.

In contrast to Apple, the Garmin brand does not have to adhere to a particular design aesthetic or continue in a previously established product family tradition. Garmin’s selection of smartwatches is significantly more extensive than that of Apple’s, and it caters to a much more comprehensive range of individuals and interests. Garmin’s offerings include multisport watches, watersport watches, running watches, and smartwatches that are primarily concerned with style and fashion.

Numerous watch and smartwatch aficionados admire the lengthy history of the Garmin brand as well as its roots in the watchmaking industry. Garmin has a long history of producing great smartwatches for sports and performance, and the Fenix 7 is just one example. The Fenix 7 is ranked seventh, behind the Fenix 6, the Fenix 5, the Chronos, then 3, then 2, and the 1. Some consumers may find it more appealing since Garmin watches are compatible with a wider variety of smartphones because they do not require a particular phone or operating system and can be used with most Android and Apple devices.

Comparison of the Series 7 with the Fenix 7 Smartwatch Features

Apple Watch OS8 is now compatible with all Apple Watch models starting with the Series 3 and going forward. This indicates that, despite how excellent Apple’s new health and sports capabilities are, you do not need the brand new Series 7 watch to use many of these features, despite how cool the watch is. Automatic Cycling Detection is one of the newest additions that came with OS8. This feature means that you don’t have to do anything special in order for your watch to monitor your bike ride; all you have to do is get on your bike and ride.

However, when placed side-by-side, the amount of activities that either watch can track is comparable, with neither watch particularly distinguishing from the other. Both have now included Pilates as an option among their available tracking profiles.

The capacities of these two premium smartwatches to monitor one’s health are among the features that are most comparable to one another. A blood oxygen sensor, a heart rate monitor, sleep tracking, an accelerometer, and a gyroscope are included in the models of watches sold by both Apple and Fenix.

The electrocardiogram (ECG) app on the Apple Watch 7, which is not available on Garmin devices, is one of this watch’s most impressive and unique aspects.

Garmin has many functions to ensure that you are always connected to your loved ones and keep you safe while you are working out. Your smartphone and the Garmin Connect App are required for the operation of the safety features offered by Garmin. The following examples illustrate how the app’s storage of emergency contact information will come in handy:

You also have the option to disable these functions on your Fenix 7 if you do not believe that you require them.

Apple does not entirely lack safety features, but the company does not provide quite as thorough a safety aid on the Fenix 7 or any of their other smartwatches. Apple does have Emergency International Calling, Emergency SOS, and Fall Detection, all of which are essential features for people who are constantly on the move, whether they are athletes, travelers, or active people in general.

Apple Watch 7 vs. Garmin Fenix 7 in Terms of Overall Design and Available Features

The Apple Watch Series 7 and its previous iterations are, maybe not unexpectedly, considering Apple’s globally renowned design aesthetic, the option that is more in step with current fashion trends. The Fenix 7 has a significantly more polished appearance compared to other multisport watches manufactured by Garmin; yet, it cannot compete with the complete watch face design, sleek straight edges, and more compact nature of watches manufactured by Apple.

If, on the other hand, you prefer the look of a more traditional wristwatch, the Fenix 7 might be an excellent choice for you. The Fenix 7 has a conventional appearance, with a round face, a bezel, and a clearly apparent side button. This is despite the fact that it is not at all a cumbersome watch, considering the functionality and solar charging it provides.

Both of these smartwatches come with a wide range of personalization options and color selections, and neither of them has a limited selection of watch faces. Apple has just launched a feature called “portrait faces,” which enables users to apply photos of themselves, their friends, or even their pets to the face of their Apple Watch. Which case size you go with will determine the design possibilities available to you for either of these models.

On the other hand, Apple offers what appears to be an infinite number of design options by way of their band selection, the Nike and Hermes versions of the Series 7, and the price range that these options bring.

Display & Screens Comparing the Fenix 7 and the Series 7

Both of these more recent smartwatches have screens that are vivid, full of color, and simple to read. Nevertheless, the Apple Watch 7 has a resolution that is somewhat superior to that of the Garmin Fenix, regardless of the size of the watch that you purchase from either company.

The Series 7 screen on the Apple Watch 7 takes up the entirety of the watch face, and the bezel has been completely removed, giving the Apple Watch 7 a more contemporary appearance than the Garmin Fenix 7. With its relatively bulky casing and bezel, the model from Garmin is reminiscent of the classic design of a watch.

If you want a smartwatch that can do everything and also function as your phone, then the option that you make can be more straightforward. Because it is equipped with LTE, the Apple Watch 7 can replace your phone in situations where you don’t want to be burdened down, such as while you are working out. Although the Fenix 7 does not support LTE, it can still provide you with intelligent notifications whenever your phone receives a new text message, email, or phone call.

The most recent Garmin Forerunner 945 model does, in fact, come equipped with an LTE smartwatch. It is an extraordinarily adaptable sports watch that can link to either an Apple or an Android device and allows you to make phone calls directly from the watch.

Both the Apple Watch and the Garmin Vivoactive 3 may function as a “wallet” thanks to Apple Pay and Garmin Pay, respectively.

Battery Life Comparison of the Fenix 7 with the Series 7

When it comes to batteries for smartwatches, the Fenix 7 stands out in a number of essential aspects. In the first place, the Fenix 7 watch is available in a Solar variant, which means that it may be charged whenever it is exposed to sunlight. Second, the most significant amount of time it can function as a smartwatch is 28 days, while the highest amount of time it can function as a battery saver is 90 days. Because of this, the Fenix 7 is an excellent option for people who spend a lot of time outside, particularly people who go camping. Battery Saver Mode even allows for customization, allowing you to keep the features you require while removing the ones that aren’t necessary in order to preserve your battery life.

In contrast, the Apple 7 only has a maximum lifespan of 18 hours and does not have any power-saving modes that can be customized like the Fenix 7.

Apple vs. Garmin: Who Comes Out on Top?

Throughout the course of its smartwatch career, Garmin has made significant advancements. They have expanded their product offerings to include a wide range of sports watches and have made ongoing advancements in the areas of fitness tracking, health monitoring, and GPS capabilities. The Fenix 7 is an excellent purchase to make if you are an enthusiastic sports fan and athlete who enjoys outdoor activities such as camping, hiking, cycling, swimming, or perhaps a little bit of everything. This is a smartwatch that is most well-known for the precision and tracking capabilities of its GPS as well as its long-lasting nature (and if you are interested in a comparison of the Fenix 7 and 6, we have you covered).

Although Apple did make a lot of aesthetic and function upgrades with their Series 7 smartwatch, we still consider this to be more of a daily smartwatch than a piece of technology that is geared toward exercise. The Series 7 is not explicitly designed for individuals who participate in less strenuous activities; however, it does have a more affordable price tag due to the fact that it does not support solar charging and has fewer specialized functions. For Apple devotees, this product is just the next Apple accessory that won’t disappoint them in any way.