A Comparison Between the Garmin Fenix 6 and Forerunner 55 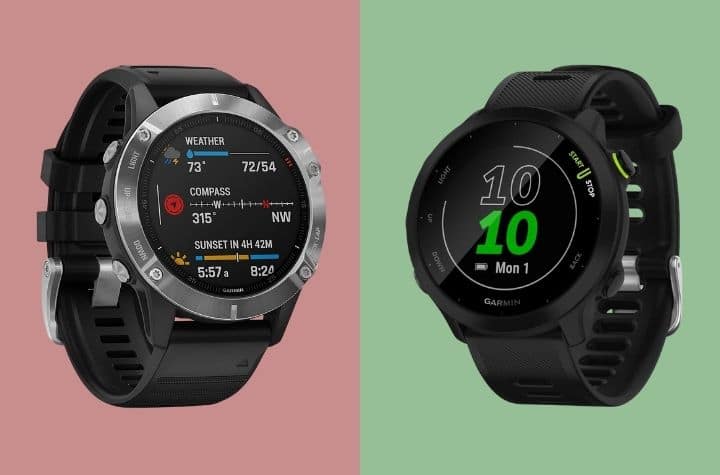 Key Attributes and Functions of the Fenix 6

What are the primary distinctions between the Garmin Forerunner 55 and the Garmin Fenix 6?

What Kind of Watch Suits You the Most?

As time passes, the technological sophistication of sports watches continues to improve. Because they continually showcase high-quality solutions for all active clients, Garmin has established itself as a leading brand in the market for sports performance watches. However, which watch would be most suitable for you? Although many of the available choices may appear the same, each one comes with a unique set of features and data tracking mechanisms. Because of the high quality of the Fenix 6 and the Forerunner 55 watches, we will compare and contrast the two in great detail. However, when pitted against one another, the Fenix 6 and the Forerunner 55, which one comes out on top?

The Fenix 6 watch, which will be available to consumers in August of 2019, is now one of Garmin’s most desirable offerings. The Fenix watches are a line of activity trackers specifically designed to keep tabs on your outdoor fitness endeavors and adventuring pursuits.

The previous Fenix 5 watch was replaced with the Fenix 6, which had an updated feature set and a more aesthetically pleasing design. Those who enjoy wearing sports watches will be pleased to learn that this brand-new model features several enhancements that make it more suitable for vigorous workouts. This is an excellent option for anyone interested in investing in a high-quality smartwatch because it comes equipped with GPS tracking, performance tracking, and adventure tracking functions. The high cost of this watch is the one significant drawback to purchasing it.

Key Attributes and Functions of the Fenix 6

Checking to see if the latest iteration of the Fenix 7 is available is something else you should do before diving into the Forerunner 55. However, you should anticipate paying a significantly greater premium for it.

Garmin’s Forerunner 55 is an entry-level running watch geared toward those just beginning their journey in the world of sports. This watch will be available for purchase in June 2021 for a price of $199.99, making it a more wallet-friendly option than other watches this brand offers. This is the natural next step before you invest in top-of-the-line sports watches if you have just started working out with simple fitness trackers.

Model 55 provides users with a variety of workout options, suggestions for recovery time, and controls that have been thoughtfully created. The watch also offers an intuitive user interface, which makes it available to a wide variety of people. The Forerunner 55 is a great watch to test out if you are interested in getting a watch at a beginner’s level or reducing the amount of money you spend on a watch.

What are the primary distinctions between the Garmin Forerunner 55 and the Garmin Fenix 6?

Are you still undecided between the Fenix 6 and the Forerunner 55 in terms of which one you prefer? This simplified analysis should make it much easier for you to determine which watch would be most suitable for your way of living.

The display on the Fenix 6 is 33 millimeters in diameter, making it larger than that of the Fenix 5. The display on the Forerunner 55 model is only 26.4 millimeters in size. Both watches utilize MIP LCD displays, each of which has a pixel density of 283ppi. The screen resolution of the Garmin Fenix 6 is 260 by 260 pixels, while the resolution of the Garmin Forerunner 55 is 208 by 208 pixels.

The Forerunner 55 is an entry-level sports watch. Therefore it just has an accelerometer and optical heart rate sensors instead of more advanced technologies due to the fact that the Fenix 6 is a more expensive and sophisticated watch option. It comes equipped with several different sensors, such as a compass, a barometer (also known as an altimeter), an accelerometer, a gyroscope, and an optical heart rate monitor.

Both watches are compatible with software designed for iOS and Android devices. The operating system known as Proprietary OS is compatible with the Fenix 6. However, the Forerunner 55 is not.

It is expected that the Fenix 6’s battery would last for up to 14 days when in smartwatch mode and up to 72 hours when GPS is enabled. When using GPS and music, the watch can keep the battery alive for ten hours, but when set to low power mode, the Fenix 6 may maintain its life for up to forty-eight days.

The Forerunner 55, on the other hand, has a shorter battery life of two weeks while it is in smartwatch mode and 20 hours when GPS systems are turned on.

When you buy a Fenix 6 watch, you can select from one of 28 different hues, so the timepiece can be individualized to suit your preferences. In addition, you have the option of picking from the Standard, Sapphire, or Solar editions.

The Forerunner 55 watch is offered in a single, streamlined form that can be customized in four different colors. The user can select their preferred color from among black, white, aqua, and monterra grey.

What Kind of Watch Suits You the Most?

In the end, the question of which fitness tracker, the Fenix 6 or the Forerunner 55, is superior comes down to a matter of personal preference: which one works better for you? The Fenix 6 is a more expensive and high-tech alternative, whilst the Forerunner 55 is a lower-tech beginner’s watch. Even though both of these watches offer outstanding sports-based functions, the Fenix 6 is a more advanced model. If you want a watch that can do everything, the Fenix 6 is definitely the ideal option for you because it includes features of high quality and is a more expensive choice. The Forerunner 55 is your best option if you want a fitness tracker that is less expensive and has fewer features than its more expensive counterparts. You could want to think about purchasing a model that falls somewhere in the middle of these two and features a touchscreen display, like the Garmin Venu 2, which also has two buttons, as an alternative to these two options.