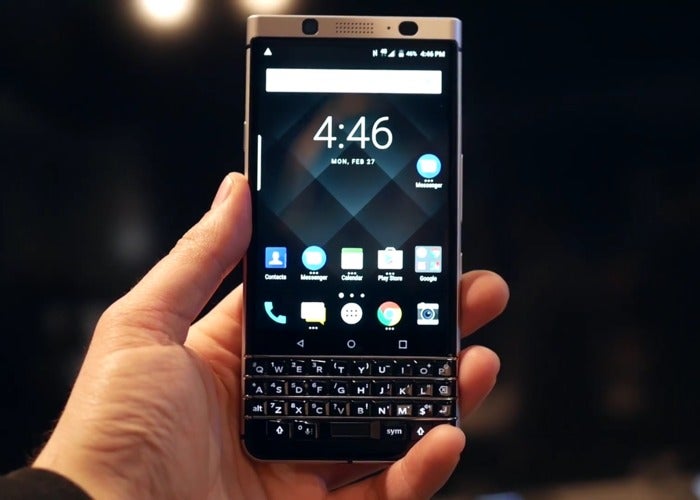 Android smartphones with physical keyboard? They exist, and these are the best

Although many find it uncomfortable, outdated and impractical, there are still people who prefer phones that have a physical keyboard . Whatever the reason that leads you to choose one of these terminals over a conventional smartphone, there is no doubt that this class of devices is not exactly popular in the times.

That is why today we wanted to collect some of the options that such users have, whose only desire when buying a new mobile phone is to be able to leave their fingers on the small keys of the keyboard while writing WhatsApp messages

Android smartphones with physical keyboard? They exist, and these are the best

BlackBerry does not go through its best moment, there is no doubt about that. Even so, since its return to the market with Android, the Canadian firm has remained true to its essence, integrating smartphones such as the PRIV, or more recently, the KEYOne , a physical QWERTY keyboard.

And the truth is, far from being a bad terminal, the BlackBerry KeyONE is a very attractive mid-range smartphone thanks to its body made of aluminum, a 4.5-inch screen with 3: 2 format, located just above a large QWERTY keyboard with gesture support, which also hides a fingerprint reader in the space bar.

At the level of specifications the KEYOne is not far behind. Inside it hides the Qualcomm Snapdragon 625 processor accompanied by 3 GB of RAM and a 3,505 mAh battery . It is worth mentioning that the 12-megapixel photo sensor that mounts the terminal is the same included in Google’s Pixel and Pixel XL, two of the best smartphones of 2016.

Do you know that the Samsung Galaxy S8 , one of the most popular phones of the year 2017, also has a physical keyboard? No, we have not gone crazy. As in previous generations of the Galaxy S line, Samsung offers in its store an official accessory for its current flagship, which allows you to attach a physical QWERTY keyboard that occupies almost the entire lower half of the front of the smartphone.

The best thing about this solution is that, since it is an accessory that barely occupies space, those users who prefer to type on a physical keyboard can take it everywhere and use it whenever they need to write long texts such as messages, emails or notes .

Either an original Moto Z or Moto Z Play, or one of the new Moto Z2 Play and Moto Z2 Force, it will soon be possible to make use of the modular capabilities of these terminals to use a large sliding QWERTY physical keyboard.

Only a while ago we showed you the Moto Mod created by the community that offered to the owners of this range of modular smartphones the possibility of using a keyboard like those before . Thanks to it, and the magnetic pins located on the back of the Moto Z, it is possible to attach this accessory that occupies the same size as the body of the device itself , in order to offer a greater separation between the keys, and therefore, a greater comfort when writing .

Now, finally, as stated in the Indiegogo crowdfounding platform , this project is very close to leaving the development phase to begin marketing.