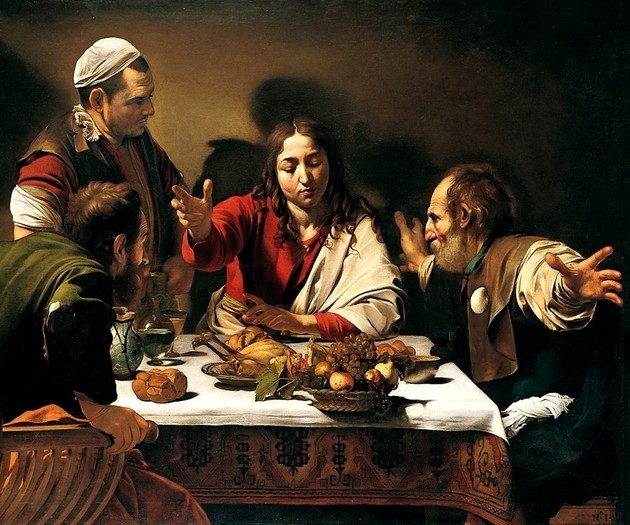 1. Exposes a taste for the elegant and the extravagant

2. Valorization of detail and excess of ornament

5. Contrast between lights and shadows

Historical context of the baroque (summary)

Baroque is an artistic style that dominated architecture, painting, literature, and music in Europe and Latin America during the seventeenth century.

For this reason, all the culture that corresponds to that period, including customs, values and social relations, are also called baroque.

The baroque emerged at the end of the Renaissance, and was manifested through the use of details of great ostentation and extravagance among the groups benefited by the wealth of colonization.

Next, we explain the main characteristics that marked the Baroque period.

1. Exposes a taste for the elegant and the extravagant 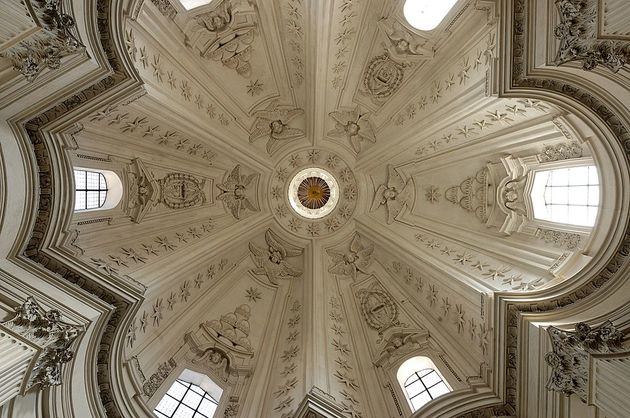 The aesthetic of Baroque art was characterized by being ethereal, elegant and extravagant, especially in architectural works.

The works have a particular way of representing the balance and symmetry of spaces. For example, the use of ornate columns, domes with lots of windows, columns with curvilinear shapes, among others.

2. Valorization of detail and excess of ornament 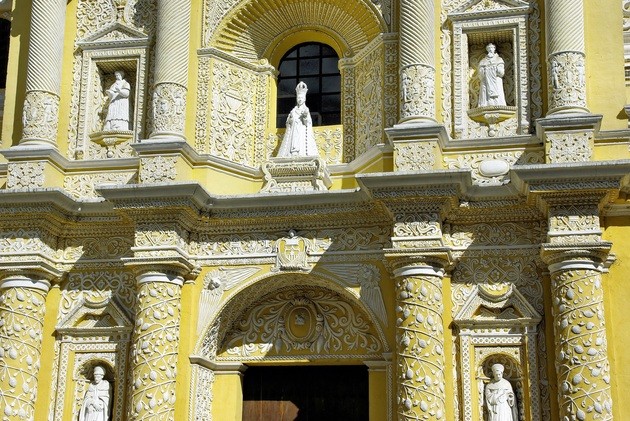 An excessive use of resources was made in order to give greater drama to the artistic representations and to move the viewer.

This can be seen, especially, in architecture and painting, where we can see works sometimes overloaded with ornaments. 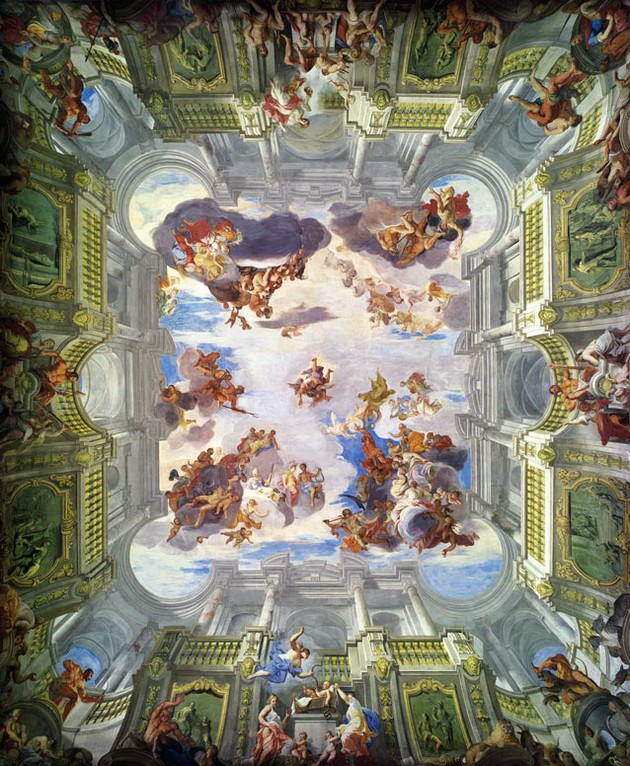 Baroque artists sought to expose emotion in their works to move viewers.

For this reason there was a great exhibition of religious themes, the use of chiaroscuro, realism and the representation of movement with curved lines to accentuate the sensations

In music sounds were intensified, in literature the meaning of words, in architecture forms and balance and in painting the use of shadows and lights.

Baroque artists demonstrated their taste for exposing the dualism and contradiction of human feelings. That is, of the heavenly with the earthly, of life and death, among others.

For example, in literature poets made excessive use of figures of speech to expose in greater detail the dualism and contradiction of human sentiments.

5. Contrast between lights and shadows

In the different artistic expressions of the Baroque, the taste for the contrast of lights and shadows is notorious.

In painting, the use of chiaroscuro is much more noticeable, since the light serves to highlight the main figure and gloom to overshadow the rest of the characters, spaces or figures.

Darkness is a marked contrast of light and shadow through forced lighting, as if a kind of spotlight illuminated a space in the middle of the darkness with a diagonal ray of light.

In sculpture, for example, relief and textures allow the effects of light and shadow to be noticeable. 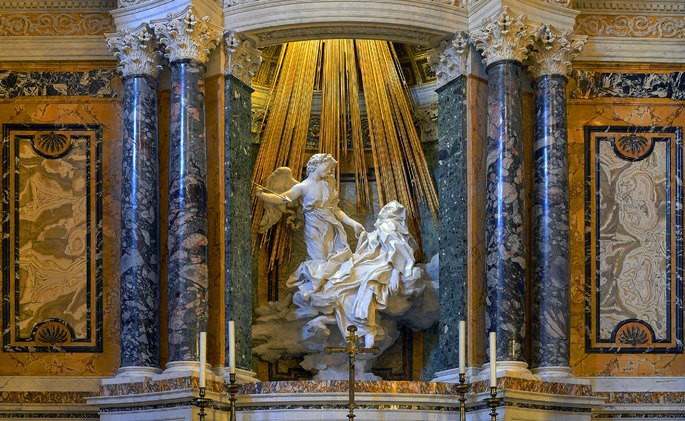 The use of colors, the play of light and shadows, as well as the use of curvilinear and concave lines and the new aesthetic balance implemented, gave the works a greater sense of movement.

Baroque artists also managed to perform various optical games depending on the position of the observer.

Representatives of Baroque art, in their various expressions, represented in their works the complexity, sensualism and temperaments of their characters. In painting, the faces and looks represented express a great diversity of feelings and sensations that convey intensity.

Baroque literature is characterized by exposing disappointment, that is, it shows the distance between what is imagined and what is reality. The poets expose in their works the anguish of living between reality and imagination.

Likewise, in the works there is a great pessimism and sadness caused by the difficult social circumstances, especially inequality, which were experienced at the time. There is great concern about the fleeting speed with which time passes, rapidly approaching old age and death.

Italy was considered the cradle of the Renaissance and Baroque art where various artists stood out.

Caravaggio (1571-1610): Characterized by the dramatic nature of his subjects, Caravaggio painted on religious subjects where he explored the contrast between light and shadows. His works include The Capture of Christ , The Flagellation of Christ , Death of the Virgin , The disciples of Emmaus , David with the head of Goliath .

Bernini (1598-1680): He was an outstanding Italian sculptor and architect. His works are characterized by the drama that permeated his works, as well as the notorious movement of human figures and their clothing. His works are in Rome and the Vatican, among these we can mention: St. Peter’s Square, St. Peter’s Baldachin , St. Teresa’s Ecstasy , Pope Paul V’s Busto , Fountain of the Four Rivers .

Borromini (1599-1667): Francesco Borromini was an Italian architect and sculptor. His works are characterized by the use of light, wavy shapes in the upper levels of the churches and the design of oval domes. He also had a taste for decorating the facades with a large number of ornamental elements, among others.

Andrea Pozzo (1642-1709) - was a prominent Italian architect, painter, and decorator who was noted for his mastery of fresco and his ability to create realistic perspectives on flat surfaces.

Among his works are the Glory of Saint Ignatius , Guardian Angel , Apotheosis of Hercules , the ceiling of the noble hall of the Liechtenstein palace in Vienna, and the false dome of Saint Francis Xavier.

These poets and writers made the best literature of the seventeenth century, assimilated by the rest of Europe from the second half of the eighteenth century.

The literary works of the Spanish Baroque are characterized by conceptism and cultism. That is to say, the use of literary references to shape the content was valued, as well as putting ingenuity to expose certain ideas and concepts.

“I,” he said, “do not know who I am or who gave me being, or why he gave it to me: how many times, and without voices, I asked myself, as foolish as it was curious!” Well, if asking begins with ignoring, I could hardly answer myself. Argüíame perhaps, to see if determined I would exceed myself; I was duplicating myself, although not singular, to see if apart from my ignorance I could fulfill my desires. You, Critilo, ask me who I am, and I want to know about you. You are the first man that I have seen to date, and in you I find myself portrayed more alive than in the mute crystals of a fountain that many times my curiosity requested and my ignorance applauded. 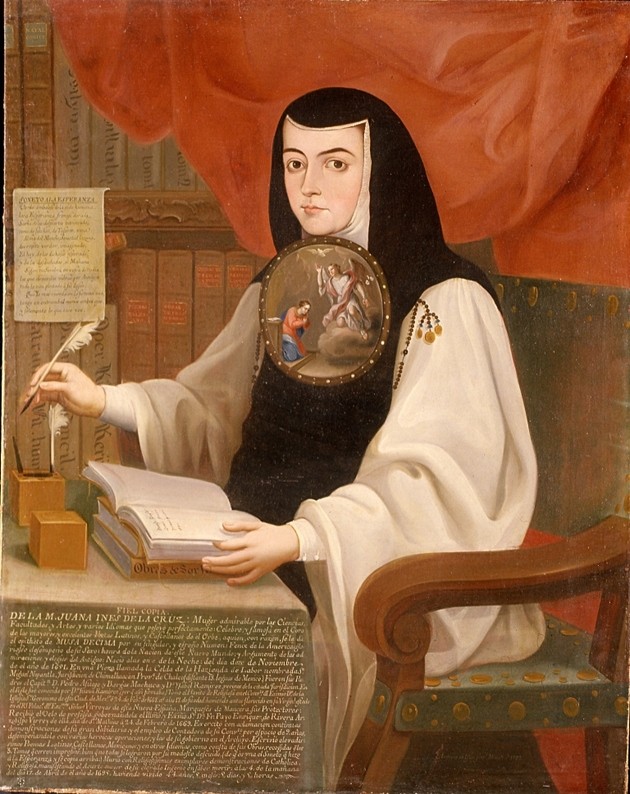 The baroque came to the countries that make up Latin America during the colonial period between the seventeenth and eighteenth centuries. These baroque expressions came from Spain and spread throughout the viceroyalties that had been established in America.

In this way, the Spanish-American baroque is characterized by providing characteristics of the cultural expressions of each region of America. This can be seen in various architectural, sculptural, pictorial and literary works.

For this reason, a marked originality can be appreciated in the baroque expression in Latin America, made up of European and indigenous traditions that seek to express the affirmation of an identity. To do this, the artists used various techniques that can be seen in the works.

The main characteristics of the Baroque in Latin America are:

The countries where there was a greater boom in the Baroque were Mexico, Peru, Panama, Cuba, Colombia, Ecuador, Argentina and Chile.

Among the most prominent artists, the following can be mentioned:

Historical context of the baroque (summary)

The Council of Trent, held from 1545 to 1563, caused great reforms in Catholicism in response to Martin Luther’s Protestant Reformation. Thus, the authority of the Church of Rome was powerfully reaffirmed, after losing many of the faithful.

The Society of Jesus, recognized by the pope in 1540, came to almost completely dominate teaching and played an important role in the dissemination of Catholic thought approved by the Council of Trent.

The Inquisition, which was established in Spain from 1480 on, threatened freedom of thought. Therefore, the climate was one of austerity and repression.

It was during that time that the so-called baroque artistic movement developed into an ecclesiastical art that wanted to spread the Catholic faith.

At no time as in the Baroque era has such a large number of churches and chapels, statues of saints and sepulchral monuments been built.

The Church was associated, in many places, with the State. In this way, baroque architecture, which was previously only religious, also emerged in the construction of palaces with the aim of causing admiration and transmitting power.