What is baroque painting?

Baroque artists and their works

We explain what baroque painting is and what its historical context was like. Also, what are its general characteristics and classification.

What is baroque painting?

This movement was characterized by the rise in certain countries of the cultural values of Catholicism and its entry into the Renaissance , often embodied in various forms of art : literature , music , dance and also painting .

Baroque as an artistic style is initially linked to the Catholic Counter-Reformation and the absolutist monarchical ideology, but it is also possible to identify it in the work of artists belonging to Protestant and non-absolutist nations.

This ratifies its popularity and importance in its historical context. It originated on the European continent but was transmitted to its colonies, especially in Latin America .

Baroque painting reflected the importance of religion in Catholic countries, as well as bourgeois taste in Protestants, and was characterized by realism , richness and intensity of colors, as well as a strong contrast between light and shadow.

The Baroque arose in Europe at a time of great tensions between the two great Christian sects : Catholicism and Protestantism, following the Lutheran reform and its Mediterranean response, the Counter-Reformation.

At that time, European countries were divided between absolutists and parliamentarians : the former endowed with a king whose will was indisputable and the latter with a parliament that counterbalanced him.

In the parliamentarians, the local bourgeoisie accumulated new powers and the foundations of the coming capitalism began to be laid . 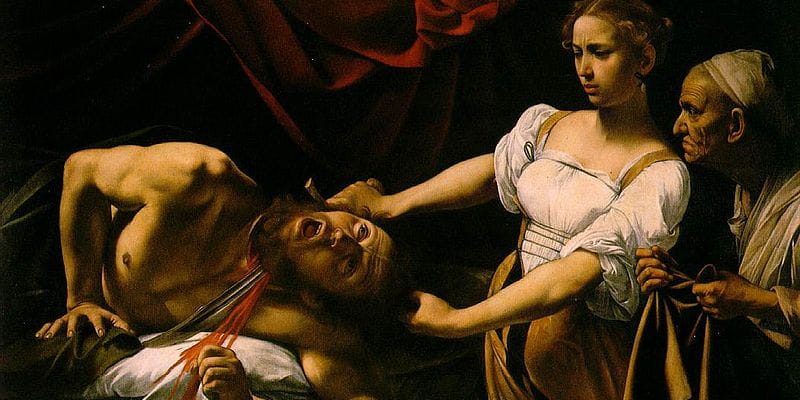 Baroque painting was characterized by the search for realism.

Baroque painting witnessed the birth of new pictorial genres , such as still lifes, vanitas and costumbrista paintings, which enriched the religious iconography inherited from the Middle Ages .

It was characterized by the search for realism through sensationalism (trompe l’oeil is common) and a certain theatricality.

Light and color became the main protagonists, responsible for producing depth and perspective, more than lines and strokes.

The forms were particularly abundant (as was the case in all the arts of the baroque) and the paintings were filled with volume and detail , in what for many constituted the total mastery of pictorial techniques, both with oil and fresco. 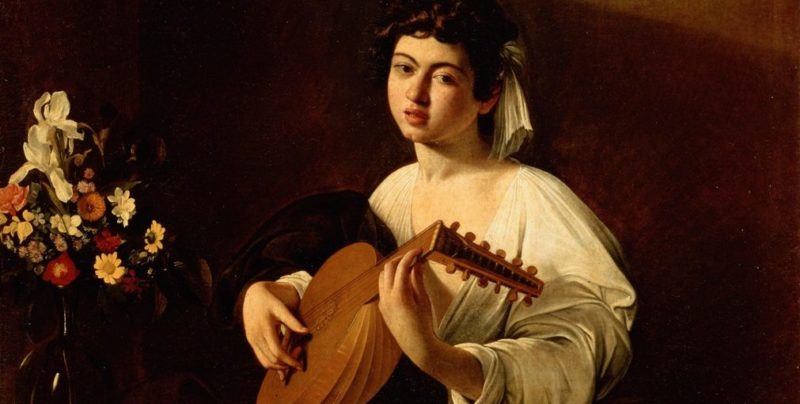 Italian baroque painting aspired to a break with the prevailing mannerist style during the 16th century, frowned upon in the baroque era.

Two groups of painters undertook this task: on the one hand Michelangelo Merisi da Caravaggio and naturalism , and on the other the brothers Ludovico, Agostino and Annibale Carracci.

The first group followed in the footsteps of Caravaggio, dealing with everyday issues from a somewhat gloomy perspective , through light and chiaroscuro effects. The idea of beauty was lost in the desire to represent bodies as they are, with an abundance of details and without artifice or aesthetics.

The second trend was framed in classicism , took painters like Michelangelo and Raphael as an influence and claimed the Greco-Roman mythological imagery. In his paintings the light is soft, the color too and they often painted frescoes on the ceilings or walls.

Baroque painting in Spain reached a moment of great genius and relevance , within the framework of the period known as the Golden Age .

Given the enormous explosion of talent in various arts, and despite the deep economic crisis that the country was experiencing, Madrid, Seville and Valencia were the main enclaves of Spanish Baroque painting, with a frank Catholic theme (many of his works were commissioned by the Church ).

The realism of the paintings, thus, whose multiple light sources generate abundant shadows, in large and complex paintings with a lot of movement , will be used by the church as a mechanism to accentuate the passion in the faithful.

Many Spanish painters of the time accused the influence of Caravaggio and Italian tenebrism. 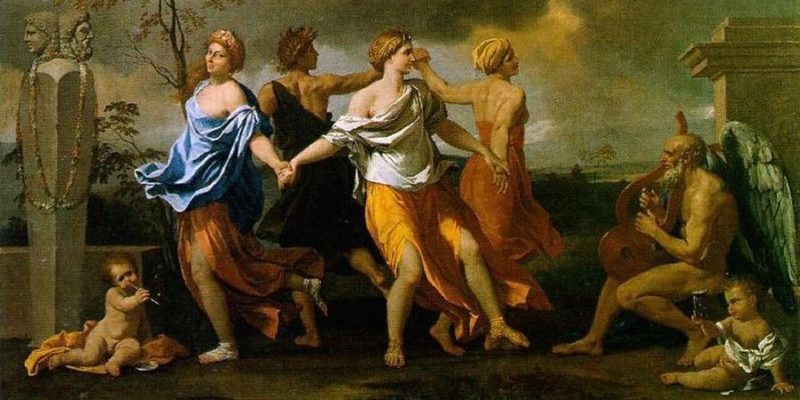 Nicolas Poussin was one of the great French Baroque painters.

In France she prevailed for the time mannerism , and the influence of the Baroque did become a classicism quite sober, usual in the decoration of palaces and rich in portraits and mythological themes.

Although there were great Baroque painters such as Nicolas Poussin , the influence of the Baroque did not crystallize in France until later, giving rise to the Rococo style .

Two great baroque geniuses emerged in Flanders and Holland: Pedro Pablo Rubens and Rembrandt Harmenszoon van Rijn . The Antwerp School was one of the great centers in which Flemish Baroque painting flourished, while the Dutch School was constituted in a less exuberant version, similar to the primitive Flemish style.

Baroque artists and their works 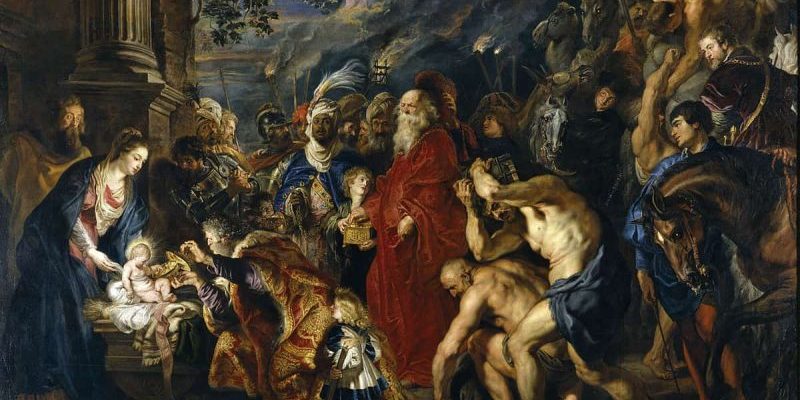 The Adoration of the Magi (1629) is a Baroque work by Rubens.

The baroque was lavish in great artistic figures, who left their mark forever. In painting, artists such as:

Born in Rome in the 17th century and spread throughout the European absolutist states until the 18th century, Baroque architecture was characterized by its frequent use of points , curves, ellipses and spirals, as well as complex and polycentric figures.

He relied heavily on painting and sculpture for the creation of his exuberant , theatrical settings , which worshiped the monarchs who had commissioned them. 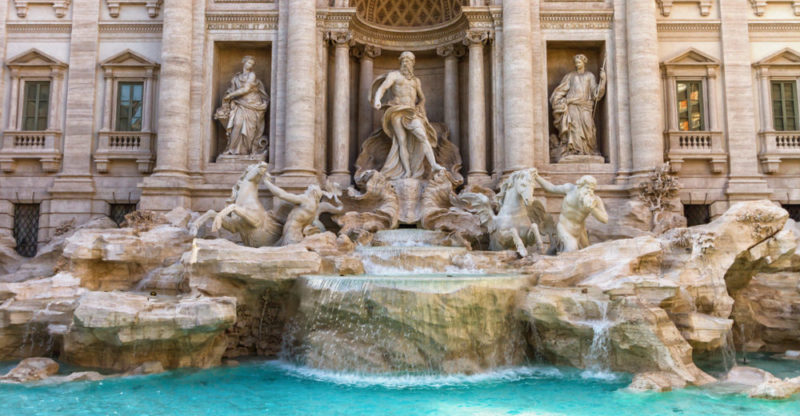 Baroque sculpture was closely integrated into architecture and urban planning.

Like painting, baroque sculpture aspired to represent the body in a natural way , without judging or idealizing it, and identified with the counter-reformist spirit of Catholic and religious tendencies, without neglecting Greco-Roman mythological motifs.

It was also widely integrated into architecture and urban planning , serving for the planning of squares, gardens and other public and private environments.

The next step in Baroque painting was Rococo , born in France and spread to the rest of Europe during the 18th century.

His themes glorified faith and civil power and served as a reflection of the rather carefree way of life of the European elites. In addition, it accompanied the emergence of the French Enlightenment , a philosophical model that would change the entire world.