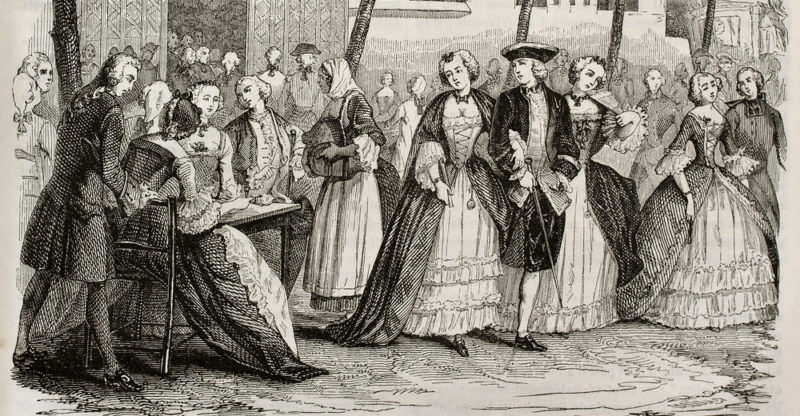 What is the Bourgeoisie?

Origin of the term Bourgeoisie

Origin of the bourgeois

Importance of the bourgeoisie

Differences between bourgeoisie and aristocracy

Differences between bourgeoisie and proletariat

Values of the bourgeoisie

We explain what the bourgeoisie is, how it originated and the values it upheld. Also, what are its general characteristics and examples.

What is the Bourgeoisie?

The term bourgeoisie is usually referred to as the wealthy, owner and capitalist middle class , although this term can be used with various ranges of nuances in political, economic, sociology and history philosophy . The term, as well as the social class to which it refers, has varied over time since its appearance in the late Middle Ages .

For the Marxist school of thought , for example, critical of the capitalist system , the bourgeoisie represents the social class of the owners, owners of the means of production , who subsist from the exploitation of the labor of the proletariat (workers’ sector) . At present the term can be used in a derogatory way: “parasitic bourgeoisie”, “exploiting bourgeoisie”, and so on.

Those individuals belonging to these social strata are called “bourgeois” , and are associated directly with the economic power of industrial societies.

Origin of the term Bourgeoisie

The terms bourgeois and bourgeoisie come from the Middle Ages, when it was used to refer to the inhabitants of the “boroughs” : new parts of medieval cities in which this merchant middle class predominated, devoid of noble titles (such as the aristocracy) but with a standard of living far superior to that of the peasantry.

Origin of the bourgeois 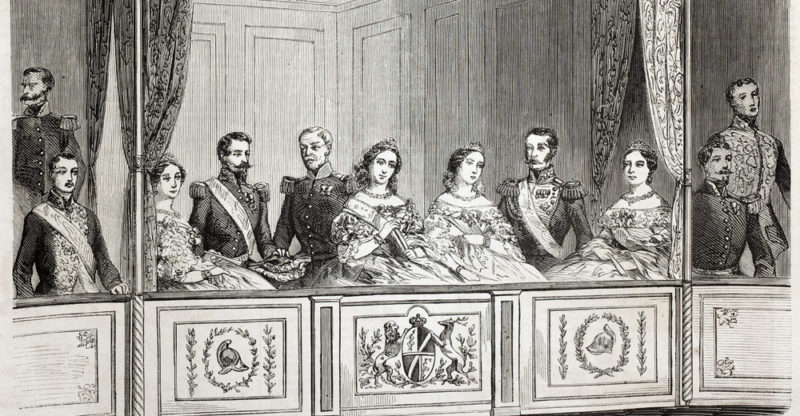 The bourgeoisie gained power when money began to matter more than a noble title.

The expansion and empowerment of the bourgeoisie was key in the transition from the feudal to the modern system. The bourgeois were not subject to any feudal lord , but they were the class that accumulated monetary wealth and soon emerged as a new element of power, independent of the clergy and aristocracy.

In fact, many impoverished aristocrats crossed their families with wealthy bourgeois to economically save their family and thus shared the nobility of their lineage with the great commoner merchants.

With the passage of time, money became much more valuable than noble titles , as markets grew, knowledge was democratized and the feudal caste system collapsed along with absolutism .

A distinction is usually made between different bourgeoisies, such as urban or rural, but above all between the upper bourgeoisie and the lower bourgeoisie: 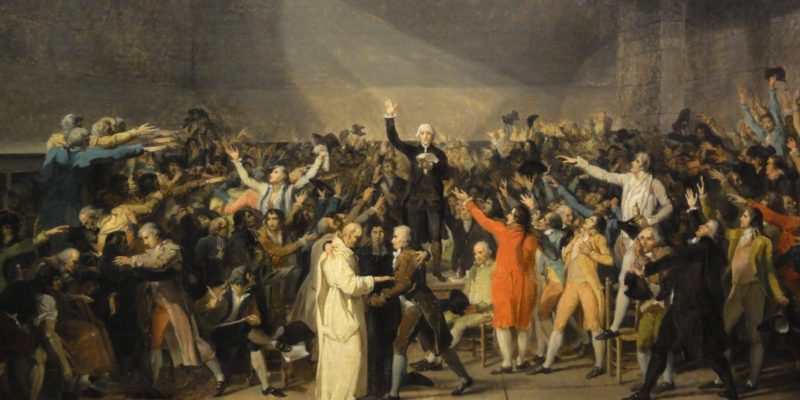 The bourgeoisie emerged as the new stratum of power.

The bourgeois revolutions are known as the processes of profound change that the emergence and triumph of this social class meant for the West . They tend to be historically located in the 18th century , when the drastic revolutionary cycle that put an end to absolutism through popular revolts and the conception of a new society free of feudal values began. A perfect example of this is the French Revolution of 1789.

In this new order, the financial and industrial bourgeoisie , owners of the trade routes and the means of production respectively, emerged as the new stratum of power.

Importance of the bourgeoisie

The bourgeoisie, as is clear from its historical role between the Middle Ages and the Modern Era , played a very important role in the articulation of new values and new philosophies of life, which replaced the feudal and religious typical of medieval society.

Although it is accused of having yielded to power , the truth is that they displaced the Old Regime and allowed the rise of a social order more focused on the amount of wealth and not on the nobility of origin.

Differences between bourgeoisie and aristocracy 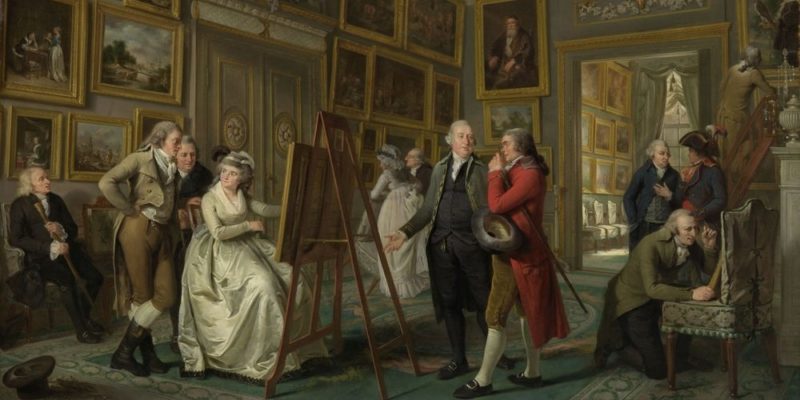 The aristocrats were of noble origin and the bourgeoisie the ability to generate money.

The aristocracy was the class that held power in the feudal order . The members of this caste shared a noble origin, that is, they came from houses of military heroes related to the monarchical authorities who were considered chosen by God for the management of society and were the great owners of land and property.

The bourgeoisie, on the other hand, did not possess nobility of origin or large estates, but they did possess the ability to generate and manage money , which in the long run proved to be more influential in the order to come.

Differences between bourgeoisie and proletariat

The proletariat (in the capitalist world) or the peasantry (also in the feudal world) was made up of the lower classes of society , who had nothing to offer other than their labor force, their strength and their capacity for work .

In medieval times they worked for a feudal lord who in return protected them , administered local justice and shared the fruits of their efforts with them.

In the modern capitalist era, the proletarians worked for the bourgeoisie , which owned the means of production and marketing: factories, farms, shops, etc.

Values of the bourgeoisie

The bourgeoisie proclaimed public freedoms other than religious ones.

Summarized in the motto of the French Revolution: “Liberty, equality, fraternity” , the values that the bourgeoisie introduced into society (through the currents of enlightened thought and encyclopedism during the 18th century) proposed a radically different world in the that the ideas of freedom , progress, innovation , individuality, work and equality were central.

The rule of law with its division of political powers (contrary to feudal absolutism), social mobility (contrary to caste society) and civil and public liberties (contrary to the ecclesiastical religious order) and even the Republic and democracy , are all consequences of the bourgeois historical triumph.

The defeat of the aristocracy by the insurgent bourgeoisie also modified the prevailing system of protocol and courtesy , since formerly only feudal lords had surnames (to demonstrate their ancestry) and were treated with noble titles.

Since the bourgeois revolutions, various democratically distributed treatments emerged in society , such as “ citizen ” (during the French Revolution) or Lord (” monsieur ”: “my lord”) and other variants such as “gift” (from the Latin dominus , that is, “sir”). 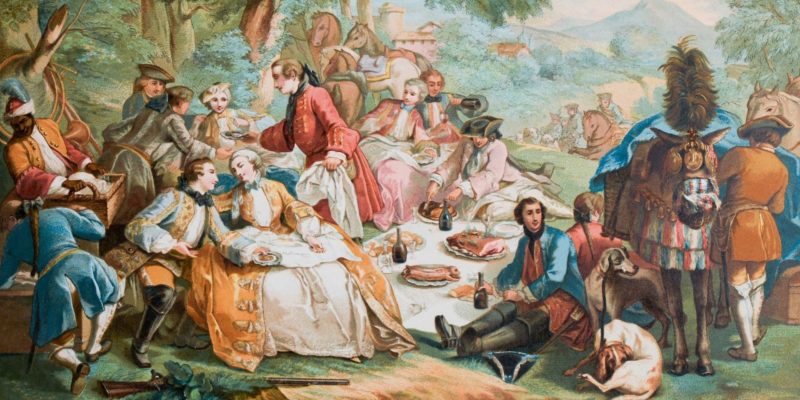 The bourgeoisie would become the new power in Western society.

The bourgeois imposed their culture on art , morals , ethics , customs and manners. These modern values, however, changed over time and became more and more lax, as the bourgeoisie became the new conservative force of power in Western society and revolutionary movements of the working class and proletariat began. , who sought to subvert the bourgeois social and political order.