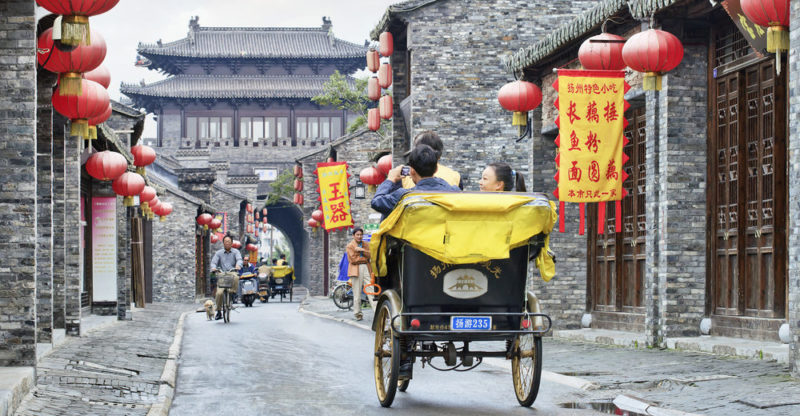 What is Chinese culture?

We explain to you what Chinese culture is like, what its language is like and the religions it practices. In addition, its characteristics, gastronomy and more.

What is Chinese culture?

Chinese culture is a set of beliefs, customs and artistic expressions that extends over a wide territory and combines elements transmitted by hundreds of generations with the creations of today.

It is one of the oldest cultures in the world and much of the thought and customs founded thousands of years ago are still preserved.

The complexity of this culture is due not only to its antiquity but also to the vast territory it represents, which includes a wide variety of traditions and even languages depending on the province or even the town.

Despite encompassing 58 recognized ethnic groups in a single Chinese identity , common characteristics can be found that point to the same identity.

Due to the great extension and the variety of collectivities that compose it, in China there are eight linguistic groups within which there are also various dialects.

The official Chinese language and therefore the most widespread language is a standardized form of Mandarin Chinese. Used by more than 800 million people , it is the language with the largest number of native speakers and total speakers in the world.

Mandarin is a set of dialects that began to form in the sixth century, the standardized version was configured at the beginning of the twentieth century , to facilitate the communication of the population . It is based on the Mandarin form used in the city of Peking (Beijing). 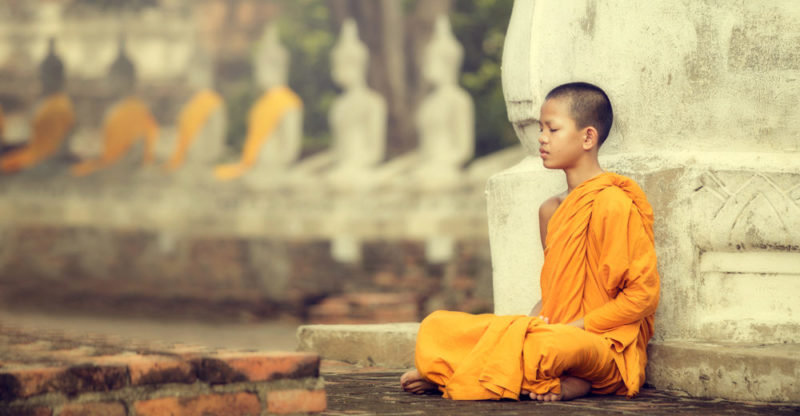 Buddhism is a philosophical doctrine that originated in India.

Religion is one of the main elements of culture , since in many cases it defines not only a way of thinking but also includes multiple artistic expressions for ritual purposes.

The main religions of China are:

Taoism is the basic philosophical system of Chinese culture. Although it has a religious branch, it is mainly a philosophy that is presented as a “way” (translation of tao). It is based on the writings of the philosophers Lao Tzu and Zhuanzi .

The path of Taoism leads to “immortality” which, in this philosophy, is understood as the self- improvement of one ‘s own being in harmony with its environment.

The symbol of Taoism is the Yin Yang , which represents the duality that applies to everything in the universe. Yin is the feminine, earth, darkness, and passivity. The yang is the masculine, the sky, the light and the activity. 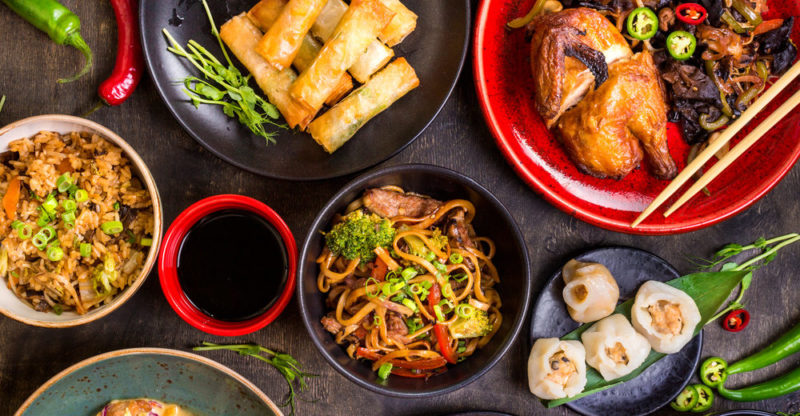 Chinese food is usually eaten with a pair of chopsticks.

Gastronomy is a fundamental part of Chinese culture as it is a heritage that has been passed down for hundreds of years. In addition, it is closely related to Chinese philosophy and medicine.

All Chinese food must contain fan (cereals, such as rice) and cai (vegetables and, in general, everything that accompanies cereals) . On the other hand, the resulting dish can be considered yin (feminine) if it is tender and rich in water , like fruits and vegetables; or yang (masculine) in the case of fried, spicy and meat-based dishes.

The history of Chinese literature dates back to the 16th century BC . and covers a wide range of genres, prose and poetry . Since the 5th century AD there is evidence of works of literary criticism. In addition, the texts of philosophers such as Confucius, Laozi or Sunzi had a value not only intellectual but also aesthetic.

Classical Chinese books include Yi Jing’s Book of Changes and Sun Tzu’s The Art of War. 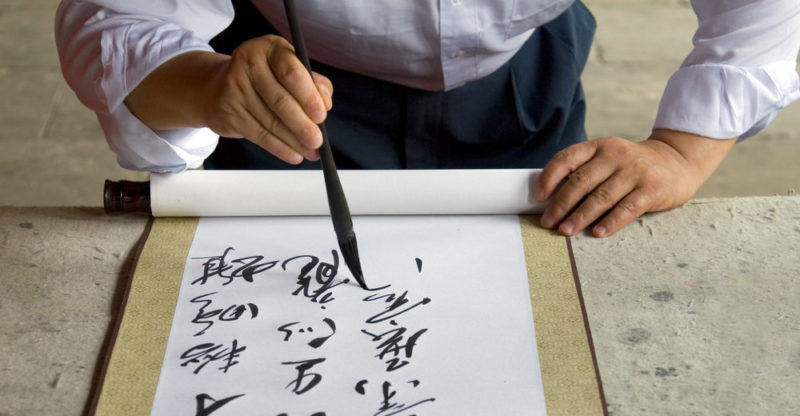 Brush calligraphy is written on rice or silk paper.

Calligraphy is the art of writing the signs of a language . The complexity and richness of Chinese writing has allowed calligraphy to develop as its own artistic expression that exceeds literature and combines visual beauty with the meaning of the written word.

Brush calligraphy is written on rice or silk paper . But some of the characters that are used today had their origin more than three thousand years ago, when the stylized forms of the brush could not be used, but it was written through seals. 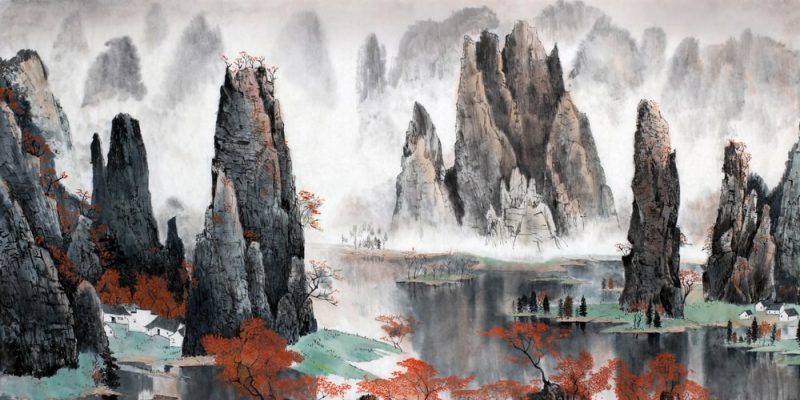 Chinese painting is characterized by its level of detail on rice paper.

Traditional Chinese painting emerged as an offshoot of calligraphy . That is why he stands out in his attention to detail and uses the same elements: brushes, ink and rice paper .

Unlike the writers and painters, the ancient Chinese sculptors are unknown today.

Traditional sculpture mainly fulfilled a religious function , which is why the vast majority represents teachers, deities and heroes.

The Hanfu was a silk robe that reached to the knee.

The earliest traditional Chinese clothing is called Hanfu and first appeared in the 2nd century BC . It was a silken robe that reached to the knee and a narrow skirt that was worn over the robe and reached to the ankles. It was used by both men and women. It is still used in special celebrations.

The customs and art forms of a culture can be observed at festivals. In China, the Spring Festival is especially celebrated, which marks the start of the Lunar New Year (late January or early February). Two weeks later, the Lantern Festival is celebrated, with which the Buddha is commemorated .