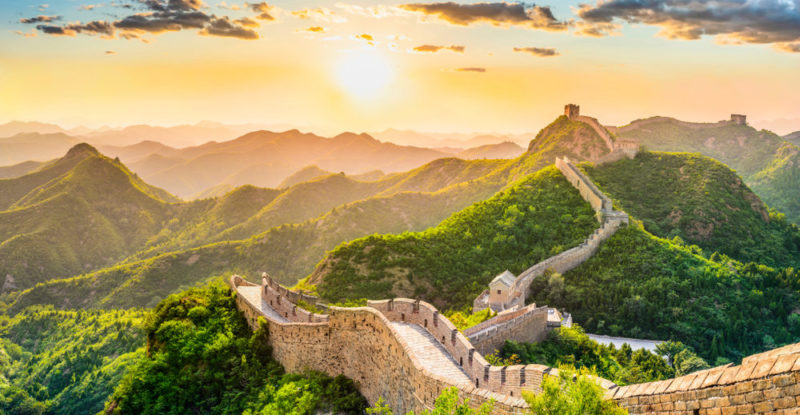 What was the Chinese Empire?

Location of the Chinese Empire

Origin of the Chinese Empire

Cultural characteristics of the Chinese Empire

Economy of the Chinese Empire

We explain what the Chinese Empire was, how it originated and the different stages it has. Also, its general characteristics, religion and more.


What was the Chinese Empire?

By the Chinese Empire is meant an extensive period in the history of the Chinese nation under the rule of an emperor . This empire extends chronologically from the Qin dynasty (221 BC) to the Qing dynasty (1912 AD), interrupted only by civil wars or the eventual division of the Empire’s territory into various kingdoms.

Also known as the Chinese Empire is a monarchical Chinese state with a very short existence, created by General Yuan Shikai between the end of 1915 and the beginning of 1916 with the purpose of restoring the imperial tradition of that country, interrupted by the advent of the Republic of China in 1912.

The two cases should not be confused, although they are two stages in the political life of the same nation . In this article we will refer mainly to the vast imperial tradition of ancient China .

Location of the Chinese Empire

The Chinese Empire greatly varied its borders over time , depending on the dynasties that ruled it, which were nothing more than families of the nobility who occupied the leading political role of the monarchy .

Some of these periods covered small patches of present-day China , while others surpassed it and took over Mongolia and parts of Russia and Japan , such as the Yuan (1294) and Qing (1892) dynasties.

Origin of the Chinese Empire 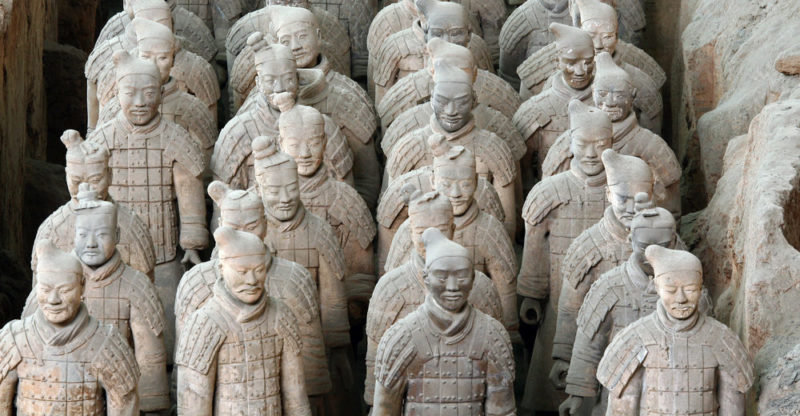 For centuries, the Chinese territory was governed by different independent kingdoms , each one endowed with a name and even its own language .

Eventually, after a period of wars called “the warring kingdoms” dating from sometime in the 5th century BC, these fiefdoms were unified into a single great nation by the Qin dynasty in 221 BC. The architect of conquest and unification was Qin. Shi Huang and his mighty army. 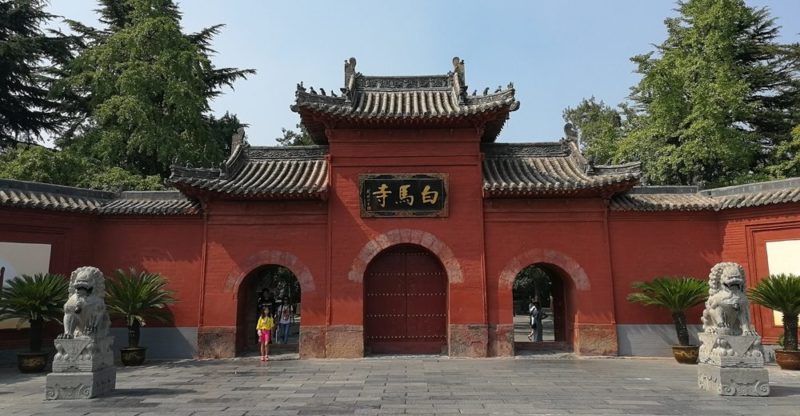 The Qin were defeated and replaced by the Han.

The first stage of the Chinese Empire thus began with the Qin dynasty , a government that ended five centuries of feudal struggle through an absolute central monarchy, at the head of which was the first Emperor of China.

This kingdom was divided into 36 provinces and dedicated its efforts to their intercommunication through roads and transport routes, as well as to the unification and standardization of measures, coins and code of laws .

The unification of writing and the start of the colossal Great Wall of China , to defend the limits of the Empire from the attacks of nomadic Mongolian tribes were particularly important during this period.

By 206 BC the Qin were defeated and replaced by the Han , who ruled for four centuries and introduced Confucianism to the state .

This period also culminated in AD 220, when the Empire split into three separate kingdoms: Wei, Shu, and Wu . It was the first step into the era of the Six Dynasties, a prolonged period of division and internal wars that ended around 589, when the Sui dynasty defeated all its rivals. 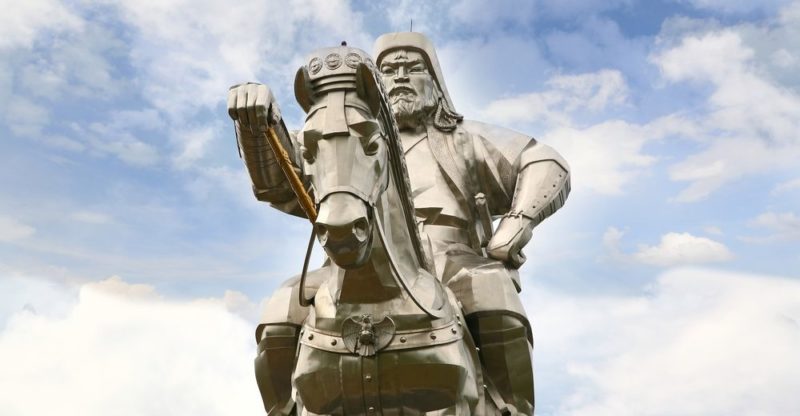 The Chinese Empire fell to the successors of Genghis Khan in 1279.

The Sui dynasty ruled for a short time , but reunited the disputed kingdoms. They were prone to major public works like the Grand Canal and the renovation of Chinese state structures that would last for centuries.

They were eventually defeated in 618 by the Tang Dynasty , who ruled for three centuries and fell in 907, plunging the kingdom into a period of upheaval that was dubbed “The Five Dynasties and the Ten Kingdoms.”

The northern tribes were unified in the Northern Dynasties and the interior of China was reunited by the Song dynasty in 960 , inaugurating a period of advances in technology , economy and culture , the scene of the rise of Neo-Confucianism. This period is known as the Golden Age of China.

In 1279 China was conquered by the Mongol Empire , in the hands of Genghis Khan’s successors. This people controlled the whole of the nation, reunited their government, called the region “Manzi” and left it in the hands of a dynasty created by them, the Yuan.

The Late Empire began with the fall of the Mongol Empire and the return of the Chinese dynasties, which were the Ming and the Qing, the latter. This period culminated in numerous defeats of the Empire at the hands of foreign powers such as the British Empire (in the Opium Wars) and a situation of unrest and instability that forced the Qing to a series of institutional reforms.

However, the disastrous Sino-Japanese War that culminated in 1895 by wresting control of the Korean peninsula and the island of Taiwan from China, caused enough unrest among the population to dare more substantial reforms. Sun Yaet-sen led the republican forces until unleashing the Xinhai Revolution (or Japanese Revolution of 1911) in which a military uprising took place that formally put an end to the Chinese Empire.

Cultural characteristics of the Chinese Empire 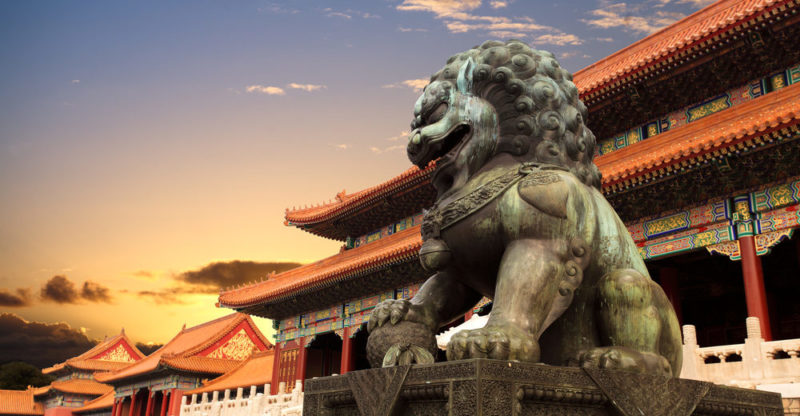 The Empire had great moments of cultural development.

The Chinese Empire, as well as the current Communist Republic of China, presented an enormous cultural and linguistic variety , inherited from the different and ancestral kingdoms that were forcibly unified to give rise to the Empire.

However, the unified culture had enormous moments of cultural development , at the hands of the philosophical and bureaucratic doctrines of Confucianism and Neo-Confucianism, and of religious influences such as Taoism.

The Ming Dynasty is famous for its 50 years of economic , commercial and artistic brilliance , of which numerous vases, imperial relics and other precious artifacts bear witness to the abundance of mineral resources and the dedication of the artisans of the time.

The Chinese Empire cultivated a religion typical of the Chinese people, of a polytheistic and shamanic, animistic type , which has Buddhism , Confucianism and Taoism among its deep roots .

It is a syncretic religion, difficult to define and separate from other neighboring aspects , which includes the cult of the stars, ancestors and some forms of witchcraft, as well as eight primary deities called “The eight immortals.”

Economy of the Chinese Empire 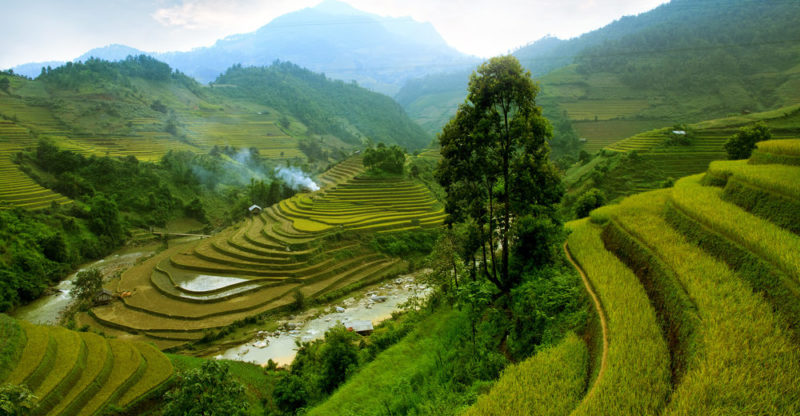 The engine of the Chinese Empire was agriculture.

The Chinese Empire had great times of commercial and financial splendor , especially during its moments of calm and organized and centralizing management.

Its great infrastructure works, its powerful army and its influence over neighboring regions made it an important center for the exchange of merchandise.

The most robust muscle of the Empire was agriculture, directed on the basis of imperial needs , especially tea, sugar cane, rice, wheat and barley. Another important area was mining , abundant in copper , gold , iron and lead . 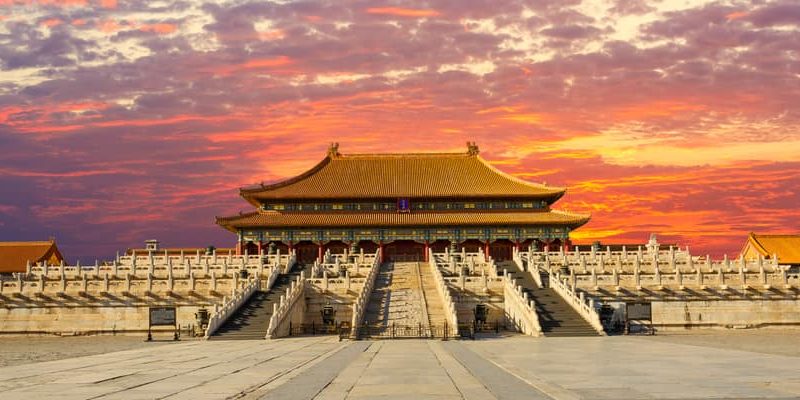 The ROC was the form of government that succeeded the Empire beginning in 1912 . It lasted until 1949, when the Chinese Civil War ended with the victory of Mao Tse Tung and the communist revolutionary forces.

From then on, the country was renamed the People’s Republic of China and the forces of the former Republic had to go into exile on the island of Taiwan, where they still rule.

The Chinese Empire of 1915-1916 was the failed attempt by the military Yuan Shikai to return the ROC to its imperial tradition , in a very brief dictatorial and later constitutional monarchical government, which had many opponents. The end of this fleeting empire plunged China into the era of the Warlords (1916-1928).