What is the crocodile?

Crocodiles in danger of extinction

We explain what crocodiles are, what their anatomy is like, and the habitat in which they live. Also, what are its characteristics and reproduction.

What is the crocodile?

The crocodile is a reptile that includes 14 current subspecies. It is a semi-aquatic animal of tropical climates, with distribution in various continents: Africa, Asia, America, and Oceania.

The current species present very few differences with respect to fossil specimens which are estimated to be 55 million years old.

The specimens of the largest species can measure up to 6 meters in length and weigh up to 800 kg.

Like other reptiles, they are ectothermic, meaning that their body temperature is not controlled by internal mechanisms of the body but by their behavior. For this reason, they remain in the sun to warm themselves, and to cool down they take refuge in underground burrows or in the water. 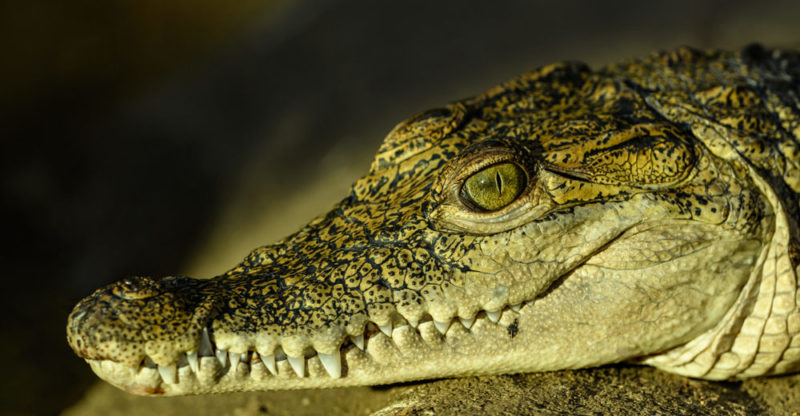 The crocodile’s jaw allows it to break mollusk shells and bones.

The body of crocodiles is flat and elongated. The tail accounts for almost 50% of the total length. The ventral area is lighter in color than the upper part, and it is also softer. The upper part in most species is protected by ridges and bony ridges.

Crocodiles have elongated mouths, their teeth sharp and powerful in the jaws, allowing them to break shells of mollusks and bones of other animals.

Because all four limbs are short, crocodiles move very slowly on land compared to their agile movements in water, especially in shallow parts. On land, its maximum speed is between 2 and 4 km / h.

In the water, the webbed feet facilitate their speed but their movement is governed mainly by the tail. 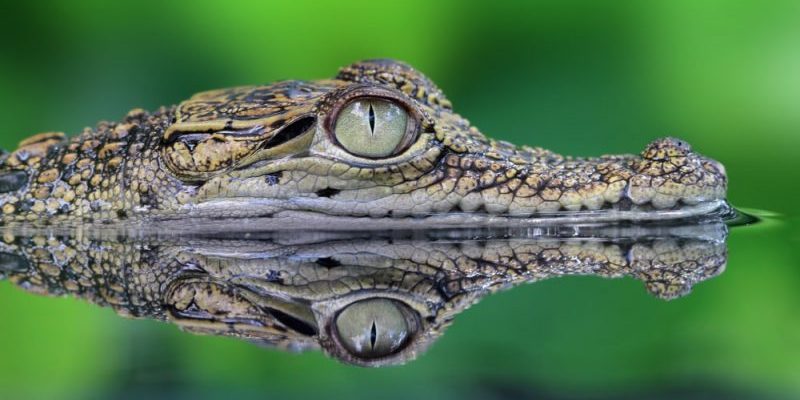 Sight and smell are the most developed senses of the crocodile.

The crocodile’s brain is small relative to its body: it is about the size of a human thumb. However, it is characterized by having a cerebral cortex, composed as in the case of humans by gray matter. Although it is scarce, the cortex allows it to have memory and a particular type of intelligence.

The great development of his cerebellum allows him to control complex movements, mainly in the water.

Their most developed senses are sight and smell.

Crocodiles inhabit warm areas of Asia, Africa, North America, Central America, and Australia. Since they are semi-aquatic animals, they live on the banks of rivers and in some cases on the marine coast. 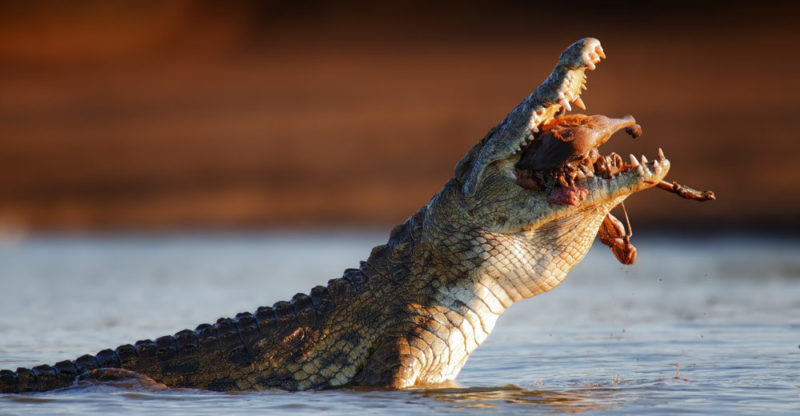 Crocodiles do not have a preference for specific prey.

They are super-predatory carnivorous animals, that is, they generally do not have predators to attack them. They are at the end of the food chain.

They are opportunistic, they do not have a preference for specific prey but they can attack any animal they find. Their strong jaws allow them to break the shells of crustaceans and turtles but also attack large mammals such as horses. 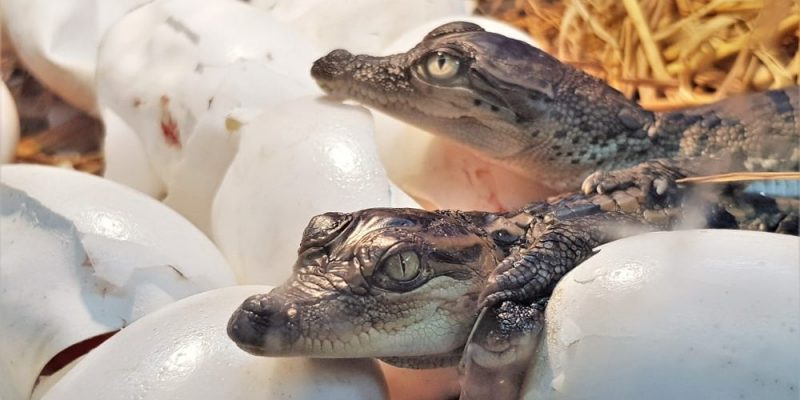 The female lays about 40 fertilized eggs that remain buried for 80 days.

In almost all crocodile subspecies the reproductive cycle begins in the spring. The males try to attract the females with bellows and compete with each other for the opportunity to reproduce.

The female lays an average of 40 already fertilized eggs, varying in number depending on the species. The eggs remain buried between 80 and 100 before hatching.

The sex of crocodiles is not determined by their chromosomes but by the temperature during incubation. 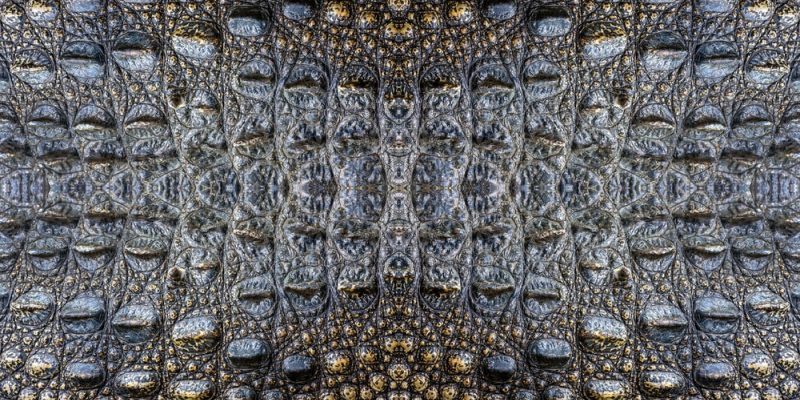 The skin of the crocodile is covered in scales made up of keratin, the same hard component that makes up the nail of humans.

Also, between the scales and underneath them are small bony plates called osteoderms. These plates are overlapped, offering a flexible but tough defense on the animal’s back.

Although in some places it is illegal, hunting of alligators is common in Florida, the Gulf of Mexico, and in Luisana. Since they can be a threat to man, many locals hunt them to reduce their numbers, while others hunt them as a sport or feat.

Crocodiles are also hunted for their meat or use their skins to make shoes, belts, and bags. 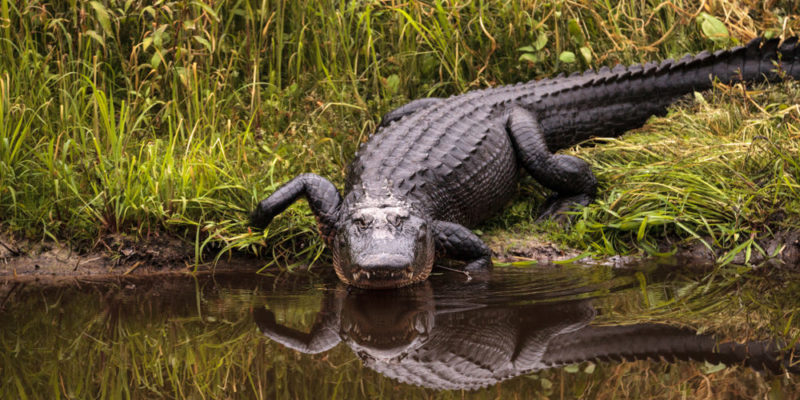 The alligator has a wider, U-shaped snout.

Although they are often confused with each other because of their appearance, crocodiles and alligators are reptiles that belong to different families and can be differentiated by a number of traits:

Crocodiles in danger of extinction

The American crocodile is a subspecies of crocodile that have been in danger of extinction since 2007, although in 1996 it had been listed as a vulnerable species. Currently, there are less than 5,000 specimens in all of America.