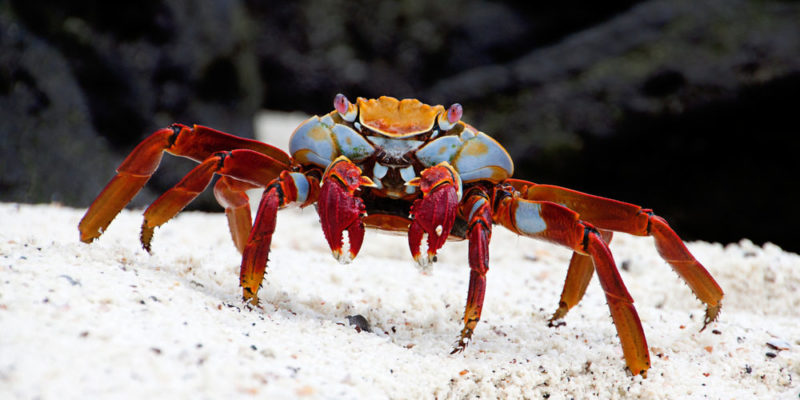 We explain what crustaceans are, how they are classified and the habitat where they live. Also, what are its characteristics, examples and more.

Crustaceans are a very extensive group of arthropod and invertebrate animals , mainly from aquatic habitats. They are endowed with an articulated exoskeleton composed of a carbonate called chitin. This is where its name comes from (from the Latin crusta , “scab” and aceum “relationship or nature”).

Crustaceans belong to the arthropoda phylum , as do insects , arachnids and myriapods , with which they share many of their physical and evolutionary traits. They are distinguished from them because they go through a nauplius larval stage : a state in which the body assumes a pear-shape, with three pairs of head appendages (anténules, antennae, and jaws) and a single eye.

In total, around 45,000 species of crustaceans are known worldwide. There is so much morphological diversity among them that it is impossible to include them all in the same and only definition. 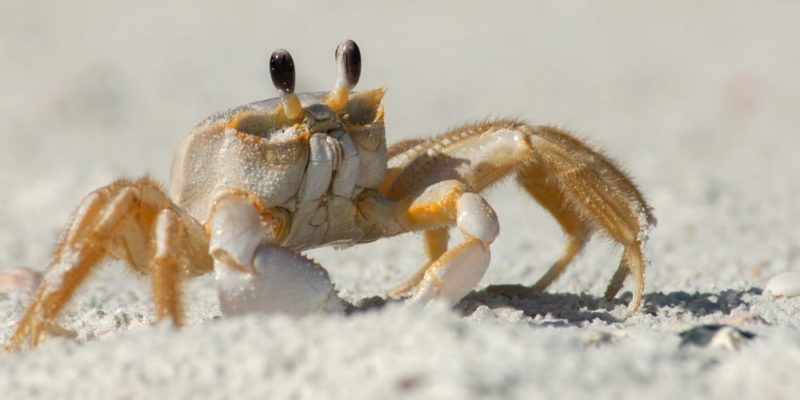 Crustaceans have a tough but agile body.

The first crustaceans in the fossil record appeared in the Cambrian or Cambrian period, in the Paleozoic era , about 540 million years ago .

This period was characterized by a true explosion of life and proliferation of species, among which the first marine arthropods appeared.

Like their terrestrial cousins, the evolutionary success of crustaceans has to do on the one hand with their resistant but agile body , articulate and capable of precise movements. On the other hand, it is due to your sensory system, which can range from just one to hundreds of different eyes. 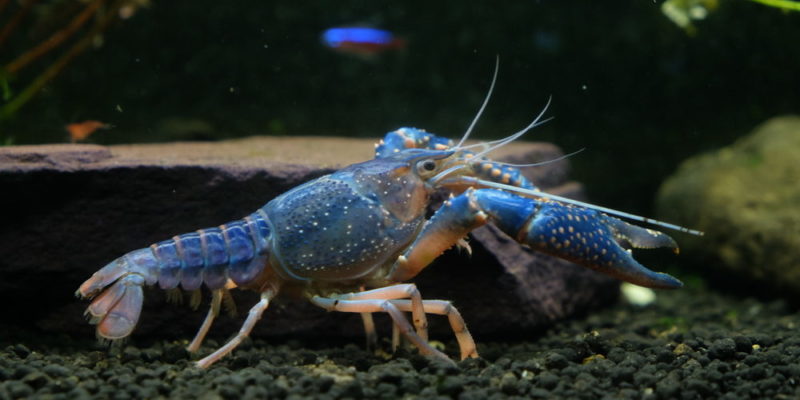 The classification of crustaceans has always been a difficult task for zoologists. Six distinct classes are usually recognized: 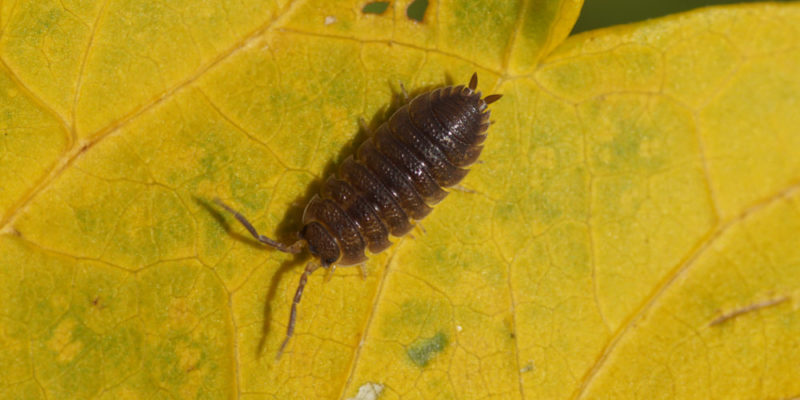 The habitat of crustaceans is almost always aquatic , either underwater (salt water) or in rivers and lakes (fresh water). It is common to find them in coral reefs, buried in the sand or even at the bottom of the oceans (the abyssal zone).

Among the smallest life forms in the sea are tiny crustaceans . Together with plankton, they make up the base of the entire food pyramid.

Only a few species of crustaceans have managed to conquer life on land , such as scale insects (isopods). Others, on the other hand, are amphibians , living on land but going to the water to spawn.

Depending on the species of crustacean, feeding can range from predation, symbiosis, and scavenging. They tend to hunt small species of fish , mollusks, and smaller crustaceans , but they also take advantage of the hunting debris of large ocean predators .

A significant case is that of certain types of shrimp or prawn that, in an unspoken pact with certain fish, admit to getting into their mouths and cleaning their teeth . Thus, they take over the decomposing organic matter and mutually benefit from this symbiotic relationship. 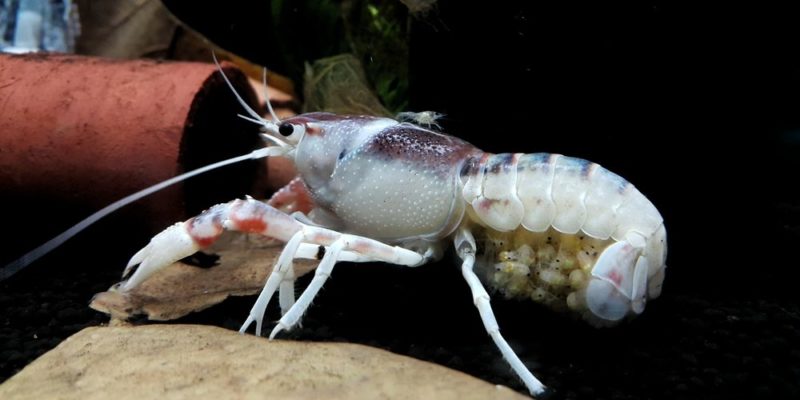 Some females attach the eggs to their abdomen.

Crustaceans have two separate sexes and reproduce by oviparous external fertilization : the female places the eggs in a bag or sac that adheres to rocks or to her own belly, and the male then fertilizes them, spraying them with his sperm.

Freshly hatched crustaceans must molt several times throughout their development. Thus, they can grow into adult life and sexual maturity. 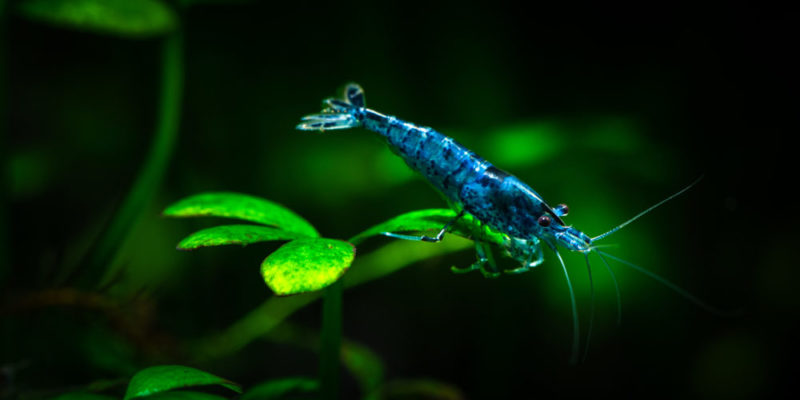 In the head of crustaceans are their sensory organs.

The body of crustaceans is covered in a chitin shell that protects its soft and cuddly interior . In addition, it gives the necessary hardness to its appendages (such as tweezers or chelicerae). Your body is segmented and divided into several parts:

The enormous diversity of forms of crustaceans must be taken into account , which allows exceptions to many of the morphological norms that we detail.

Being mostly marine, most crustaceans breathe through gills , similar to other species adapted to life in water. Even those species whose life passes on land require water for spawning.

The growth of the young also takes place in water where, before beginning their adult life, they go through numerous larval phases during which there is gill respiration . In terrestrial species, it is later replaced by the pulmonary . 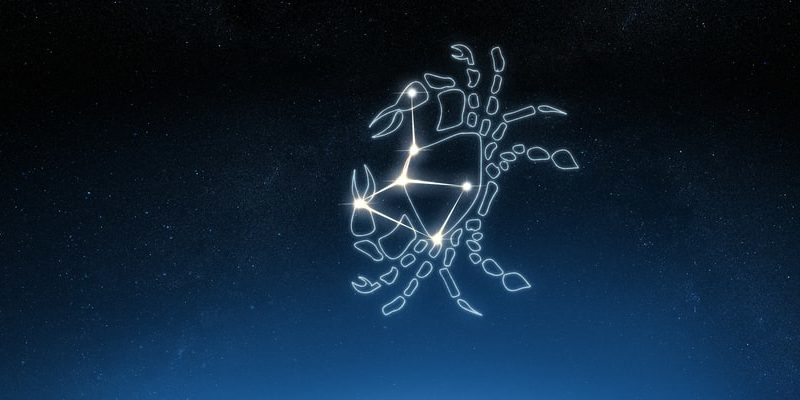 The constellation Cancer is represented by a crab.

Many crustaceans are part of the diet of coastal human populations , especially crabs (of which there is a huge variety), shrimp, prawns and in particular lobster, whose white meat is regarded as an international delicacy. They are considered, along with mollusks, as aphrodisiac foods.

Some crustaceans such as the crab have attracted the attention of man , especially because of their particular walk (sideways or backwards); so much so that Greco-Roman cultures immortalized the crab among their zodiacal constellations (the sign of cancer ).

Crustaceans represent an enormous evolutionary success within the arthropoda phylum , and together with insects they share the world, being the most numerous and abundant living beings in the entire underwater world.

Arthropods constitute the food base of practically the entire marine ecosystem , as well as important detritophages (decomposers). 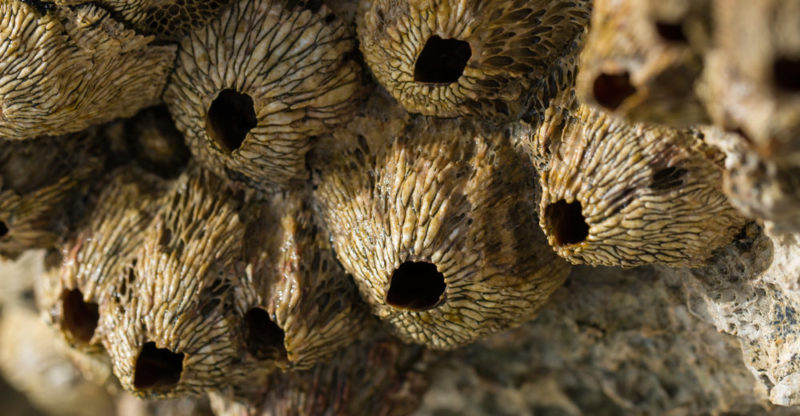 Among the crustaceans are sea acorns, which are attached to rocks.

Some popular examples of crustaceans include crabs, hermit crabs, spider crabs, lobsters, prawns, and shrimp . Also the moisture mealybugs, which live on land; or barnacles and sea acorns, which live fixed to the rocks.