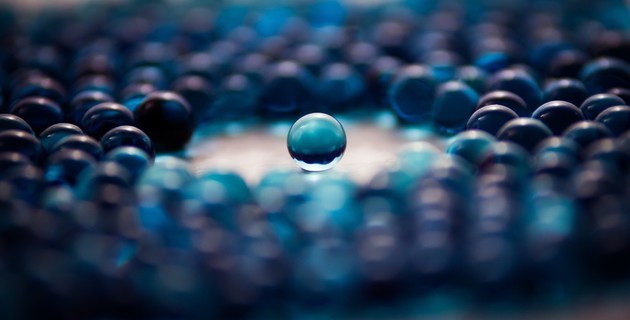 How did Dalton arrive at the atomic theory?

Dalton’s atomic model represents the atom as the smallest and most indivisible particle of matter. John Dalton (1766-1844) proposed that atoms were the basic building blocks of matter and represented them as solid spheres.

The idea that matter was composed of tiny particles that could no longer be divided was initially considered in the 5th century BC. of C. by Democritus. However, it took more than 20 centuries for the notion of the atom to be accepted.

Dalton made the first scientific presentation of the atom in 1808 . Later, this atomic model was displaced as knowledge and technology advanced.

The postulates of Dalton’s atomic theory are inferred from his research work on the atom. Next, we explain each of their proposals.

Each element is made up of tiny particles called atoms.

The best way to explain the behavior of gases according to Dalton was by assuming that the elements were composed of atoms.

The atoms of an element are the same

Unlike many of his contemporaries, Dalton thought that the atoms of an element were the same and that each element must have its own atoms. For example: iron (Fe) had atoms of iron itself, which were different from atoms of the element silver (Ag).

Like these glass balls, all the atoms of an element, according to Dalton, are the same.

When the compounds react, there is a rearrangement of the atoms. For example, if a compound XY reacts with an element Z, two new compounds can occur: XZ or YZ.

For Dalton, the atoms were indestructible and could not change with each other.

How did Dalton arrive at the atomic theory?

Dalton was a professor at a University of Manchester (England), interested in meteorology. Studying the nature of air, Dalton proposed in 1803 the law of the partial pressures of gases. He thought that gases consisted of tiny particles that attracted and repelled each other.

In 1804 he proposed the law of multiple proportions, according to which a compound is made up of a fixed and proportional amount of elements.

Although Dalton published his work partially in scientific journals of the time, all the information was compiled in 1808 in the book A New System of Chemical Philosophy, where he explained his findings in detail.

Obviously to our current knowledge, Dalton’s theory has many flaws. Below we explain, by way of summary, each of the fundamental aspects of Dalton’s theory that are rejected.

The atom is not indivisible

The atom is actually made up of many other subatomic particles. It took almost a hundred years after Dalton’s theory to discover electrons and protons, thereby debunking that the atom was indivisible.

An atom can change as a result of radioactivity. When unstable atoms lose particles, they can give rise to a completely new element. For example: uranium -238 is transformed by radioactive decay into thorium-234.

Water is not the combination of hydrogen and oxygen

We now know that the water molecule is made up of two hydrogen atoms and one oxygen atom. Dalton had an error in calculating the water.

The atomic model that followed Dalton’s was that of “pudding with raisins”, proposed by JJ Thomson (1856-1940), where the electrons (raisins) were embedded in a positive mass (pudding).

The British chemist Sir Henry Enfield Roscoe (1833-1915) scoffed at atomic theory by saying that atoms were bits of wood invented by Mr. Dalton.

He was probably referring to the wooden building models that some scientists used to represent the different types of atoms.