Do you have difficulty setting up your Charge 4 or do you have a blank screen? The next step is as follows 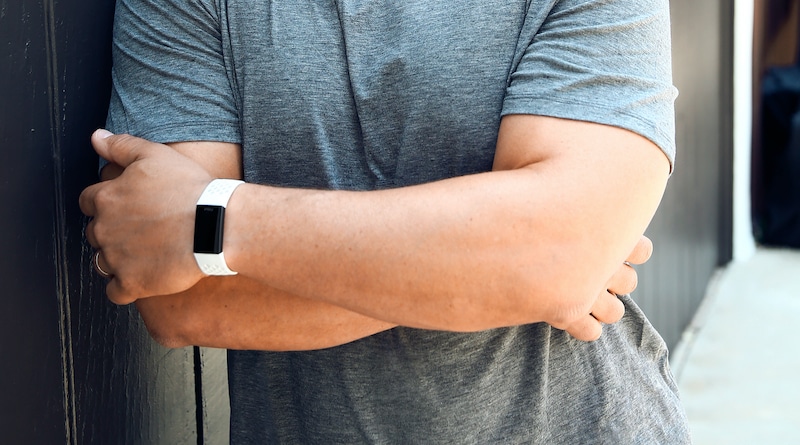 During the first setup, there is a blank screen.

The display remains blank while in use.

Some customers who have just acquired a Fitbit Charge 4 have reported a problem in which the screen remains blank, making it impossible for them to configure their brand-new gadget. Here are some suggestions from us on how to go about fixing the problem.

The Charge 4 is an improved version of the Charge 3, which was Fitbit’s flagship activity tracker at the time it was released a few weeks ago. The most significant enhancements are the built-in GPS and NFC that come standard. Everything else has been carried over from the device that came before it, with the exception of a few supplementary software features.

It would seem that this fixes a problem that sometimes affected Charge 3 users, and that problem was a display that was blank or black. A little over a year ago, we published an article on this topic. On the community forum for Fitbit devices, there are hundreds of entries discussing the issue.

What ends up happening is that the display ceases to react altogether. The fitness tracker continues to function normally, vibrates when buttons are pressed or alerts are received, and syncs up with the application without any problems. However, there is nothing visible to you.

Some users of the Charge 4 are reporting that when attempting to set up their new smartphone, they are encountering a glitch. Their fitness tracker was already dead when it was delivered!

During the first setup, there is a blank screen.

Here are some things you may do in the event that you are one of the unfortunate people who are experiencing this difficulty straight from the beginning. These tips are also applicable in the event that you have successfully set up your Charge 4, but for some reason, the screen has become unresponsive.

To begin with, you should try connecting the charging wire to a different power outlet, preferably a wall charger that has been approved by UL rather than a USB hub or a computer. While you are doing this, check to see that the pins on Charge 4 and the pins on the cradle are correctly aligned with one another.

When there is a suitable connection, you should feel a vibration; this indicates that the charging process for your fitness band has begun. Soon, you will see a battery symbol that displays a % besides a happy face. There may be a delay of up to 15 seconds in the process of this happening the very first time you charge the device.

Even if you can see this, the screen may go black if it has been idle for too long. Make sure that you set everything up in a timely manner by carefully following the directions. If the timer has expired, unplug the Charge 4 from the charger for ten to fifteen minutes before plugging it back in. When you install it next, give it a go without letting the timer run out.

At least you now know that your Fitbit is functioning properly. It should be possible for you to finish the setup procedure now that the display is turned on and the device is charging.

The display remains blank while in use.

You have successfully gotten your Charge 4 to function, and it is now recording your steps, as well as your activity and sleep, and synchronizing with the app. From then on out, let’s keep our fingers crossed that everything goes well. Sadly, a small number of people are experiencing the blank screen problem even when their tracker is active and functioning properly.

The solutions that are suggested for this problem are identical to those that are suggested for Charge 3. If you are having issues with your fitness tracker or smartwatch, you should always begin by performing a hard reboot as the first step in troubleshooting the issue. This causes the device to restart, but it does not delete any of the data that is currently stored on it.

To restart, press and hold the button that is located on the left side of the screen for a total of eight seconds. When you see a happy face symbol and the tracker begins to vibrate, this indicates that your Charge 4 has completed a restart. It ought to be ready for use at this point.

The alternative option requires a little bit more effort and time. It requires first deleting the device from your account in the smartphone app, then removing the Charge 4 from the Bluetooth settings on your smartphone, restarting the fitness band, and resetting it in the smartphone app. Finally, it requires resetting the Charge 4 to its factory defaults. This is the genuine solution that users of Fitbit are encouraged to test out by the company’s support team.

One last point that is worthy of discussion is something that Charge 3 owners have discovered to be effective. Changing the clock face in the Fitbit app is all that is involved in this step. It seems that this was the root source of the problem in certain instances. After the synchronization is complete, your screen may come back to life.

It wouldn’t hurt to give any of these options a go. If the display on your Charge 4 is still unresponsive, the device may not be functioning properly. In this particular scenario, you should get in touch with the Fitbit Support team immediately.