What Are Thunderstorms? Know Its Types, Consequences, Features and Characteristics 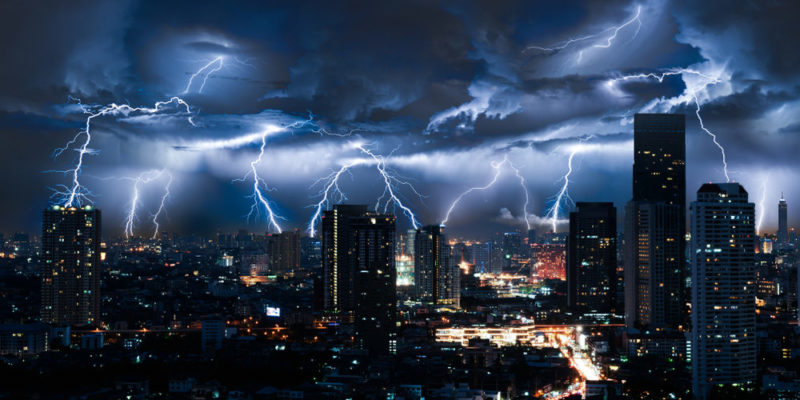 How do thunderstorms form?

Phases of a thunderstorm

Why are thunderstorms dangerous?

How does thunder originate?

Why are lightning formed?

What attracts lightning the most?

How far away is a thunderstorm?

We explain what thunderstorms are, how they form, and the types that exist. In addition, its characteristics and consequences.

Electrical storms are known as a type of meteorological phenomenon characterized by atmospheric instability (which manifests itself in heavy rains , strong winds and sometimes hail or snow), as well as by the generation of lightning or lightning, which when crossing the atmosphere generate thunder.

Like all storms, thunderstorms are moved at high speeds by atmospheric winds . However, its course can be diverted by eventual irregularities, such as rising winds.

They can also initiate a rotary movement forming supercells or supercells , in which an internal circulation of air masses is produced , which gives them a longer duration (and danger) than usual.

How do thunderstorms form? 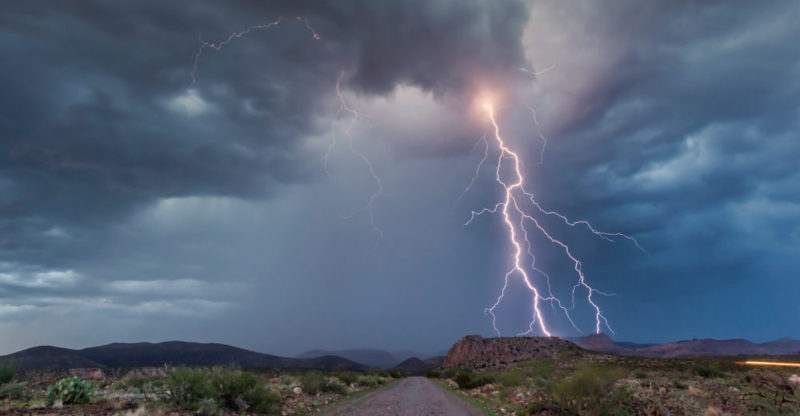 Storm clouds are classified as Cumulus.

In order for them to form, it is necessary for the atmosphere to present specific characteristics of humidity in a warm ascending wind .

That wind cools high in the atmosphere , releasing its energy charge and condensing, reaching temperatures below the dew point.

Thus, Cumulus-type clouds are formed with a great vertical development (up to 18 thousand feet), feeding on the hot air that continues to flow. These are just storm clouds.

The stronger the rising hot air, the more intense the storm will be.

Their electrical charge will depend on the amount of water , ice or snow that falls from a great height. These precipitations release electrical energy due to the difference in charge between the upper and lower levels of the atmosphere. 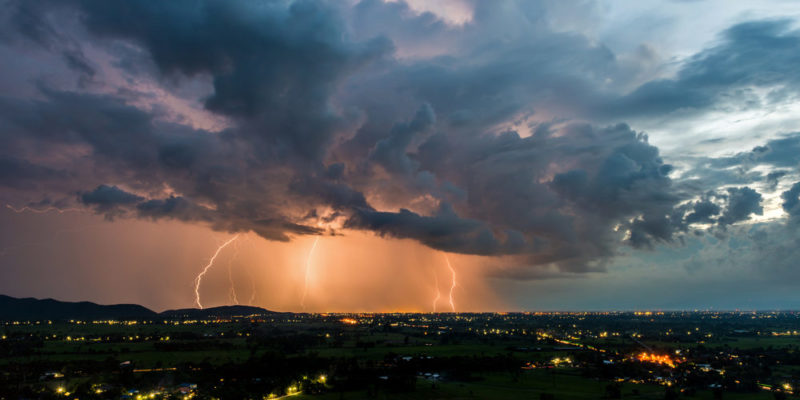 The supercell storm is self-reinforcing and has a large energy charge.

Electrical storms can be, according to their nature: 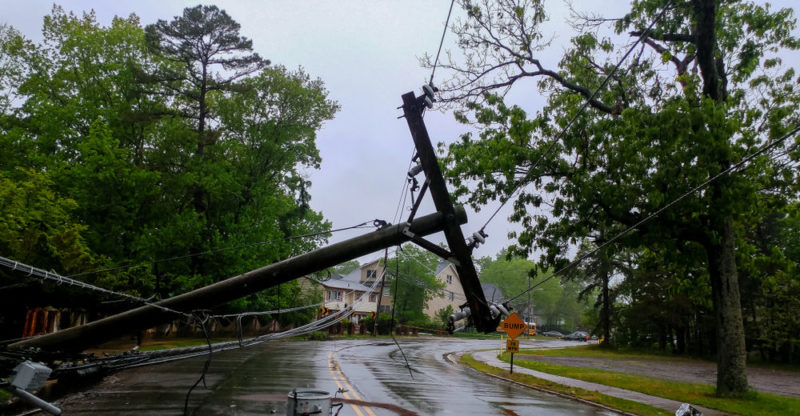 Thunderstorms are capable of knocking down trees and injuring bystanders.

Storms of any kind cause tremendous material and human damage , as rainfall levels can cause flooding, while intense winds can topple trees, poles and other objects capable of injuring bystanders.

If we add to that the frequency of lightning during a thunderstorm, we must also take into consideration the possible fires caused by the discharge of electricity.

Damage to the body of living beings impacted by each lightning strike can also occur , whether it strikes them directly, or strikes in some proximity and, by electrical conduction, causes lethal damage.

Phases of a thunderstorm

Why are thunderstorms dangerous? 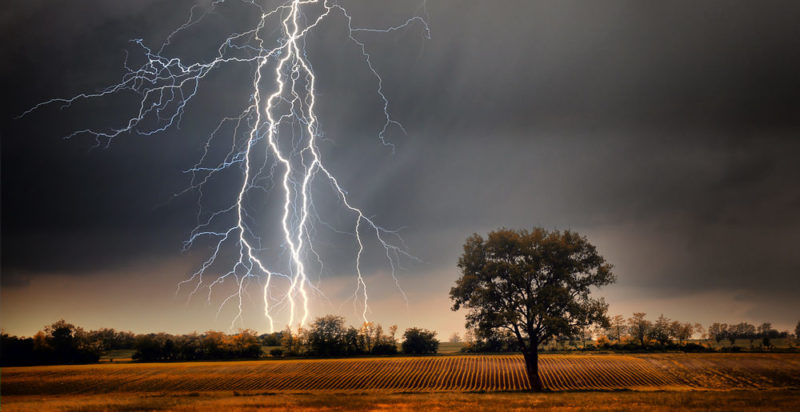 The rays are capable of generating an instantaneous power of 1 gigawatt.

The greatest danger of these storms lies in the presence of lightning or lightning .

The latter are particularly dangerous because they consist of electromagnetic pulses capable of generating instantaneous power of 1 gigawatt (one million watts). They travel in the plasma state at an average speed of 440 km/s.

Such electrical power is capable of causing electromagnetic damage to digital or electronic equipment , or of striking down a person or animal with direct or indirect contact.

How does thunder originate? 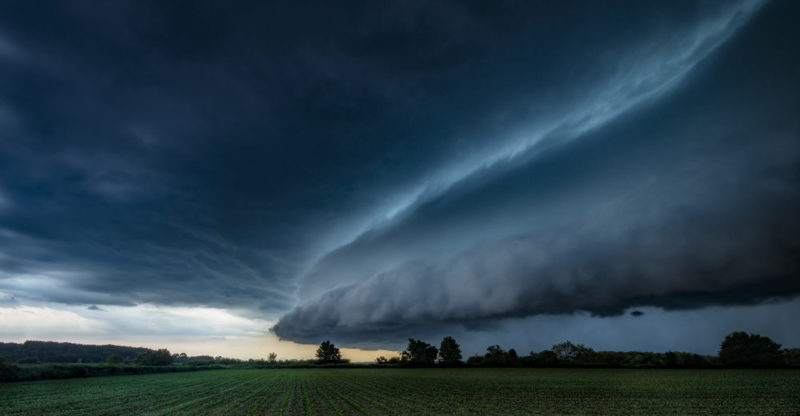 Thunder is considered a sound explosion.

Thunder is the sound of the shock wave that lightning causes on the air of the atmosphere, as it heats it in its path to more than 28,000 ° C.

That hot air expands rapidly and increases in volume , but as it mixes with the cold air around it, it suddenly cools and contracts.

This double movement produces the sound waves that we perceive as thunder: a sound explosion.

Why are lightning formed?

Lightning occurs essentially due to the electrical potential difference that forms during a thunderstorm or similar phenomena (such as volcanic ash eruptions or large-scale forest fire clouds) between the layers of the atmosphere and the surface of the earth. the Earth .

Said differential is given by the static charge that the suspended particles (ice, ash, dust, etc.) produce when moving in the atmosphere.

That static energy is subsequently discharged in the form of lightning or lightning towards the Earth, thus balancing the two ends touched by the lightning at once.

However, the exact details of how the electrical discharge is initiated are still a matter of scientific debate .

What attracts lightning the most? 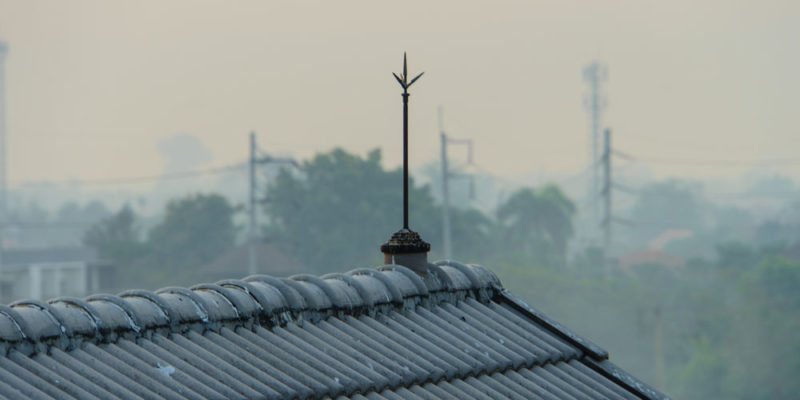 Metallic elements are often a good target for lightning.

Lightning from a thunderstorm often strikes at high points, closer to the storm . This includes trees or elements that protrude alone from the terrain. Therefore, it is easier to be struck by lightning on a plain than between hills.

On the other hand, metallic elements or elements with good electrical conductivity are always a good destination for them. These include large bodies of water (conductor par excellence) or electrical or electromagnetic devices.

Some studies even discourage the use of cell phones during an outdoor electrical storm.

How far away is a thunderstorm?

There is a proven method of calculating how far away a storm is, based on the fact that sound and light move through the atmosphere at very different speeds.

Therefore, we can perceive the difference between the light of lightning and the sound of thunder , taking into account that light travels at 300,000 km/s and sound at 332 m/s.

If there are strong winds during a storm it is necessary to move away from the windows.

Safety measures against a thunderstorm are extremely simple, as they involve seeking shelter .

However, it is necessary to take into account that very intense winds can uproot trees or poles from their site and cause them to fall. For this reason, in principle , we must look for a shelter away from windows , trees or other elements that the wind can drag.

Finally, the risks of a lightning strike must be considered, moving away from bodies of water , metallic objects or conductors of electromagnetism.

It should not be forgotten that, as in all storms, flooding is possible , so closed shelters and dead ends are not a good idea either .