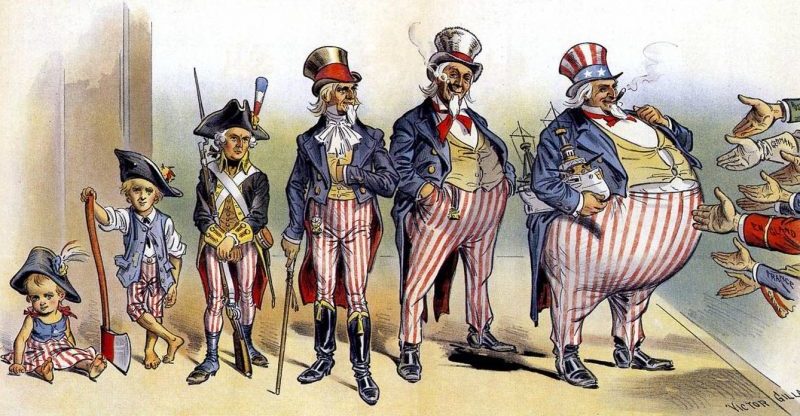 We explain what expansionism is and what are methods it carries out. In addition, its characteristics, causes, and consequences.

Expansionism refers to the aspirations of a nation to expand the borders of its territory, entering those of other neighboring countries or not, imposing its ways, traditions, and policies on the conquered territory. It can occur, in the contemporary world, through military or economic means.

This is a very frequent trend in the imperial states, which seek to take advantage of the resources of other territories for the benefit of their society, without caring that this act of exploitation of the colonized territories is detrimental to the local ones.

Expansionism was an extremely common practice during the colonial period of Imperial Europe, which lasted from more or less the 15th century until well into the 20th. In this period, the European powers divided the world, founding colonies on the African, Asian and American continents, which would eventually become independent and become autonomous nations, forever marked by the prolonged presence of settlers.

Throughout history, powerful nations have always sought to subdue their weaker neighbors, to forcibly incorporate them into their society, and take advantage of the natural, cultural or territorial resources on which they are built.

This is based on the growing need for food, consumer resources, and eventually, land that a growing population needs. 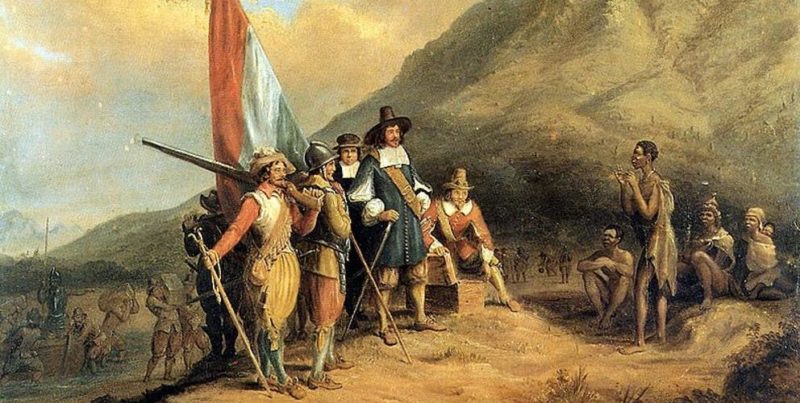 Expansionism can consist of military occupations.

Expansionism does not always occur in the same terms, although it is always marked by certain coercion or violence on the part of the expanding state. This can consist of military occupations, forced displacements, economic impositions, successive territorial claims, or simple political annexations.

In the case of the contemporary world, many times the expansion is not based on the capture of the neighboring territory, but on its economic subjection to use it as a consumer market for its own goods, instead of those that said country produces. This is called economic expansionism.

The reasons that drive expansionism point to the growing demand for consumer goods or capital within the State that seeks to expand, and that consider the option of taking it away from its neighboring countries or colonizing some other territory to obtain them.

Other reasons may imply a market in need of foreign consumers, for which their products are implanted more or less by force in other nations, or the need to politically and militarily control nearby regions in conflict scenarios.

The claims of ancient rivalries border, for historical recoveries or ethnic majorities percentage usually part of the reasons that justify these actions diplomatically, in most cases mere excuses to widen the country. 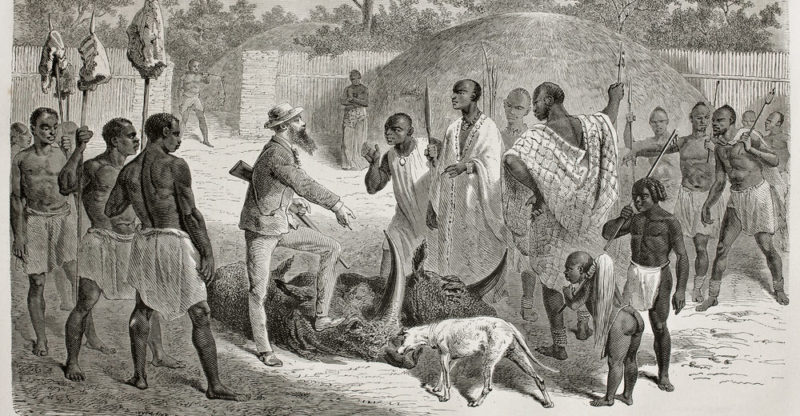 Colonial stages often spread the culture of the colonizer.

Expansionist doctrines often meet with resistance in occupied countries and lead to wars, both frontal and asymmetric, which come at a cost in human lives. Furthermore, when it comes to territorial annexation, the attacked country loses part of its territory or even ceases to exist as an independent nation. 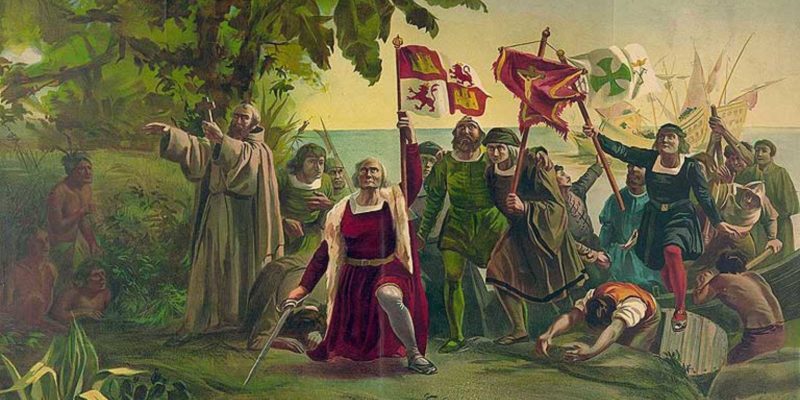 The colonial states provide low-cost resources to the metropolis.

Colonialism is usually a consequence of expansionism and consists of the formation of protected states, loyal to the colonizer, which provide them with some type of resources at a very low cost, despite the fact that this may be to the detriment of their own well-being. These colonial states operate as distant islands and are controlled politically, militarily, and economically by the metropolis.

A good example of this was the colonization of sub-Saharan Africa by European powers during the 19th century.

More or less synonymous with colonialism and expansionism, Imperialism consists of a doctrine of political, military, and even cultural interference on the part of a more powerful nation over weaker ones that it administers as tutelary entities, despite the fact that these continue to be nations, in theory, independent.

An example of this is the Monroe Doctrine and its applications by the United States in Latin American nations during the 20th century, fostering dictatorships that were ideologically convenient and overthrowing legitimately elected popular leaders. 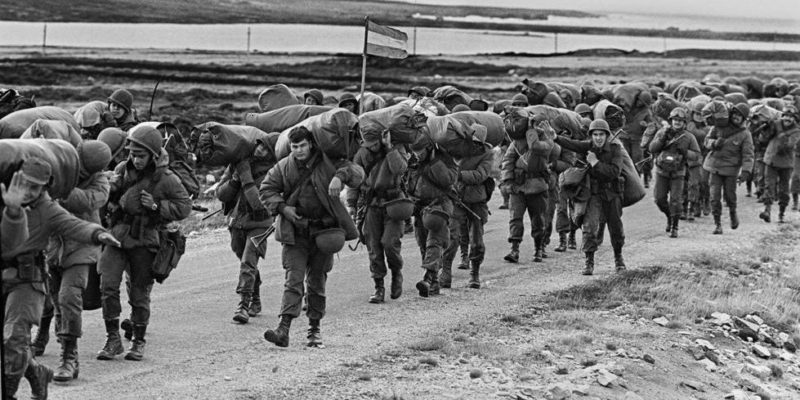 Britain’s occupation of the Falklands is not an expansionist act.

Border disputes between sovereign countries, resolved through diplomatic or military channels, are not considered expansionist acts, as long as they are not part of any imperial or colonialist project of any of the parties in dispute.

The recovery of occupied territories, such as the Falkland Islands of Great Britain that previously belonged to Argentina, does not constitute an expansionist act either (while their initial occupation, clearly, does). 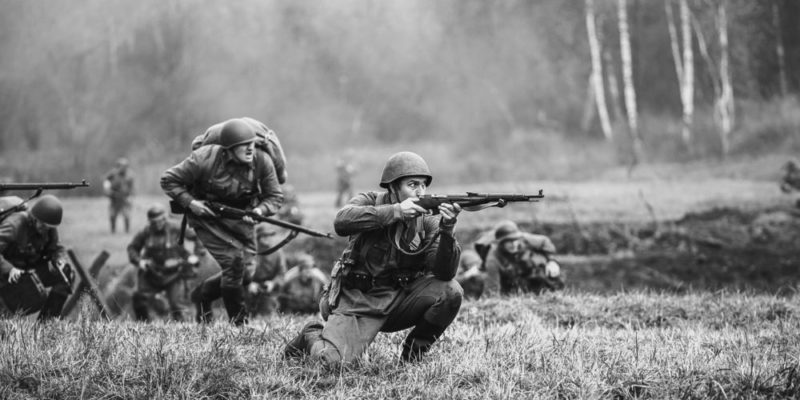 The Lebensraum justified the German need for more resources and territory.

In the Nazi theory deployed by Adolf Hitler in his book My Struggle ( Mein Kampf, 1925), he explained the reasons why German territorial expansion was necessary after the defeat suffered in the First World War deprived it of its colonies. African countries and imposed political and economic sanctions on them.

These ideas were based on a concept called “ lebensraum ” or “living space”, which justified the need for more resources and more land to support the German population, considered by Hitler as “superior”.

It is a doctrine strongly criticized today, when its political and social consequences and its high cost in terms of world stability and respect for human rights are known, among which is the right to self-determination of peoples.

However, worrying cases of expansionism remain, such as the illegal occupation of Palestinian territories by Israeli settlers, forcing local citizens to abandon their lands and annex them to the Jewish state.

A perfect example of expansionism was the war policy of Nazi Germany, which occupied many neighboring territories in Eastern Europe and proceeded to empty them of their natural inhabitants to settle German settlers in their place. Citizens of these countries were considered “inferior” and sent to death camps or forced labor.