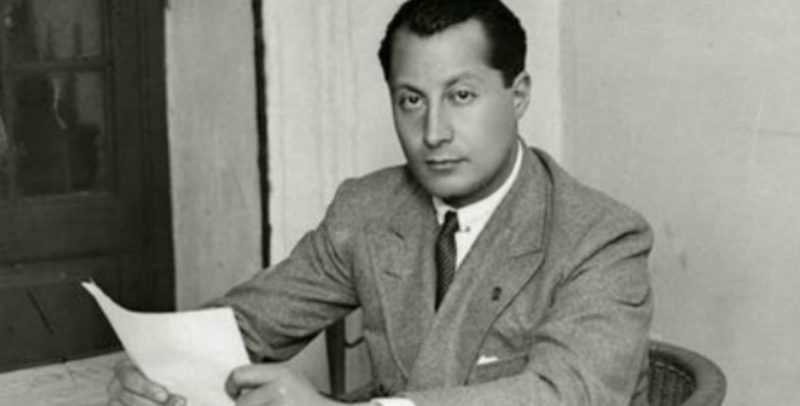 Foundation of the Falangist party

Merger with the JONS

Role during the Second Republic

Officialization during the Franco regime

Role of women during Falangism

We explain what Falangism is, how it originated and what its ideology was based on. In addition, what are its characteristics and current status.

Falangism or National Syndicalism is a fascist economic and political theory  , born in Spain in 1931, borrowing some segments of the ideology of Mussolini’s Italy and adapting them to Spanish peculiarities, such as Catholicism.

It is an anti-parliamentary ideology, contrary to the political parties , which promoted a totalitarian state and a corporatist model of a single and vertical union, which organized employers and workers at the service of the interests of the nation.

Ideologically he was opposed to both Marxism and capitalism (third positionism) and displayed extreme, Catholic and radical nationalism.

Falangism began in Spain immersed in the current of the time , which witnessed the rise of German Nazism and Italian fascism. Its first organization was the JONS: National-Syndicalist Offensive Juntas, led by Ramiro de Ledesma and organized around the newspaper La conquista del Estado , a local version of the Italian newspaper with the same name. There were also the Castilian Boards of Hispanic Action, of Onésimo Redondo.

In 1933, after the appearance of the newspaper El fascio , the Spanish Falange was founded, led by Primo de Rivera and bringing together various right-wing sectors under his ultra-nationalist discourse . This is the beginning of a path towards Francoism that will emerge after the Spanish Civil War.

The national syndicalist doctrine proposes the creation of a strong union state , with a totalitarian vocation, that will organize the productive sectors in a vertical axis of national unions governed by the party in favor of the interests of the Nation.

The path chosen to achieve these ends is the revolutionary one, through direct confrontation and, as was well established by the first fascist newspaper published in Spain, the conquest of the State .

The trade union state would nationalize and self-manage the means of production , and would implement a system of ambiguous social reforms that was branded by the Falangists as “revolutionary.” 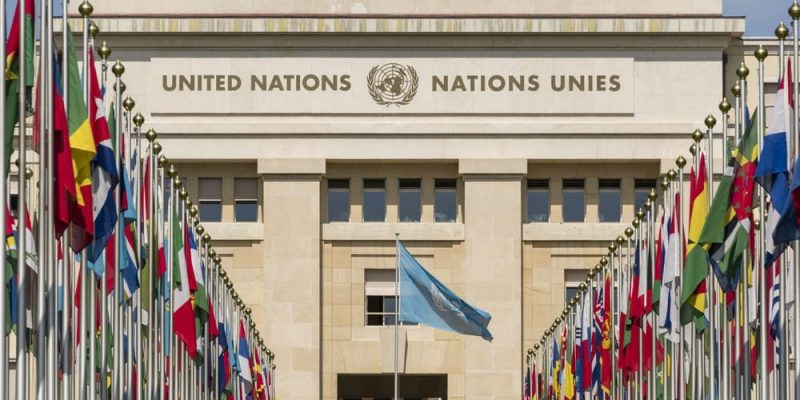 Nationalism added a desire for the reunification of Spanish-speaking peoples.

Falangism aims to overcome the class struggle , as well as the distinctions between right and left, between socialists , communists and anarchists , and liberal or conservative capitalists, through a third way opposed to all forms of dissent or democratic coexistence.

The nationalism end, accompanied by ultracatolicismo and panhispánico, which added to the marked feature of imperial fascism of the time a desire for reunification of Spanish - speaking peoples .

Foundation of the Falangist party

The founding of the Spanish Falange took place during the Second Spanish Republic , as a result of Alberto Primo de Rivera’s interests in Italian fascism and in his collaboration with Julio Ruiz de Alda and Alfonso Garcia Valdecasas, who founded the Spanish Trade Union Movement, subtitled “ Spanish Fascism (FE) ”.

Its union with the Basque right wing, led by José María de Areilza , in 1933 led to the proclamation of the Falange, a party that will lead, with financial support from the business sector, all the anti-communist tendencies in Spain.

Merger with the JONS 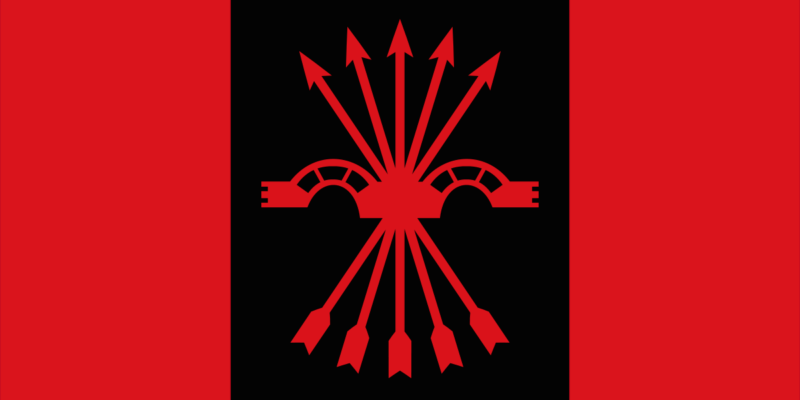 The Jons were forced to merge with the Falange.

An important moment in the history of Falangism consisted of the merger between the Spanish Falange, the leading party in the anti-Marxist and right-wing sector, and the so-called JONS, who stopped receiving financial support from their sectors and were forced to merge with the Falange . As a result of this, the Spanish Falange de las JONS was born, strengthened in its ideals and extreme methods. 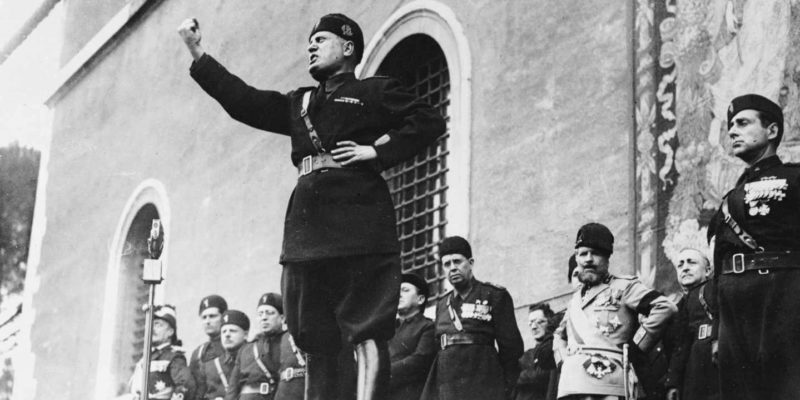 The aesthetics of the party and its militants also obeyed that of the European fascist parties , and in fact Primo de Rivera’s visits to Mussolini’s Italy won him the favor of the “Duce” and the subsidy of his party with 50,000 monthly lire courtesy of the Italian government .

This did not prevent their electoral defeat in 1936, since the national syndicalist discourse failed to attract the workers , already affiliated with Marxist unions.

Role during the Second Republic

The actions of Falangism were always radical , inflexible, and often violent. Its ranks recruited young people who received paramilitary training and channeling their rebellion for political purposes.

The use of firearms was encouraged , flexible metal- lined truncheons were delivered , and these militias were eventually baptized as the Blood Falange, although they later became the First Line, led by retired military officer Luis Arredondo.

These shock troops developed a doctrine of terror against the parties of the left , which would be key in their radicalization and in establishing the climate of confrontation and hatred necessary for the subsequent Civil War.

His actions of conspiracy and political destabilization weakened the Republic and led to the advent of hostilities.

Officialization during the Franco regime

The dictatorship of Francisco Franco that continued the Civil War had its confrontations with the Spanish Falange , on a verbal and theoretical level, but even the most radical Falangists were perfectly assimilated into the new regime, thus becoming the political arm of the dictatorship and party. unique in the country between 1939 and 1975.

If you did not belong to the Falange, renamed the National Movement, it was impossible to access public office and you ran the risk of being accused of being a communist.

Role of women during Falangism

During the Franco regime, the Falange created movements for young people (Youth Front) and the famous Women’s Section, for women.

In the latter, they were indoctrinated in the ideology of masculine superiority , as well as the submissive and faithful role that they had to occupy in the new order, as seamstresses, conservators of Spanish traditions and dances, and above all births of children for the Homeland. 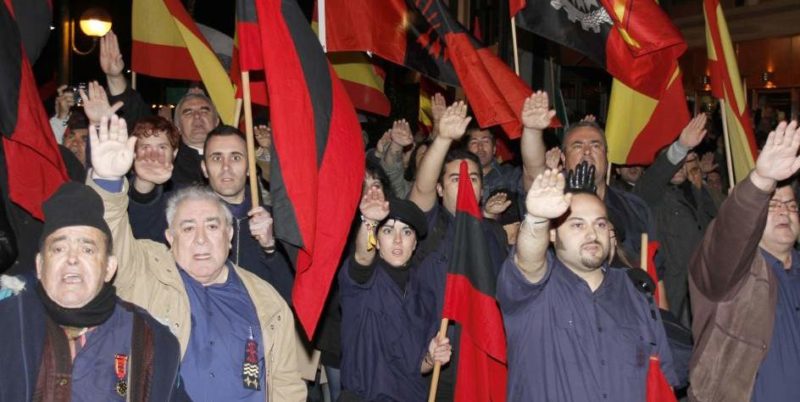 At present, Falangism is divided into four political groupings.

After the death of Francisco Franco in 1975, Spanish society began a period of Transition, during which the Falange resorted to methods similar to those of the 1930s, but with the aim of destabilizing the arrival of democracy and preserving the regime in power , resorting to street violence and allying with other neo-fascist groups.

However, the triumph of democracy virtually left them out of the political exercise , although many of them persist until today, with a very brief electoral political representation (0.05% of the valid votes in 2008). In addition, it has been divided into the following political groupings: