Who Was Fidel Castro? Know About His Life, Government, Revolution, Family and Relationships 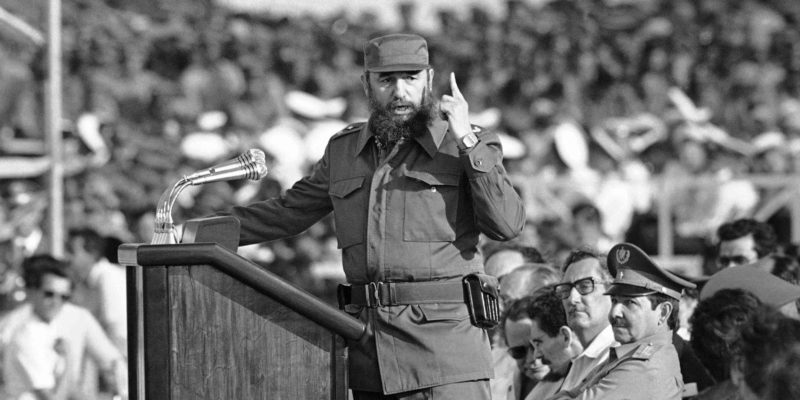 Who was Fidel Castro?

Participation of Fidel Castro in the Guerrilla

Arrival to power of Cuba

Wives and children of Fidel Castro

We explain who Fidel Castro was, his youth, and his participation in the Guerrilla. In addition, the characteristics of the government and their death of him.

Who was Fidel Castro?

Fidel Castro was a Cuban lawyer, soldier, politician and revolutionary , who led the revolutionary armed forces of his country in an insurgency against the dictatorial regime of Fulgencio Batista and managed to depose him in 1959 and establish a Marxist-Leninist ( communist ) regime in a few years. Cuba that he governed personally until he left the presidency for reasons of health and advanced age in 2006.

The figure of Fidel Castro was one of the most important in world politics of the 20th century , since he was one of the main architects and the driver of the Cuban Revolution , through which the First Socialist State of America was created, an ally with the Union of Soviet Socialist Republics and quickly falling out with the United States. This led to strained diplomatic relations with its neighbors and more than one international crisis, such as the Cuban missile crisis of 1962.

On the other hand, the anti-imperialist and Latin Americanist rhetoric of Fidel Castro, together with his friendship and association with other charismatic leaders of the region such as the late Hugo Chávez, president of the Bolivarian Republic of Venezuela between 1999 and 2013, the Kirchners of Argentina , Evo Morales and others made Castro one of the icons of the Latin American revolutionary struggle .

Born in Birán, Cuba, on August 13, 1926 , Fidel Alejandro Castro Ruz was the natural son of Galician emigrant Ángel Castro Argiz, owner of a farm but of humble origin, and Lina Ruz, his second wife after he managed to divorce María Luisa Argota Reyes, the first. 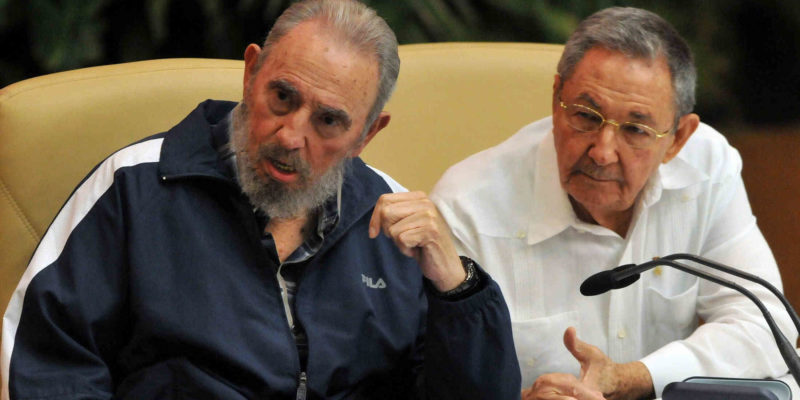 After Fidel’s resignation, it was his brother Raúl who assumed command.

Of all of them, the figure of Raúl Castro stands out, with whom Fidel undertook the revolutionary path and who assisted him in the government as one of his closest associates, as well as a militant of communism since he was young.

In fact, after Fidel resigned from power in 2006, it was his brother Raúl who assumed the reins of the dictatorship first temporarily and after 2008 officially, until the election in 2018 of Miguel Díaz-Canel.

Fidel Castro had a good education , at first at the hands of the Jesuits and then at the University of Havana, where he received his law degree in 1950.

However, during his student years, he already entered university politics as a course delegate and then president of the Committee for Dominican Democracy of the University Student Federation, carrying out actions to protest against the tyrannical regime of Leónidas Trujillo in the Dominican Republic.

This path later led him to run for the House of Representatives of the Cuban Congress , as an independent, but the elections were interrupted by Fulgencio Batista’s coup d’état .

Participation of Fidel Castro in the Guerrilla 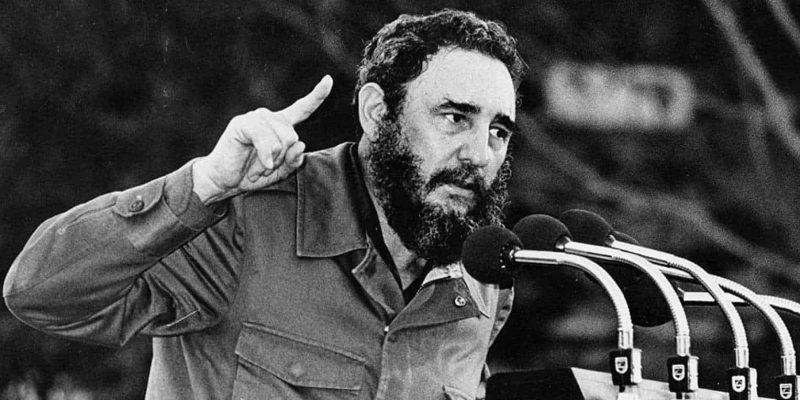 In Mexico, Fidel Castro organized his revolutionary invasion of Cuba.

His failures to fight against the dictatorship through legal and juridical means led Fidel Castro to the conviction that armed struggle was the only way out .

Thus, he organized himself with other groups of young insurgents and attempted to attack the Moncada and Carlos Manuel de Céspedes Barracks, in which they failed and were captured by the regime .

After 22 months in prison, he was released along with his companions in 1955 amid general amnesties. He then went into exile in the United States and later in Mexico where he began organizing his revolutionary invasion of Cuba, together with Che Guevara, Raúl Castro, Juan Almeida and Camilo Cienfuegos, as well as 800 volunteers willing to overthrow Batista.

The landing in the south of the island was received with inclement fire by Batista’s troops, numbering 70,000 soldiers. The revolutionaries had to flee to the jungle and took refuge in the mountains of the Sierra Maestra and from there they began a series of propaganda operations so that the people would rise up and join them in their liberation war.

Arrival to power of Cuba

In 1959, after months of growing rebel troops with deserters from the Cuban army, volunteers from different rural towns and even from big cities, Fidel Castro’s so-called “bearded ones” took advantage of the moment of a coup against Batista .

His own armed forces left the mountains and, in the midst of a general strike called by themselves, took control of Santiago and Havana and thus ended the Batista government. 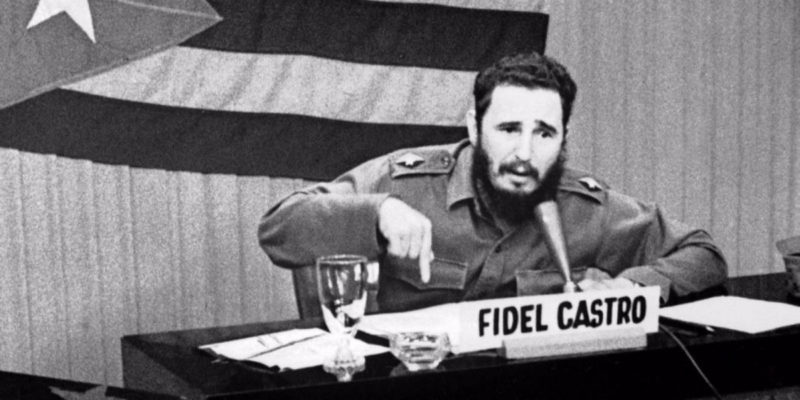 In 1961 Castro assumed the government of Cuba, with an openly socialist tint.

The transitional government that emerged in Cuba after the fall of Batista put Castro at the head of the revolutionary army (made up mostly of his own men and not Batista’s former military) and Manuel Urrutia as president of the country.

Numerous “revolutionary tribunals” were then launched in which thousands of former officials and collaborators of the Batista regime were executed, in a rapid campaign of retaliation that covered the island in blood .

Along with other measures that were slowly turning Cuba towards communism, some tensions began between Castro and the presidency , as well as with the United States, alarmed by the expropriation of American companies in Cuba.

This led to the declaration of a US embargo on the Caribbean island in 1961. At that time, Fidel Castro was in charge of the government, which from 1962 openly announced itself as socialist and allied itself with the USSR in the midst of Cold War tensions .

Castro ruled Cuba until 2018 , surviving the fall of the USSR and the end of the Cold War. His would be the first communist dictatorship in Latin America and a very controversial regime for its persecution of dissidence and homosexuals, which would turn a good part of international opinion against it.

Wives and children of Fidel Castro 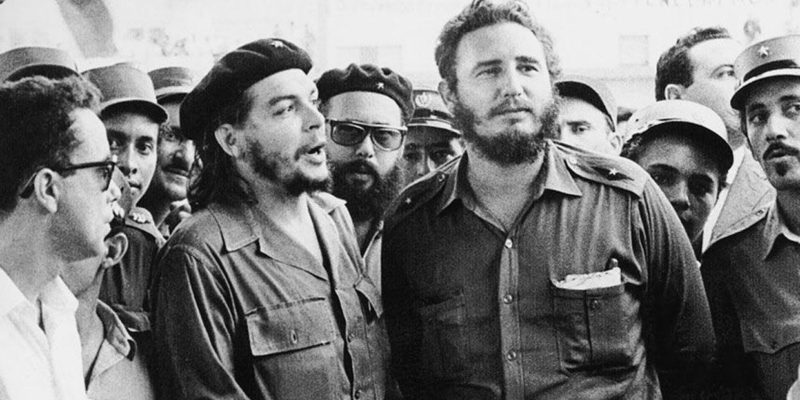 Fidel Castro and Ernesto “Che” Guevara met in Mexico in 1955 , when Fidel and Raúl were preparing the revolutionary invasion of Cuba in 1956. Raúl befriended the Argentine revolutionary and introduced him to his brother and thus began an alliance that led Guevara to participate in the Cuban communist guerrilla, becoming one of its most recognizable figures.

Guevara took part in the revolutionary government of Fidel Castro holding various positions such as president of the National Bank, director of the Department of Industrialization of the National Institute of Agrarian Reform and Minister of Industry.

In addition, he headed various Cuban diplomatic missions and remained in Cuba until 1964, when he decided to promote and assist the revolutionary forces of other countries in Africa and Latin America.

Che was convinced of the need to export the Revolution and for this reason he left Cuba to fight in the Congo , Angola and finally in Bolivia , where he was captured and executed.

His remains were actively sought by the Cuban government until 1997 , when they were taken to Santa Clara, Cuba, where they rest alongside other guerrilla leaders in the Ernesto Guevara Memorial. 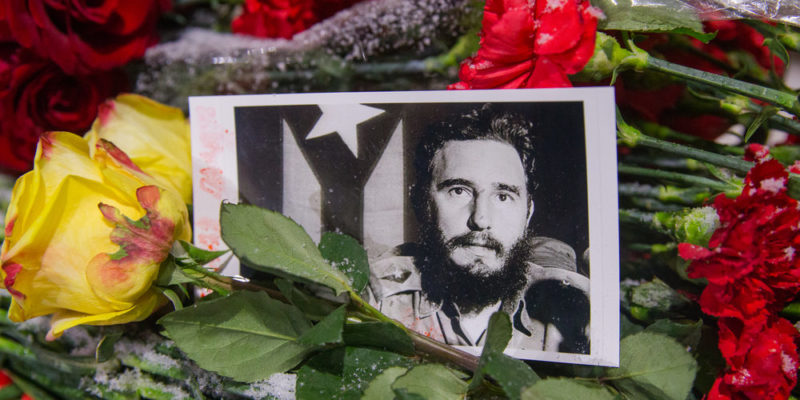 Fidel Castro died on November 25, 2016 in Havana , at the age of 90. The cause of his death was not revealed, but the commander had already been away from public life for years due to health and old age. His body was cremated and his remains deposited in the Santa Ifigenia Cemetery in Santiago de Cuba.

Some famous phrases of Fidel Castro are: