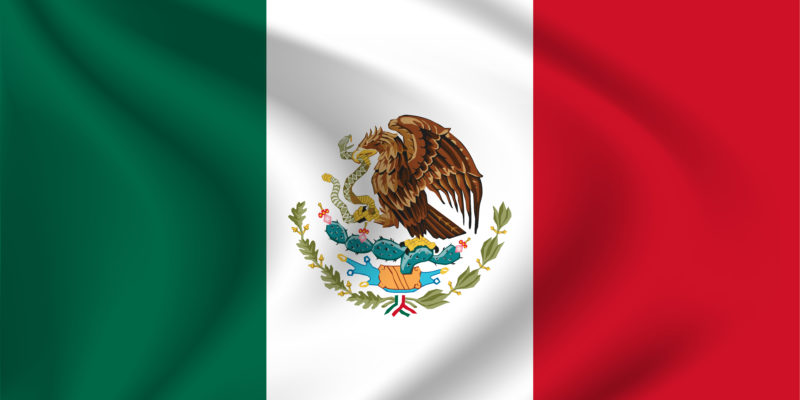 What is the flag of Mexico?

Characteristics of the flag of Mexico

Origin and history of the flag of Mexico

The colors of the flag of Mexico

The coat of arms of Mexico

The national anthem of Mexico

We explain everything about the flag of Mexico and what its colors and shield represent. Its history and characteristics of the national anthem.


What is the flag of Mexico?

The flag of Mexico is one of the distinctive patriotic symbols of the Republic of Mexico . It is rectangular in shape and divided into three vertical zones or stripes of green, white and red. In the center part (white area) it contains the national coat of arms.

This insignia is a symbol of identity for Mexicans because it brings together the values of the nation and there are two versions: one for military use and the other for civilian use. It was raised for the first time in 1821 and every February 24 its day is celebrated.

The flag is, together with the shield and the anthem, one of the three symbols of Mexican identity and its characteristics are specified in the Law on the National Shield, Flag and Anthem promulgated in 1984.

Characteristics of the flag of Mexico 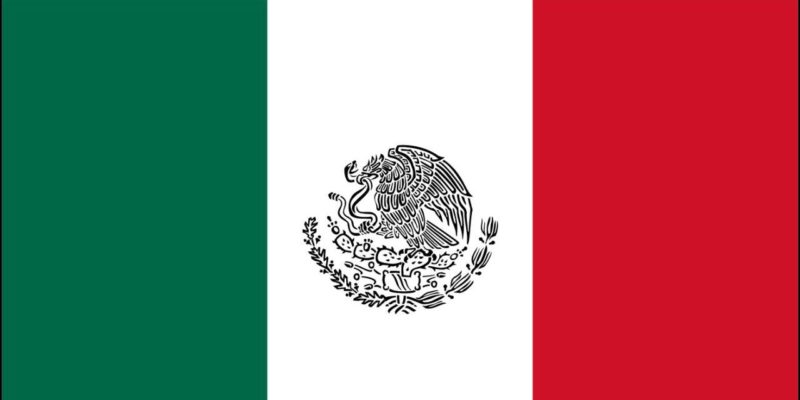 The civil flag of Mexico has the shield in black and white.

Some characteristics of the Mexican flag:

Origin and history of the flag of Mexico 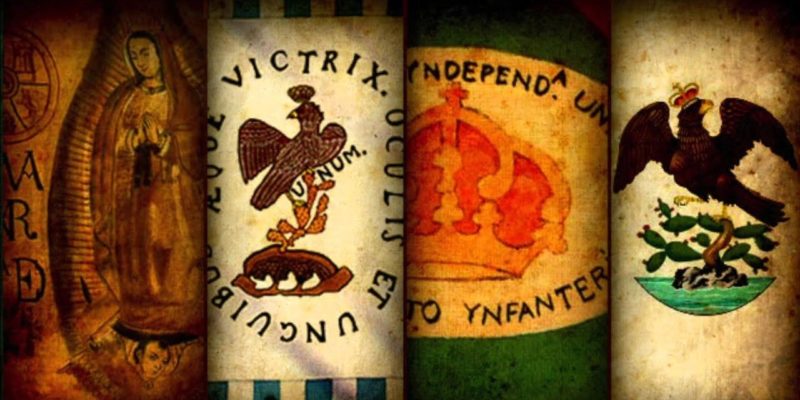 Before independence from the Spanish, different flags were used.

In pre-Columbian times there was no concept of a flag as it is understood today. However, there was a type of pictograph that represented each of the pre-Columbian cultures (in the case of the Mexica, it was the image of a cactus).

Although before the independence of the Spanish different flags were used (such as the one that carried the image of the Virgin of Guadalupe), the first record of the current Mexican national flag emerged from 1820 , when the Trigarante army, commanded by Agustín Iturbe , fought for Mexican independence against the Spanish. This flag had the colors green, white and red arranged diagonally, and gold stars.

The flag with the colors green, white and red in vertical lines with the shield in the center arose after Mexican independence during the mandate of Agustín Iturbide. This design was maintained over the years and underwent small modifications, especially in the design and the elements that made up the shield.

The variations occurred until 1968, the year in which the current Mexican flag was made official, and in 1984 a law was passed specifying the official characteristics of the flag and shield.

It can serve you: Independence of Mexico

The colors of the flag of Mexico 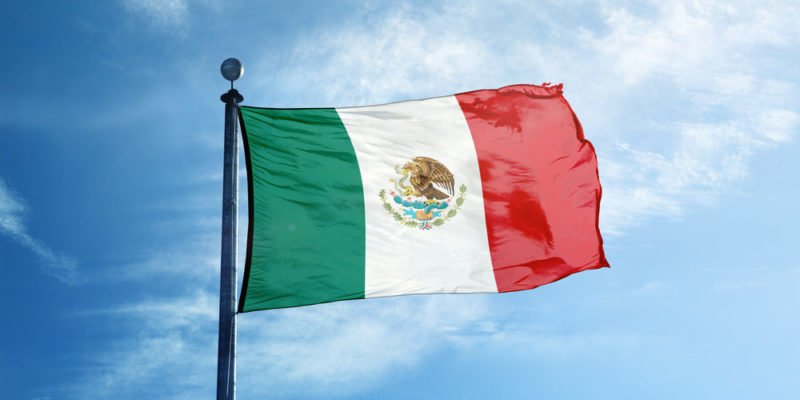 On the Mexican flag, red represents the blood of deceased combatants.

Although the colors of the flag of Mexico have been maintained since 1821 , the meaning of each of them was modified.

At first, the white color represented the religion and the faith of the inhabitants towards the Catholic Church ; the color red represented union, which referred to the ties between Americans and the growing wave of immigrants; and green symbolized freedom , the long-awaited independence of the Mexican people from the Spanish.

Currently the meaning of colors has been subtly modified as a result of the transformation of social customs. Green represents hope, white symbolizes unity and red is preserved to remember the blood of deceased combatants.

The pledge to the Mexican flag is a ceremony that takes place on certain dates to honor the flag. For example, educational institutions honor the flag on Mondays.

legacy of our heroes

and of our brothers,

we promise to always be faithful

to the principles of liberty and justice

what do they do to our homeland

to which we give our existence.

The coat of arms of Mexico 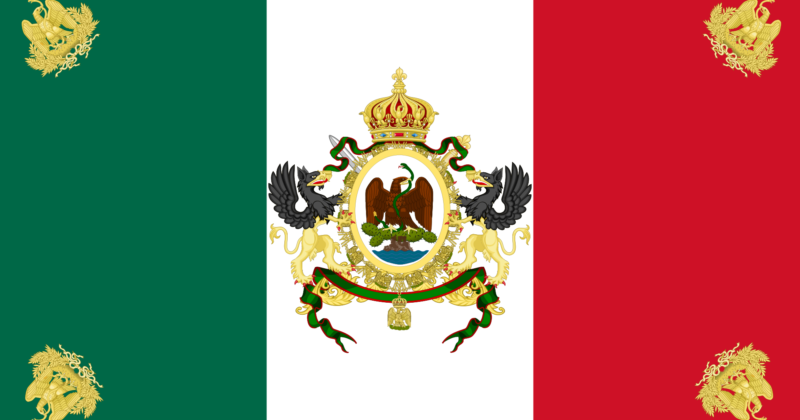 In some versions from 1864, the Mexican flag has golden eagles on the vertices.

The shield that is in the central part of the flag of Mexico represents its national shield. It is made up of an eagle that has a snake in its mouth and is perched on a cactus.

This image alludes to the legend that says that the Aztecs received a message from the gods , in which they were told that they should found the city wherever they saw the image of an eagle perched on a cactus. They did so in the current territory of Texcoco, on the eastern side of the State of Mexico, in the current Mexican capital.

The shield has undergone different modifications throughout history . At first, the shield consisted of an eagle perched on a cactus with a crown, then the crown was removed and olive branches and laurels were added to represent the Republic .

During the second Mexican empire (1864 to 1867) the shield adopted a new format, a crown (now larger), swords and a gold frame were added to it. In other versions of the time, the shield had four golden eagles, one at each vertex.

During the government of Porfirio Díaz , between 1880 and 1909, changes were made to the shield, although the essence and meaning of this symbol remained. Later, in 1917, the shield underwent another small modification : the eagle began to be drawn in profile towards the left side.

The national anthem of Mexico

The national anthem of Mexico is another of the Mexican symbols and is, along with the flag and the shield, one of the three emblems of the country . The anthem has been known since 1854 but was made official only in 1943.

The lyrics of the Mexican anthem were created by Francisco González Bocanegra, who was the winner of the contest held by the Mexican government in 1853 for the choice of the national song. The music was composed by Jaime Nunó and the version of the hymn that is currently used consists of four stanzas and a chorus.

The chorus of the Mexican anthem says:

Mexican to the war cry

the loaned steel and the bridle,

and let the earth tremble in its centers

to the loud roar of the cannon.