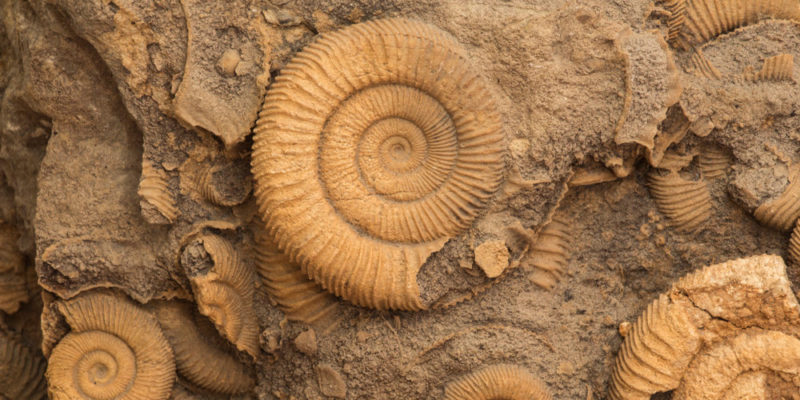 We explain what fossils are, how they are formed and the types that exist. Also, what are its general characteristics and importance.

Fossils are the remains of animals and plants more than 10,000 years old , which are preserved in sedimentary rocks, in amber or in ice. In most cases, they are living beings already extinct and fossils of the complete organism are not usually found, but its skeleton, horns, teeth or footprints.

Not all dead or extinct organisms become fossils. In addition, there are different types of fossilization , which are complex processes that only occur when certain chemical characteristics occur that allow the body or part of it to be preserved. Such is the case of permineralization, preservation or compression.

Fossils can be: macrofossils, when they are large (such as a dinosaur fossil) , or microfossils, when they can only be appreciated by microscopes (such as unicellular fossil organisms), and they are of great importance because they allow us to know the characteristics and the environment of living beings that inhabited the planet in other geological eras.

The science that studies fossils is called paleontology and one of the specialties within this discipline is taphonomy, which studies fossilization processes. Some fossils found throughout history made it possible to study organisms such as dinosaurs , primates, and communities of bacteria . 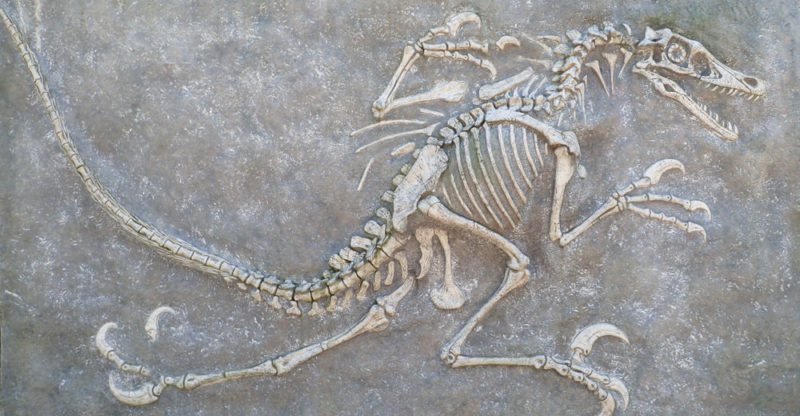 The guide fossils, also called director fossils, are those remains of organisms that inhabited the Earth in a specific geological period and that allow us to know information about the rocky stratum in which they were found and to understand the geological process of the planet. 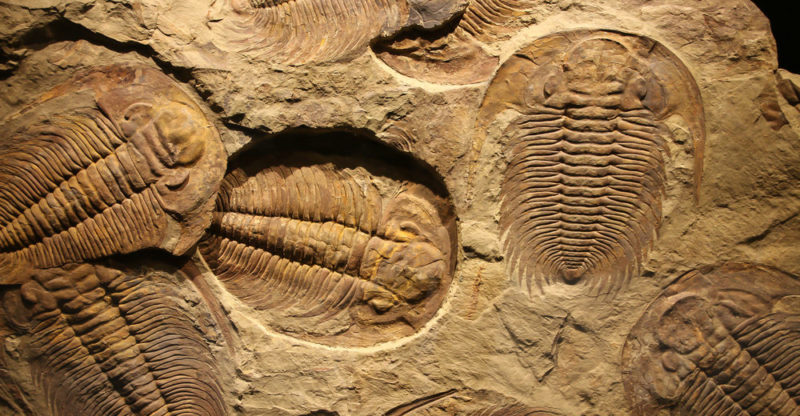 Traces left by an organism can become fossils.

Fossilization is a process that does not usually occur frequently because, after the death of an organism, what commonly happens is that it begins to decompose and then begins the process of putrefaction. In exceptional cases and, especially due to diverse environmental conditions such as the appearance of lava, swamp or other phenomena, fossilization can occur.

The fossilization process is very slow and there are different types . One of the most representative is permineralization, a process that begins when the remains of an organism are covered with sediment, which protects them from inclement weather and the passage of oxygen . It is important to mention that only the hard parts of the body such as teeth, bones and shells tend to fossilize, and the soft parts disintegrate. Once the soft parts have been removed, the minerals present in the sediment occupy these voids and allow fossilization.

There are also so-called fossil traces , which are the records or marks left by an animal still alive, such as footprints or trails. The study of these footprints is essential for paleontology since it allows us to know characteristics and information of the beings that inhabited planet Earth.

In other cases, fossilization of the entire organism can occur , when it is kept under ice or is trapped in amber (plant resin that fossilizes and can trap small organisms such as insects or spiders). 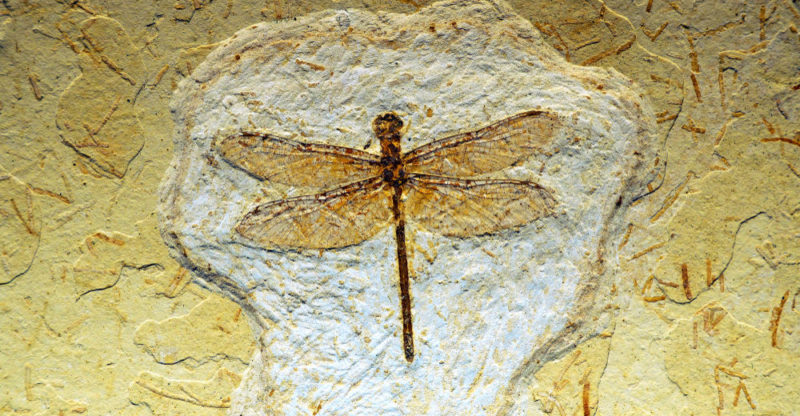 Fragments of large animals or small fossils can be found.

Paleontology works in different parts of the world collecting fossil remains that allow us to know and discover some truths about life on Earth. The set of fossils found is called the “fossil record” and most of these pieces are exhibited in museums throughout the world.

Fossils are usually found in sedimentary rock beds and some of the areas of the world where fossils were found are Messel (in Germany ), the Great Rift Valley (in Africa ), the Liaoning sites (in China ), the park dinosaur province (in Canada), the Patagonia area (in southern South America ), among many others.

Among the most prominent fossil finds are: 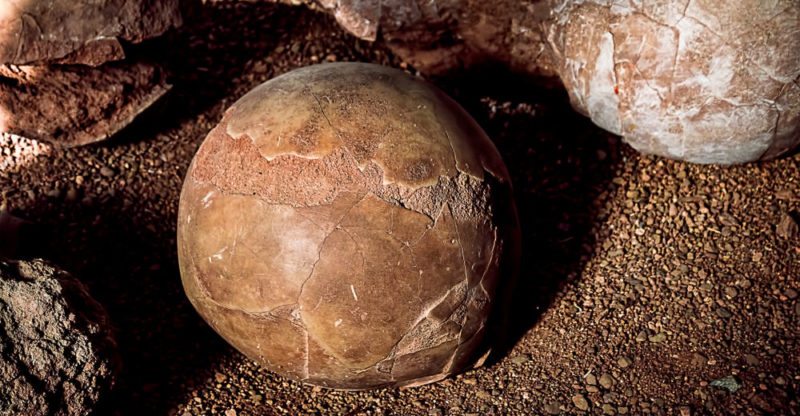 Fossilized eggs and nests are difficult to find.

The main fossilization processes are:

Different criteria can be used to distinguish the different types of fossils found throughout history.

According to the part of the body or trace of the living being that is fossilized, they can be:

According to their size, the fossils can be: 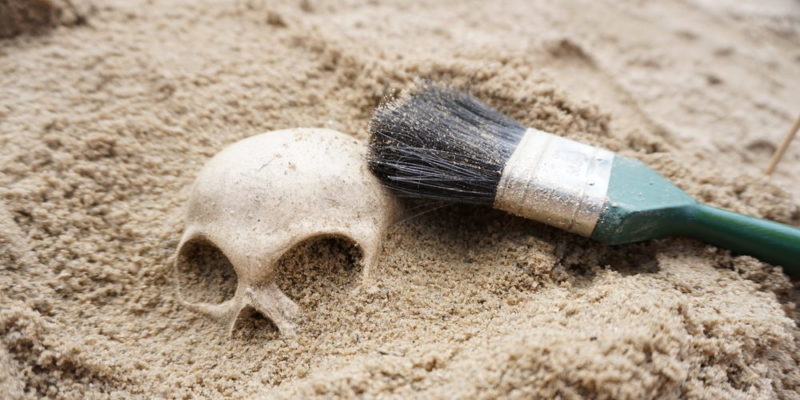 The first step in some types of fossilization is the disintegration of soft tissue.

Fossils are one of the main sources of knowledge for obtaining information about life on planet Earth during other eras. Thanks to them, it was possible to reveal the existence of extinct plant and animal species and it was possible to learn about their behavior, way of life and territorial distribution. In addition, they provided information about the climate and the ecosystem in which each living being found lived.

Paleontology is the science that, over the centuries, was in charge of studying fossils and, based on the information that the guide fossils provided, was able to establish a certain chronological order in the evolution of the planet’s fauna and flora and obtain geological information on the characteristics of the Earth over the years. Many of these discoveries revealed the existence of a single supercontinent on the planet.

In addition, fossils provide information that allows us to deduce the environmental circumstances that caused the extinction of the organisms found. Thus, it is believed that some of the species found could have become extinct due to periods of intense rain , tornadoes or hurricane force winds, volcanic eruptions or periods of cooling or global warming .