What was Francoism? Know The Origin, Stages and Top 10 Characteristics 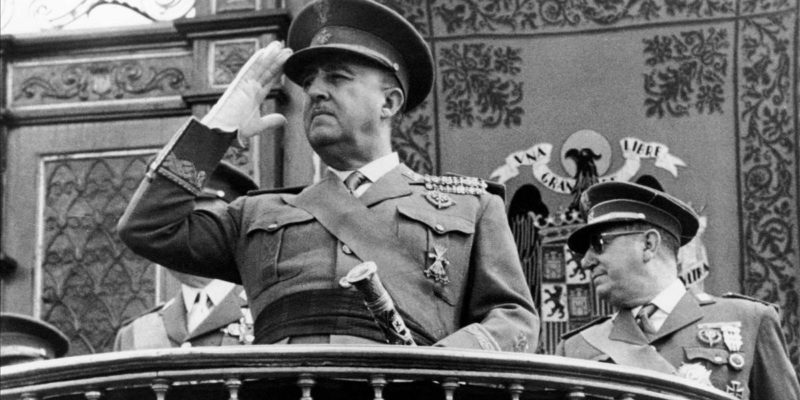 Origin and emergence of Francoism

We explain what Francoism is, the objectives of this authoritarian regime, and its general characteristics. Stages and end of Francoism.

Francoism was a historical movement of an authoritarian nature ( government de facto ) led by Colonel Francisco Franco , which took place in Spain from 1939, after the Spanish civil war , until 1975 with Franco’s death.

It was a totalitarian dictatorship in which Franco governed with all the powers of the State and dictated fundamental laws . He strongly opposed left-wing ideologies, with the aim of preventing communism from advancing towards Spain and the rest of Western Europe .

It was characterized as an ultra-Nationalist, Catholic and militarist movement that carried out measures such as censorship of the media , the elimination of opposition parties and the creation of a single party: the National Movement. It also banned labor unions and co-official languages such as Catalan and Basque.

Franco assumed power after defeating the Republicans in the Civil War. Because he was in command of Spain for almost 40 years, his government had different stages that varied according to the internal and world context. The Franco regime ended when the general died on November 20, 1975.

Origin and emergence of Francoism

The Franco regime sought to prevent communism from entering Spain.

Francisco Franco Bahamonde had a military career and from his first years of exercise he stood out in the war in Morocco, a conflict in which he participated for more than fourteen years between 1912 and 1926. Due to his discipline and tactics in war he was given the position Brigadier General at the age of 33 , which earned him great prestige within the army.

After his return to Spain, Franco was appointed leader of the Military School of Zaragoza and then he was given the Head of the General Staff. In 1934 he was in charge of containing the Asturias Revolution , a strike carried out by socialist groups. In 1936 the Popular Front (a coalition of left-wing parties) won the elections and, fearing that it might become involved in a possible military coup, Franco was sent to the Balearic Islands.

A coup d’état to overthrow the leftist government was conceived in the ranks of the army and General Franco was reluctant, so he did not accompany from Spain but from Africa .

The coup against the Second Republic (which was called “National Uprising”) took place in July 1936 and, although it failed in many of the main Spanish cities , it started the Civil War. In the Spanish Civil War, the Republican side (made up of Republicans and left-wing parties, popular forces and part of the army) clashed against the rebel side, which proclaimed itself the “national side”.

On the national side, the military man José Sanjurjo was proposed as leader of the uprising, but on July 20, 1936 he died in a plane crash and, after his death, Franco was offered the position of generalissimo. After the siege of the Alcázar of Toledo, he was also granted the position of Head of State (although there was still territory in the hands of the Republican side).

From there, Franco established a war plan to confront the Republican side and had the support of German and Italian troops. For the next three years he stalked Republicans and leftists, who were aided by the Soviet nation. At the same time, Franco began a prestige campaign through the media and proclaimed himself Caudillo of Spain.

The successive frustrated attempts of the national side to take Madrid meant greater foreign aid. The battle of Guadalajara, one of the biggest failures of the nationalist side, and the bombing of Guernica, an attack against the rights and lives of innocents that earned the national side worldwide repudiation, were some of the main milestones of this war.

With the fall of the last cities, Barcelona, Madrid and Valencia, on April 1, 1939, the national side led by Francisco Franco was victorious . Already in command of the only political party and the army, Franco established a personalist government throughout Spain. 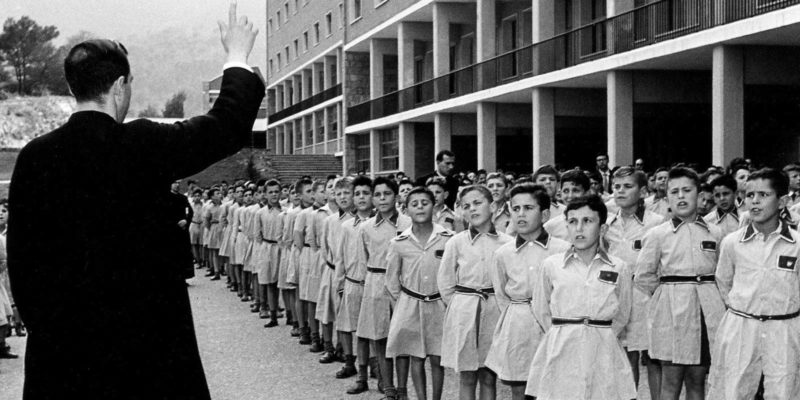 Catholicism took over and became the religion par excellence.

Some of the main characteristics of Francisco Franco’s government were: 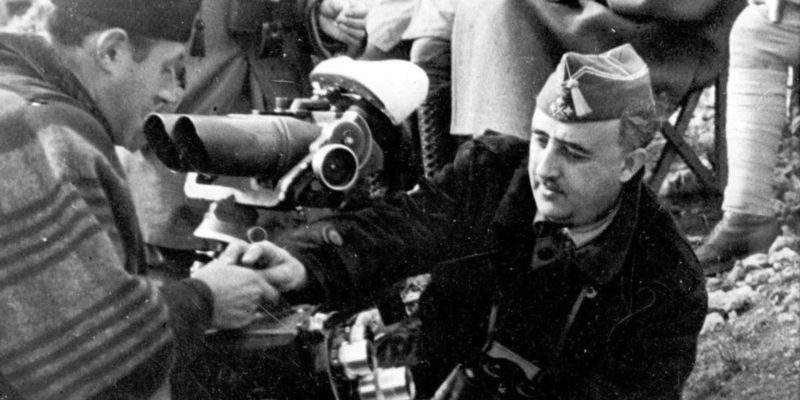 After the Civil War, Spain was devastated economically, socially, politically, and morally.

Franco’s government can be studied from four main stages:

After the Civil War, Spain was left socially, politically and morally desolate , and great economic hardship affected the Spanish people. During the outbreak of World War II , in September 1939, Franco declared himself neutral due to the social and economic state of Spain, but imperialist ambitions and the need to establish beneficial alliances made him establish pacts with Germany . On the other hand, he sent 18,000 of his men to Russia to fight against communism .

At the end of the war , the United Nations (UN) was created, but Spain was excluded due to Franco’s relationship with fascism . This period was known as the period of isolationism, because many countries closed their borders and diplomatic relations with Spain.

The Cold War favored Spain, because it placed this country within the anti-communist countries and this brought it closer to Western countries. With a renewed government and the arrival of the technocrats, Spain entered a new economic phase in which the first economic treaties were signed with foreign ambassadors, which fostered economic growth.

In 1955 Spain entered the UN and received military and technological aid from foreign countries. With the end of foreign isolation Spain was opened to economic development , tourism and immigration.

In the third stage of Franco’s government, during the 1960s, trade was opened up and importance was once again given to industry. In 1959 the stabilization plan was launched to carry out an economic opening.

Despite the fact that the regime was authoritarian and that all political expressions that were not framed under the “La Falange” party were prohibited, during this period the first opposition demonstrations began to emerge, which were also seen in other countries that did not give the thumbs up to the regime.

Economic and social stability came hand in hand with the stabilization plan in 1959, but politically the same did not happen. The middle class raised its income and its status of life improved , although all this happened 20 years later than in the rest of Western Europe.

With the beginning of the 1970s, strikes and protests increased and the political opposition grew stronger , to the detriment of Franco’s health, which showed a profound deterioration. The pressure due to his illness made Franco appoint Juan Carlos I as his successor.

The Franco regime came to an end on November 20, 1975 with the death of Francisco Franco. 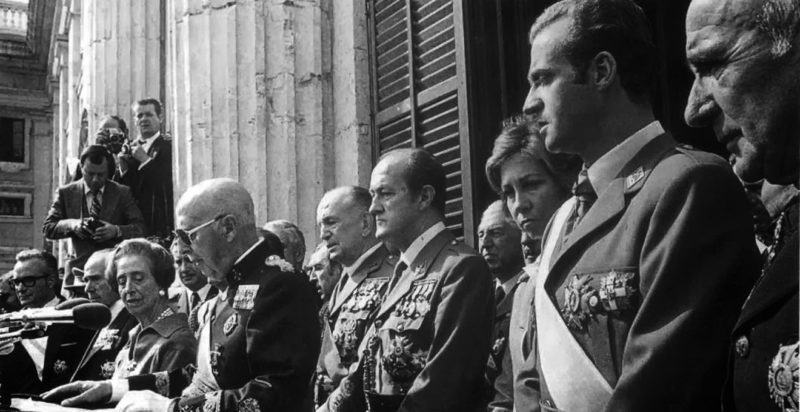 Francoism preceded the reign of Juan Carlos I.

At the beginning of the 1970s, social unrest regarding the Franco regime, added to international condemnation for the crimes and abuses committed in the last four decades, began to crack the power of Francoism. Added to this were the health problems that afflicted the leader , mainly Parkinson’s disease.

In his first years of government, Franco had promised Juan de Borbón (son of Alfonso XIII and direct heir to the throne) to restore the Spanish monarchy. Some time later, in 1969, and seeing the end of Francoism near, Franco proposed the throne to Juan Carlos (son of Juan) , with whom he had a close relationship since he was 10 years old.