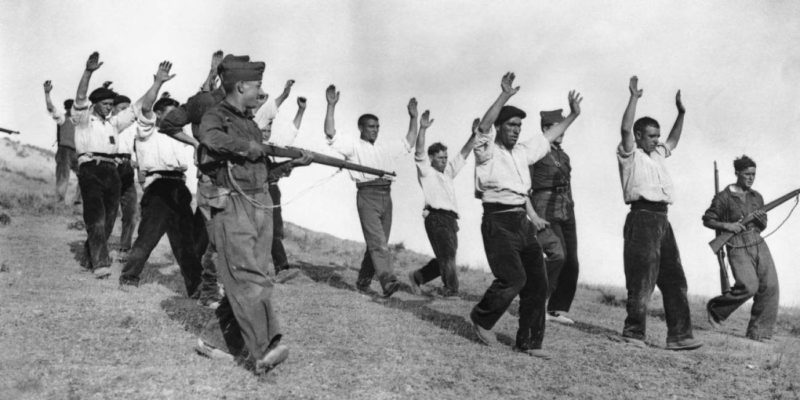 What was the Spanish Civil War?

Background of the Spanish Civil War

Causes of the Spanish Civil War

The National Defense Board

Consequences of the Spanish Civil War

We explain what the Spanish Civil War was and what its causes and consequences were. In addition, its characteristics and the role of the Church.

What was the Spanish Civil War?

It is known as the Spanish Civil War or also the War of Spain to a war that took place in that country between July 17, 1936 and April 1, 1939 . He faced the legitimately constituted government of the Second Spanish Republic, against various factions of the insurgent Spanish army.

The Spanish Civil War was a complex episode in Spanish history, in which very different models of country, government and national culture were opposed: conservatives versus liberals , military dictatorship versus democracy , fascism versus communism and anarchism , Catholic culture versus atheism , and also an intense class struggle.

Violence from both sides claimed numerous lives during the confrontation . However, when it ended with the victory of the insurgent side, a climate of reciprocal hatred was sustained.

The military insurgents were led by General Francisco Franco , who after winning the battle became leader and dictator of Spain until his death in 1975. Under his government there was an atrocious hunt for anything that was suspected of leftist militancy or values. Supposedly anti-Christian.

Occurred as a prelude to World War II , the Spanish Civil War represented one of the most tragic war events in European history in the first half of the 20th century . Around 500,000 lives were lost in it and the country was subjected to a fierce and conservative regime that lasted 36 years.

Background of the Spanish Civil War 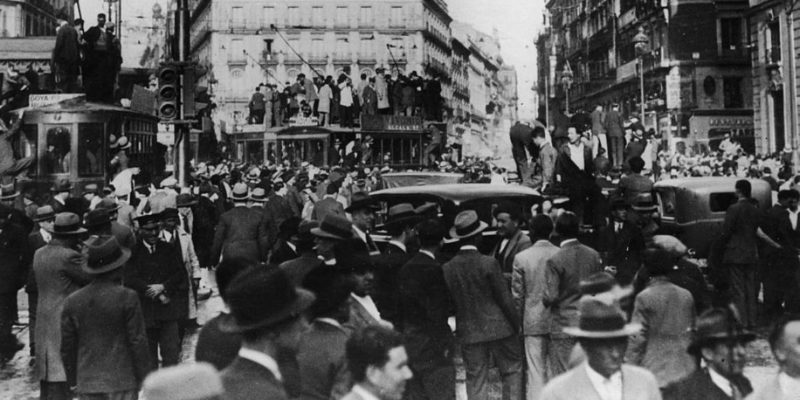 In the elections of 1931 the Second Spanish Republic was proclaimed.

At the beginning of the 20th century, Spain was emerging from a disastrous monarchical dictatorship that culminated in the resignation of Alfonso XIII.

The slow transition to democracy (known as the “dictablanda”) was led by Admiral Juan Bautista Aznar.

In the 1931 elections, the left-wing parties were elected and the Second Spanish Republic was proclaimed.

This government approved, during its first biennium, a new Constitution and undertook a series of social and economic reforms .

The privileged sectors, seeing their interests affected, began a resistance to the Republican government. They organized, albeit unsuccessfully, a coup in 1932.

As paradoxical as it may seem, from the most radical segment of the political left there were also uprisings against the Republic . This is because they considered it an extension of the bourgeois order, and therefore contrary to their desire for social and political revolution.

This instability led to new elections in 1933 , the first in which women voted in Spain, and in which a right-wing republican coalition was elected, without monarchist intentions.

Anarchists and communists launched the October Revolution in 1934 . It was a series of socialist strikes against the elected government.

These protests contributed to the fear of conservative sectors of suffering a fate similar to that of the Soviet Union . This fear had spread rapidly throughout Europe after the Russian Revolution and was one of the factors used by fascism to legitimize its ideology and violent practices.

Causes of the Spanish Civil War

The causes of the conflict can be summarized as: 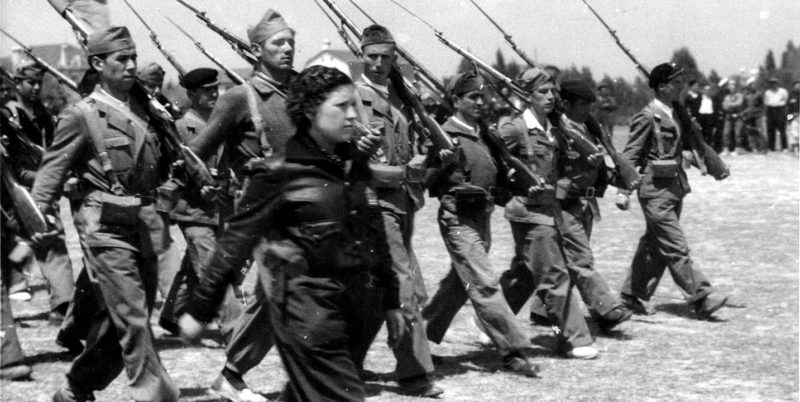 The rebel side was organized around the military high command.

When the conflict broke out openly in Spain, the international European powers were forced to assume an ideological position .

The fascist alliance was not just a political gesture. In addition, they provided troops that had an enormous impact on the war , such as the tragic bombing of the town of Guernica by German and Italian aircraft. Portugal, under the command of Anónio de Oliveira Salazar, also supported the insurgents.

On the other side, the USSR and Mexico supported the republican forces politically, diplomatically and militarily. They were also supported by an international coalition of European communist parties , enlisted under the name of the International Brigades.

Other countries such as Argentina and France collaborated with the evacuation of isolated troops and the adoption of exiles, as the conflict favored the Francoist side.

The National Defense Board 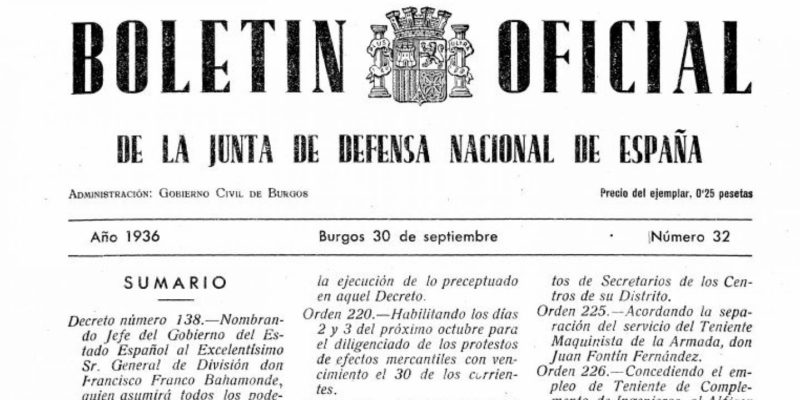 The Junta sought to make the Popular Front party and unions illegal.

After overthrowing the republican government, and in the midst of hostilities, the rebellious side decided to organize its forces in a National Defense Board. The aim was to make the Popular Front party and unions illegal. In addition, it prohibited any form of labor or trade unionist political demonstration.

At the end of 1936, after Francisco Franco’s victory in conquering Toledo, the Junta found the opportunity to achieve its long-awaited sole military command . That is why he named Francisco Franco Generalissimo of the rebel army and Head of the State Government.

When the conservative military forces dealt the death blow to the Republic , the ecclesiastical institutions played an openly favorable role for them. The Church proclaimed their struggle as a “crusade for religion, country and civilization” , as the Bishop of Salamanca, Enrique Pla y Deniel, called it in one of his pastorals.

Thus, not only did the Church serve as an ideological and propagandistic ally of Francoism , but also as a diplomatic ally. In fact, at the end of the war, Pope Pius XII congratulated Franco on his “Catholic victory.” 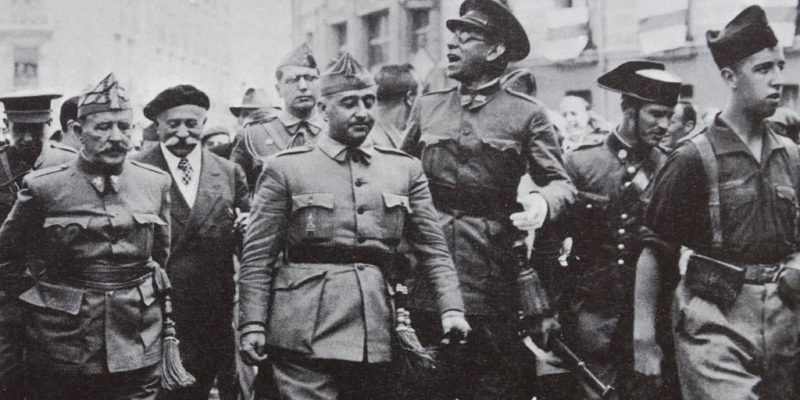 The military superiority of the rebels became noticeable above the Republican ranks, divided between political factions and lacking in war experience . In 1936 the nationalists had advanced on Madrid and subjected it to a siege, without being able to conquer the university zone.

During the summer of the following year the Basque provinces and then Asturias complained . After capturing Teruel and gaining access to the Mediterranean in 1938, the Francoists managed to divide the Republic in two. Thus, the enemy troops were cut off.

Then began a war of attrition that claimed famine, misery and thousands of lives. At the end of that year they advanced on Catalonia, forcing the Republican troops into exile in France.

At the beginning of 1939 the Republican forces were in disarray , in exile, or in the process of surrendering. The Francoists entered Madrid at the end of March and on April 1 the war was over.

Consequences of the Spanish Civil War

The main consequences of the conflict were: 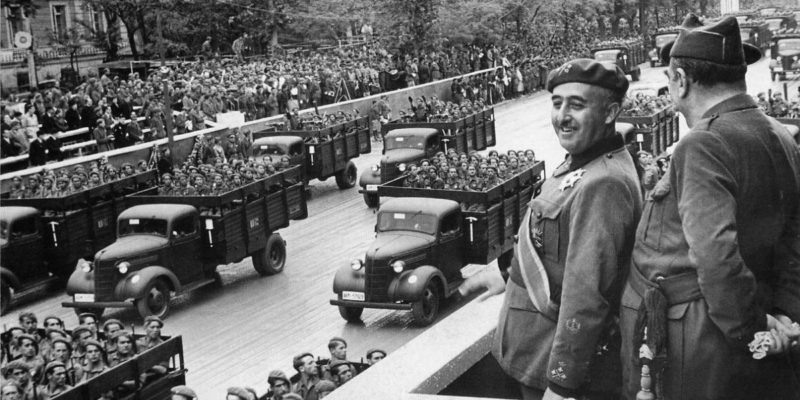 During the Franco regime, Castilian was imposed as a compulsory language.

The Franco regime began with the end of the Spanish Civil War and lasted until the death of the caudillo in 1975: almost forty years of fierce military dictatorship. In it, Catholic and conservative values were the norm and those who moved away from them deserved punishment.

Spanish was imposed as a compulsory language for the Basque, Galician and Catalan communities , prohibiting the use of their traditional languages and eliminating any hint of autonomy. Spain was once again one under Franco’s boot. 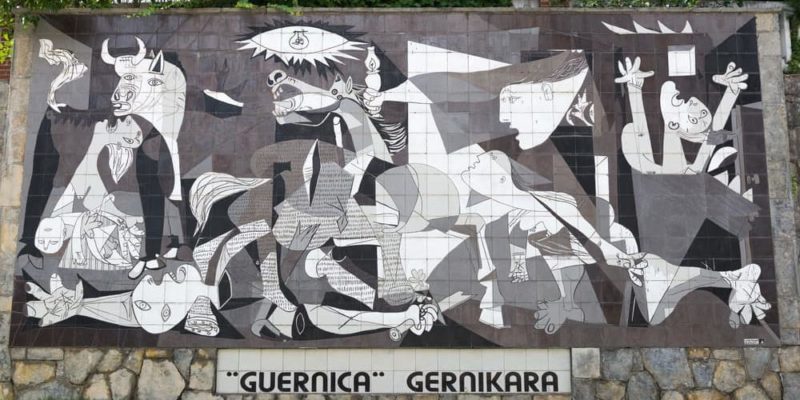 A reproduction of Picasso’s work is in the bombed-out town.

Numerous literary, film and artistic works have portrayed the horror of the Spanish Civil War. Among them we can highlight: