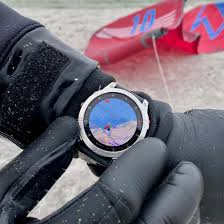 Fenix 7 has a bigger touch-enabled display

The next step is the sensors

If you are into multi-sports and only want the best, a Garmin smartwatch is the way to go. The firm upgraded its Fenix product line throughout the month of January. The line is currently on its seventh generation, and the Forerunner 945, along with its cellular counterpart, the 945 LTE, is currently the model with the most advanced specifications. Comparing the Garmin Fenix 7 and the Forerunner 945 is the focus of this essay.

The first is available in several different versions, and there is a large selection of Forerunner watches to pick from, so you might be thinking about which one is the most suitable for you. In order to facilitate your decision-making process, we have outlined all of the key distinctions between the two options. Please continue reading to find out how they stack up against each other.

When it comes to design, the primary difference between the Fenix 7 and Forerunner 945 is in design. The first one is constructed out of high-end materials such as stainless steel, titanium, or diamond-like carbon (DLC) coated titanium (depending on the model), and the second one is made out of fiber-reinforced polymer.

This makes the Fenix line heavier. There are various variations for each of the three main sizes (normal, S, and X), and their weight ranges from 63 to 89 grams. On the other hand, the Forerunner 945 is only available in one size, measuring 47 millimeters and weighing 50 grams.

Beyond that, both these watches carry the flagship circular design of the Garmins. The diameter of the standard model of the Fenix 7 is equivalent to that of the Forerunner 945. (47mm). But the latter is slightly thinner. Those with smaller or larger wrists can purchase the Fenix 7 S or X. There is no such choice with the Forerunner.

Fenix 7 has a bigger touch-enabled display

Garmin has managed to expand the size of the Fenix watch display while maintaining the same diameter. Therefore, the display on the base model of the 47mm Fenix 7 will be 1.3 inches, while the display on the Forerunner will be 0.1 inches smaller. This also means that the Fenix has a higher pixel density, as its resolution is 260 x 260. (versus the 240 x 240 on Forerunner 945). A display with a larger screen provides you with additional space in which to examine your notifications, maps, and training data. The table that follows provides information regarding the dimensions and resolution of both the S and X variants.

Despite the fact that the display on each of these Smartwatches is memory in pixel format, there is a significant distinction between them. You may access the menus on the Fenix 7 in two different ways: by tapping the screen or by using the five buttons that are physically located on the device. The display of the Forerunner 945 does not support touch input, just like the display on the Fenix 6.

Each watch possesses a high level of resistance to water. While the Forerunner 945 only has 5 ATMs, the Fenix versions all have 10 ATMs. The vast majority of people can be satisfied with either option.

The battery life of both watches is comparable, clocking in at about two weeks, but the Fenix 7 offers more programmable power management options than the Forerunner does. Tweak the settings, and the watch will show you exactly how much battery life (in hours) the watch has left.

Of course, there’s also the Fenix 7 solar model. It comes with a translucent solar charging glass that sits on top of the watch face. This turns the sun’s rays into energy, providing you with an additional 20 percent (approximately) battery juice. There is no such option available with the Forerunner.

The next step is the sensors

The Forerunner 945 and the Fenix 7 include an identical collection of sensors in their respective designs. The distinction lies in the fact that the ones that come with the Fenix belong to the most recent generation. The Garmin ELEVATE heart rate module, for instance, has been updated to version 4, and the clock contains the most recent Sony multi-band GNSS chip. Additionally, the Smartwatches features an analog display.

The list of additional sensors includes a barometric altimeter, a temperature, a compass, an accelerometer, and a gyroscope. Support for GPS, GLONASS, and Galileo is included in a sports watch, which is something you should anticipate finding in such a device. Additionally available in the Sapphire editions of the Fenix 7 is multi-frequency positioning. This means numerous frequencies from each constellation for improved locating where GNSS signals are weak.

You’ll discover an NFC chip tucked away in the engine compartment for making payments on the move. Finally, you also have storage for music — up to 2,000 tracks on Fenix 7 and around half of that on Forerunner 945.

The following table compares and contrasts the Fenix 7 with the Forerunner 945 in terms of their respective designs. We’ve also included the Fenix 6 watch in case you are contemplating that model. You are bound to find some excellent deals on that one.

These Smartwatches are designed to accommodate your needs for every sport you participate in. Even the most obsessive statisticians will have trouble keeping up with the abundance of performance and physiological indicators available. There is a good reason why Garmin is the undisputed champion of sports watches.

It is worth emphasizing right away - the foundation of the functionality of these watches is the same. Certain distinctions must be made between health and performance measures, but regardless of which path you go, you will acquire a substantial amount of information.

They also come equipped with the Incident Detection and Assistance feature as well as the Body Battery function from Garmin. The Forerunner 945 LTE eliminates the requirement of using a smartphone in order to access the latter. We have not yet seen a Garmin Fenix watch that has compatibility with cellular technology. You shouldn’t be shocked if Garmin announces a Fenix 7 LTE within the next few months.

So what do you actually get on the Fenix 7 in terms of functionality that you don’t get with the Forerunner 945? A few fragments here and there

The Health Snapshot is one of these options. Perform the test over the course of two minutes, and you will receive a variety of figures, one of which will be your heart rate variability (HRV). You’ll also get HIIT sessions and Vo2Max for trail running.

The Up Ahead function of the Fenix 7 is something that should be mentioned, as should the Stamina Metric. The first is a tool that delivers information about future destinations along your route or the road on which you are traveling. The second is a performance indicator that will tell you how much power is still left in the tank. Its objective is to help you pace yourself, so you don’t run out of gas before the finish line. It is probable that the Forerunner 945 will receive some of these capabilities in the form of firmware updates in the near future.

The remaining variations are not particularly significant. The complete list may be seen here. We have once more brought the Fenix 6 into the discussion by adding it to the table.

The design of the Fenix 7 is mostly responsible for the positive aspects associated with this watch. This watch line is constructed from high-end materials, making it more resilient than the Forerunner while also looking more attractive. The screen on the Fenix 7 is marginally bigger than the one on the Forerunner 945, giving you more room for your information, maps, and notifications, among other things. In addition to that, the display supports finger touches.

The amount of money that you are willing to spend is the deciding factor in everything. If you are looking for the best value for your money, the Garmin Forerunner 945 comes with virtually all of the same features included in the Garmin Fenix 7 model. The build of the device is slightly plasticky, along with a few missing performance metrics, fewer activity profiles, slightly shorter battery life, and a heart rate sensor and GPS chip from an earlier generation – in addition to a few other minor bits and pieces – are the sacrifices that have been made. If you are solely interested in the very finest, the Fenix 7 is the watch you should get.

The Fenix 7 is available in three different iterations, making it suitable for wearers with wrists of varying circumferences. Solar power is another alternative to consider if money is not a concern. Both Amazon (links: Fenix 7 and Forerunner 945) and Garmin’s websites offer the opportunity to purchase Smartwatches.

You might also consider purchasing the Fenix 6 model or the Epix 2, an upgraded and fancier version of the Garmin Fenix 7 device. Follow this link to get more information on how they compare to one another.