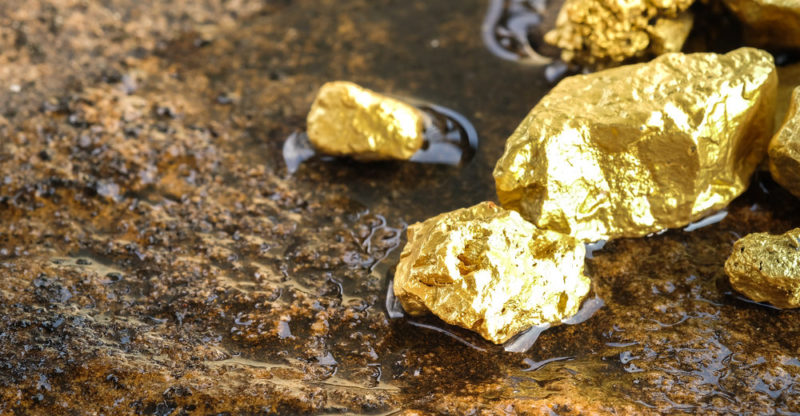 Other applications of gold

We explain what gold is, the chemical classification and the physical properties it presents. In addition, its characteristics and various uses.

Gold is one of the known precious metals , identified in the periodic table of chemical elements with the symbol ‘Au’. It is a not very reactive element, chemically classified among the ‘transition metals’.

It is a non-ferromagnetic metallic element, whose characteristics of ductility and malleability make it ideal for the manufacture of different types of objects , since it can melt and regain its hardness when cooled. For a long time it was used to produce coins .

Gold is normally found underground, in alluvial deposits in the form of nuggets or small accumulations , either in a state of purity or together with other minerals in alluvial formations, which are sought and exploited by mining .

Its role in human society is important, as it is a symbol of wealth, power and vanity , as well as glory and triumph. That is why it has been used for trophies, jewelry and national emblems, or to support the different currencies of the countries, whose value was initially measured according to the gold reserves of the Central Bank of that country.

The times when this mineral was frantically persecuted in countries like the United States was called the ‘gold rush’. 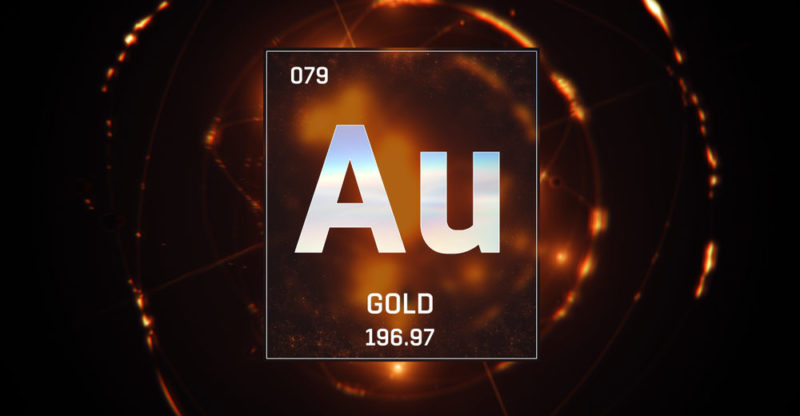 Gold is represented by the symbol ‘Au’ on the periodic table of the elements. It is located among the transition metals , in group 11 of the table, between platinum and mercury .

In its pure state, gold is a yellowish and shiny metal , an appearance that it holds even when alloyed with other metals. As it has low oxidation states, it does not usually lose its luster over time. 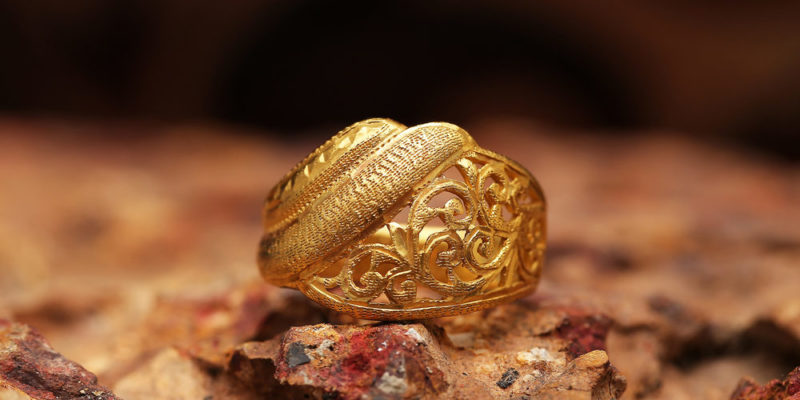 Gold is usually alloyed with other metals to harden it.

Gold is the most ductile and malleable metal known , making it ideal for jewelery and its casting into various ornamental shapes. Its melting point is 1064 degrees Celsius and it is a good conductor of heat and electricity .

On the other hand, gold in a state of purity is extremely soft , so it is usually alloyed with other metals to harden it and use it commercially, industrially or decoratively. At the same time, it is very resistant to corrosion and oxidation.

Gold has very low chemical reactivity , except against cyanides (CN - ), chlorides (Cl - ) and bromides (Br - ). Many of these compounds are used in mining to identify the presence of this metal, which carries a significant environmental impact . It can also be dissolved in certain specific acid and alkaline compounds or mixtures , such as aqua regia (HNO 3 and HCl) and some cyanides. 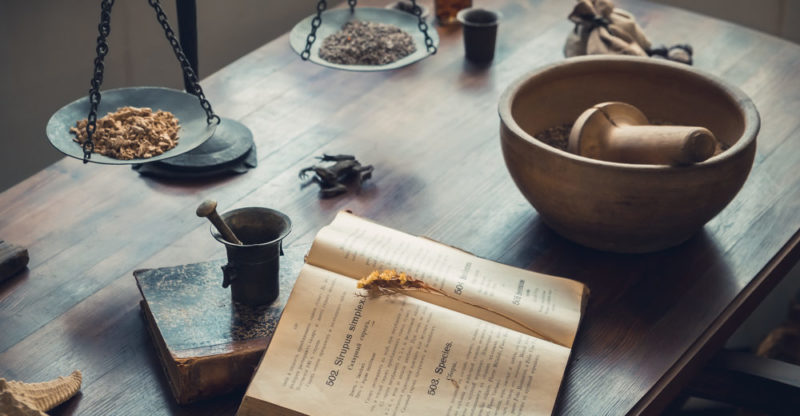 The alchemists of ancient times sought to produce gold.

One of the first names for gold comes from Latin: aurum , which means ‘brilliant’. The origin of gold is assumed to be the product of the nuclear fusion of elements such as stellar iron into heavier metals (such as uranium or gold) that do not occur naturally on planet earth .

And although from ancient times alchemists and scientists looked for a way to produce it from inferior metals, they did not succeed. 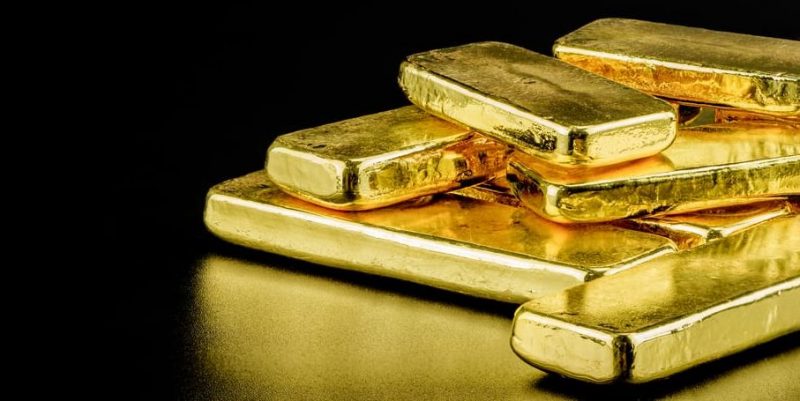 Gold was used by man for ornamental and commercial purposes.

Gold is known to have been used by man for ornamental and commercial purposes since roughly the Copper Age , as it has been found in numerous ancient tombs and on Mesolithic coins of Chinese civilization.

Its commercialization and extraction have been human activities for millennia, as well as its nexus with wealth and power.

Other applications of gold

Gold has recently been used as a useful component in electronics , for its electrical conduction and resistance to corrosion.

It was also used as a material for the manufacture of dental prostheses and dental fillings , as well as in the treatment of arthritis (gold salts). 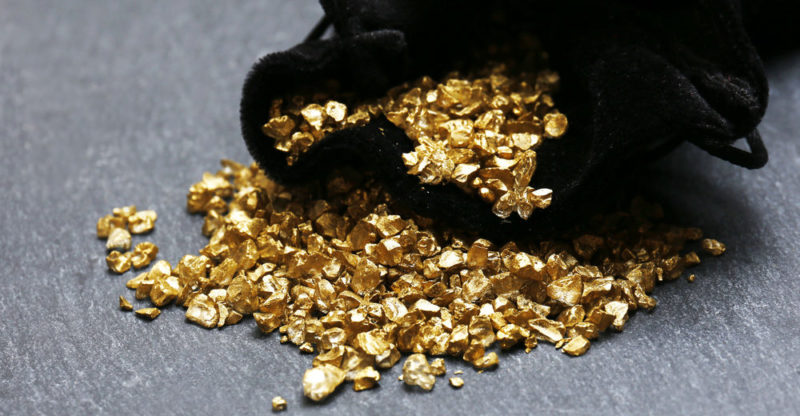 As it is so little reactive, gold does not represent a danger.

Gold in its pure state is basically harmless , although it is not impossible to witness cases of moderate allergies to this metal. But being so little reactive, it does not represent a danger in itself, but in the composition of toxic salts such as gold chloride (AuCl 3 ).

Gold has a single stable isotope (atomic variant) , the 197 Au, unique in addition to being of natural origin. Numerous radioisotopes of gold have been obtained in the laboratory, none of which exceed 186.1 days of life. 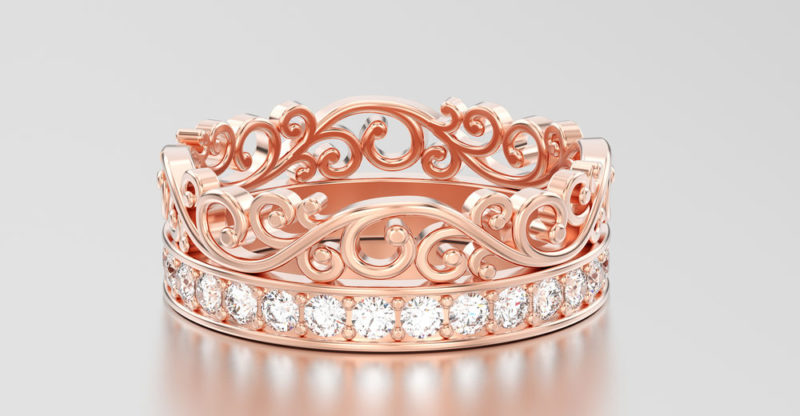 Seven alloys of gold are known in jewelry, each with a distinctive name: