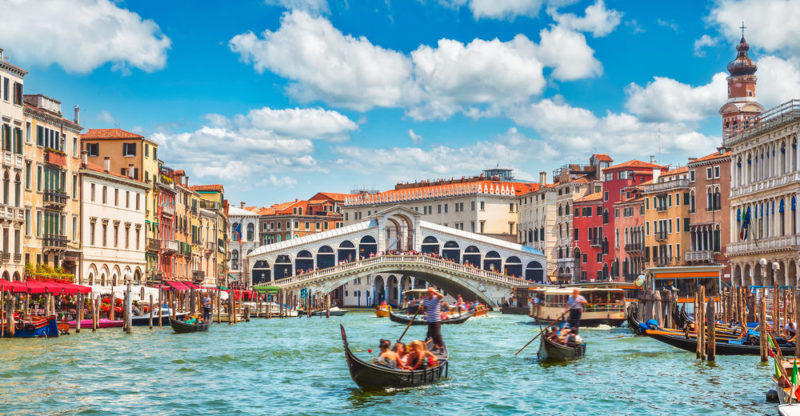 Climate and rainfall in Italy

Flora and fauna of Italy

Customs and traditions of Italy

We explain everything about Italy, what its geography is like and its climate. In addition, its characteristics, culture, economy, traditions and more.

Italy is a country located in Western Europe and a member of the European Union . Its territory extends through southern Europe , on islands in the Mediterranean Sea (such as Sicily and Sardinia) and on the Pelagie Islands (which belong to the African continent ).

It is one of the main world economies and stands out in textile, naval, automotive and food production (such as wines and olives). Its territory is inhabited by more than 60 million people who are distributed in the 20 regions that make up the country. The majority of the population speaks the Italian language .

Italy was the seat of many European cultures, such as the Etruscans, the Greeks and, most importantly, the Romans, so it is a country that has an abundance of history , culture, monuments, buildings and traditions, which makes it one of the most of the most visited countries in the world.

The capital of Italy is Rome , a city that is located in the east of the country and where the Vatican City is located, an autonomous state that is considered a holy place for the Catholic religion. Other important cities in Italy are Milan (considered the capital of fashion), Turin (an important industrial and automobile production center), Genoa, Bologna, Venice, Naples, Palermo and Florence.

The five geographical areas of Italy are:

In addition, within the Italian territory there are two states or independent countries: the Vatican City (surrounded by the city of Rome, in the center-west of the country) and San Marino (located in the east of the country). 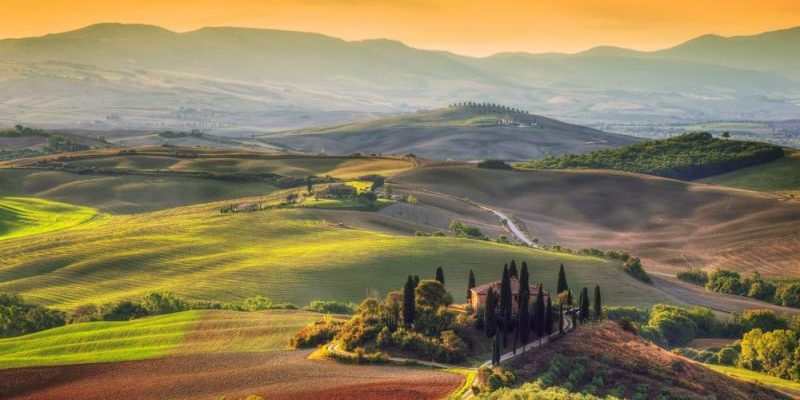 Italy is made up of mountains, plains and valleys.

Italy is made up of different mountain ranges and valleys . To the north are the Alps and to the south are the Apennines, the mountain chain that crosses the entire Italian peninsula like a backbone. Towards the sides of both mountain ranges there are hills and valleys that flow into the sea and in between there is the Panada plain, the largest plain in the country through which the Po River flows.

In the south of Italy is the island of Sicily, considered an extension of the Apennines, in which Mount Etna stands out, which is the highest active volcano in Europe (with a height of 3,345 meters above sea level). Towards the west coast, Italy has a large number of bays and gulfs that flow into the Ionian Sea and the Adriatic Sea.

Italy does not have a large number of river basins . Those that do exist are in the Po Valley and the vast majority (except for those whose headwaters are in the Alps) have a minimum flow that tends to dry up during the summer.

Climate and rainfall in Italy 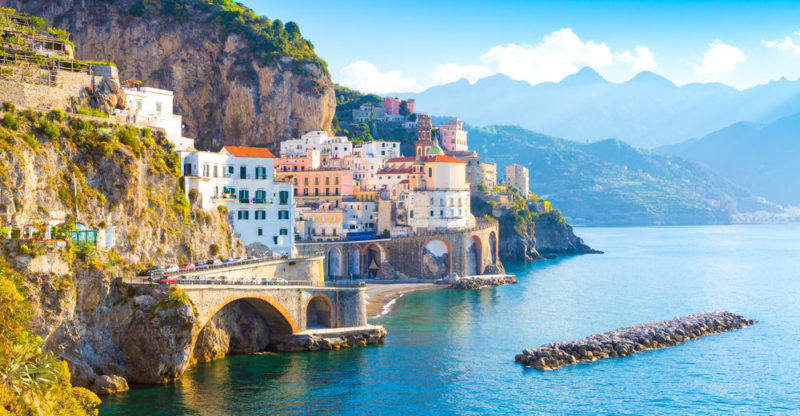 The coastal area of Italy has a Mediterranean climate.

The climate in Italy varies according to the geographical location and the type of relief . In the area of the Alps and the Apennines, the climate is cold and mountainous, and it is an area of attraction for the practice of winter sports.

The area of the Padana plain, in the north of the country, is characterized by having a continental-type climate, which lacks wind and in which winters are cold with frost, fog and occasionally snow, and very hot and humid summers. .

In the coastal area, the climate is of the Mediterranean type , the summers are warm and sunny and the winters are mild with a lot of rainfall.

Flora and fauna of Italy 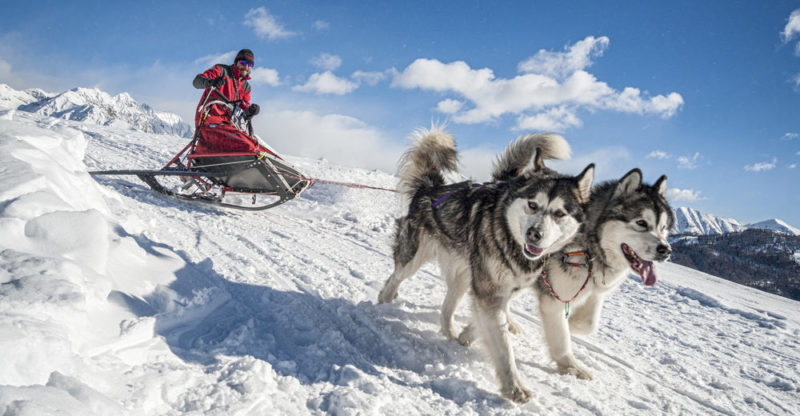 Wolves can be seen in the Italian Alps.

The flora of Italy is mainly made up of species of citrus trees, olive trees and palms . Towards the southern zone, fig trees, dates, pomegranates, sugar cane, cotton and almond trees can be distinguished.

The fauna of Italy presents little variety compared to other European countries. Bears, mountain goats, marmots, wolves , foxes and wild boars are some of the species that can be found. There is also a great variety of reptiles and arachnids such as vipers, scorpions, lizards and snakes . As for the birds , predators predominate, such as buzzards, falcons, vultures and eagles .

Due to its large number of coastlines, Italy presents a varied marine fauna. Among the species that stand out are crustaceans and molluscs , such as crabs and snails, and species of fish and mammals such as eels, shrimp, clams, tuna, cod and dolphins.

Italy is a country with a long tradition in art , especially in painting and sculpture . It saw its heyday during the Renaissance (5th to 6th centuries), a period that was characterized by the flourishing of artists in painting, sculpture, literature , and architecture .

Some of the main representatives of Italian art throughout history were:

Customs and traditions of Italy 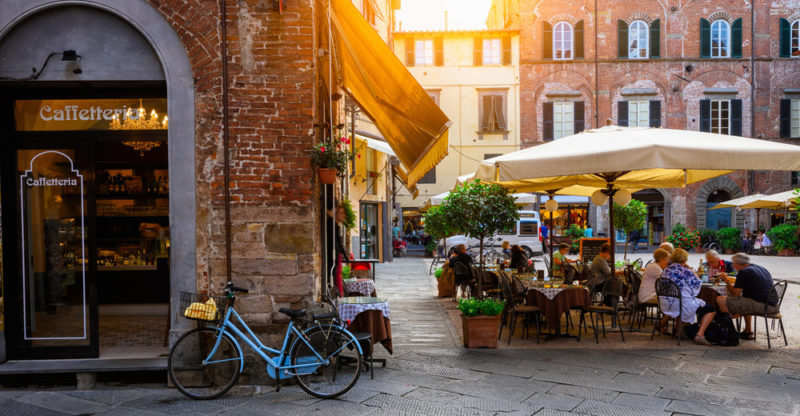 Italy is a country with a great diversity of customs, traditions and festivities that extend throughout its entire territory. Due to the migratory waves that led Italian citizens to settle in other parts of the planet, there is a great influence of Italian customs in various countries, especially in America .

Some areas in which the customs and traits of the Italians are evident are:

Italy has one of the ten strongest economies in the world and within the European Union it is usually placed after Germany and France.

Its economy is highly industrialized and industries are located mainly in the north of the country, in cities such as Bologna, Genoa, Turin and Milan. Italian industries are usually small and medium -sized family businesses and stand out in areas such as automotive, machinery, shipbuilding, technology , textiles and pharmaceuticals.

Italy also has a developed primary activity , mainly in the production of grains, vines, dairy products, meat, olives and citrus. Among its natural resources, the deposits of natural gas, lignite, sulfide, pyrite and oil and marble stones stand out. Due to its outstanding geographical position, with connections to other parts of Europe and Asia , Italy exports many of these products, as well as others such as machinery, vehicles and minerals.

Much of Italy’s workforce works in the service sector, in restaurants, hotels, shops, banks and health entities. It is a country that receives a large number of tourists , so its hotel and gastronomic industry is highly developed and generates a large portion of the national GDP every year.

From 1946, after the monarchy and subsequent fascist dictatorship of Benito Mussolini , Italy became a democratic republic . Its head of state is the president, who is elected by Parliament for a seven-year term and one of his main functions is to maintain national unity.

Italy is one of the most visited countries in the world. Tourists who come to its territory are attracted by its landscape, its architecture, its culture , its gastronomy and its history.

Due to the large number of cultures that inhabited Italian land, Italy is a country with a great past that is gathered in museums, buildings and archaeological sites. It is the country with the largest number of UNESCO World Heritage Sites. In addition, Italy has a great diversity of landscapes, among which its mountain ranges, lakes and coasts stand out.

Some of the most visited places by tourists in Italy are: