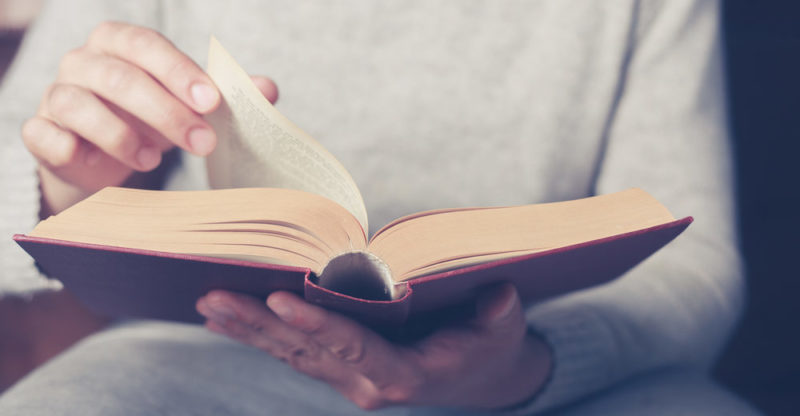 What is literary creationism?

Example of a creationist poem

The avant-garde of the 20th century

We explain what literary creationism is, its historical context and exponents. Also, what are its characteristics and examples.

What is literary creationism?

In literature , creationism is a Spanish-American poetic movement, belonging to the vanguards of the beginning of the 20th century . It was started by the Chilean poet Vicente Huidobro and the French poet Pierre Reverdy. It is characterized by considering poetry as a lyrical totality, independent of all forms of context, that is, as an autonomous creation.

Creationist poetry was linked to the exercise of freedom that the literary avant-gardes proposed. The representation of a personal imaginary of the poet was prioritized , instead of the description of the nature that surrounds him. All this in a bold and original language .

It should not be confused with the religious and philosophical doctrine that proposes the creation of the universe by an almighty God .

Creationism emerged in the early 20th century, after World War I , although there were disputes regarding its formal start date. The Chilean poet Huidobro, the initiator of the movement, came to Europe in 1916 to settle in Paris.

There, together with his French friend Reverdy, he published the magazine Nord-Sud in 1917, where the foundations of creationism were exposed . But since the movement was very popular at the time, a dispute arose between the two poets as to who had really been the founder of its aesthetics.

This controversy lasted almost 50 years, until the poet Braulio Arenas, preparing an edition of the complete works of Huidobro that he published in 1964, came across an Argentine edition of the poetry book El Mirror de Agua de Huidobro dated 1916 , two years before his publication in Madrid, thus confirming the Chilean as the father of creationism.

Creationism emerged at the height of the literary avant-garde in Europe and Latin America , when artists were betting on reaching quotas of freedom and creative autonomy that had never been seen before. This included very diverse bets, such as the attempts to reproduce the dream content of surrealism , or Marinetti’s songs of progress and the futurism machine.

It was, therefore, a moment of artistic explosion and a great desire for formal experimentation. It was the result, among other things, of the appearance of new discourses such as psychoanalysis, in addition to faith in science .

Simultaneously there was the formalization of the libertarian struggle of the working class movements , such as anarchism or communism . This spirit remained intact until the Second World War . 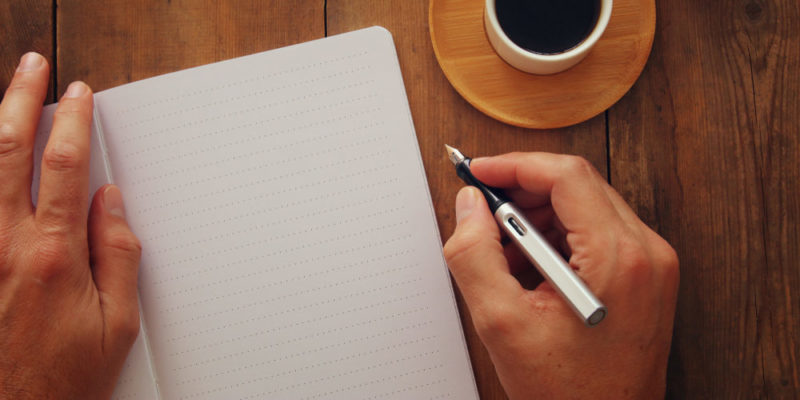 Literary creationism aspired to create the beauty of the world without imitating the existing one.

Creationism differs from other avant-gardes of the time, such as surrealism, in that it never intended to abolish human reason in poetic creation . Huidobro criticized the surrealists’ automatism, in which they wrote without thinking about what came out, although he did not deny the importance of the unconscious.

In what did coincide with the other avant-gardes was in the commitment to the subjective world of the artist, for his creative freedom and for a daring language, risky images and original vocabulary. Creationism proposed the creative independence of the poet, who, rather than being influenced by the historical context, aspired to create the beauty of the world without imitating that which already existed .

In Huidobro’s words, a poet should “make a poem like nature makes a tree . ” Thus, poetry was destined according to them to create a new world for humanity, thus being the poet similar to a god for his work. 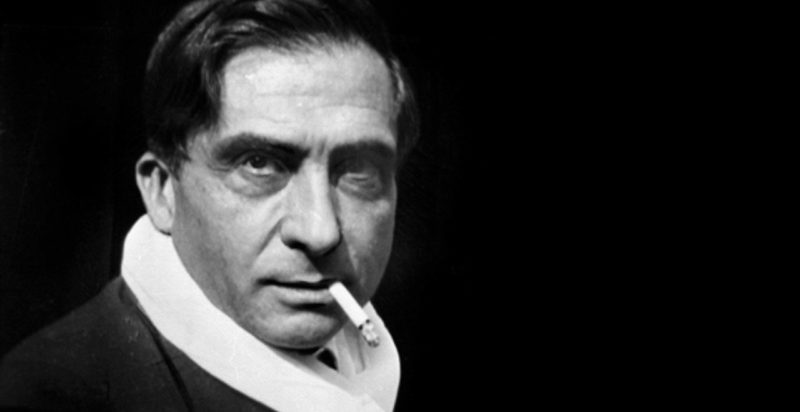 Besides Huidobro, Pierre Reverdy was the greatest exponent of creationism.

There is no greater exponent of creationism than Vicente Huidobro himself, one of the great poets of Latin America , or that of his fellow creator of the movement, Pierre Reverdy. However, the followers of the movement were especially Juan Larrea and Gerardo Diego, both Spanish.

To a certain extent, the ultraist poets that emerged after 1918 also belonged to this aesthetic . Some of the main creationist works are Altazor (1931) by Huidobro, Manual de foam (1921) by Diego, and Reverdy’s first poetry books, before he opted for surrealism.

Creationism strongly influenced the generation of avant - garde poets in France , Spain and Latin America, during the period that followed the First World War, especially some of the so-called Spanish Generation of 27 .

In this trend great works of poetry of the moment were inscribed , as well as the great poetic works of Huidobro, considered one of the greatest exponents of the genre in Latin America. 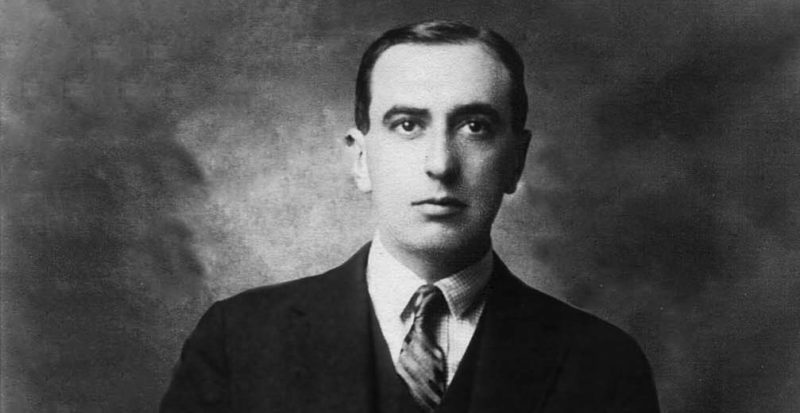 Huidobro’s first collection of poems was published in 1911.

Huidobro is one of the obligatory references of 20th century Latin American poetry. Born in Santiago de Chile in 1893 , into an aristocratic family, he studied literature at the Pedagogical Institute of the University of Chile, but left before finishing.

His first collection of poems was published in 1911 , before he left for Buenos Aires . There he designed the rudiments of his Creationist theory, and then moved to Europe, where he developed the bulk of his work and collaborated with numerous Spanish and French groups and authors.

Pressured by his finances, he returned to Chile in 1932, where he continued to be a relevant figure , opposed in a way to that of Pablo Neruda. The publication of “Out of Here”, a manifesto against the visit of Italian fascist politicians to Chile , earned him powerful enmities.

However, he continued to be a tutelary figure of the surrealist group La Mandragora , or that founded the magazine Actual in 1944, with a single issue. Finally he settled in Cartagena (Chile), where he died of a stroke in 1948. He left behind numerous poetry books and written novels, as well as a determining influence on the Hispanic culture of the time. 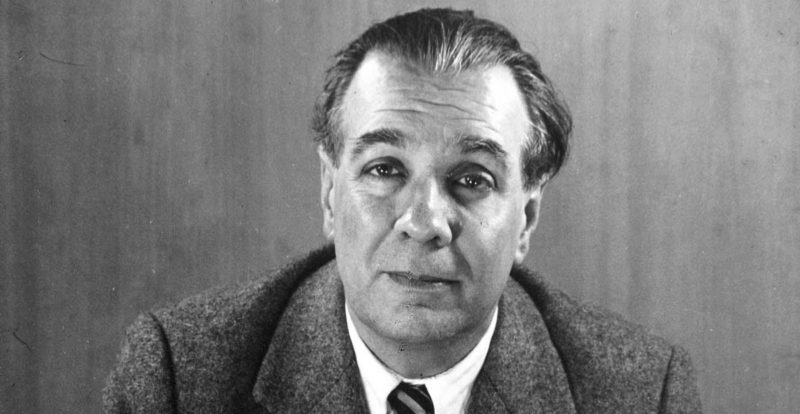 In his youth, Jorge Luis Borges was part of the ultraist movement.

Creationism and ultraism share characteristics because they have a common origin in Huidobro’s work. Ultraism is considered the Spanish extension, emerged in 1918, of the Chilean’s work, with which he sought to confront modernism and the neo-victors , dominant in Spanish poetry since the end of the 19th century.

This movement arose under the patronage of Huidobro and other transcendental poets such as the French Mallarmé and Apollinaire. Its main exponents were Guillermo de Torre, Quiroga Plá, Pedro Garfias and the young Jorge Luis Borges , who would later set out on his own path.

Example of a creationist poem

Along the way
I have stripped my fingers

And never look back

My hair
and the smoke from this pipe

But my weary heart
died in the last nest

The avant-garde of the 20th century

The avant-gardes of the 20th century were very important in the gestation of contemporary culture. It was a very broad and dispersed set of aesthetic movements , spanning literature, painting, and even cinema .

They set out to represent the philosophical tensions of the time, characterized by a greater desire for individual freedom and expression , amid world political tensions. There were two stages of the avant-garde: the first emerged in 1910, which reached its splendor in 1920; and the second born after the Second World War and which was displaced by postmodernism .