Mercury (Metal): What It Is, Properties And Characteristics 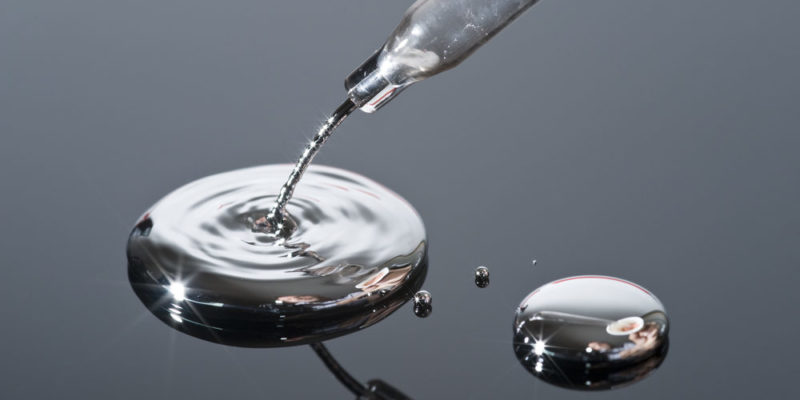 Mercury in the periodic table

When was mercury discovered?

What is mercury used for?

We explain what mercury is, when it was discovered and its properties. Also, what are its features, uses and more.

Mercury is a metallic chemical element , also known as quicksilver, hydrargyrum or liquid silver. Its symbol in the Periodic Table of the elements is Hg and comes from its name in ancient Greek: hydrargyros, a term composed of hydro (“ water ”) and argyros (“ silver ”). This is because it is the only liquid metal at room temperature (it is liquid like water, but with a metallic sheen like silver).

The name “mercury” comes from Roman mythology, as the main qualities of the Roman god Mercury were his mobility and speed. The alchemical symbol for this metal is also the symbol for the planet Mercury.

Mercury in the periodic table

Mercury belongs to group XII (IIB) of the Periodic Table. It is among the transition metals (groups 3 to 12).

This specific group is known as the zinc group and contains the elements zinc (Zn), cadmium (Cd), mercury (Hg), and copernicium (Cn).

When was mercury discovered?

Mercury has been known since ancient times of mankind : it can be found in ancient Egyptian tombs dating back to 1500 BC. C. and in 1800-year-old Teotihuacan tombs.

Its properties fascinated the human being , who in those times saw in it a primordial element, the pure and original metal from which the other known ones would have been born . That is why it was considered a powerful remedy for various ills, capable of prolonging life eternally.

The ancient Greeks used it in ointments , the Egyptians as a cosmetic, and around the 5th century it was discovered that amalgams could be made, that is, mixtures of mercury and other metals.

Mercury has a low chemical reactivity , which means that it reacts very little with most acids , except those that are highly oxidizing, such as concentrated sulfuric acid , aqua regia (a mixture of concentrated nitric acid and hydrochloric acid ), and nitric acid, which dissolve it leaving sulfates, nitrates and chlorides.

Some other reactions of mercury resemble those of silver . For example, atmospheric hydrogen sulfide, solid sulfur flakes , activated carbon, or powdered zinc are used to contain mercury spills.

In contact with other metals, mercury tends to form amalgams , that is, mixtures. Mercury perfectly dissolves gold , manganese, copper and zinc. However, it does not dissolve iron , nor do most of the transition metals in the Periodic Table.

Its reaction with aluminum is particularly corrosive , since mercury destroys the oxide layer that protects this metal. 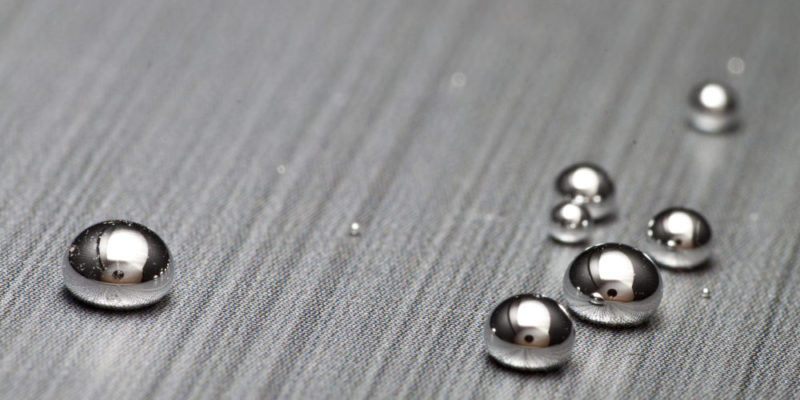 Mercury is the only naturally liquid metallic chemical element , despite being a white, heavy metal. Unlike other metals, it is a poor conductor of heat; Not so with electricity .

Its solidification and boiling points are particularly low for a metal (-38.83 °C and 356.73 °C respectively). This is due to its particular electronic configuration, which makes it similar in behavior to noble gases .

In its natural state, mercury forms perfect spheres that slide easily over surfaces and that, when physically cut, generate new spheres. Like all liquids , it does not have a defined shape but rather adapts to the container in which it is contained, although it does have its own volume.

In the face of heat, mercury behaves like a metal, dilating. Thanks to this property, for a long time it was used in thermometers. 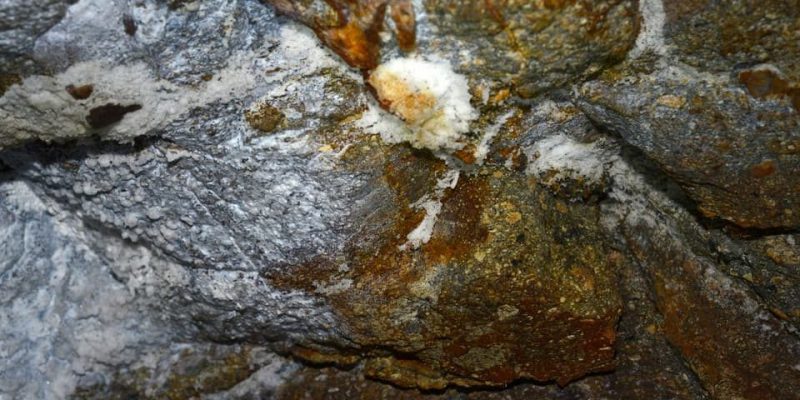 Cinnabar is obtained in mercury mines, from which the metal is extracted.

Mercury is present in deposits throughout the world , mostly as cinnabar (mercury sulfide (HgS)). However, it is relatively rare on the earth’s surface (0.08 parts per million).

It usually appears in the form of salts and oxides , but since it does not mix geochemically with the elements that abound on the planet, its deposits are highly concentrated. Most of its deposits are found in areas of recent orogenesis, with high-density rocks forced to emerge from the earth’s crust due to volcanic activity.

Mercury has seven isotopes . Of these, 202 Hg is the most abundant . Some are radioactive and have a relatively long decay period (between 46 days and 444 years), as is the case with 194 Hg and 203 Hg. The rest of the radioactive isotopes have decay periods of just one day.

What is mercury used for? 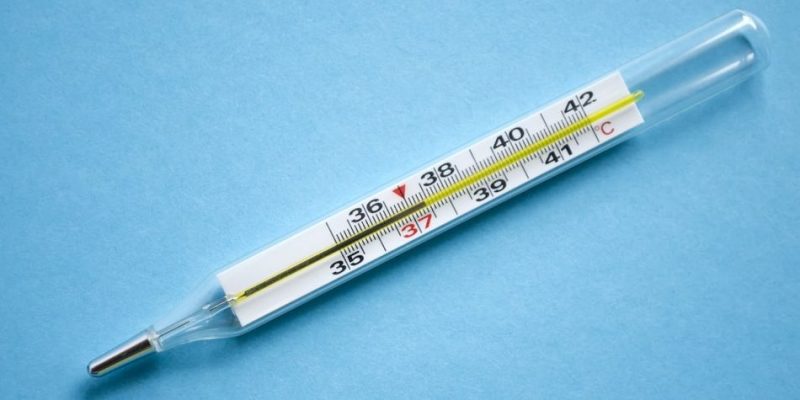 In a thermometer, mercury expands with heat signaling the temperature.

Mercury has a large number of applications for humans, such as:

Mercury is a highly toxic metal, whose intake in the body causes damage to the nervous system and the liver system . It can also cause various allergic reactions, skin irritation, chronic fatigue and headache.

Its presence in the body even causes damage to DNA and chromosomes . It can cause decreased fertility or offspring with birth defects.

Brain damage can lead to loss of senses (blindness, deafness), personality degradation or learning difficulties, and even permanent memory loss . Exposure to mercury vapors in industrial processes can cause poisoning and should be avoided at all costs. 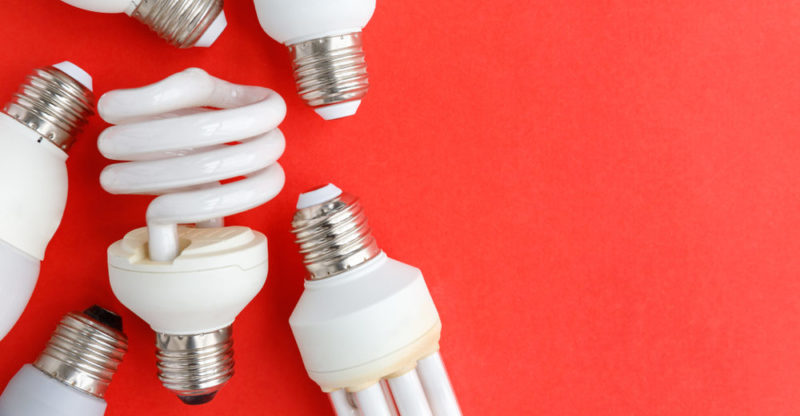 The mercury from the lamps contaminates the soil and water.

Its environmental effects are usually disastrous, since it tends to accumulate in soil and water. This pollution also comes from mercury that is released into the atmosphere during fuel burning and other industrial processes.

Once in the ecosystem , this element significantly alters the pH values of water and soil . On the other hand, it also accumulates within living beings , for example in fish that are particularly sensitive to methylmercury, and their organisms are severely affected.

In turn, due to its accumulation in animals , mercury can also poison humans due to fishing or eating contaminated food.

The exploitation of mercury in the world witnessed its main boom when it became an essential element for mining in the Americas , in colonial times . A second boom took place later, when the chemical industry began the process of obtaining chlorine.

However, after 1980 its environmental effects became more noticeable and studied. As a consequence, its exploitation began a gradual decline, as it also tended to be replaced by less toxic materials.