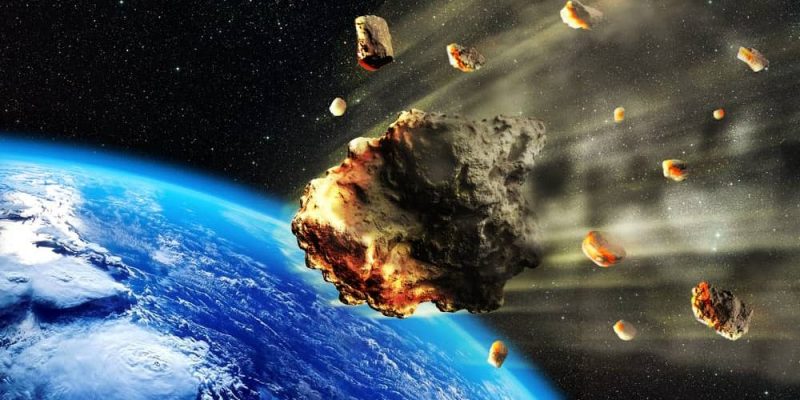 How are meteorites formed?

What are meteorites made of?

Most impacted regions of the planet

Why are meteorites important?

We explain what meteorites are, how they are formed, and what they are made of. Also, what are its characteristics, its classification, and more?

A meteorite or aerolite is an object that comes from space that impacts on the surface of some planet or satellite , in which they remain after surviving the friction of entering its atmosphere . Meteorites have been observed on the Moon , on Mars , and of course on Earth .

It is estimated that about 100 meteorites of different sizes and compositions enter the surface of our planet annually , some tiny and others more than a meter in diameter.

Most of those that enter the atmosphere do not survive frictional erosion on their downward trajectory , but many others do. If there are witnesses of its impact with the ground , they are called “falls”, or they are called “findings” if they are recovered later.

Meteorites are named after the location where they were found or witnessed falling, often followed by a combination of numbers and letters to distinguish them from others that have also fallen in the same region.

How are meteorites formed?

Meteorites can have diverse origins.

Some are simply leftovers from the formation (or destruction) of larger astronomical objects , such as satellites or planets .

They can also be fragments of asteroids, like those that abound in our Solar System ‘s asteroid belt , between the inner and outer planets.

In other cases they break off from a comet , which loses smaller fragments in its path.

After having one of these origins, they remain adrift or are thrown into space at high speeds, due to explosions or other similar phenomena.

What are meteorites made of? 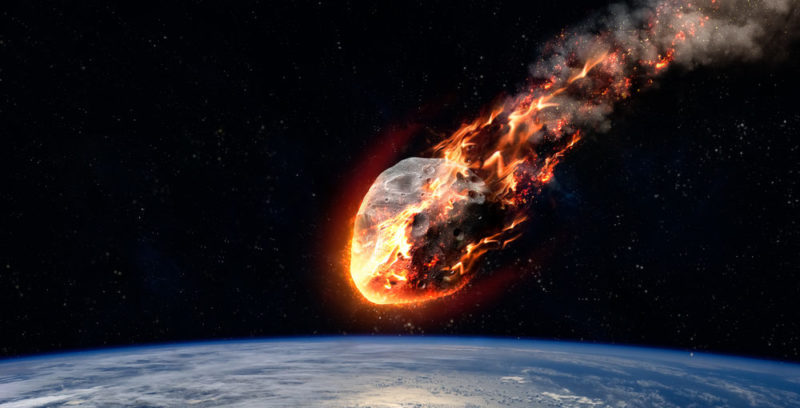 About 5% of the materials in a meteorite are bits of metal like kamacite and taenite.

5% are pieces of metal such as kamacite and taenite, and the remaining 1% are metallic-stony mixtures .

Generally , its composition includes different resistant materials such as rocks or metals, capable of withstanding the temperature of the Earth’s atmosphere. If weaker elements are present, they are removed by rubbing.

However, its specific atomic composition can be very varied, since it depends on its origin.

Three main types of meteorites are distinguished, judging by their composition: 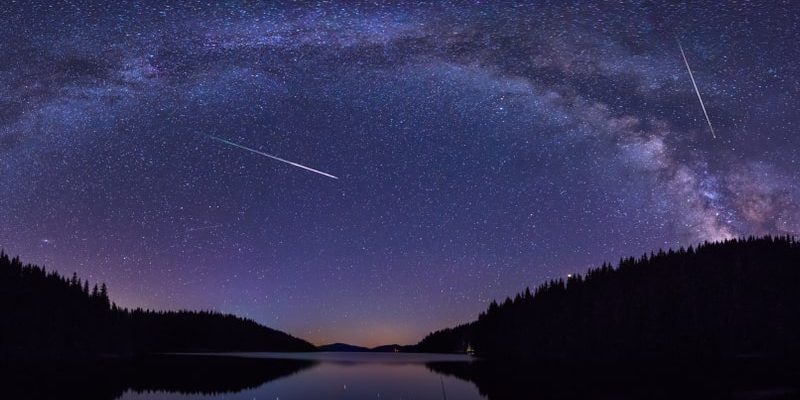 The Perseid Rains can be seen over the Rhodope Mountains, Bulgaria.

They are also known as “meteor showers”. It is about the entry of a good-sized meteorite into the atmosphere , which succumbs to friction and the high temperatures it generates.

When it falls apart, it becomes small particles that trace a luminous path in the sky (meteors), as they disintegrate in the atmosphere.

However, from time to time one of good size manages to break through and crash more or less intact to the ground, thus becoming a meteorite.

Every year these meteor showers occur. The most famous and recurring are:

Most impacted regions of the planet

The regions of planet Earth most likely to be hit by meteorites are those in the northern hemisphere . The most impacted areas are the great plains of Russia, as well as Europe and Canada, along with the polar regions of the globe.

In contrast, the tropical regions, Central Africa , South America and Asia Minor are the least prone to meteorite impact.

Why are meteorites important? 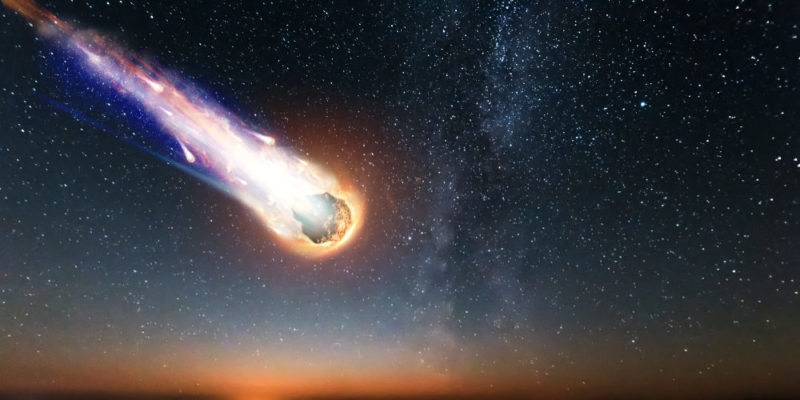 The materials in a meteorite allow us to learn more about the universe.

Meteorites are an important source of extra planetary materials that represent a huge opportunity for scientific study .

Since they are not part of the Earth, they may contain novel elements or simply higher proportions of known elements . Their analysis will allow us to learn more about the origins of the universe and about the formation of planets, satellites and asteroids.

These three terms should not be confused, although they represent different aspects of the same thing .

When we speak of a meteoroid , we refer to an astronomical object of relatively small size (between 100 micrometers and 50 meters in diameter), which are drifting in the infinities of space.

If such a meteoroid, attracted by the force of gravity , penetrates the Earth’s atmosphere and reaches the ground, it may be called a meteorite .

The trail of luminosity that it will have left behind as it crosses the atmosphere will be known as a meteor . 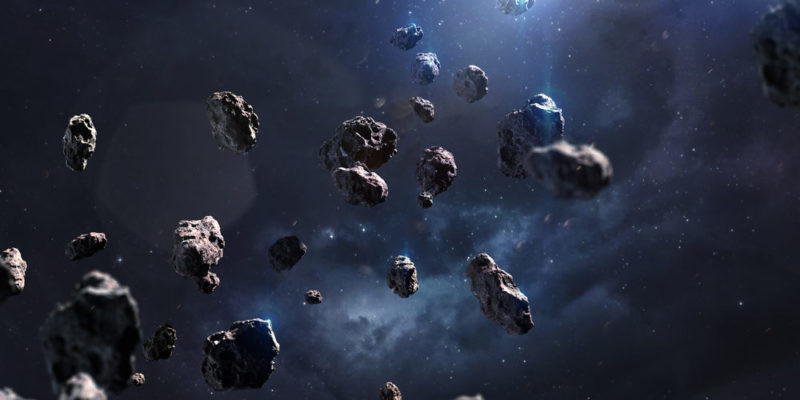 Asteroids are large, rocky astronomical objects , much like meteorites except that they exceed the 50m diameter limit.

Too small to be planets or dwarf planets, they are objects of various and irregular shapes that drift in regular orbits around the Sun or some other source of gravity in space. They are believed to be leftover material from the formation of stars and planets.

Instead, comets are moderately sized celestial bodies , made up of frozen grains and gases . They move along elliptical orbits around a center of gravity like a star (like our Sun).

As they approach a heat source, their frozen gases fluidize , leaving behind a distinctive trail, before returning deep into their orbit and refreezing their materials. 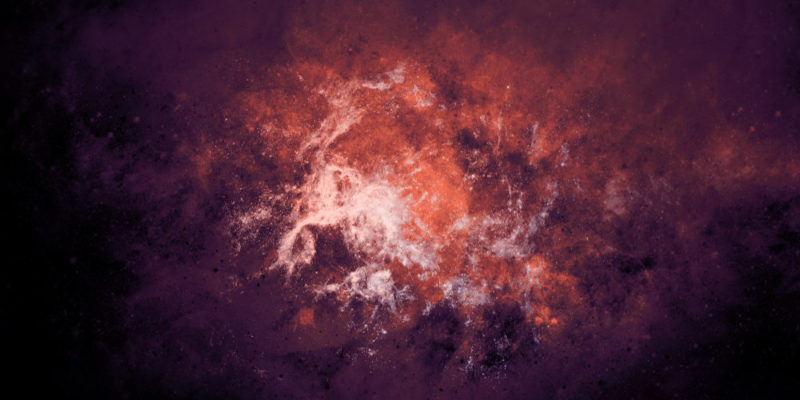 Cosmic dust is made up of tiny, sparse particles.

That is, they are tiny, sparse particles , remnants of other bodies or larger phenomena, which is why they are called stardust or space dust.

Some famous meteorites in history are: