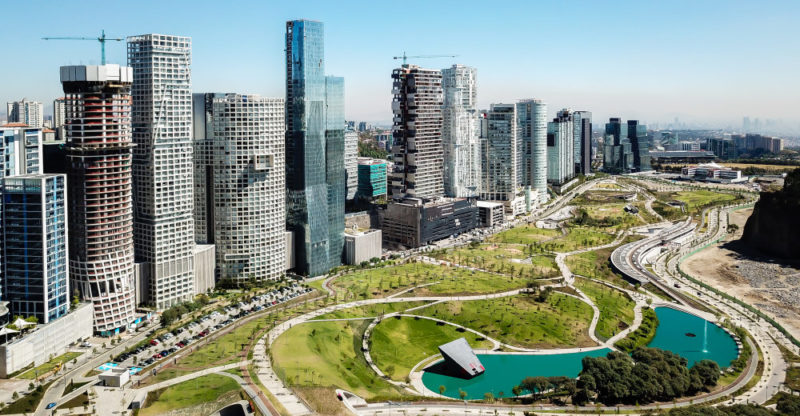 Location and dimensions of Mexico City

Parks and forests of Mexico City

We explain everything about Mexico City, where it is located and what its population is like. Also, its characteristics, geography, climate and more.

Mexico City is the capital city of the United States of Mexico , the country’s official name. It is located in the Federal District, whose entire area encompasses, and is often referred to as Mexico DF or even simply as DF (Federal District).

Mexico City is the largest city in North America , whose size and population size make it only comparable with cities such as Tokyo, in Japan , or Moscow, in Russia. It is one of the largest cities in the world.

It is the main urban, social, political, academic, economic, tourist, artistic, business and cultural nucleus of the Mexican nation, and has been the scene of numerous important events in the life and history of the nation. The political power resides there and it is also the cradle of the rich and vast Mexican pre-Columbian history.

Location and dimensions of Mexico City

Mexico City is located in the Valley of Mexico towards the center of the country , at 2240 meters above sea level and on a plateau surrounded by volcanic mountains , formerly occupied by Lake Texcoco.

Its shape is elliptical and has a total area of 1,495 km 2 , administratively divided into 16 metropolitan delegations, to which 37 municipalities of the State of Mexico must be added that surround it and are part of its urban mass. 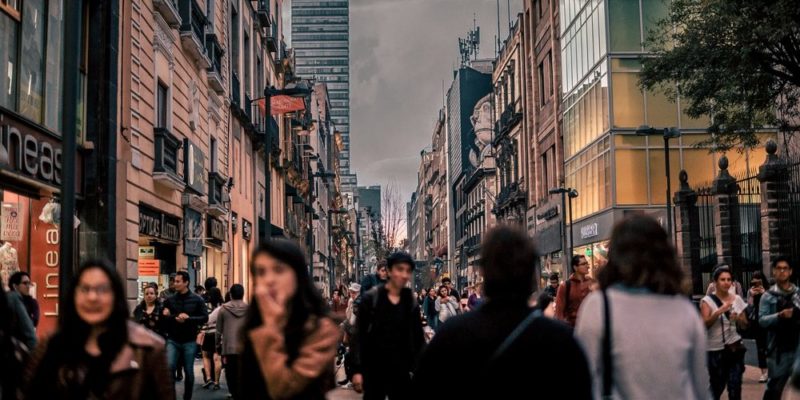 Mexico City has a population density of 5,966 inhabitants per km2. 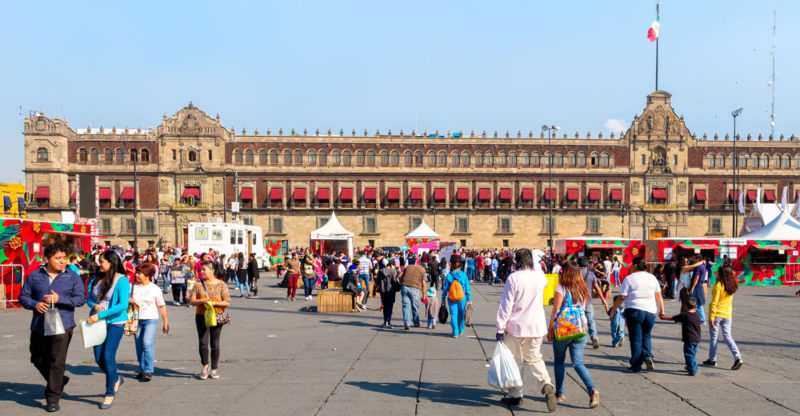 The National Palace is the seat of the Federal Executive Power of Mexico.

Since 1997, the inhabitants of the DF have enjoyed the right to elect by direct, secret and universal vote the Head of Government of the city, equivalent in his functions to a mayor and at the same time to a state governor, as well as the members of the Legislative Assembly of the city, which makes it an Autonomous City. In 2017 its political constitution was promulgated.

In this city is the National Palace , headquarters of the Federal Executive Power of the nation and a World Heritage Site since 1987.

Mexico City was founded as such by the Aztecs (Mexica Empire) under the name of México-Tenochtitlán, settling in the vicinity of ancient populations in the area around the 14th century. These ruins were part of their mythology and religious imagination, so the real foundation of the first settlers of Lake Texcoco is unknown, who could have been Olmecs or Toltecs .

The truth is that the Aztec city controlled the area in its triple alliance with Tlatelolco and Tlacopan , in what was known as the Aztec Empire , defeated in a bloody war of conquest by the Spanish colonists since 1520.

From then on, Tenochtitlán was renamed New Spain and was re-founded by Hernán Cortés , who ruled as Captain General. Later, the city would become the capital of the Viceroyalty of New Spain , which would last until 1821. 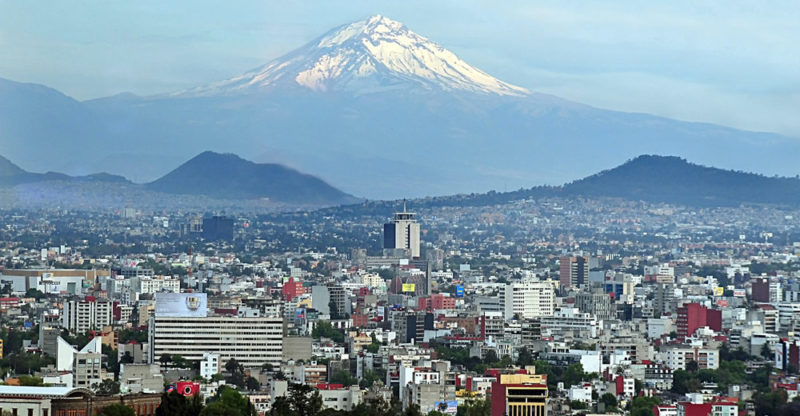 As has been said, the area occupied by the city was formerly a lake area , which is why the city was flooded numerous times during the 17th and 18th centuries.

In 1900, President Porfirio Díaz inaugurated a drainage system in the Valley of Mexico that remedied the growth of bodies of water under the capital’s soil . However, as was experienced during the 1985 earthquake , the area is highly sensitive to seismic vibrations.

The climates in Mexico City range from temperate to cold humid , given its considerable height, with high temperatures that rise to 28 and even 32 ° C in the warm seasons, and drop to 0 ° C in the historic center and - 4 ° C in the periphery during winter. The average temperature is 16.6 ° C.

The rain is abundant, with the possibility of hail, with very occasional snowfalls , despite the fact that its skies show little cloudiness during most of the year. The drying up of the lake and the expansion of the city have increased the temperature and affected the climate, tending towards the dry.

Parks and forests of Mexico City 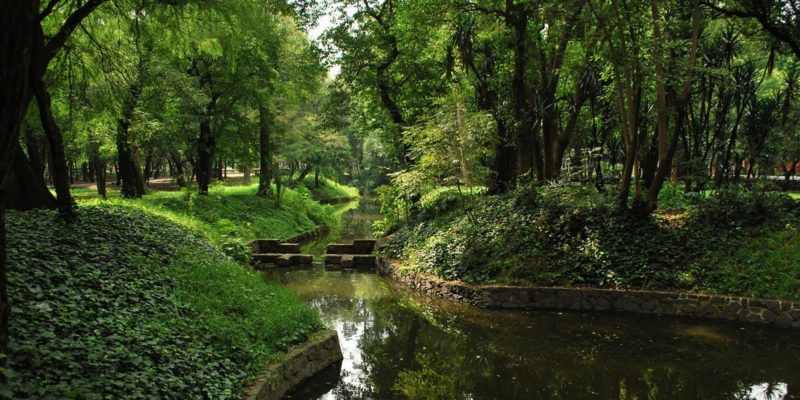 The Chapultepec Forest and Zoo is the largest in Latin America.

Mexico City has numerous forests and urban parks, some of which operate as a protected nature reserve. The main parks in the metropolitan area are:

The city’s transport network is vast , featuring the 207-kilometer underground network, which moves almost 4.5 million people daily. This network is complemented by a bus service and more than 250,000 taxis operating in the city. 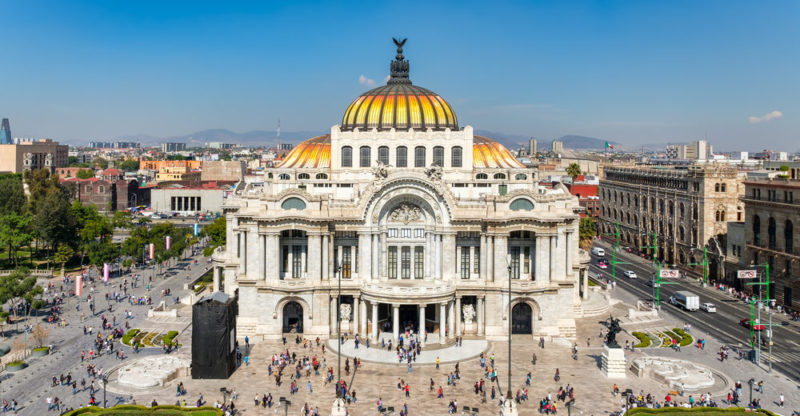 The DF is, after London, the city in the world with the largest number of museums per capita , where the very rich pre-Columbian heritage of Mexico is preserved. More than 160 museums, 100 art galleries , 30 concert halls and a historic center that reflects the colonial history of the country, make Mexico City one of the Latin American cultural enclaves of greater relevance and tourist importance that exist.

The main problems in Mexico City are: