Mountains: What Are They, Formation, Types, Climate And Characteristics 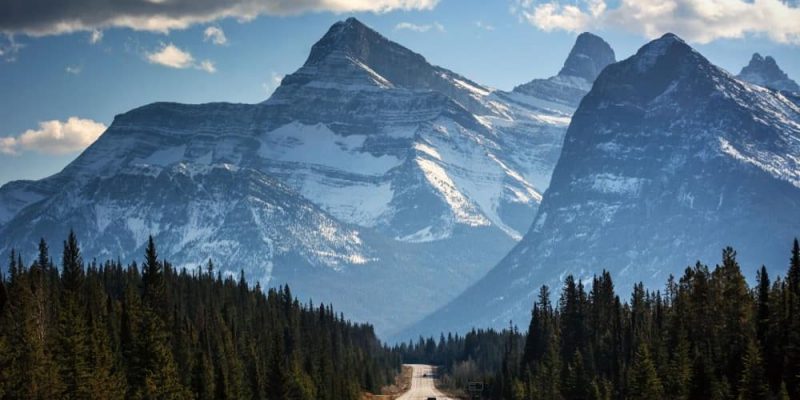 How are mountains formed?

Parts of a mountain

Why are mountains important?

The five tallest mountains in the world

We explain what mountains are, how they are formed and the flora and fauna they present. Also, what are its characteristics and importance.

Mountain is called a natural elevation of the territory product of forces of tectonic origin , in a process called orogenesis.  They generally assume an elevation of 700 meters or more in height from its base. It is an accident of the relief , grouped in mountain ranges or mountain ranges (mountains), which can extend over kilometers.

Since ancient times, the mountains fascinated the human being , who imaginatively associated his closeness with the sky to a closer contact with God . In other cases, he saw them as a metaphor for the efforts that must be sustained over a long period of time to achieve a final improvement or a valuable perspective.

Those who are dedicated to exploring the mountains and conquering their peaks are known as mountaineers. Professions associated with mountains are considered risky .

A significant portion of the planet Earth’s surface is covered by mountains: 53% Asia , 25% Europe , 17% Oceania and 3% Africa , for a total of 24%. In addition, at the top of the mountains rivers originate and there are processes of the water cycle that could only take place at such heights.

How are mountains formed?

The process of mountain formation is called orogenesis .

It occurs when there are deformations in the earth’s crust , usually the product of the meeting of two opposing tectonic plates .

When the plates exert reciprocal force against each other, they produce a folding of the Earth’s surface layer (lithosphere) , sending one streak up and another down.

In this way, elevations of different heights are formed that are later transformed by external factors such as erosion or subsequent tectonic movements.

This collision process sometimes causes a layer to sink underground , to the point of undergoing melting due to the high temperatures it reaches. In this way, liquid magma is formed that, later, can rise towards the surface forming a volcano . 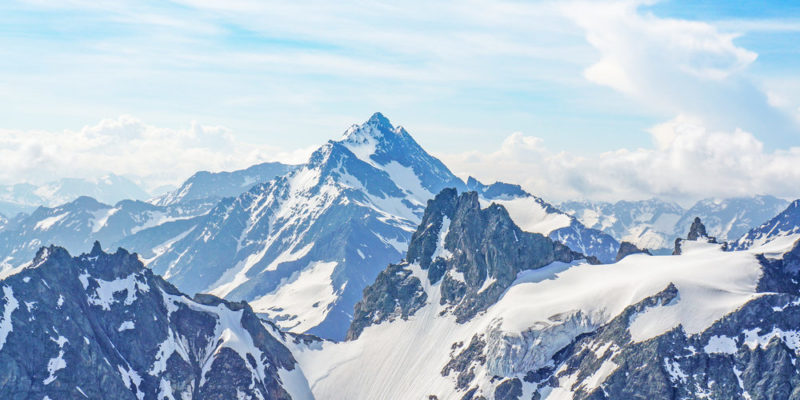 When mountains meet longitudinally they are called mountain ranges.

There are many ways to classify mountains. For example, according to their height they can be classified into (from lowest to highest):

Similarly, they can be classified according to their origin in:

Finally, they can be classified according to their way of grouping:

Parts of a mountain

Mountains are made up of the following parts: 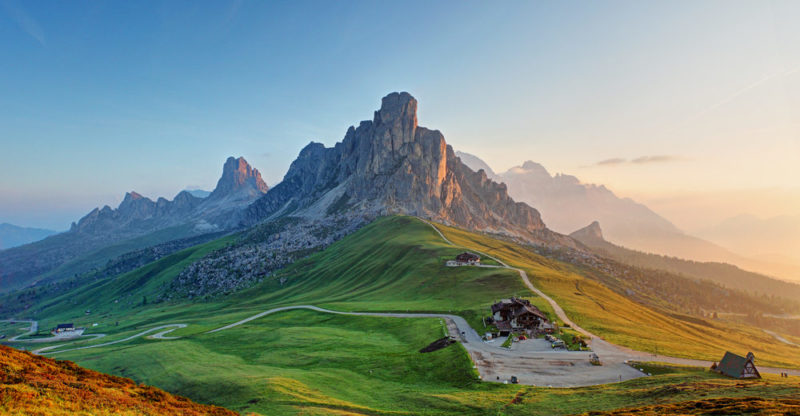 Higher up, water and moisture freeze.

The climates mountain usually depend on two factors: the latitude at which it and lift it reaches at a certain time are. Thus, when there is higher altitude, there is also lower temperature and lower atmospheric pressure, varying at a rate of 5 ° C for each kilometer of altitude gained.

Something similar happens with the rains : they are more frequent at higher altitudes , so that it is possible to find more humid areas at the top than at the foot, especially where the great rivers have their source. Higher up, water and moisture freeze. There the air becomes much drier, with little rainfall. 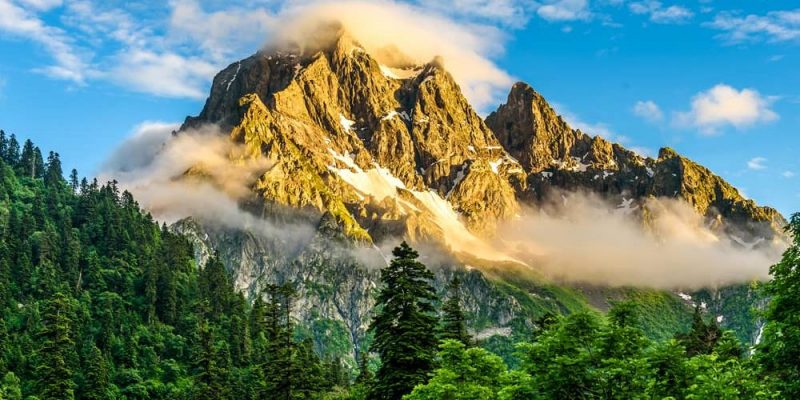 At the foot of the mountain, forests with lush trees predominate.

In the floors near the foot, the vegetation of the surrounding plains abounds, or mountain forests with lush and tall trees . However, erosion and other climatic factors play against them.

As height is gained, the more cold-resistant plant species predominate . Above the area of trees, the height causes a decrease in humidity, therefore the vegetation loses size, turning into a pasture: shrubs and small grasses.

The tops of the mountains are usually more arid than the rest, especially those covered with ice and snow. 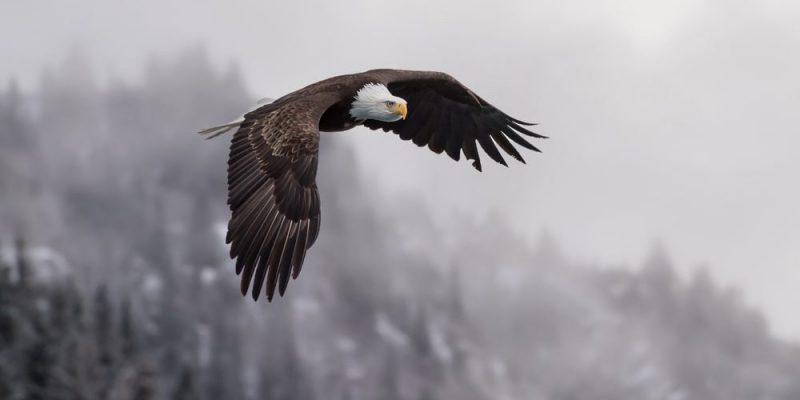 Although in the heights there are fewer animals, large birds can be found.

The mountain fauna is also due to altitude, concentrating mostly on the low and medium elevation portions , in which vegetation (to provide shelter and sustenance) and oxygen predominate .

In the lush regions it is possible to find large predators such as cougars, bears or wolves . In the mountains of the warmest areas of the planet, large primates and jungle cats can be found , depending on the region.

In all cases, as you get higher there is a more modest wildlife, composed of insects , birds and reptiles of small size .

About 10% of the entire world population lives in mountainous areas . Due to their difficult access, many of them are poorer than the rest of the region.

The inhabitants of these areas often have physiological adaptations to altitude , such as more oxygenated blood (which compensates for the decrease in oxygen in altitude) and more caloric diets to combat the colder climate.

However, the ideal regions to inhabit the mountains are the valleys , since they are not so high, they are protected by the slopes and they usually have rivers and other waterfalls that make the land fertile.

Why are mountains important? 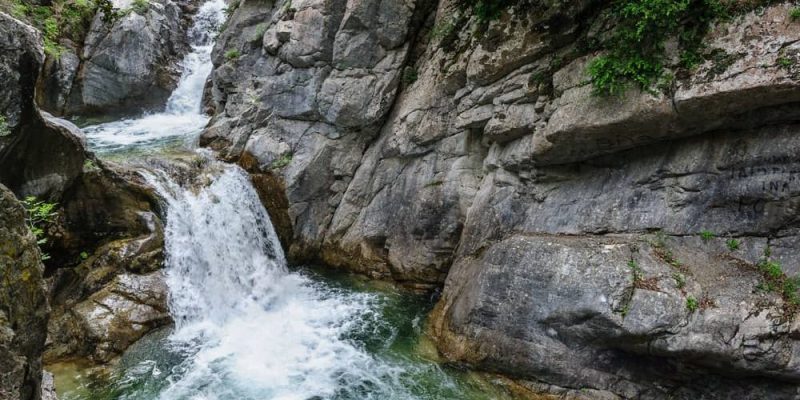 The rivers originate on the slopes of the mountains.

Mountains are essential for the planet’s biodiversity and for the variation of its climates. In the first place, they are natural barriers against wind and floods , and therefore prevent the advance of storms and hurricanes .

They also constitute a source of water resources for various regions , since the rivers originate on their slopes. There are, of course, also arid mountains in which there are no rivers or great vegetation, and it is possible that a mountain is the source of natural disasters such as landslides or landslides.

An easy way to know if a mountain is young or old (in geological time, of course) is to look at its top. If it is a steep or pointed peak, then it is a young mountain . On the contrary, if it has a rounded top, it is an old mountain that has been subjected to erosion for a long time.

The five tallest mountains in the world 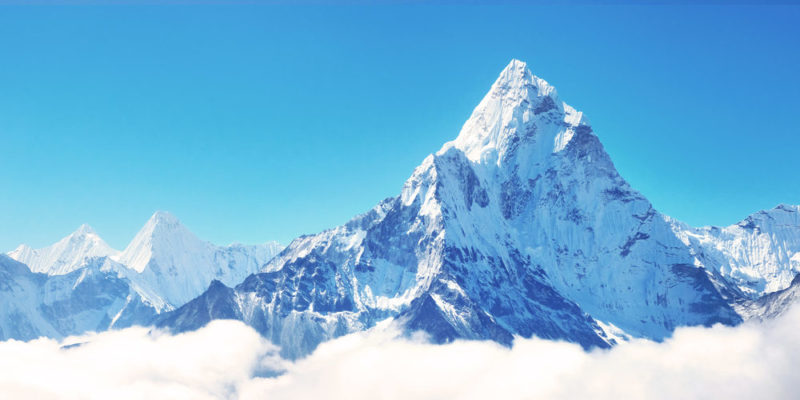 At 8,846 meters high, Mount Everest is the highest mountain in the world.

The tallest mountains in the world are: