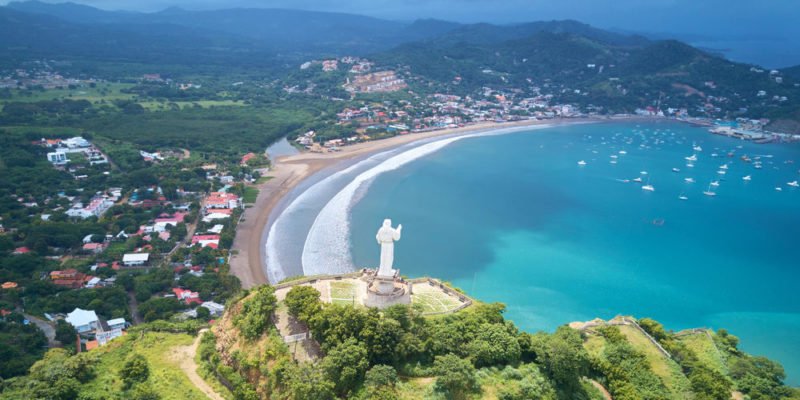 We explain everything about Nicaragua, how are its history, and the culture of this country. Also, what are its features, economy, and more?

The name Nicaragua comes from the indigenous words of the area, especially the Nahua , and is linked to the Niquiran tribe, which can be translated as “The Kingdom of those who live next to large water reservoirs .”

Its government regime is democratic and presidential, and the name of its inhabitants is Nicaraguan .

The particular history of Nicaragua shows a conflictive relationship with foreign powers , both Spain at the time and the United States; the latter motivated by a time of revolutionary insurgency that gave rise to a bloody Civil War. 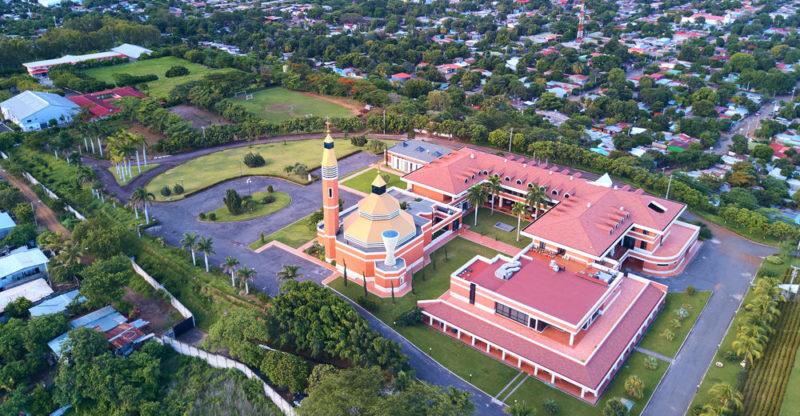 Managua has some 2.2 million inhabitants.

The Nicaraguan capital is the city of Managua , located in the west of the country, on the southwestern shore of Lake Xolotlán (Lake Managua).

Originally it was a pre-Columbian town that from 1819 was raised to the level of a town and in 1852 to that of the nation’s capital.

It has about 2.2 million inhabitants taking into account its metropolitan area, which is equivalent to 24% of the country’s population.

The Nicaraguan territory covers about 129,494 square kilometers , bordering on the North with Honduras, on the South with Costa Rica, and having coasts on both the Pacific Ocean and the Caribbean Sea. 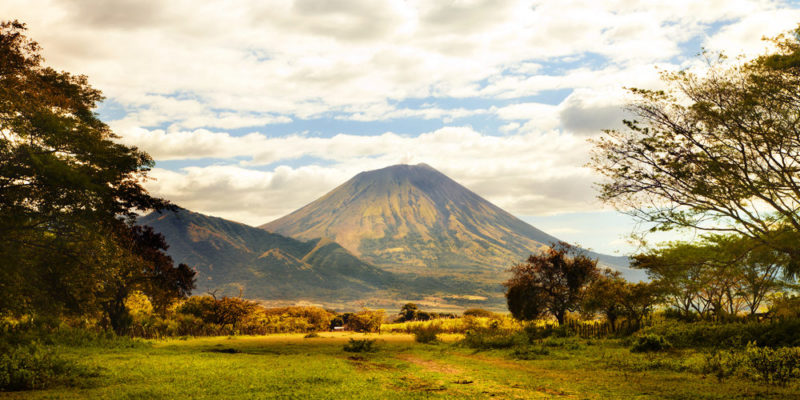 The first inhabitants of the territory of Nicaragua date back to 8 thousand years old , according to their remains located on the Caribbean coast, at Monkey Point.

However, its first recognized pre-Columbian populations were the Nicaraguans , who migrated from the north after the fall of Teotihuacán and settled on Ometepe, the largest volcanic island in the world, in the middle of a freshwater lake.

Like the rest of the continent, Nicaragua was part of the American territories of the Spanish colony , dependent on the Viceroyalty of New Spain , with its capital in present-day Mexico City , and also the Kingdom of Guatemala, administered by the Royal Audience of Guatemala.

During the independence movements of the 19th century , the five provinces that made up the Kingdom of Guatemala (one of which was Nicaragua) became independent from the Spanish Empire and in 1821 they annexed the First Mexican Empire .

The latter dissolved in 1823 after the resignation of Agustín de Iturbide, Nicaragua and the other Central American provinces formed the United Provinces of Central America .

In 1824 they were erected as the Federal Republic of Central America, in office until 1839, when it was submerged in a Civil War. From there Nicaragua began its life as an independent republic .

The Nicaraguan 20th century was complicated, largely due to military interventions by the United States to impose its convenience in the face of the nation’s political instability.

The United States supported the formation of various military dictatorships , especially in the hands of members of the Somoza family, until the Sandinista Popular Revolution broke out in 1979 , overthrowing the dictatorship and establishing a left-wing democracy.

In the middle of the Cold War , the United States did not see the new government with good eyes and financed all kinds of counterrevolutionary initiatives, including an economic blockade and the dispatch of special anti-communist troops, the “Contras”, in what ended up being a bloody war. Civil. 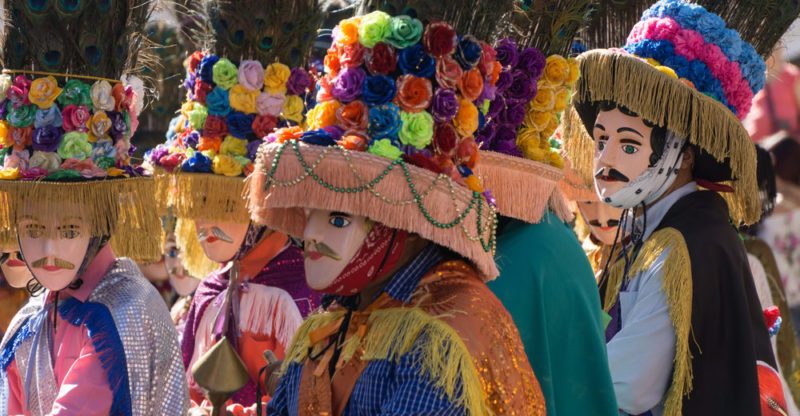 Nicaragua is famous for its large number of parties and celebrations.

The local culture is, as in all of Central America , a mixture between the European heritage (of which Catholicism remains the majority religion), and the original heritage of pre-Columbian cultures.

It is a nation famous for its large number of festivals and celebrations , of enormous color and gastronomic variety and traditions, among which there are bullfights, parades, typical dances and religious processions, such as the patron saint festivities.

Among them are known La Gritería, the carnivals of Managua, the feast of Santo Domingo de Guzmán, or the dance of Los Diablitos.

Regarding Fine Arts , Nicaragua stands out for having given Hispanic-American culture one of the great representatives of poetry , known as “the prince of Spanish-American poetry” or “the father of modernism”: Rubén Darío .

Other prominent authors in literature have been Ernesto Cardenal (poetry), Gioconda Belli (poetry and narrative) and Sergio Ramírez (narrative). The same happens with painters like Armando Morales, Rodrigo Peñalba or Leoncio Suárez. 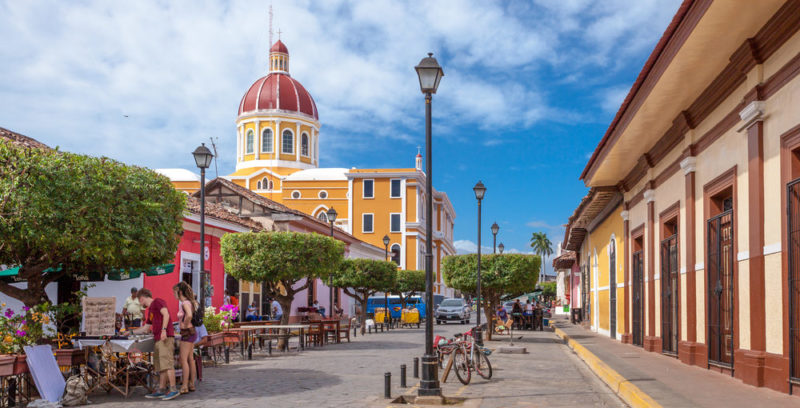 It is estimated that one in six Nicaraguans resides in another country.

The Nicaraguan population is multi-ethnic, having Spanish as the official language , but recognizing various aboriginal languages such as Misquito, Sumu, Garifuna and Rama, as well as Nicaraguan Creole English.

Based on their genetic makeup, the mestizo people are made up of 58% European genes , 29% indigenous genes and 13% African. There is also a presence of Asian and Middle Eastern migrants .

The population of Nicaragua has an important migrant tradition , whose favorite destinations are Mexico , Canada, Guatemala , Panama, El Salvador, but also the United States, Spain and Costa Rica.

It is estimated that one in every six Nicaraguans resides in another country (almost one million citizens ).

Those who reside in the territory, on the other hand, are mainly concentrated on the Caribbean coast , and in its main three cities: Managua, León and Masaya. 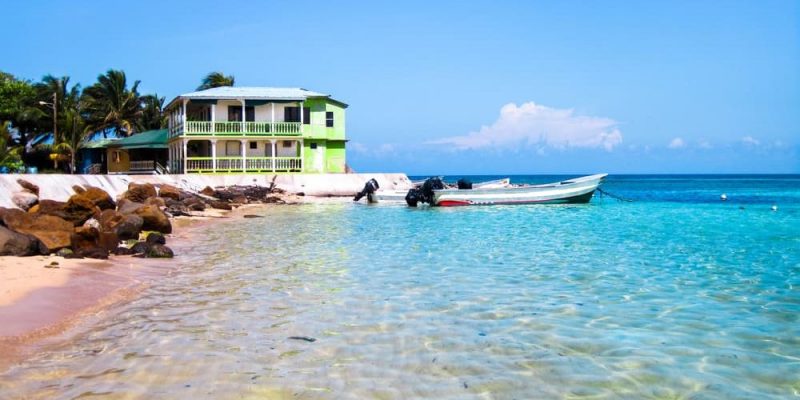 The beautiful Caribbean coasts of Nicaragua are combined with its traditions.

Nicaragua has enormous tourist potential , combining the beautiful Caribbean coasts with the traditions of the American aboriginal peoples, the colorful celebrations of mestizo Catholicism and a very particular volcanic, jungle and coastal geography .

It is known as the “land of lakes and volcanoes . ”

Despite the fact that in the past the nation grew rapidly, Nicaragua is currently the Central American country with the lowest economic growth and the one with the lowest international investment in all of Latin America .

Its main export products come from agriculture and mining , mainly green and roasted coffee and coffee substitutes (17%), beef (16%), non-monetary gold (6.6%), crustaceans and molluscs (6 , 1%) and cheese and curd (5.4%), among other items. 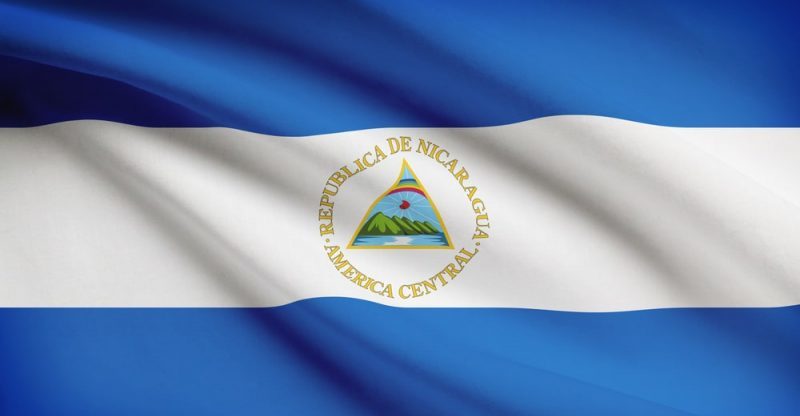 The Nicaraguan flag was created in 1908 but only made official in 1971.

The flag of Nicaragua is one of its national symbols , along with the anthem and the shield . It was created in 1908 but only made official in 1971.

It consists of three horizontal stripes of equal thickness and length , the first and last cobalt blue and the middle white. In this last figure, in the center, the national coat of arms.

As in the case of several of its neighboring countries, it is a flag derived from the one belonging to the United Provinces of Central America.

The current Nicaraguan currency is the Cordoba , a replacement since 1912 of the old Nicaraguan peso.

Its name pays tribute to the Spanish conqueror Francisco Hernández de Córdoba , who was the founder of two of the main cities of Nicaragua: Santiago de Granada and León Santiago de los Caballeros.

The currency symbol is C $ and its ISO code is NIO. 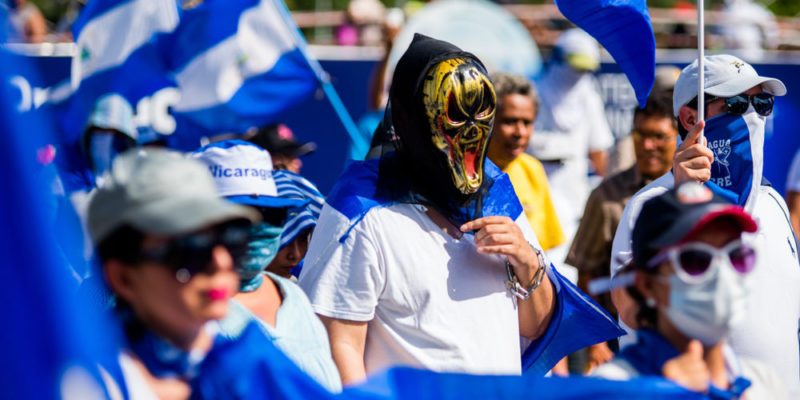 In 2018 a series of civil protests began in Nicaragua.

Nicaragua has been a source of news in the first decades of 2000 due to the growing unpopularity of the leftist government of Daniel Ortega, representative of the Sandinista National Liberation Front, which has governed since 2006.

The peak of events took place in 2018 when a series of self-organized civil protests began , which were repressed by the State with particular brutality: more than 300 deaths and 3,000 injuries have been registered by the United Nations.

The wave of protests, in the face of those killed by the repression, has only increased in Nicaragua, to the point of attracting the attention of the international community .

A committee of the UN visited the country in August 2018 and concluded in a report that violations were alarming the Nicaraguan state to human rights and freedoms fundamental.

The latter led to the expulsion of the UN delegates from the Central American country , as the official discourse accuses them of conspiring against it. Other countries with controversial governments such as Venezuela or Bolivia support the latter complaint.