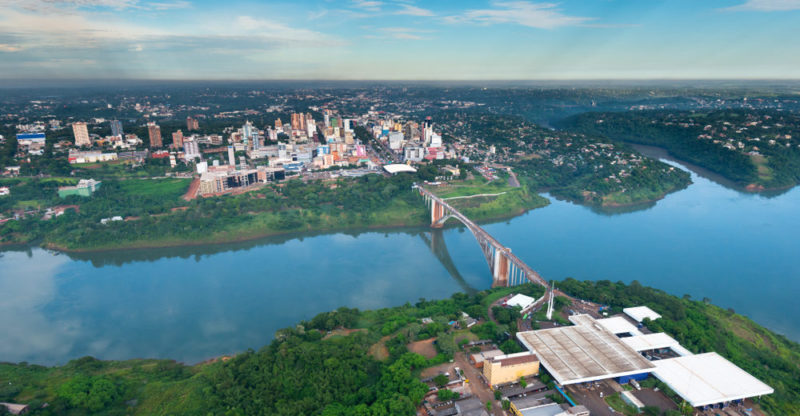 We explain everything about Paraguay and what the population and culture of this country are like. Also, what are its features, economy, and more?

Paraguay is a South American nation whose official name is the Republic of Paraguay and which is located in the central area of the subcontinent, bordering Argentina to the south, Bolivia to the north, and Brazil to the east. It is the fifth smallest country and the fourth-least populated in South America.

Paraguay is a democratic, sovereign, and multicultural state. It is a former colony of the Spanish Empire, like almost the rest of the continent, and was among the first Latin American countries to achieve independence in the 19th century.

Currently, the nation is governed by a republican presidential system and is a founding member of Mercosur, along with Argentina, Brazil, and Uruguay, as well as a member of Unasur.

No consensus has been reached regarding the etymological origin of the name of Paraguay, although it is known that it comes from the Guaraní language: Paraguái , a place name that is often translated as “river that originates a sea”, “ water from the Paraguayan people”, “Coronado river” and even the name of a supposed cacique of the region: Paraguayan.

The capital of Paraguay is the city of Asunción, located in the central west of the eastern region of the country, in an autonomous municipality called the Capital District.

Its metropolitan area encompasses a group of small cities in a total urban area of 1,029 km 2 (117 km 2 of the capital proper) and is home to a population of approximately 2,128,258 inhabitants. 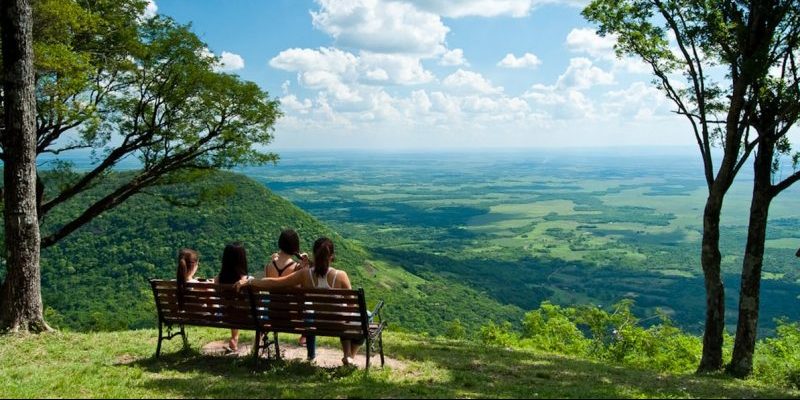 Paraguay has less than 5% of the population in almost 61% of the national territory.

Paraguay is a relatively unpopulated country, with barely 7,052,983 inhabitants in total, with an average density of 17.3 inhabitants/km 2, lower than in most Latin American countries.

The Paraguayan population is very irregularly distributed throughout its territory, concentrated almost entirely in the eastern region, in cities such as Asunción or Ciudad del Este.

The western region, on the other hand, has less than 5% of the population in almost 61% of the national territory. 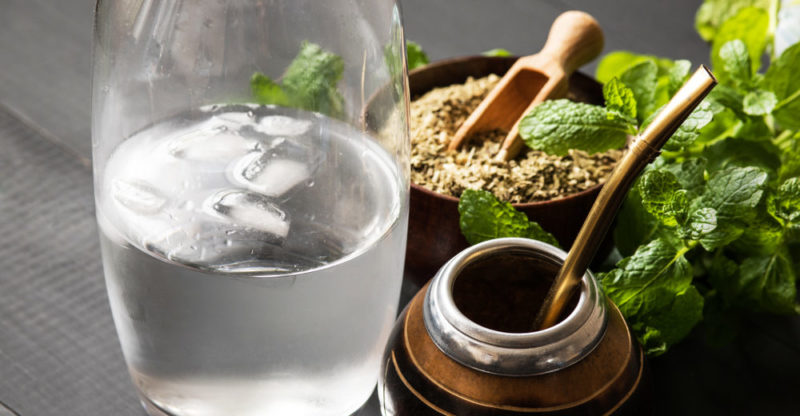 Tereré or cold mate is the Paraguayan national drink.

The culture Paraguay is mestizo and relatively homogeneous, although there are no references in the nation to the concepts of mestizaje or hybridization, of vital importance in other Latin American countries.

There are reminiscences of the European culture brought by the Jesuits, such as the Catholic religion (followed by 90% of the population) and Christian (6.2%) or evangelical (1.1%), which coexist with indigenous religions.

In Paraguayan music the guitar, the harp predominate, especially in folklore, whose two main aspects are the Paraguayan song (polka) and the guarania.

The gastronomy also presents an abundance of autochthonous elements, such as the only solid soup (Paraguayan soup), the tereré or cold mate as a national drink, the chipá (made of starch) and other dishes in which cooked cassava (yucca) abounds. The meat, the stew, the milanesa, are also common.

The arts in Paraguay flourished during the 20th century, especially the cinema, thanks to numerous co-productions with Argentina and Brazil, until they gained a certain prominence at the beginning of the 21st century, with a wave of new and young directors such as Gustavo Delgado, Juan Carlos Meneglia and Tana Schémbori.

In literary matters, the main references in Paraguay are in Spanish: Augusto Roa Bastos, Josefina Pla , Rubén Bareiro Saguier and Raúl Amaral, among others.

Paraguay is a multicultural and bilingual nation, it has two official languages: Spanish, imposed by the Spanish colony for centuries and spoken in common with the rest of the subcontinent (except Brazil); and Guaraní, an aboriginal language spoken and written by 87% of the inhabitants of Paraguay, which even has an Academy of the Guaraní Language.

Guaraní is a language of the Tupí-Guaraní family, currently spoken by 12 million people in the southern region of South America. This includes Paraguay, Bolivia, and also the northeastern Argentine provinces, such as Corrientes, Formosa, Misiones, the Chaco and Entre Ríos regions. 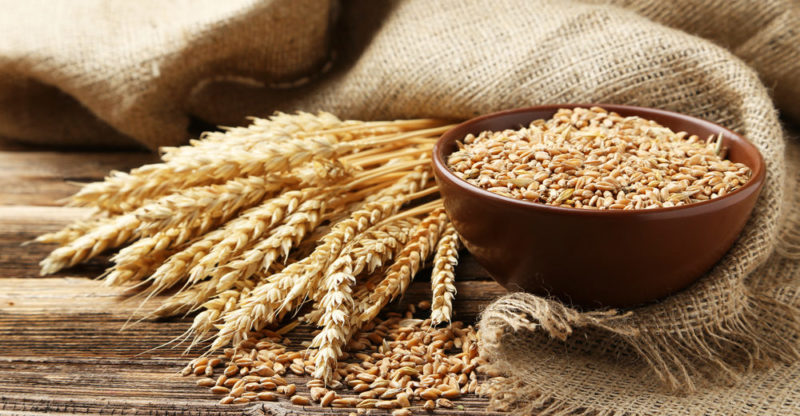 Paraguay is an important producer of wheat and corn.

Medium diversified, the Paraguayan economy has been one of the great continental promises of the last decades, especially in 2010 when it showed a surprising growth of 14.5% of the GDP.

This has not solved the severe social problems of the nation, afflicted by 35.1% of poverty and possessing the smallest GDP in the region.

It is also a major producer of corn, wheat, sesame, sunflower oil, sugar, and stevia. Livestock in El Chaco is important.

The rest of the wealth is generated by the financial and commercial sectors, to which the approximate 28% of economic participation is attributed. 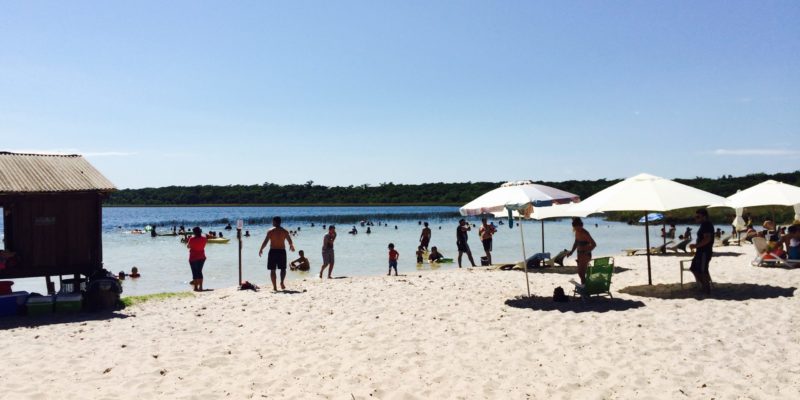 Laguna Blanca is one of the tourist attractions of Paraguay.

Paraguay is the least visited country in South America, below even Guyana and Suriname, with just 610,000 international tourists in 2013-2014.

This is not because it lacks tourist attractions: only the cruise on the Paraguay River, the visit to the Chaco reservoirs, or shopping in Ciudad del Este, constitute a small focus of growth.

Likewise, the carnival incarnation, the largest festival held in the city of Encarnación and the most important carnival in the country, annually attracts approximately 50,000 tourists.

In the same city, the coasts of the Paraná offer a tourist attraction that is beginning to be used with piers and similar constructions. 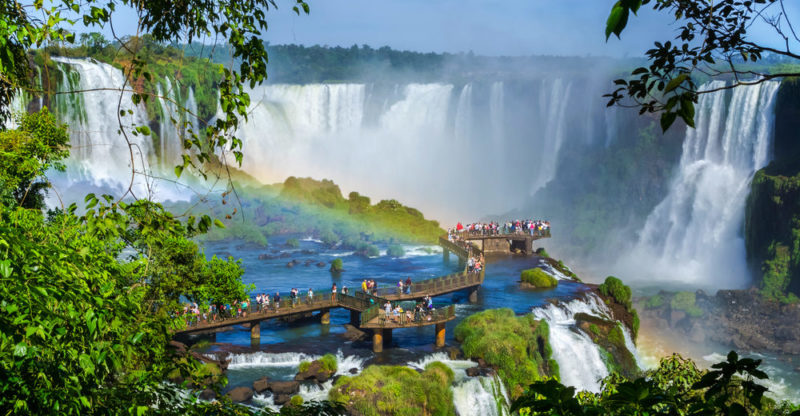 Paraguay is divided into two large geographic and topographic regions, starting from the river that runs through it, Paraguay: the eastern or Parana region (39% of the national territory) presents an undulating landscape of hills, with abundant rainfall (up to 1700 mm/year) and the western region of Chaco (61% of the national territory), on the other hand, is an alluvial plain with neutral soils, semi-arid to sub-humid, with sediments from the Andes.

This last region is formed by the seabed geologically raised during the Quaternary era and is divided into the humid Chaco or lower Chaco, a floodplain irrigated by the Paraguay and Pilcomayo rivers, and the dry Chaco or boreal Chaco, with lower rainfall records and greater aridity. 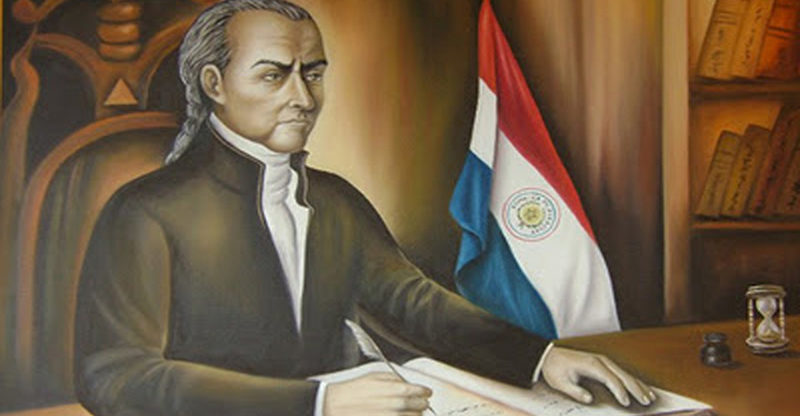 José Gaspar Rodríguez was the first president of Paraguay.

It is known of human settlements in Paraguay since the Neolithic. However, at the time of the arrival of the European conquerors in the 15th century, the predominant tribe in the region was the Avá (Guaraníes), whose first encounter with the invaders was with the Portuguese expeditionary Alejo García, who collaborated with the Spanish, in 1524.

The Spanish colony in Paraguay began in 1537, when survivors of the first failed foundation of Buenos Aires sought refuge in the region, founding what would later become Asunción del Paraguay.

Its exit to the sea through the homonymous river was very valuable in the exodus of resources from the Viceroyalty of Peru, but it was later lost when the province was divided into two governorates, leaving Buenos Aires control of the Río de la Plata.

Later, Paraguay was part of the Viceroyalty of the Río de la Plata, the youngest and most ephemeral of all.

The Paraguayan colonial period lasted from then until 1811, when independence was proclaimed, as part of the South American insurgent movement of the time.

The Paraguayan insurrection was peaceful, through the convocation of a Congress. Initially, an attempt was made to add Paraguay to the United Provinces of the Río de la Plata, but the rivalry of the Buenos Aires and Asuncenas elites did not allow it.

Paraguay began its independent government in 1814 under the command of José Gaspar Rodríguez de Francia . 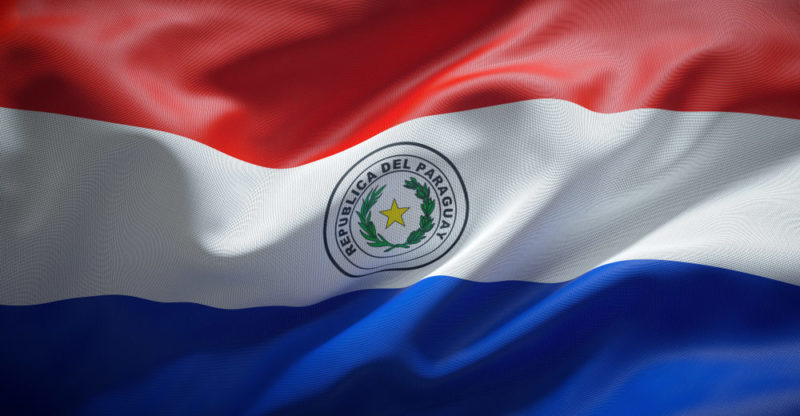 The Paraguayan flag features two palm and olive branches in the middle strip.