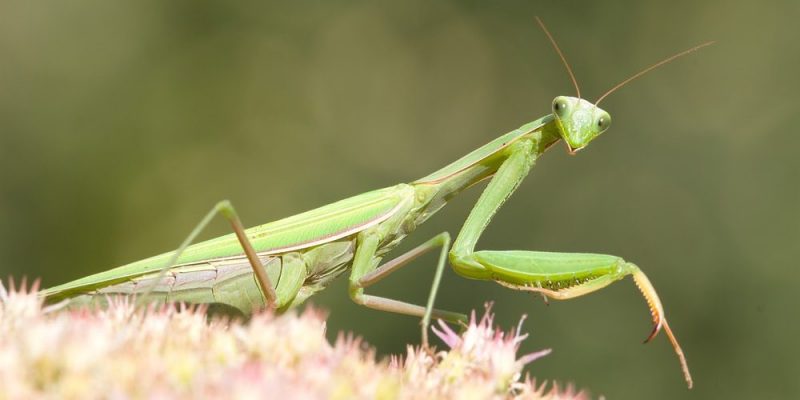 What is a Praying Mantis?

Habitat of the praying mantis

Praying mantis in the popular imagination

We explain what the praying mantis is, what it feeds on, and how it reproduces. Also, what are its characteristics and the fame it has?

What is a Praying Mantis?

A species of insect from the Mantidae family (the mantises) is known as a praying mantis, extremely popular for its front legs, which it keeps collected in front of its head as if it were praying and which have spines, useful for capturing their prey. It is a major predator of the insect world .

It is an insect with ferocious habits , whose front legs can move so fast that they can catch flies in mid-flight. They live for about a year, during which they shed their skin about six times (incomplete metamorphosis) until they reach adulthood .

One of the best known characteristics of the praying mantis is its ability to cannibalism , which is also carried out in the mating process. Perhaps for this reason it is an insect that arouses much fascination and distrust in human beings .

It is known as a mantis because it belongs to the mantodeus family , relatives of termites and cockroaches, in which there are around 2,450 different species spread throughout the world.

Its name “religious” comes from the shape of its hind legs , modified to serve as hunting instruments, but which at first glance seem to be gathered in the pose of a prayer. 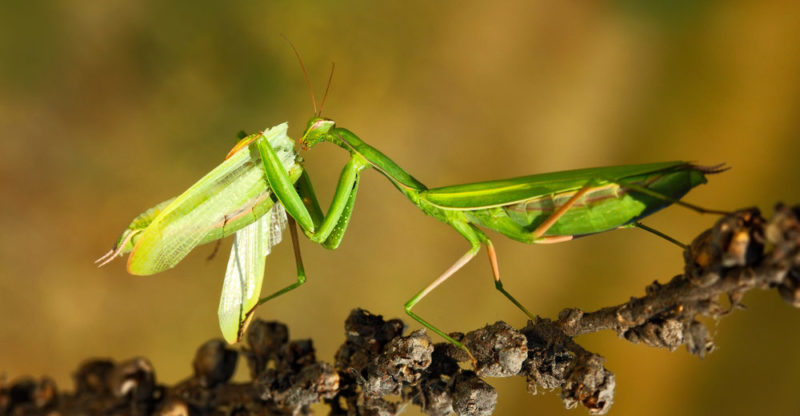 In addition to insects, the praying mantis can eat baby lizards and frogs.

The praying mantis is a powerful predator whose diet is completely carnivorous and does not discriminate against other members of its own species. Any type of insect or small arthropod such as spiders, moths, crickets, grasshoppers and beetles arouse the interest of the mantis and, once gripped, they are meticulously eaten alive, in their entirety except for the legs, wings or extremities.

Depending on their size, praying mantises may also eat small frogs , baby lizards, small fish , small snakes , and even hummingbirds. It is a formidable predator.

The average size of the praying mantis is between 4 and 5 centimeters long , with a long thorax and two long, thin antennae. Its head is conspicuous and triangular, with two large compound eyes on the sides and three small single eyes in the middle.

However, there are some species of mantids such as Sphodromantis viridis whose size can almost double or triple. 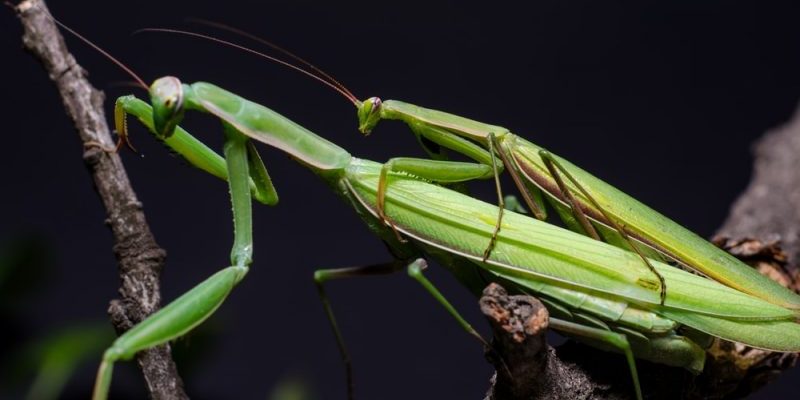 After mating, the female praying mantis can devour the male alive from the head.

The mantis is a solitary insect, which only approaches others during the mating season . At that time, the female secretes pheromones to attract the male and copulation lasts a couple of hours, during which the male must jump on the back of the larger female and insert the spermatophore to fertilize her.

The mating of the praying mantis has been highly mythologized, since the female during this period becomes extremely aggressive and is capable of attacking the male during or after mating, devouring him alive from the head, but without damaging the structures of the nervous system in charge of mating. reproduction . However, this behavior, which can sometimes occur in captivity, is extremely rare in the wild.

The praying mantis lays its eggs in the fall and they hatch in the spring . They are tied to the branches in foamy mounds from which between 200 and 300 pups can emerge, but only a few survive and escape, since cannibalism is a common practice among littermates.

The mantis does not have a “sting”, since it catches its young with its front pincers , from which they cannot release and allows it to slowly devour them alive. It is, therefore, incapable of a “bite” and does not usually attack animals that exceed it in size.

That is why it does not represent any danger to the human being , despite what popular belief suggests. In fact, it is beneficial for people , since it is a natural predator of other pernicious insects and arachnids.

Habitat of the praying mantis 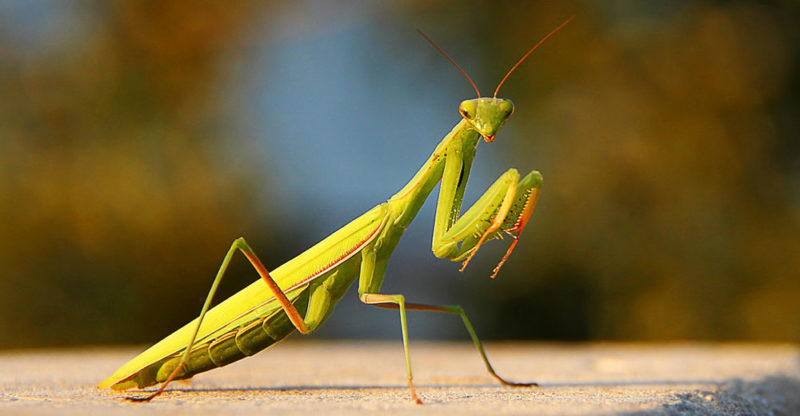 The mantis was introduced to America in 1899.

This insect is native to Europe and Asia , but today has a wide distribution throughout the world. In the American continent it was introduced by man in 1899, so it is extremely recent. It is a field insect, present in grasslands and in environments where it can hunt insects and small animals.

The elongated body of the praying mantis is usually green , ideal for disguising itself among the leaves of the foliage.

It is usual to see it camouflage itself with the environment, pretending to be one more branch until it is too late for its prey. There are also species with coloration and pigmentation adapted to their natural habitats.

The praying mantis does not have any type of poison.

Praying mantis in the popular imagination

The praying mantis has a reputation for being cruel, mysterious, and lonely.

The praying mantis arouses curiosity and distrust in human populations alike . His ferocity and her behavior during mating give her a reputation for being cruel, malicious or unforgiving, as well as representing a symbol of aggressive, violent femininity.

However, his mysterious and solitary aura is also a source of fascination . So much so that, despite having been artificially introduced to America, it is the official symbol of Connecticut in the United States.