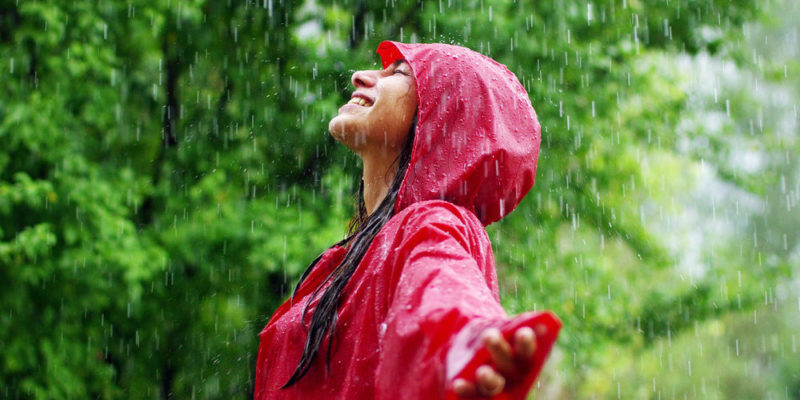 Origin of the rain

How is rain formed?

How is rain measured?

What does rainwater contain?

What are the consequences of the rain?

Why is rain important?

Other forms of precipitation

We explain what rain is, its origin and how this phenomenon can be measured. Also, what are its characteristics, risks and benefits.

Rain is a very common atmospheric and hydro meteorological phenomenon on our planet , which consists of the fall of liquid water particles in the form of scattered drops, the product of the condensation and cooling of water vapor high in the atmosphere .

It is sometimes referred to as precipitation , but this is really a broader category. Rain occurs daily in different regions of the planet , in some more frequently than in others, both on the sea and on the land.

What we call rain is nothing more than an instant in the hydrological cycle or water cycle . In it, the water deposits in oceans , lakes , rivers and on the earth’s surface evaporate by the action of the Sun , they go to the atmosphere where they cool and condense into a cloud.

As soon as this condensed water gives way to the weight of matter and the liquid is released from above, rain is produced, which then repeats the circuit.

Origin of the rain 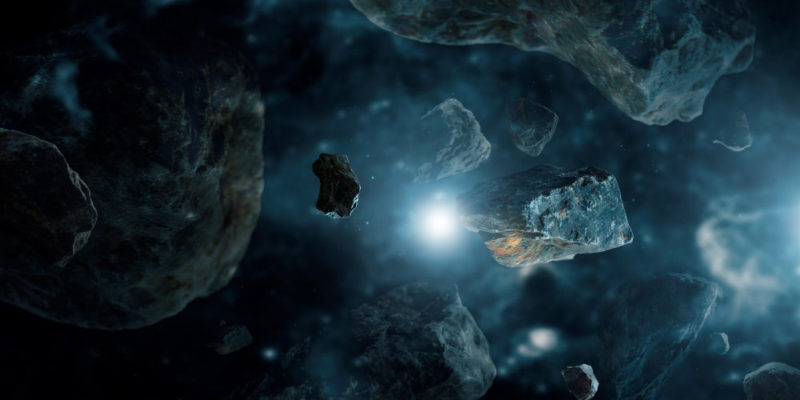 One theory claims that water reached Earth via meteorites.

Rain is as old as the massive presence of water on the planet.

In other words, it is estimated that it originated with our planet , 3.8 billion years ago.

There are two theories about it:

How is rain formed?

Rain forms in different types of clouds , such as cumulonimbus and nimbostratus, which receive all the moisture from the atmosphere.

When they rise to colder regions, their vapor condenses and therefore falls , due to the increase in weight.

This training can take place in three ways:

How is rain measured? 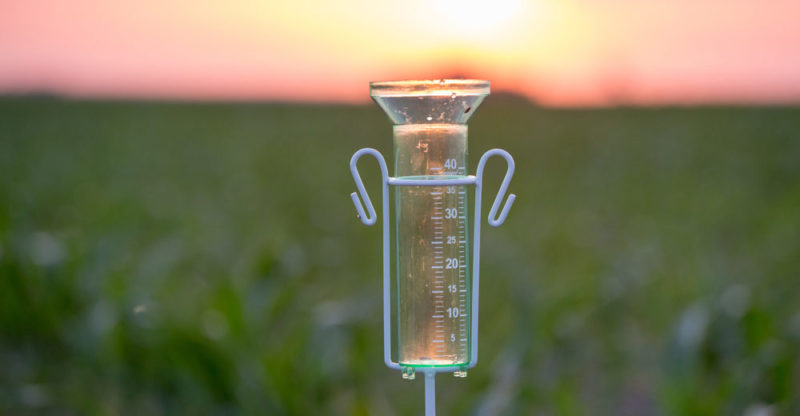 The device used to measure rain is the rain gauge.

Rain is measured in millimeters of fallen water , or also in liters fallen per unit area (m 2 ).

The device used to measure rain is the rain gauge , which calculates the amount of water that the rain would accumulate on a flat, horizontal, impermeable surface during the duration of the precipitation.

There are various types of rain gauge, widely used by climatologists or geographers in their analysis of the various regions of the planet, or in the study of climatic phenomena.

What does rainwater contain?

The raindrops have a diameter of approximately 0.5 mm .

They are spherical (no, they do not have the classic “teardrop” shape) or hemispherical particles of water, in which, ideally, there is no significant presence of other chemical elements that could be in the atmosphere.

If the opposite occurs, we can be in the presence of dirty rains (that drag ash or dust) , acidic (that contain molecules of some oxide reacting with the water to make its pH more acidic) or even radioactive (if there are unstable chemical elements in it. ). 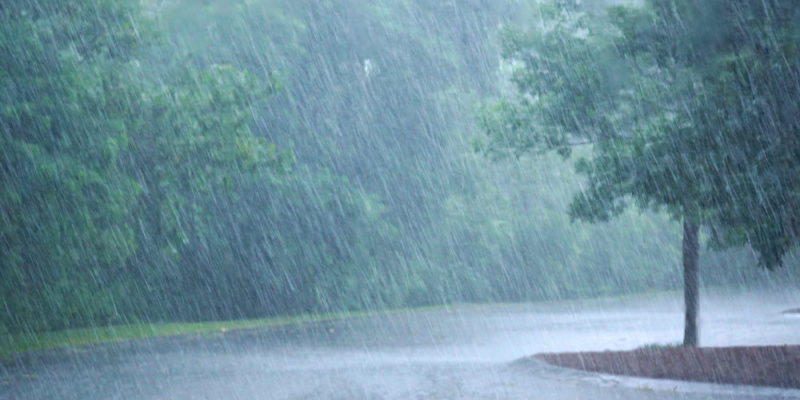 The regions closest to Ecuador have higher rainfall.

On a planetary level, the region with the highest annual rainfall is the Intertropical Convergence Zone , close to the Equator , where the most intense rains would take place.

As you move over the temperate zones , the rainfall reaches more stable averages , depending on the seasons or taking into account specific weather conditions.

In the polar or semi- polar region , rains are practically non-existent, given the low temperatures of the dry air at the pole . 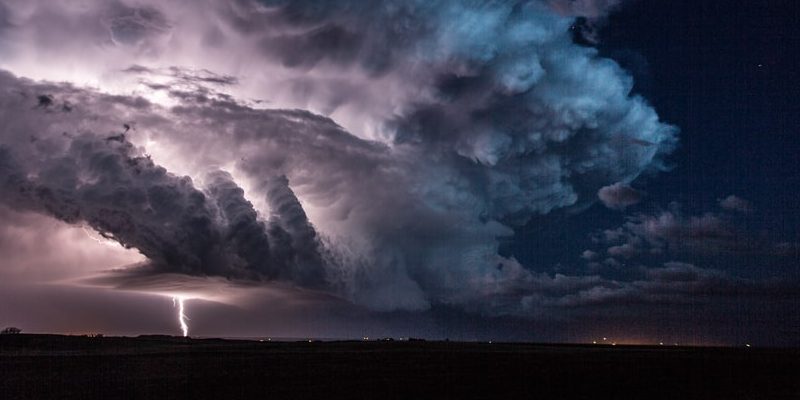 According to its intensity, the rain can be classified as follows:

What are the consequences of the rain?

Rain has important and far-reaching consequences on the planet, among which are:

Why is rain important? 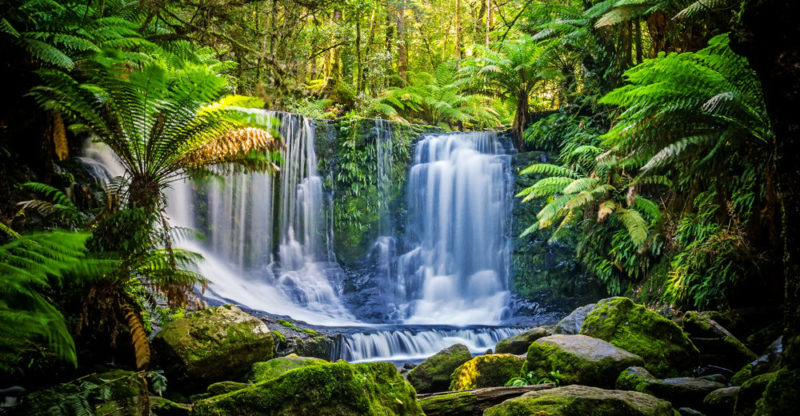 The rains produce the moisture necessary for plant life.

Rain can be a beneficial as well as a destructive factor , but it is undoubtedly fundamental in preserving the planet’s climate balance.

Thanks to the rain, the water circulates through various places , keeping them humid enough to house plant life, or giving rise to accumulations that will later be rivers, lakes, etc. Without it, life would be unviable.

On the other hand, the rain allows the cooling and humidification of the air in different regions of the globe, keeping the temperature relatively stable and combating global warming .

For the human being it is a source of free, regular and relatively clean water , usable for various purposes, especially agricultural ones.

Finally, it is also a phenomenon that cleans the air , bringing freshness and clarity to the atmosphere, and that maintains the level of salinity of the oceans stable.

The rainy season, rainy season or monsoon season is the time of year when the heaviest rainfall in a region usually occurs .

They generally last one or several months , and are distributed throughout the tropics and subtropics, where they produce recurrent rain belts.

Other forms of precipitation 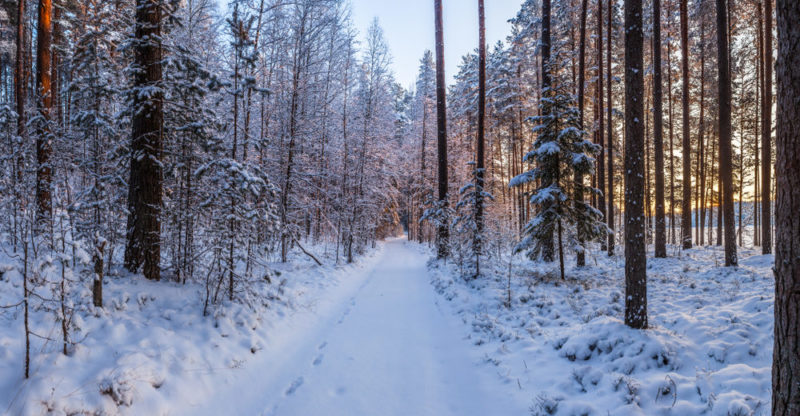 Snow is water in a semi-solid state.

There are other forms of precipitation that do not involve the fall of liquid water, such as: