What Is Representative Democracy? Know About Its Origin, Objectives, Traits, and Function 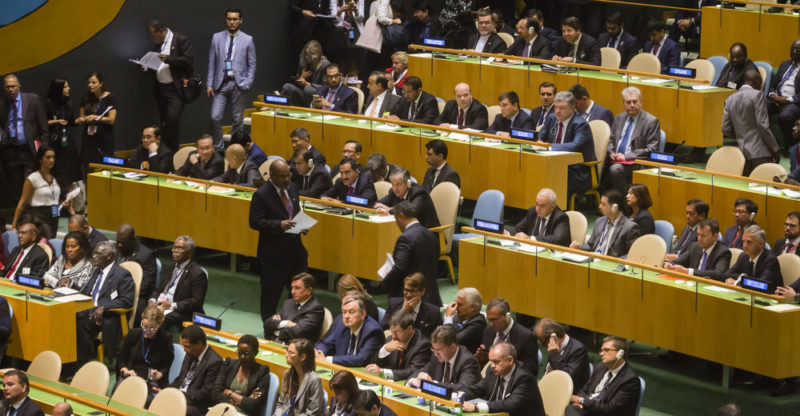 The crisis of representativeness

We explain what representative democracy is, how it originated and the objectives it pursues. In addition, its characteristics and examples.

Representative democracy or indirect democracy is understood as a type of democratic system that operates on the basis of political representation . This means that citizens delegate their sovereign power of political decision to a set of officials whom they elect through voting.

These types of systems operate in the vast majority of modern democracies , through various representation systems to exercise the executive power and the legislative power of a nation. Those who hold public office are called representatives because they enjoy political power under the assumption that they will follow the will of the people.

Representative democracy in contemporary times faces difficulties and limitations typical of its model. Thus the idea resurfaced in certain quarters that a direct democracy , such as Athenian democracy, would be preferable . However, the vast majority of the world’s democratic nations are representative. 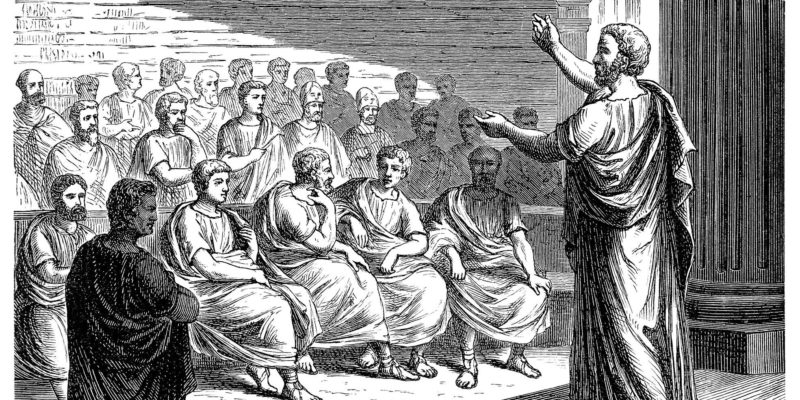 Representative democracy follows the model of the Roman assemblies.

Representative democracies have a clear antecedent to the Roman Republic .

Roman assemblies were founded there as a form of government .

In this sense, today’s representative democracies follow the Roman model more than the Greek (direct democracy).

However, the modern pioneers in this matter were the Anglo-Saxons: in the 13th century Great Britain stripped its king of unlimited powers and institutionalized a system that allowed ordinary citizens to be represented by spokesmen.

In the 17th century, this system led to the institutionalization of liberal democracy , through the British Parliament. This allowed for the Glorious Revolution and the Bill of Rights of 1689.

In the eighteenth century France and the United States did the same with their new democratic political systems, the result of the Revolution of the Thirteen American Colonies (1763-1776) and the French Revolution (1789) respectively. This method of government was replicated by the participating nations of the Industrial Revolution .

The idea of the representation or delegation of the sovereign power of the people in their elected public officials is the key to the system. In other words, citizens are called in public and free elections to elect the group of people who will exercise power on their behalf.

These officials are invested by a position with explicit powers and responsibilities . They are in charge of making the political and legislative decisions that will govern the lives of their voters. That is why it is called “indirect democracy”: because there is a mediator between the decision makers and the people. 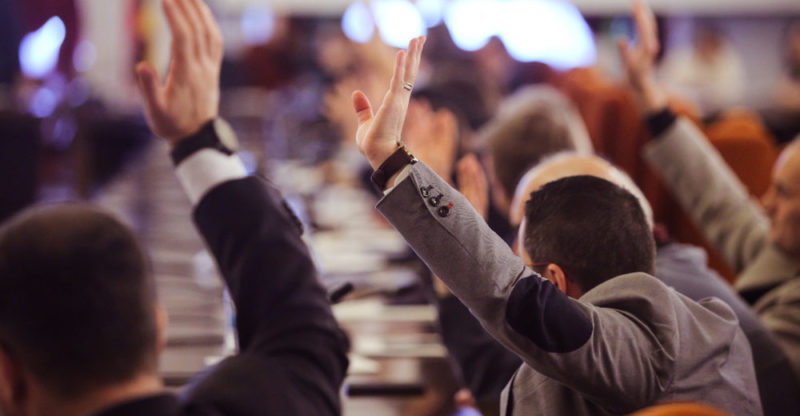 The objectives of representative democracy are the same as those of direct democracy : to provide citizens with a model of political management that allows for efficient and plural decision-making.

It aims to take into account different voices and tendencies . This is how you can reach a consensus that is peaceful, institutional, according to rules accepted jointly.

Direct or participatory democracy supposes a greater degree of citizen involvement with respect to the decisions made by the authorities. It is a way of doing politics that supposes less distance between the people and the making of the transcendental decisions in their lives.

This means fewer intermediaries between one thing and the other , which is why it is called “direct”: citizens are supposed to participate in the management of the State , and not simply choose those who do so and step aside from the rest. or stay waiting. 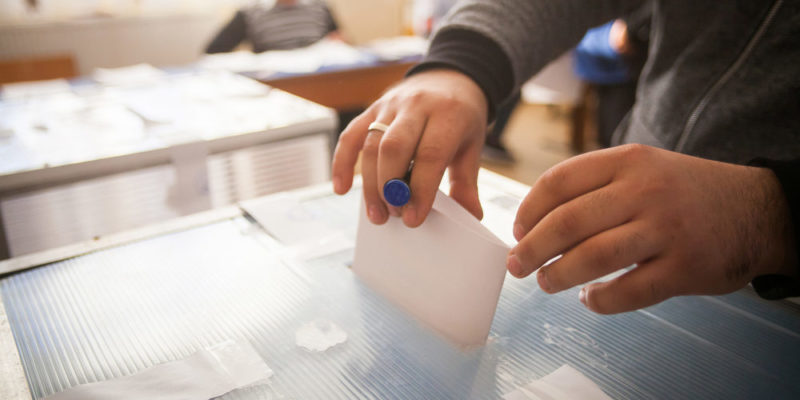 All citizens have the opportunity to vote and express themselves politically.

Among the fundamental characteristics of a representative democracy are:

Publicly elected representatives are committed to safeguarding public interests in the instances in which they work. In exchange, the state pays them a salary and the electorate places their trust in them.

Depending on the position they hold, they may have some of the following functions:

The crisis of representativeness 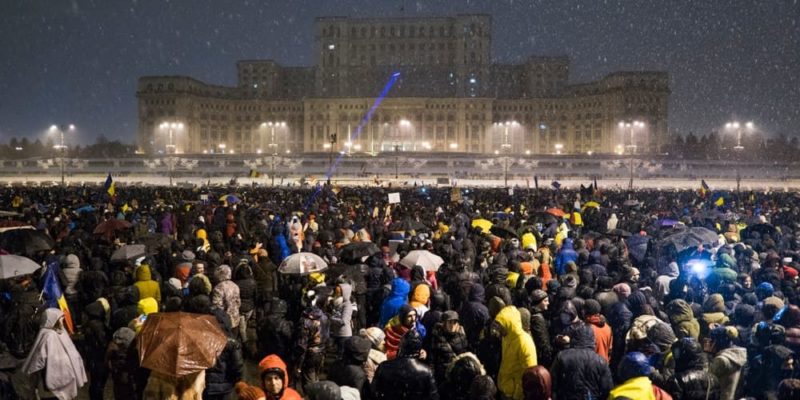 The population can express their interests through demonstrations.

On many occasions there is talk of the crisis of representativeness in the West . It means that in many countries  the validity of democratic political representation has diminished . In other words, the confidence of officials to act without taking advantage of their place of power has been lost.

In representative democracies, when people feel dissatisfied and mistrust their representatives, they usually tend to participate less. In other cases, they choose increasingly radical options, even those that openly attack democracy.

An intermediate response is the organized and peaceful expression of dissent . Through massive demonstrations, the population can express their interests, and in some cases the political parties echo them.

The great virtue of representative democracy with respect to participatory democracy has to do with the use of bureaucracy . In order to involve millions of people in every major political decision, a gigantic consultative apparatus would be needed, at a high economic cost.

As an alternative, representative democracy proposes that the decision of the population is only to whom it entrusts the following political decisions, for the duration of each position. The only popular query exception is in extremely important cases. 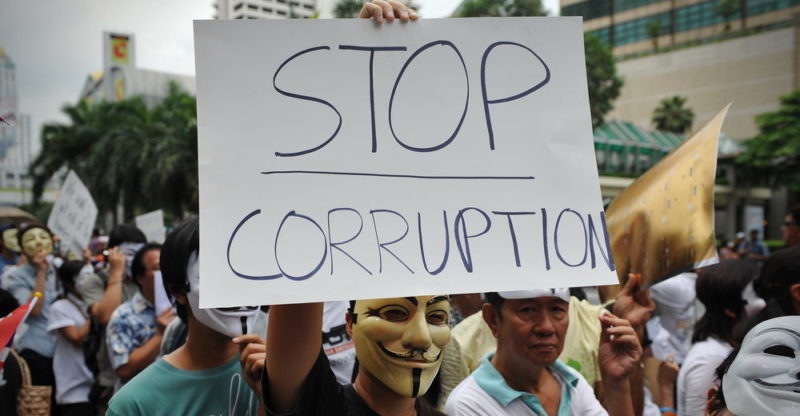 Today, trust in political representation is in crisis.

The great problems of representative democracy have to do with corruption . Political officials are supervised by themselves or by other colleagues, which makes the task of oversight difficult.

In addition, it tends to produce political classes or estates . This means that there is a sector of society that is dedicated to politics and that in return gets rich and rises socially, taking part in other economic areas of civil life.

Likewise, the crisis of representativeness is a great criticism of the system , associated with corruption. The necessary margins of trust in political representation seem to be, today, in crisis and clearly deteriorating.

Current cases of direct democracy are rare. It is only practiced in two Swiss cantons, where all the inhabitants define local laws, as well as budgets and reforms.