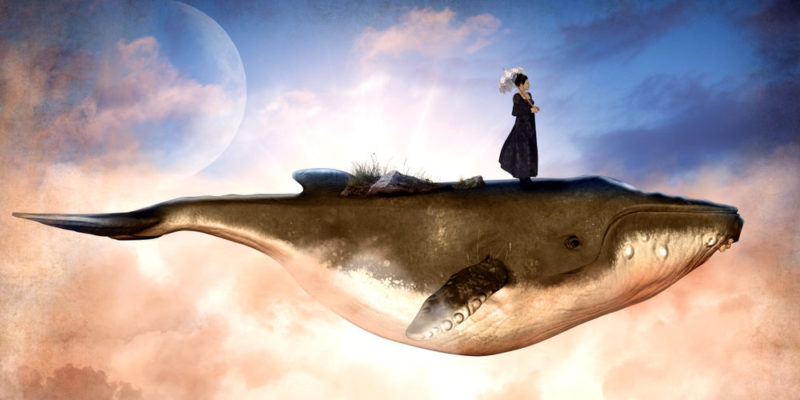 What does Surrealism mean?

Surrealism in the cinema

Why is surrealism important?

We explain what surrealism is, how it originated and its impact on the different arts. Also, what are its characteristics and authors.

Surrealism was an important artistic and aesthetic movement that emerged in France during the first and second decades of the 20th century , as a consequence of the Dada movement and the enormous influence of the writer André Bretón, considered its founder and greatest exponent.

Surrealism enjoyed wide popularity during subsequent decades, both in Europe and America , and manifested itself in literary , plastic and cinematographic aspects .

Far from being stable and uniform, the Surrealist movement dedicated itself to the search for new artistic forms and the innovation of their languages , objects and perspectives.

This was an enormous linguistic, pictorial and narrative revolution, breaking with the rules of the understandable and the predictable.

The artistic use of random, automatic methods (free of conscious planning) and the annotation of the dream for its later use as artistic inspiration was common. 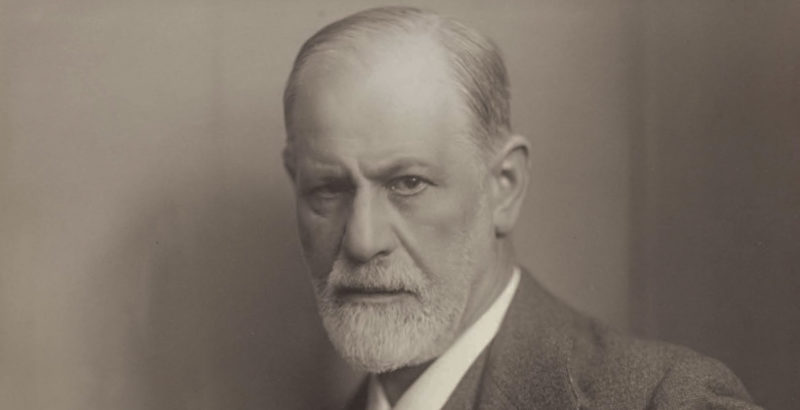 Surrealism sought to approximate what Freud called the “unconscious.”

Surrealism was above all an aesthetic and philosophical movement , which aspired to break down the barriers of the conscious mind.

The objective was to approximate what Sigmund Freud called the unconscious  and considered the source of dreams.

Therefore it could also be the source of all the arts .

The surrealists wanted to interrupt the artist’s control over the creation of the work , applying automatic painting and writing techniques , reproducing the environment of dreams, or promoting certain states of trance.

In the Surrealist Manifesto of 1924 , written by André Bretón, it is defined as:

“Pure psychic automatism, by means of which an attempt is made to express, verbally, in writing or in any other way, the real functioning of thought . It is a dictation of thought, without the regulatory intervention of reason, oblivious to any aesthetic or moral concern ”.

What does Surrealism mean?

The term “surrealist” is originally from French . It is credited to the avant-garde Gallic writer Guillaume Apollinaire, in his 1917 dramatic work The Tires of Tiresias .

This word literally means “above” ( south -) to realism ( réalisme ) , since the surrealists aspired to create an art that would overcome or escape the limiting perspectives of human consciousness and its artistic expression: the realism . 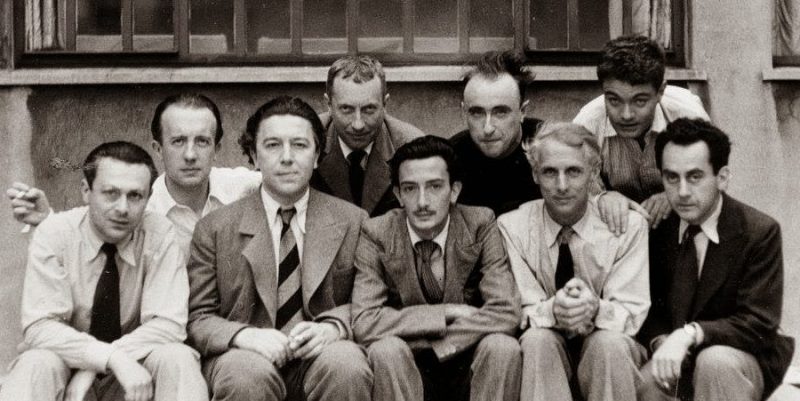 This movement arose from very diverse aesthetic and philosophical sources , ranging from the poetry of Rimbaud, Lautréamont and Alfred Jarry, the painting of Bosco and the Dadaist experiments.

In particular, it grew out of the powerful influence that Sigmund Freud’s psychoanalytic theories had on society .

The perspective of the human mind as a place with hidden corners and the possibility of a dream language served as the basis for the Surrealists.

The first Surrealist exhibition took place in Paris in 1938 , and the movement had a rapid heyday prior to World War II .

At that time most of its representatives in Europe moved to the United States and different countries in Latin America .

Thus the European movement ended, but sowing a seed that would sprout just a decade later , with a new wave of surrealist authors from the American continent .

Surrealism was born as a literary trend , which rescued the experiences with the meaninglessness of Dada poetry, whose maxim seemed to be the destruction of ordered language and the linguistic expression of emptiness.

It could be said that Dadaism is a nihilistic brother of Surrealism , while the latter opted for a rather romantic variant: considering the secret interiority of the poet as the literary work itself.

Among the literary techniques used by the surrealists was the exquisite corpse, where a poem was composed in pieces written by various authors .

Another important technique was automatic writing, in which the poet simply emptied the secret words from his head without much thought.

In addition, the theater of the absurd reproduced dreamlike, ridiculous, incomprehensible situations. 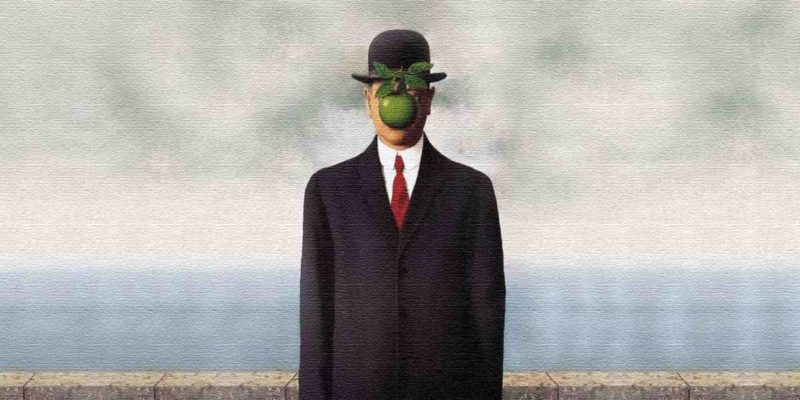 Some surrealist methods involved chance, improvisation, and the unexpected.

Surrealist painting was nourished by the automatism that surrealist literature put into practice, especially between 1923 and 1924, during Breton’s heyday.

Subsequently , a cubist variant emerged , promoted by Pablo Picasso in 1929 , which many opposed, considering that it reduced the credibility of surrealism.

Painters like Salvador Dalí, on the other hand, undertook a so-called “critical-paranoid method” that consisted of observing a surface fixedly until the mind made shapes or silhouettes sprout.

Other techniques used were the frottage (rubbing a pencil on a sheet placed on an object) , decalcomania (two sheets apply paint, glue them and pull them before they dry, for odd shapes).

Other methods involved chance, improvisation, and the unexpected .

Surrealism in the cinema

The film surrealistic put service reproduction of dreams the various advantages of the audiovisual medium.

His aesthetics ranged from dream stories such as Buñuel’s , loaded with symbols , absurdity and repetitions, often in collaboration with Dalí, and other types of audiovisual approaches with less narrative content, such as Duchamp’s geometric experiments.

The influence of surrealist cinema can be traced to numerous later creators such as David Lynch, Alejandro Jodorowsky or Jan Svankmajer . 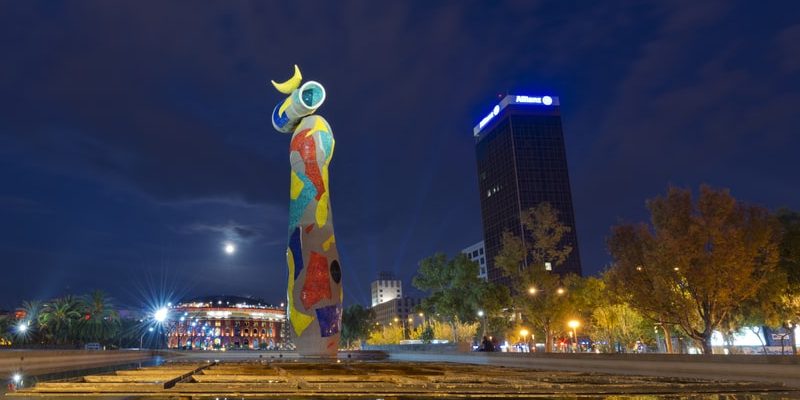 The sculpture surreal decided ambiguous forms , not all of the abstract, but they tended to simple, if not childish.

This is the case of Miró‘s bird-women, or Jean Arp’s polymorphic sculptures , using metallic and ceramic materials , above all. 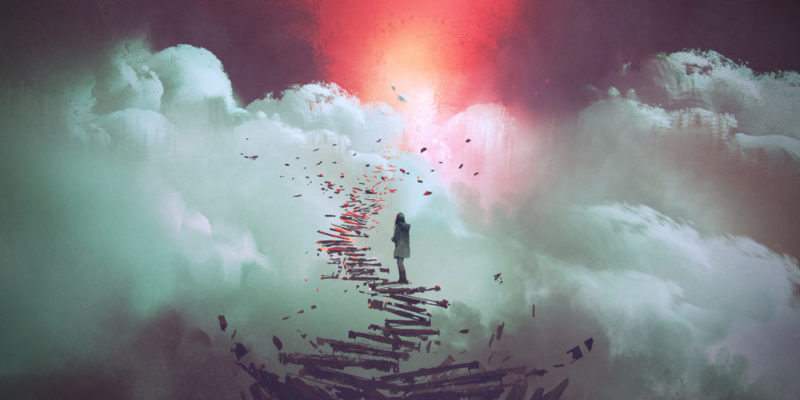 Surrealism did not stick to a specific set of themes , as its exploration aimed to achieve a liberation of the human mind similar to that experienced during sleep or trance.

That is why his works tended to the absurd , the incomprehensible, the mysterious, that is, the dreamlike.

This means that his works include incomprehensible landscapes , contradictory figures, sinister (nightmarish) or fantastic representations.

His favorite themes were taken from the traditional imagination , from religious or mystical stories, if not from everyday life. His main source of inspiration, however, was often the artist’s own dreams or hallucinations.

Why is surrealism important?

Surrealism was an artistic and aesthetic school of great importance in Europe and the Americas.

Until now, the  West  had pursued the rationalist and Cartesian dream of positivism: the valuation of human reason as the ultimate instrument of civilization.

The twentieth century was responsible for breaking with that idea , and surrealism contributed to that break from art.

Its aesthetic was adopted by various political and social tendencies , who interpreted it as an artistic gesture of liberation, capable of giving a voice to the silenced, of saying what was normally silenced or repressed, and that could only appear in dreams. 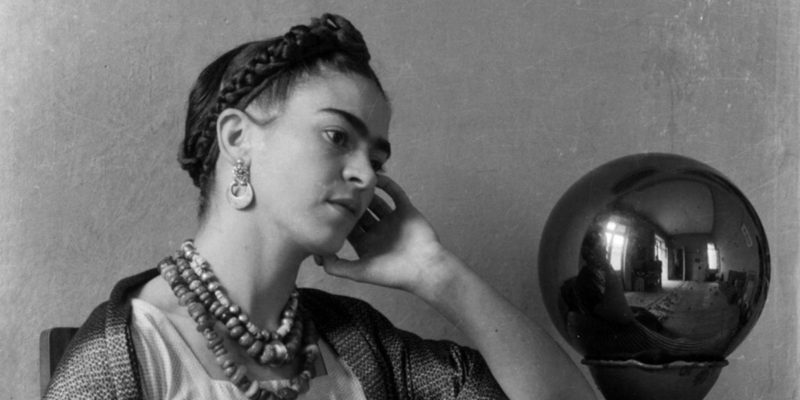 Frida Kahlo is one of the surrealist artists of Latin America.

Some of the most famous European artists of the 20th century were surrealists, but there were so many and surrealism was so widespread and accepted in other latitudes that it is difficult to list all its authors and representatives.

Among the most significant are: