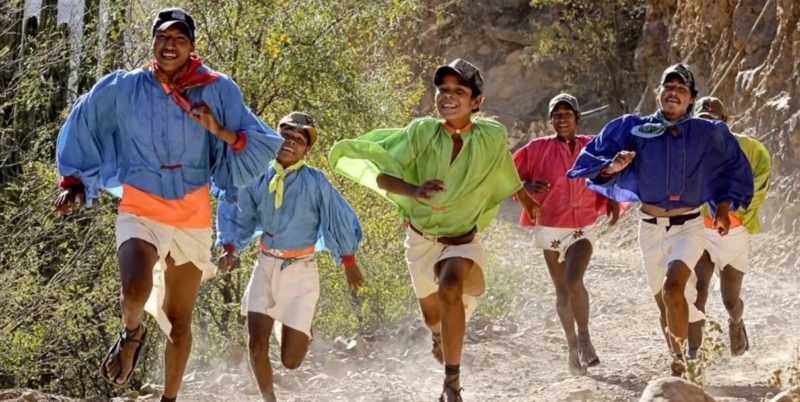 Who are the Tarahumara?

Geographical location of the Tarahumara

History of the Tarahumara

Clothing of the Tarahumara

Ritual dances of the Tarahumara

Homes of the Tarahumara

Crafts of the Tarahumara

Democratic government of the Tarahumara

We explain who the Tarahuamaras are, their clothing and the rituals they perform. Also, its features, economy and more.

Who are the Tarahumara?

The Tarahumara, originally called Rrámuris , are an indigenous people that have existed in Mexican territory for thousands of years . The name rarámuri means “of the light feet”. This name is due to the custom of running.

The first Spanish explorers were surprised by the ability of these native settlers to run great distances , exceeding two hundred kilometers. This ability earned them notoriety by participating in the 1928 Olympics , representing Mexico in the marathon.

This town is also known for its ritual of peyote, a hallucinogenic substance , and for its beliefs in various gods, mainly the sun and the moon . As in many Native American peoples, polytheistic beliefs are fused with the beliefs of Christianity .

Geographical location of the Tarahumara

The Tarahumara people currently occupy a quarter of the southwest of the state of Chihuahua , Mexico. More specifically, they are found in one of the upper areas of the Sierra Madre Occidental. Due to the occupation of this population for centuries, this mountain range is also known as Sierra Tarahumara.

History of the Tarahumara 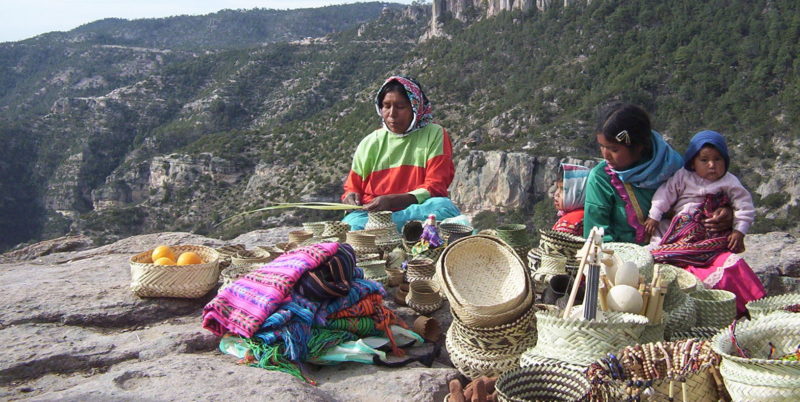 The Tarahuamaras lost their land and wealth to the Spanish.

There is archaeological evidence that the Tarahumara were the first settlers of the Sierra Madre Occidental , reaching it 15,000 years ago. Formerly this town was divided into various tribes, each with its own dialect of Tarahumara. For thousands of years they developed a polytheistic religion, but in 1606 Jesuit missionaries arrived and evangelized them.

With the arrival of the Spanish, they lost their lands and their wealth . However, in 1876, when they were completely evicted, they rebelled against the measures. Later, in 1895 and 1898, they carried out two new uprisings, demanding their lands, which they occupy today.

Clothing of the Tarahumara 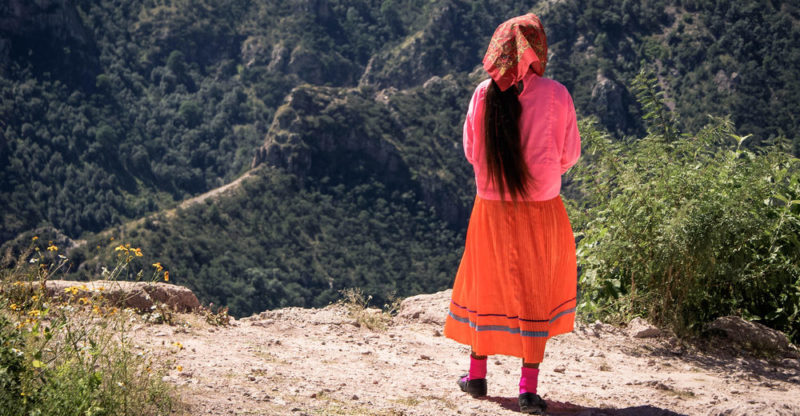 Both men and women wear headscarves.

In cold weather, the same wool blankets that are used in bed can be worn as a coat during daytime life. These blankets are finely decorated. In general the clothes are colorful and eye-catching .

Ritual dances of the Tarahumara

Despite being Christians, the Tarahumara preserve a multitude of rituals and beliefs from pre-Hispanic times . During these rituals dances are performed that have a special character that differentiates them from social dances. Ritual dances are always performed in the same way, and are transmitted from generation to generation without introducing modifications or innovations . Each dance is a way of relating to the supernatural world. 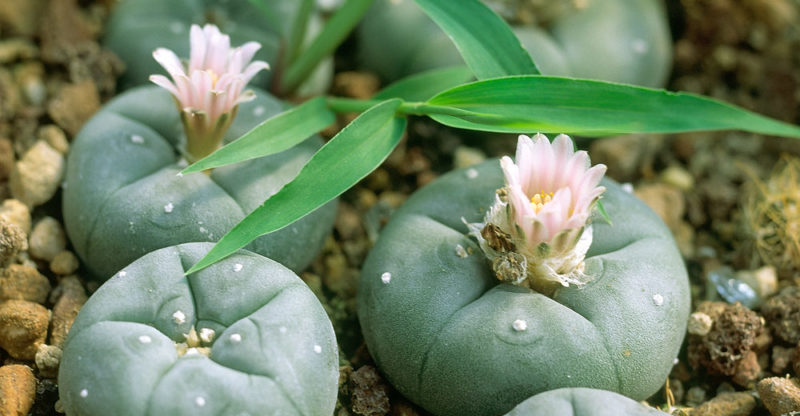 The Tarahumara call peyote hikuli, and use it for ritual purposes.

Peyote is a plant (a type of cactus) that contains a psychoactive substance , that is, it is a narcotic. The Tarahumara call peyote hikuli , and use it for ritual purposes. First of all, they collect it in the desert , let it dry, and grind it.

The resulting liquid is distributed by the shaman in a circle around a campfire. Both men and women can consume it during the ritual . During this ceremony a specific ritual dance is also performed, which continues throughout the night, while sustaining the hallucinogenic effect of hikuli.

Homes of the Tarahumara

The Tarahumara build their homes with horizontal tree trunks . They can be found both on flat terrain ( plateaus ) or with slopes, such as the slopes of the mountains . The roof of the houses has a hole, since the families make fires inside the house. In this way, the smoke from the fire comes out easily. Inside their homes, they have no furniture. 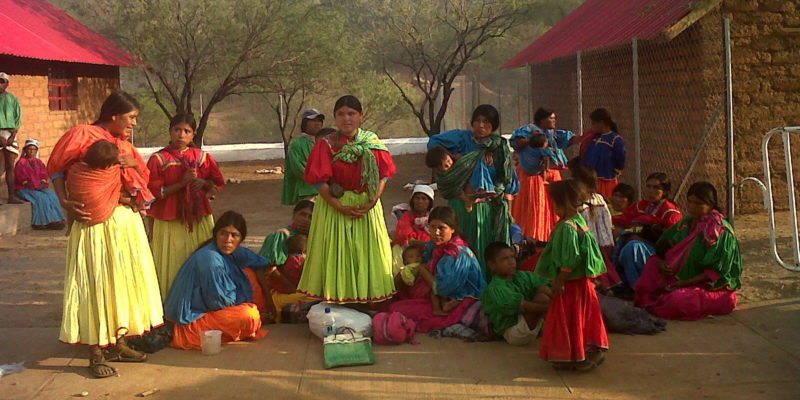 Tarahuamara women give birth alone in the mountains.

Families are usually monogamous , and marital unions between members of the same family (brothers and cousins) are usually avoided. The first year of living together is considered a trial period, a stage similar to our courtships.

Women give birth alone, in the mountains . Children grow up with their parents and begin to work from a very young age, taking care of animals or doing simple tasks according to their strength. The elderly live alone and their children visit them, bringing them gifts that facilitate their subsistence if they are not strong enough to work.

The main crop of this town is corn , which can be planted on the slopes of the mountains. In addition, they are dedicated to livestock, using all goat products, and to a lesser extent cows, horses and chickens. This is because the goat is the animal best adapted to the territory of the mountains.

Crafts of the Tarahumara 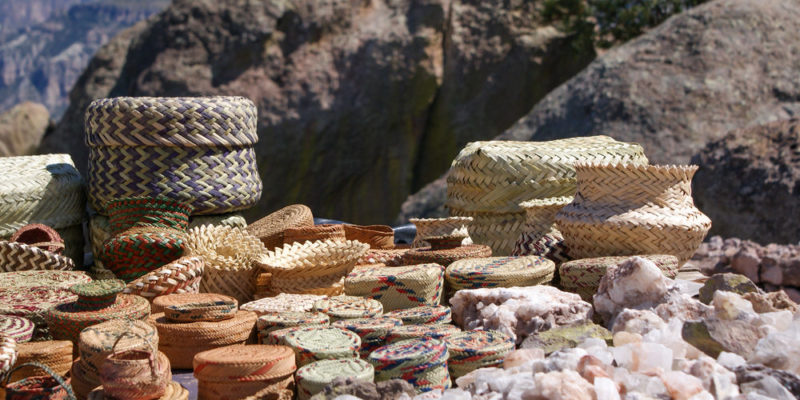 In addition to the products obtained from nature through livestock and agriculture, they use handicrafts as merchandise . Among its products are palm and palmilla baskets. Also multiple musical instruments like drums and violins, made of wood .

The most striking crafts are the vessels and pots of a particular ceramic made with the earth of the area. They are decorated with bright colors, similar to those seen in their clothing.

Democratic government of the Tarahumara

The political structure of this town is democratic . The head of the group, called a Syriac, is the most experienced man , and is elected every variable periods (between five and ten years) by the entire community. Once a week, he presents the problems and conflicts that are going through them before the community. Decisions are made by an assembly that has authority over the governor.