The Garmin Smartwatch Stand-Off: The Fenix 7 versus The Venu 2 Plus 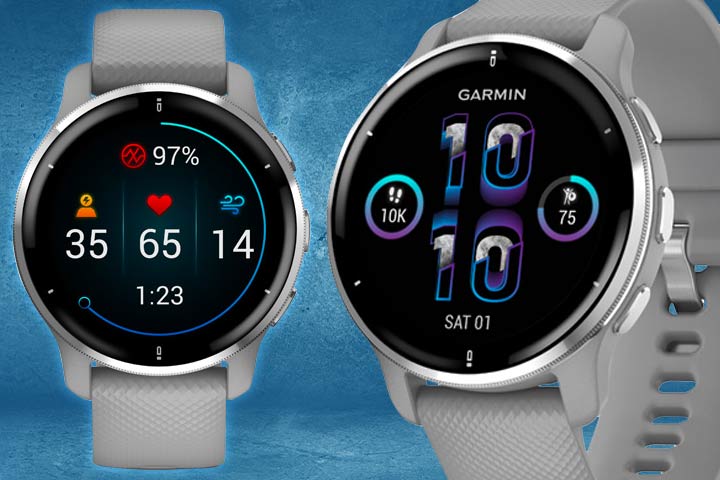 Performing Their Duties and Functions

The difference between the two smartwatches' screen types is also reflected in the overall battery life of the devices:

Garmin has emerged as a formidable industry leader and is unquestionably Apple’s most formidable rival in the smartwatch market. However, within the Garmin family of smartwatches, there are many fantastic possibilities, making it quite tough to choose between the many models. You might find it challenging to choose between the Garmin Venu 2 and the brand-new Fenix 7 now that both of these models are available on the market. The Venu 2 is one of the most well-liked choices.

Although the watches don’t appear to be very distinct from one another visually (the majority of their lines don’t deviate too much from their primary design aesthetic), there are a few notable differences in the ways in which they function. This piece will examine the similarities and differences between the Garmin Venu 2 Plus and the Fenix 7.

Comparison of the Venu 2 Plus vs. the Fenix 7, Including Available Models and Prices

Since we will be examining a particular model of the Garmin Venu 2 Plus, we will evaluate it in comparison to the Fenix 7S, which is the most analogous watch in terms of dimensions. First, let’s look at the measurements, the colors, and the different models.

The Venu 2 Plus is only offered in one size, which measures 43 millimeters. In addition to that, it comes with luxury characteristics, such as the traditional design of a round watch. Because of this, it is more traditional and appropriate for a business casual setting than it is for a sporting event.

Additionally, it comes with the obligatory premium upgrades, which we will go over in more detail when we talk about the features. The pricing of the Venu 2 Plus is now $449.

The Fenix 7S, which has a wrist measurement of 42 millimeters, is the Fenix 7 model that comes closest in terms of size. The Standard Edition is the next size up and features a significant increase to 47mm. The Fenix 7S, on the other hand, is not restricted to merely performing the most fundamental functions; it is also capable of being updated to Solar or Saphire Solar.

The Fenix 7S is more expensive, but it offers additional ways to customize its features or keep things straightforward, despite retailing at a higher price.

Performing Their Duties and Functions

The AMOLED screen is included on the Garmin Venu 2 Plus, one of the features consumers have expressed the most interest in. Unexpectedly, the Fenix 7 does not contain an AMOLED panel but rather a MIP screen (which some people prefer).

The AMOLED screen included in the Venu 2 Plus is an example of an OLED display, which is typically used in smartphones. It provides a clear and bright picture, making it simple to see even when viewed outside during the day. The fact that this technology also supports touchscreens adds still another dimension of utility to it.

The Fenix 7 does not have an AMOLED display but rather a transflective MIP display instead. This is still a touchscreen option, but the display isn’t quite as vibrant as the one that AMOLED technology provides. The fact that it does not pull as much power from the battery either makes it a fantastic option for individuals who are seeking a watch that does not need to be charged as frequently.

The difference between the two smartwatches’ screen types is also reflected in the overall battery life of the devices:

The Venu 2 Plus and the Fenix 7 have a lot in common regarding the kinds of activities and tracking they can perform, but there are a few important distinctions between the two that you should be aware of.

Both watches have the LiveTrack feature, which allows for incident detection and helps Garmin during certain activities. Group Live track and live event sharing are two features that are exclusive to the Fenix 7 and are not available on the Venu 2.

Both watches have fantastic features such as running coaches, HIIT exercises that are displayed right on the screen, and a multitude of trackable metrics such as hydration, sleep monitoring, body energy, and more. Both watches also have a variety of different trackable metrics. The sensors that monitor vital signs like heart rate and VO2 levels are standard across all of the watches. Thus this is the aspect in which you will find the most overlap across them.

The following capabilities for satellite navigation are built into both watches:

On the other hand, the Fenix 7 offers multi-frequency positioning, which gives it an advantage over the Venu 2 Plus. This feature is believed to make the GPS a great deal more precise. It also enables Topo maps to be downloaded from all around the world, which is a massive benefit for people who enjoy going hiking.

Given that many of the changes between these two fantastic smartwatches are so minute, it can be difficult to compare them. It’s true that the Fenix 7 has a few additional functions up its sleeve, but given that the majority of its other capabilities and offerings are the same, it’s unlikely that this will sway your decision unless you’re an extreme athlete competing at the highest level.

The pricing gap between the Garmin Venu 2 Plus and the Fenix 7 is one of the most notable distinctions between the two watches. If you’re seeking to save some cash, you might want to get the Venu 2 instead of the Fenix, which is more expensive, even if the Fenix has longer battery life. You should also consider the type of screen you prefer to use. Opinions on which display technology is superior, AMOLED or MIP, are split down the middle, despite the fact that AMOLED displays are known for their high brightness and widespread use.