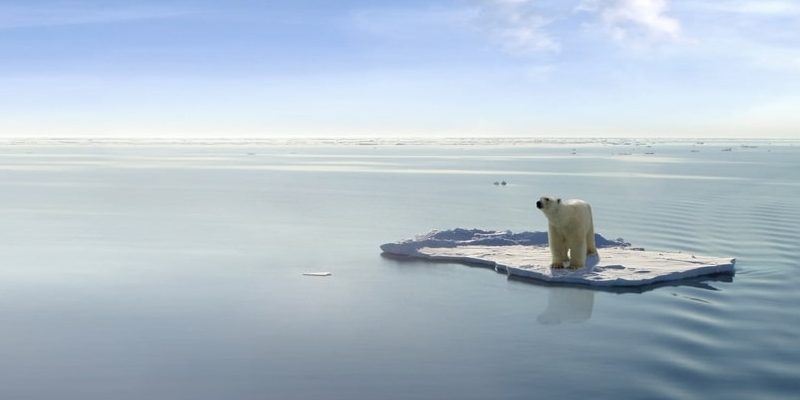 What is thermal pollution?

The catalytic effect of heat

Why is thermal pollution important?

Other types of pollution

We explain what thermal pollution is and the causes and consequences it presents. Also, its features and solutions.

What is thermal pollution?

It is caused by the presence of activities of diverse nature that cause a sustained increase in its temperature .

In other forms of pollution , chemical or physical elements are introduced that alter the properties of the environment and affect its delicate biochemical balance.

When we talk about thermal pollution, something very similar happens, but it has to do with the surplus of energy from certain human activities , which usually dumps into the environment in the form of additional heat, altering it physically-chemically.

This is a type of pollution that is much less mentioned but no less important . Numerous environmental organizations have taken up the fight against thermal pollution in recent years.

The catalytic effect of heat

The first thing to understand about thermal pollution is that heat has a catalytic effect on chemical reactions .

It can even cause reactions to occur that, to a few degrees lower, would not occur due to lack of energy.

This is precisely the great problem of thermal pollution: the unpredictable effects that heat causes in the environment . 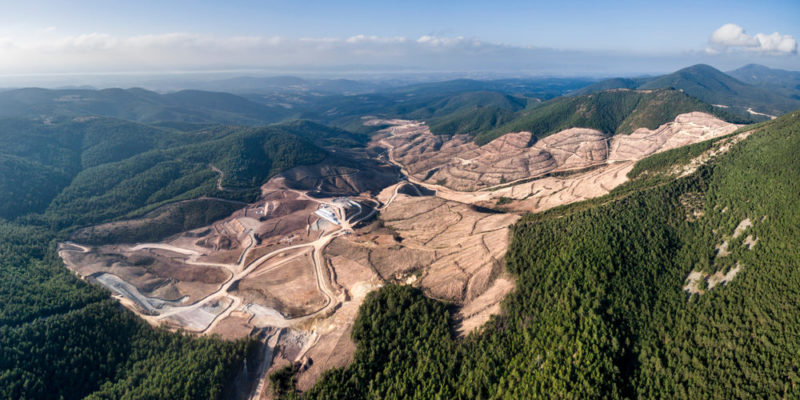 Deforestation is a cause of thermal pollution.

Thermal pollution is caused by those industrial or technological elements that introduce heat to the environment in an uncontrolled way. For example: 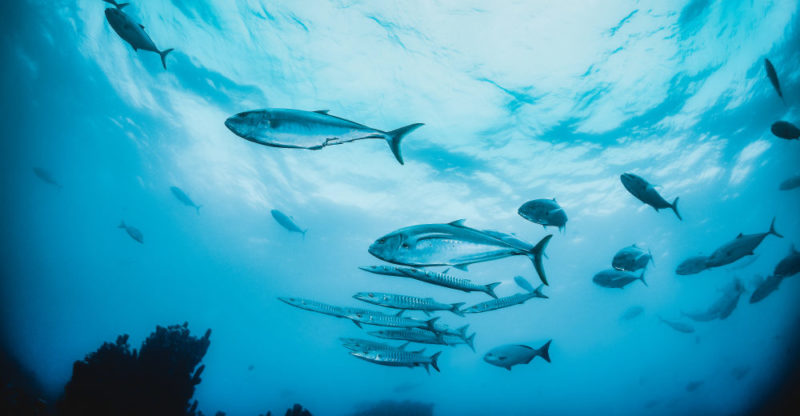 The change in temperature affects life and reproduction in the oceans.

The consequences of these changes in environmental temperature are especially noticeable in aquatic environments, and involve the following:

The fight against thermal pollution requires joint efforts on the part of the State , private organizations and economic interests, which means reaching a difficult agreement.

Some measures to take in this regard are: 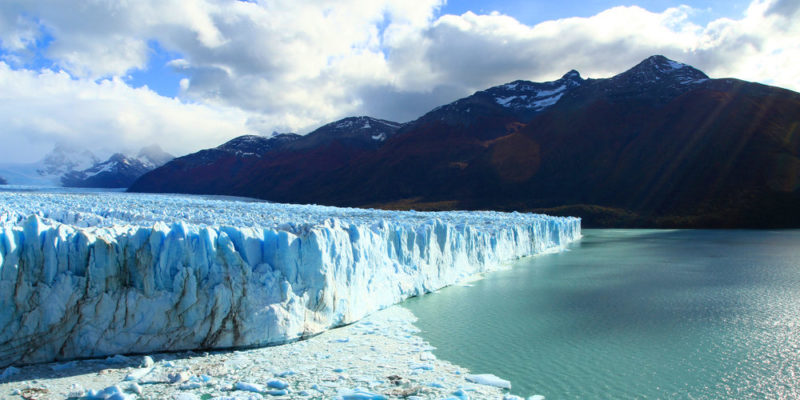 The melting of the poles increases the level of the waters on Earth.

Thermal pollution is just one element added to the serious problem of global warming that our planet has faced since the end of the 20th century .

This process of increase in the temperature of the world has disastrous ecological consequences.

Among them is the melting of the poles and subsequent rise in the level of the world’s waters , the desertification of large geographical areas and the gestation of more extreme climates .

In this sense, the fight against thermal pollution would also contribute to recovering the world’s thermal balance.

Why is thermal pollution important?

The different points of view involved in thermal pollution agree that some measure must be taken to reduce the impact of these activities on the global thermal balance.

The difficulty of changing long-standing industrial practices , as well as the economic interests that depend on them, are some of the challenges that this type of initiative must face.

Considering the enormous ecological costs that the industrial model of society is beginning to show, they become more urgent than ever. 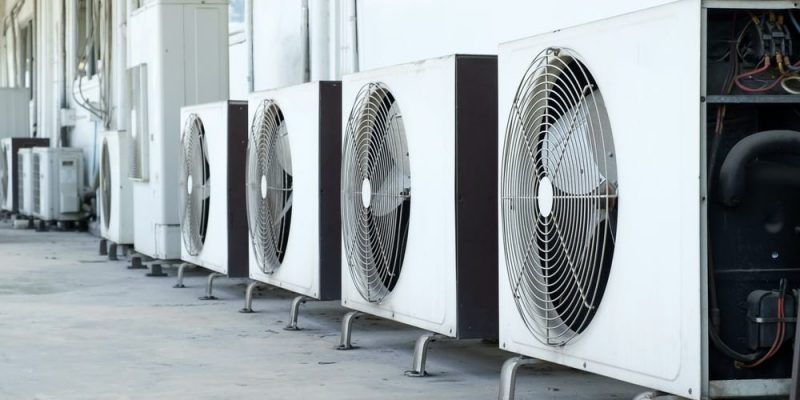 Air conditioners heat the outside.

Some examples of thermal pollution are:

Other types of pollution

Pollution in the world is the product of most human industrial activities, as well as some cataclysmic natural phenomena.

It can be classified according to its sources of pollution, as follows: 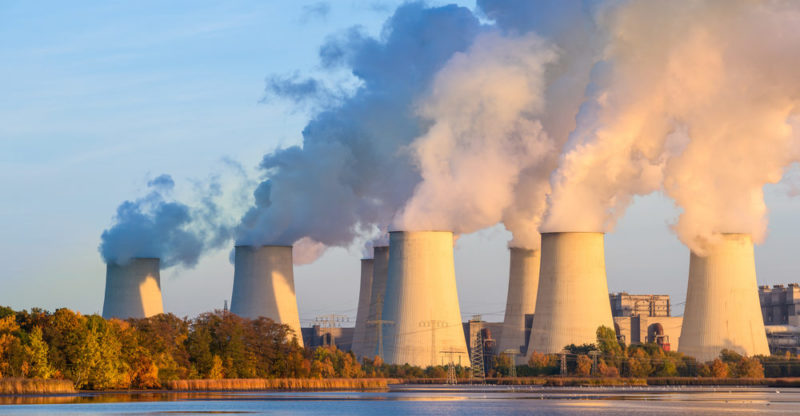 Radioactive contamination occurs when chemically unstable waste is dumped into the environment.

It is generally accompanied on occasions by thermal pollution, since these elements also tend to release heat energy .

Obviously, radioactivity is much more worrisome in the ecological sense than its possible thermal emission. 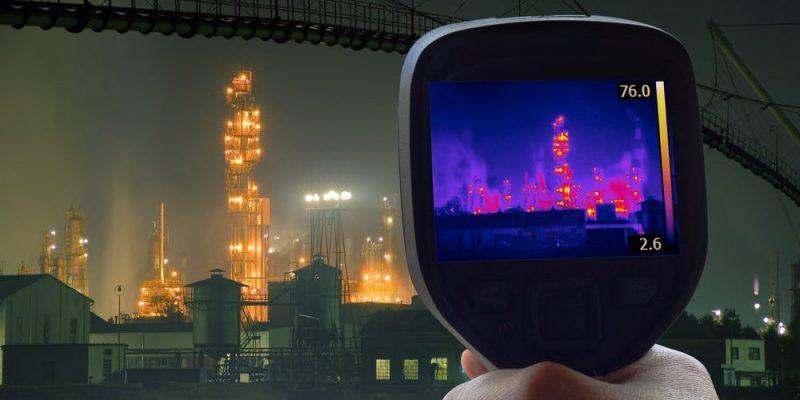 In addition to producing chemical and physical imbalances, the sources of thermal pollution also cause visual pollution .

This means that drainage pipes, the indiscriminate felling of forests , power plants, and other industries , in addition to producing changes in temperature, have a visual impact on the environment.

It is a type of aesthetic contamination , determined by its context, but which has implications for the emotional and mental health of human beings.