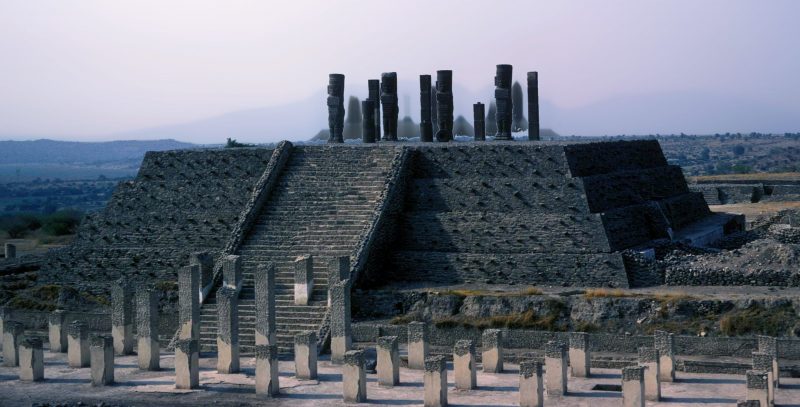 Geographic location of the Toltecs

Decline of the Toltecs

We explain what the Toltec culture is, its socio-political and economic organization. Also, its general characteristics, art, mythology and more.

The Toltec culture belonged to one of the different Mesoamerican pre-Columbian populations , specifically to the Nahuatl people who occupied the north of the Mexican highlands during the 10th to 12th centuries.

Its name probably means “ Dweller of Tula ” in the Nahuatl language , since its main centers were located in what is currently known as Tula de Allende in the state of Hidalgo, Mexico .

This city would have been called Tollan-Xicocotitlan and it would have been founded before the year 667 AD and there would have resided his monarchy, which lasted 384 years and had eight rulers or tlahtoques . The famous Toltec “Atlanteans”, Toltec warriors carved in stone, are found in this city today.

The heyday of the Toltec culture took place between 900 and 1200 AD and it has been proven that they had a notable influence on the Mayans . 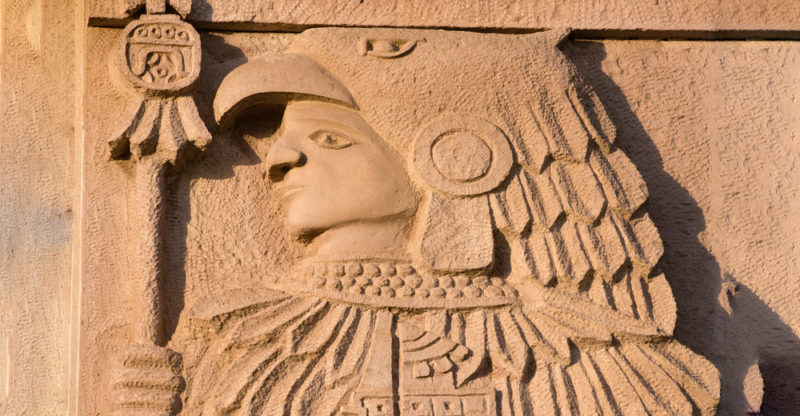 The Toltecs were influential in other cultures of the time, such as the Mayans.

The Toltecs were initially a nomadic people . They began their pilgrimage leaving behind a place called Huehuetlapallan or “Old Red Land”, and they wandered for almost 104 years until they settled in the territory today belonging to the Mexican states of Zacatecas, Hidalgo and part of Jalisco.

The borders of his empire were extensive, and his influence extended to the southeast of the Yucatan peninsula , and they were influential in the face of other cultures of the time, such as the Mayans , as evidenced by the architecture and Toltec representations present in Chichen Itza.

As has been said, the Toltecs obeyed a militaristic monarchy , which imposed a caste society : the warrior in the foreground together with the officials, priests and hierarchs, in charge of the leadership, the calendar and the ritual functions.

Then the servile class, made up of agricultural workers, artisans, potters, carpenters, spinners, painters, lapidaries and masons, etc. Finally there were the slaves, often captured from other neighboring cultures .

The Toltec economy was sustained by agriculture , from the cultivation of wide fields irrigated by a complex system of canals, where corn , beans and amaranth were grown. Also the work of metals , stones and a vast system of collecting tributes.

The rest of the raw material could be obtained through trade or war with other neighboring cultures. 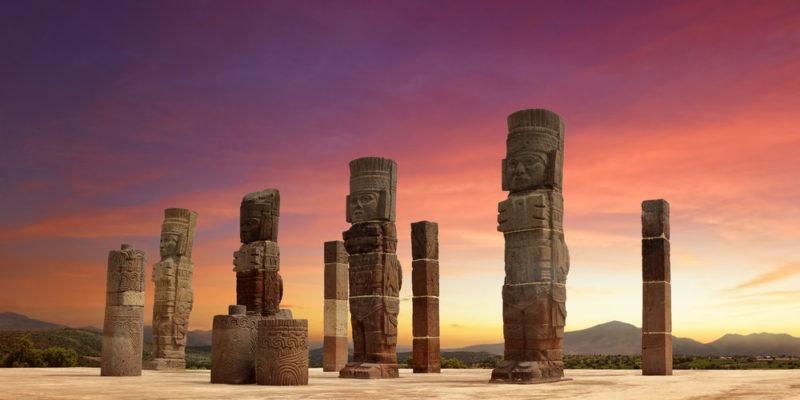 One of the best known works of art of the Toltec culture is the Atlanteans.

Toltec crafts and their artistic or ritual representations were closely linked, and they abound in ceramics, stone carving, painting, and murals .

The stone warriors or “Atlanteans” who still remain in the city of Tula , and who would have been decorated with mosaics and feathers, are famous . Clearly Toltec court representations of the god Quetzalcóatl at Chichen Itzá are also known. 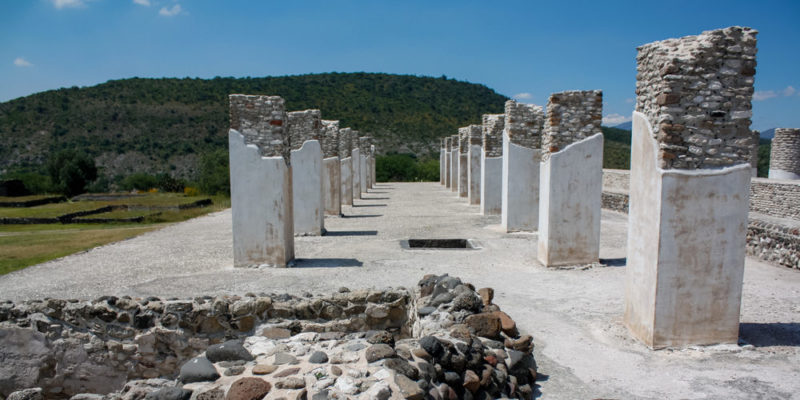 Toltec columns could have an anthropomorphic or feathered serpent shape.

The Toltecs were a culture of importance for pre-Columbian Mesoamerican architecture, since they introduced the artistic work of the columns that support the ceiling , either in the form of an anthropomorphic or a feathered serpent .

Pyramid B stands out in Tula, a city that is estimated to have housed 30,000 inhabitants in long one-story buildings with a flat roof, made with earth and stones and adobe finishes. A distinction was made between elite house groups, residential units, and palatial residences. 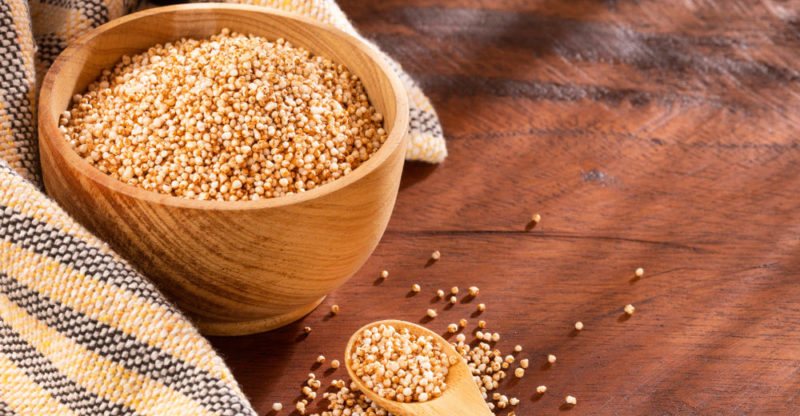 Amaranth could have ritual and commercial uses.

Studies indicate that amaranth was a key food in the Toltec diet , a trait that it shared with many different Mesoamerican populations and that today remains in the preparation of Mexican “alegrías”, mixed with honey, peanuts and raisins.

Amaranth could also have ritual and commercial uses , since it can be stored for much longer than corn and beans, other central products in the Toltec diet.

The Toltec monarchs were known as tlahtoques and held a lifetime office. Eight different rulers are known during the heyday of Toltec culture: 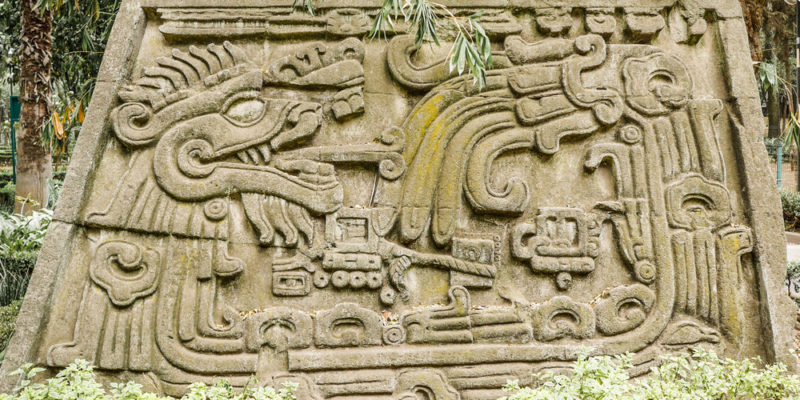 The myth of Quetzalcóatl had its origin in the Toltec culture.

Toltec mythology is known mostly for the adaptations that later cultures made of it, also given its influence on neighboring aboriginal peoples . Their religion and worldview contemplated a series of central gods such as Quetzalcóatl, Tláloc, Centéotl, Itzlacoliuhque and Tezcatlipoca, to whom they worshiped and offered human sacrifices.

His is the origin of the Quetzalcóatl myth , inherited by other cultures and distorted into a multiplicity of versions. In almost all of them, however, the fall of the god is observed for having yielded to his carnal passions.

The decline of the Toltec empire took place in the postclassic period , around AD 1300. Its fall marks the beginning of the Aztec era .

Today there is a renewed interest in Toltec culture and in recovering some of its cultural and religious senses, considered a lost heritage of the Mesoamerican peoples. However, there are so many discrepancies regarding the interpretation of the preserved myths and codices , of the exact location of the Toltec cities and such disparity of versions of their founding myths , that this term and these claims are held with suspicion by specialists and academics.