The 12 Types of Death (Leading Causes Explained and Classified) 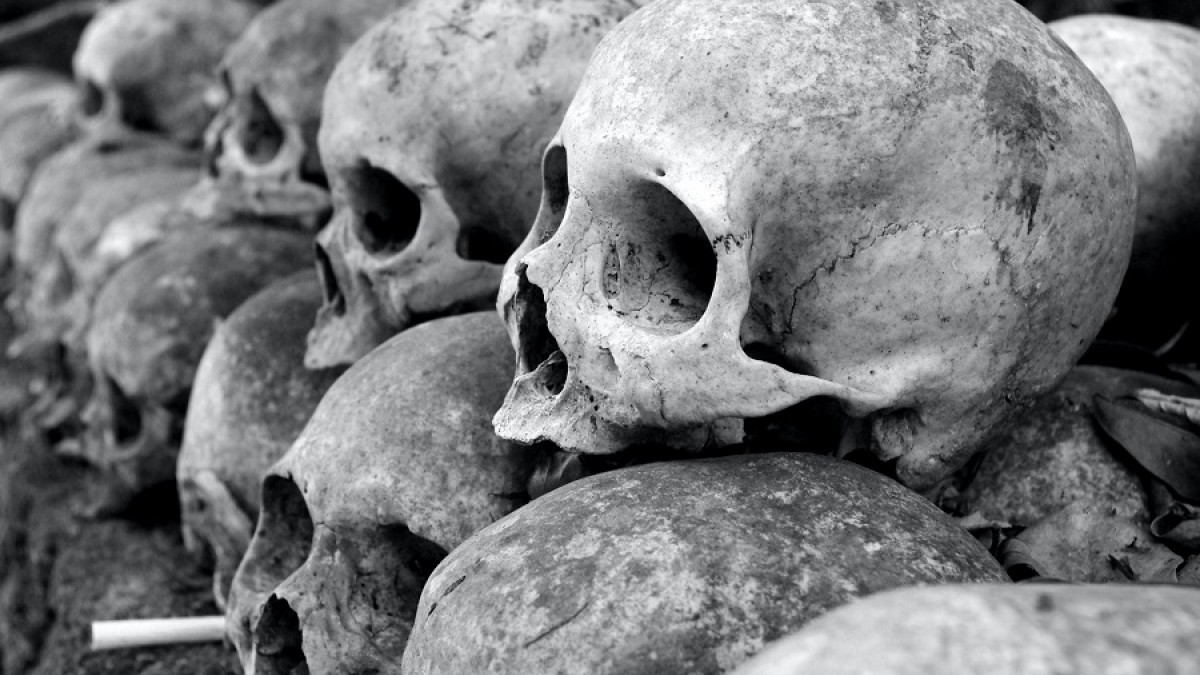 A classification of the different types of death, explaining their main characteristics.

Each culture, religion and even person interprets death in a different way, giving it a varied definition and meaning throughout the world.

However, despite the great diversity of what the idea of death is and how this inevitable final stage of life is lived, the truth is that we can find different types of death taking into account two main criteria: the legal and the biological.

Since the human being is aware of its existence, it has also been aware of the end of its days. The idea of death has been the subject of debate throughout history, attributing to it a causality and a different meaning depending on the place, culture, religion and philosophy to which it is asked.

However, in biological terms, we can give a concise and brief definition of what it means: death is the end of life, the total inability of the organism to maintain the homeostasis of the body through biological processes .

In the spiritual realm, death is associated with the end of earthly life and the beginning of heavenly life, with endless beliefs about what comes next. If we ask philosophers about what death is, although each of them has their own opinion about what it is, they all agree that death is the only certainty of the human being that he has of himself

Whatever our idea of death, the truth is that there are several ways in which this phenomenon can occur. The end of life can occur naturally or by the action of an external agent to the person , from a very serious illness to because someone, voluntarily or unconsciously, has ended the life of another individual.

The different types of death can be classified into two main criteria, the first being that we are going to see taking into account what has caused it, while the second has to do with what science thinks about this phenomenon. 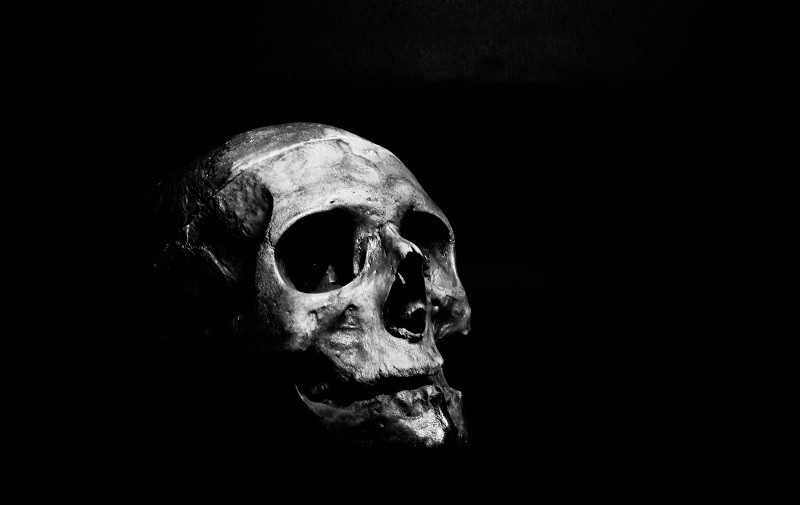 Death can occur due to a failure of the body, an accident or because another person has decided to end someone’s life, among others.

It has practically always been believed that people who reached old age died simply because they reached a certain age. As the individual had already lived a long time, sooner or later it was time to go to the other world. This type of death was called natural death, differentiating it from those that occurred by accidents or violently.

Today we know that all deaths occur for some reason, although we do not always know it. That an elderly person dies is not because their life clock has run out, but rather that there has been something in their body that has failed, something totally normal in elderly people whose natural defense mechanisms have been deteriorated with Over time.

Although, strictly speaking, no one dies just because, since everything has a cause, today the term natural death is still used to indicate that the person has died for something that does not come from outside of it.

Sometimes, although very rarely, it happens that the body momentarily loses all its vital functions, a phenomenon called catalepsy. Technically, the organism is alive, but it appears not to be because it has entered a transitory state that apparently makes anyone believe that the person is dead. The individual who has entered this curious state can be revived by different medical procedures.

This, which today is known to happen, was not known in the past. In the absence of sophisticated autopsy techniques or devices that monitor vital functions, in the past it used to happen that, after seeing that a person showed no signs of life, they were considered deceased and the entire funeral procedure began, burying them or burning her alive.

By some considered a natural death, sudden death is one in which the individual dies without apparent cause or disease, or that it was not suspected that he could die in the short term. This type of death is characterized by being unexpected and rapid , occurring in newborns and also having a risk of suffering it when the age of forty is exceeded.

In the case of newborns, what is known as sudden infant death predominates, of which the causes are unknown, although it is believed that they could be problems in the development of some vital function, generally respiratory. In the case of adults, cardiovascular diseases predominate as the cause of sudden death .

Sudden deaths are also considered those that occur during the first hour after the symptom that is attributed to have been its cause appeared.

Violent death is considered when what has caused the death is completely foreign to the functioning of the body . An external motive has caused some action, deliberate or not, that has ended up causing the death of the victim in a particularly violent way.

Suicide is the situation in which the individual voluntarily ends his life.

Those who end their lives like this usually do so after having suffered a lot , suffering from a mental disorder such as depression or finding themselves in a situation from which they believe they will not be able to escape.

Murder is the act by which one person deliberately takes the life of another .

In most of the countries of the world, this act is considered a very serious crime, the laws being especially strict with this crime. In fact, it is so serious that there are states in which the crime of homicide is punishable by the death penalty, which is nothing more than carrying out a homicide but through legal channels and supported by the institutions.

Accidental death is considered that situation in which the deceased has died due to something external to his body, but that there has been no intention or will on the part of whoever handled that object, if any .

The causes can be very diverse, such as a collision with the car, poisoning with a food in bad condition or the irresponsible action of another person with any object, vehicle or whatever.

Assisted suicide is the type of death that provides a person, intentionally and with the necessary knowledge, the necessary means to end his life , including advice on lethal doses of drugs, prescription or supply of the same. It is the patient who voluntarily ends his life.

Although death remains a great mystery to everyone in philosophical and spiritual terms, when it comes to science it is a bit clear what it means.

Death is defined as that situation in which the body no longer performs the physiological processes to keep it alive, although there are several ways in which it can occur taking into account biological and physiological aspects.

Be that as it may, they all imply the absence of the respiratory process, the non-contraction of the heart and / or the lack of nerve impulses .

Multicellular organisms, as is the case with our species, exist thanks to the multiple chemical and biological reactions that their cells carry out with each other. In the event that the cells are damaged, either naturally or by the action of some pathology, a multisystemic failure may occur that would compromise the health of the body as a whole and, if it worsens, cause death .

In the human case, vital organs such as the brain, heart, lungs, kidneys and liver, if they are damaged, can cause the death of the person, even instantaneously in case the injury or pathology is very serious. Depending on the problem behind somatic death, we talk about different medical conditions.

A syncope is a failure in the heart due to the lack of nerve impulses that should reach this organ . This causes the blood to not circulate properly, reducing blood flow and causing tissue necrosis. A condition associated with this problem is acute myocardial infarction.

Asthenia is a medical problem in which blood flow is weak , which can cause different heart conditions.

Anemia is a medical condition in which there is a decrease in the amount of blood in the bloodstream, causing a failure of the heart, almost always due to a hemorrhagic wound. The person dies from losing blood.

The coma begins in the injured brain , causing the lack of delivery of nervous stimuli to the rest of the body, absolute loss of consciousness and, in the short or long term, the death of the affected person. Several diseases can be behind the coma, including meningitis , encephalitis, intracranial hypertension, and stroke.

It is the death of a cell or group of them due to the fact that they have been attacked by pathogens such as bacteria, fungi, viruses or any other type of foreign body .

The attacked areas eventually decompose, and can be the focus of more infections throughout the body as pathogens thrive and travel to the rest of the body.

Necrobiosis is the programmed death of cells and, therefore, it is a natural process that should not cause any problem except when it occurs due to the action of some type of external or internal factor, such as a pathology, the activation of a gene or by microbiological action.

Clinical death is usually defined as that type of death in which the person has stopped sending nerve impulses on their own . There is the possibility of keeping it alive by means of mechanical equipment that maintains the most basic homeostatic functions, although the person is likely to remain in a coma.