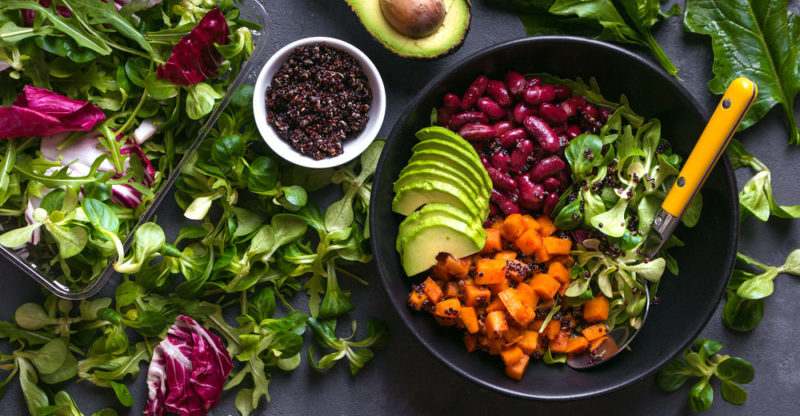 What do vegetarians eat?

Vegetarians in the world

Is it healthy to be a vegetarian?

We explain what vegetarianism is, how it is classified and its advantages and disadvantages. Also, what are its characteristics and veganism.

Vegetarianism or vegetarism is a diet that rejects the consumption of meat of all kinds , fish and animal products , depending on its degree of rigor.

Thus, vegetarianism can oscillate between mild or moderate forms , and total vegetarianism or veganism . Often this also involves a form of vital philosophy of rejection of animal exploitation and mistreatment of other species.

For this reason, a vegetarian often opposes the consumption of non-food products that come from abusive activities, such as cosmetics tested on animals, hides, skins and other consumer items. This may also be accompanied by attitudes of ecological commitment and/or anti-capitalism .

However, the vegetarian diet often accepts flours, sugars and other processed or dyed products , which distinguishes it from other dietary models such as macrobiotic or natural foods.

Vegetarianism is a very old dietary trend in the history of mankind.

Ancestral religious practices such as the Brahmanical or Hindu contemplated it among their dharmas or philosophies of life.

It is also said that the ancient Greek philosopher Pythagoras imposed it on his followers , which is why the vegetarian diet was formerly known as the “Pythagorean diet”.

However, the first mention of vegetarianism as such in the Western world appears in 1847, in England , due to the appearance of the Vegetarian Society in Manchester, the first vegetarian association in history . 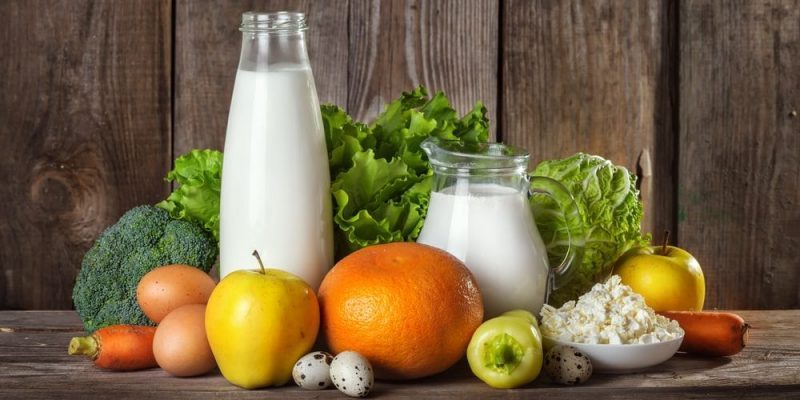 Depending on how rigorous your diet is or what foods from the animal world you accept to consume, we can talk about several vegetarian diets:

Openly vegetarian (actually lacto-vegetarian) attitudes are first reported from Ancient India and Greece , around the 6th century BC. c.

In both cases , they are linked to attitudes of non-violence or rejection of murder in order to eat, due to philosophical or religious motivations.

This type of attitude, which was associated with the pagan world , completely disappeared from the West when the Middle Ages imposed Christianity as the prevailing moral and religious doctrine.

It is known that many monastic orders restricted the consumption of red meat , but not fish, as a way of promoting asceticism.

Vegetarianism resurfaced with the Renaissance and has been cultivated ever since . But its acceptance and popularization is rather recent: the International Vegetarian Union, in fact, was created in 1906. 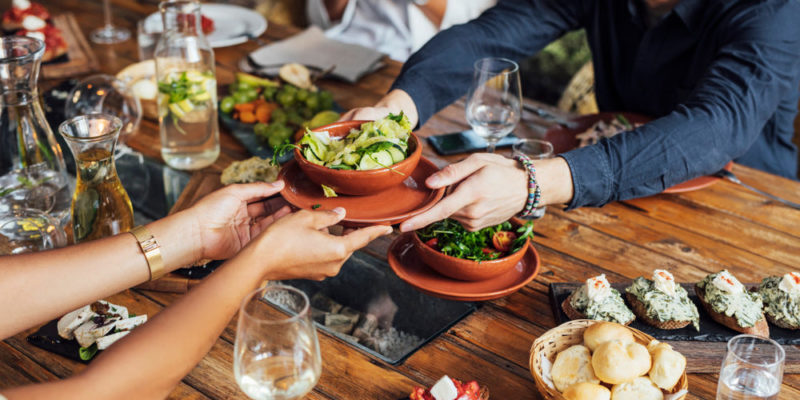 The vegetarian diet is not a cure for any disease.

The advantages of the vegetarian diet have to do with the reduction of fats in the body , lower incidences of type 2 diabetes and much healthier levels of blood pressure, cholesterol and lower risk of heart disease .

This, of course, assuming that other vital conditions are met such as exercise , consumption of missing nutrients as a supplement , and alcohol and tobacco are avoided .

The vegetarian diet is not a cure for any disease .

The elimination of meat in the diet has the negative consequence of eradicating sources of vitamin B12 .

This vitamin is impossible to synthesize in the human body, it is vital for proper brain function , and it exists in extremely low proportions in the plant world .

They are not a viable substitute for eggs and dairy, so these nutrients, as well as omega-3s, vitamin D, and calcium, often need to be supplemented .

The vegetarian diet does not protect against osteoporosis , nor against various types of cancer, such as breast, colon or prostate.

In fact, semi-vegetarian diets that allow a flexible but restricted consumption of animal meats (fish, chicken) are usually much healthier in this sense than a pure vegetarian diet.

What do vegetarians eat? 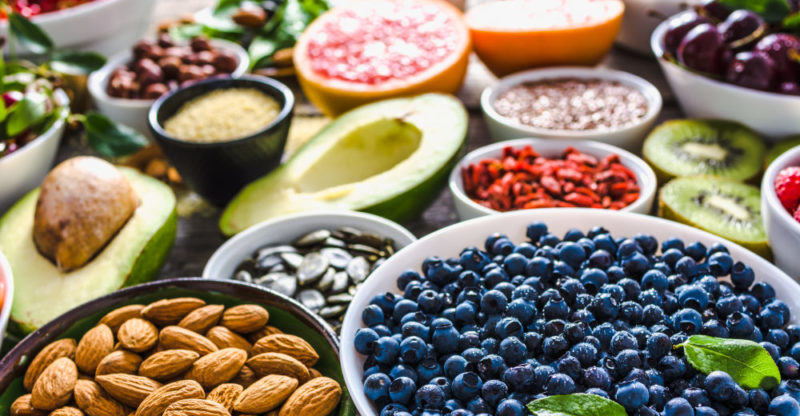 Forbidden foods are replaced by fruits, grains and nuts, among others.

Vegetarians follow a meat-free diet : no beef, no pork, no chicken.

Depending on their orientation, as we saw before, they can also dispense with eggs, fish and seafood , and dairy products (milk, butter, etc.).

These products are replaced in the vegetarian diet by vegetables, fruits, grains, nuts, tubers and all kinds of foods of plant origin.

Adopting a vegetarian diet is usually due to three possible motivations :

Vegetarians in the world 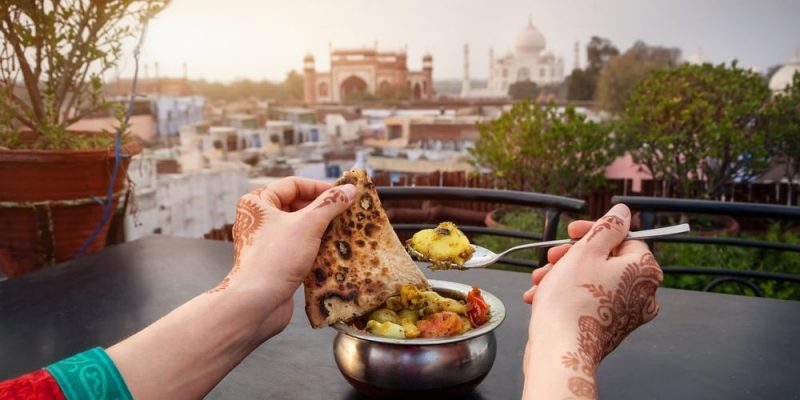 It is estimated that 6.7% of the world population is vegetarian.

India is the country with the highest proportion of vegetarians in the world (40%), undoubtedly due to the religious motivations that Hinduism supposes, if not to the margins of poverty of the disadvantaged classes . Let us remember that in that country the cow is a sacred animal.

In Western countries the percentage is much lower , although in recent growth.

The United Kingdom , for example, is one of the Western countries with the largest number of vegetarians, who amount to 7% of the population (about four million people), surpassed only by Germany with 8 to 9% , figures well above of the Spanish , for example, with just 0.5% (no more than 200,000 people).

An estimated 6.7% of the world’s population is vegetarian , according to the Vegetarian Resource Group in 2006.

The term “vegan” arose to distinguish simple vegetarianism , which chooses a diet free of meat of all kinds, but can eat dairy products, eggs, and in some cases fish and shellfish, from its most extreme variant, which rejects all food. from animal source.

Until then they were known as “total vegetarians” .

Is it healthy to be a vegetarian?

It is necessary to undertake a vegetarian diet with seriousness and information.

Any diet model has its benefits and disadvantages , if we take into consideration the tendency of our species to be omnivorous, that is, to consume food of both plant and animal origin.

However, the WHO has been warning for years about the health risks inherent in diets rich in fat , especially red meat, so a vegetarian option could be an alternative to the risk of atherosclerosis, cancer and diabetes that meat entails. animals.

However, it is necessary to undertake a vegetarian diet with seriousness and information, in order to properly supply the basic nutrients that meats provide.

Similarly, a vegetarian diet can be undertaken that excludes red meat but not fish and dairy . It is particularly important to include dairy products as a source of vitamin B12 and other protein nutrients that are not abundant in the plant world.