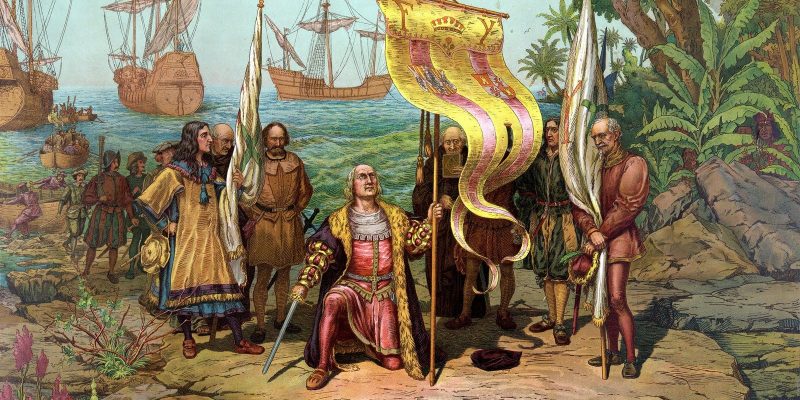 What was the Viceroyalty of New Spain?

History of the Viceroyalty of New Spain

Foundation of the Viceroyalty of New Spain

Role of the Church

We explain what the Viceroyalty of New Spain was, how it was founded and its viceroys. In addition, its general characteristics, economy and culture.

What was the Viceroyalty of New Spain?

It was the first territorial entity founded by the Spanish crown in America , once the Aztec Empire had been defeated . Its capital was the ancient city of Mexico-Tenochtitlán, current Mexico City , and it was governed by the figure of a Viceroy, the first of whom was Antonio de Mendoza y Pacheco. Its enormous territorial extension covered the Spanish territories in North America , Central America , Asia and Oceania .

The Viceroyalty lasted until the 19th century , when the first and definitive social movements took place that led to the War of Independence that ended in 1821. Then the First Mexican Empire was erected in its place.

History of the Viceroyalty of New Spain 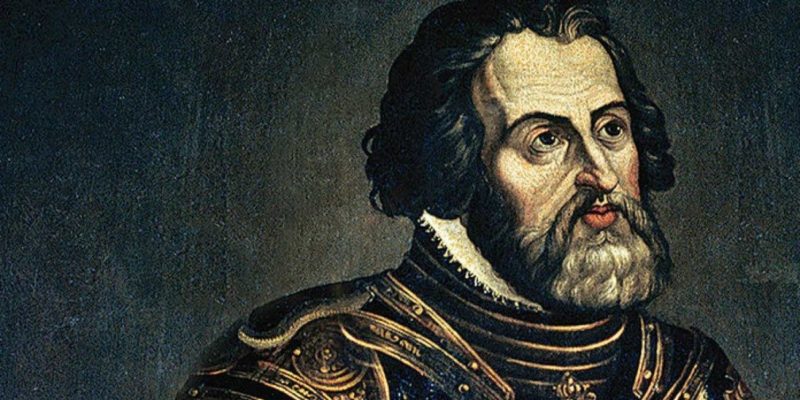 Hernán Cortés proposed the name “the New Spain of the Ocean Sea”.

The war of conquest ended in the 16th century, and the territory of the fallen Aztec Empire was initially ruled by the conquistador Hernán Cortés . It was he who proposed to Emperor Charles V the name “New Spain of the Ocean Sea”, since the fertility and climate of those new lands reminded him of the peninsula.

Under the command of Cortés , the subjugated indigenous population was organized to start the agricultural, mining and coastal exploitation of the American lands, at the same time that the evangelization campaigns of the Franciscans, Dominicans and Augustinians began. The war against the remaining resistant tribes lasted until the beginning of the 17th century, when they were almost exterminated.

Foundation of the Viceroyalty of New Spain

The Viceroyalty of New Spain was founded on March 8, 1535 , under the command of Antonio Mendoza y Pacheco, a Spanish politician and soldier, knight of Santiago and first commander of Socuéllamos. His command lasted until 1550, when he became the Viceroyalty of Peru between 1551 and 1552. 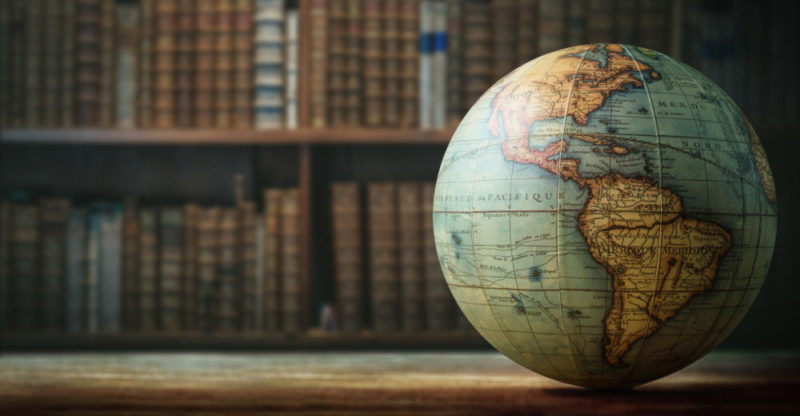 The Captaincy General of Guatemala included Belize and Costa Rica, among other countries.

The territory of the Viceroyalty was gigantic. It encompassed the entire present-day territory of Mexico and the present-day US territories of California, Nevada, Colorado, Utah, New Mexico, Arizona, Texas, Oregon, Washington, Florida, parts of Idaho, Montana, Wyoming, Kansas, Oklahoma, and Louisiana; in addition to the southwestern region of British Columbia, present-day Canada.

Added to that are the territories of the current countries of Guatemala , Belize, Costa Rica, El Salvador, Honduras and Nicaragua , which formed the Captaincy General of Guatemala.

New Spain had more than 62 viceroys, of which the following stand out: 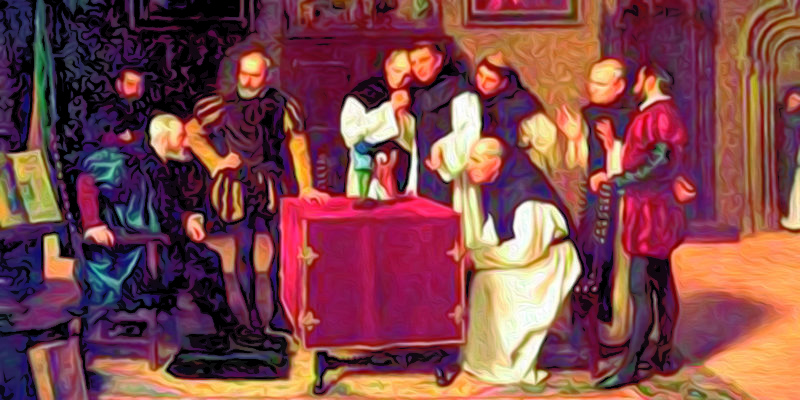 The viceroy had to obey the peninsular authorities of the crown.

The political organization of the Viceroyalty was made up of various kingdoms, general captaincies and manors , hierarchically organized under the command of the viceroy, who in turn obeyed the peninsular authorities of the crown, in the Royal Council of the Indies.

In addition to the viceroy, there were other secondary aldermen , since the Viceroyalty was divided into Kingdoms: New Spain, New Galicia, Guatemala, New Vizcaya, New Kingdom of León, New Mexico, New Extremadura and New Santander. In addition, there were the three General Captaincies already mentioned, each with a Governor and a Captain General.

Lastly, there were two lordships: the Marquesado del Valle de Oaxaca, granted to Cortés himself and his descendants, and the dukedom of Atlixco, granted in the 18th century to José Sarmiento de Valladares, former viceroy. 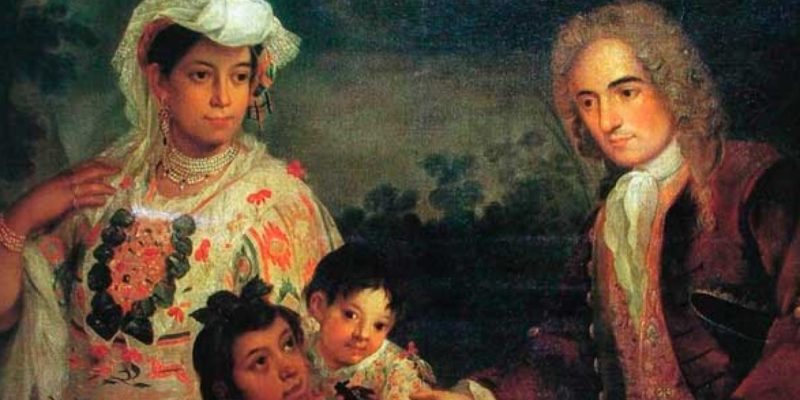 The mestizos were a mix between Spaniards and indigenous women.

Society in colonial times was made up of well -defined racial strata , which clearly distinguished between white Europeans and indigenous Creoles who survived the conquest and their descendants, and black slaves brought from Africa , incorporated from early years to supply the aborigines in the work physical properties of mining, since they were much more resistant.

In addition, the indigenous survivors of the conquest were decimated by the cruel treatment of the servants and by the diseases brought by the conquerors, unknown to them until then.

However, throughout the centuries that the colony lasted , an intense miscegenation took place that combined the three races into a series of castes, each of which had its own denomination:

From these castes arose others and an enormous ethnic variety that led to miscegenation and to obtain the so-called “cosmic race” or “melting pot of races” , with which Latin America is associated today.

The economy of the viceroyalty was merely extractives since it exploited the natural resources (agricultural and mining) of the New World to send to the peninsula.

The crown imposed on its colonies a model of commercial restrictions that guaranteed control and the greatest benefit of all the economic activity of its viceroyalties. In addition, he distributed the American lands to his emissaries, thus creating the first and largest colonial estates .

Despite the commercial monopoly , smuggling and piracy proliferated enormously in colonial territory and waters, especially linked to the British crown, the main enemy of the Spanish at that time.

Role of the Church 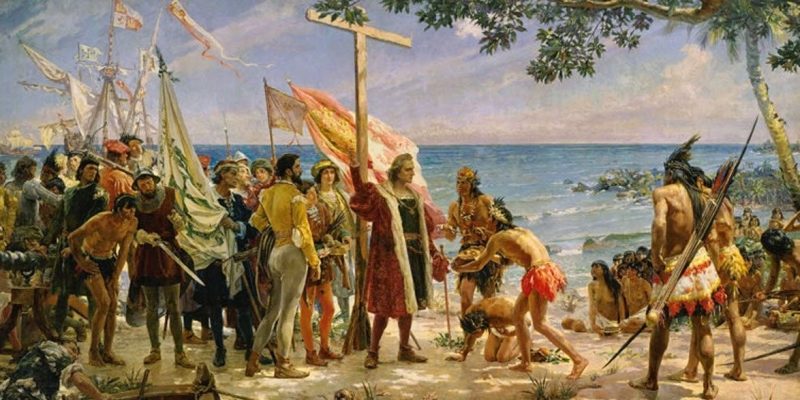 The Catholic Church was commissioned to implement the Catholic moral codes.

After the conquest, an intense work of implantation of the Spanish language, religion and culture continued and in this the Catholic Church and its Inquisition played a central role.

The implementation of Catholic moral codes , above all, was essential in the Viceroyalty of New Spain, since many of its aboriginal inhabitants came from theocratic cultures with deeply rooted practices such as polygamy, human sacrifice or polytheism.

The Virgin of Guadalupe was particularly significant in the evangelization of Mexico , serving as a hinge to integrate the mestizos and aborigines into the cult. Cases like this abounded in Latin America and were the beginning of a complex syncretism between the three mother cultures in coexistence.

In the heart of the viceroyalty, the remains of the pre-Columbian cultures merged with the Spanish and, to a lesser extent, the African.

This served as fuel for one of the American cultural centers of the Spanish Empire, which produced important names for Hispanic literature such as Sor Juana Inés de la Cruz and Juan Ruiz de Alarcón, or chemists such as Andrés Manuel del Río, discoverer of Vanadium. 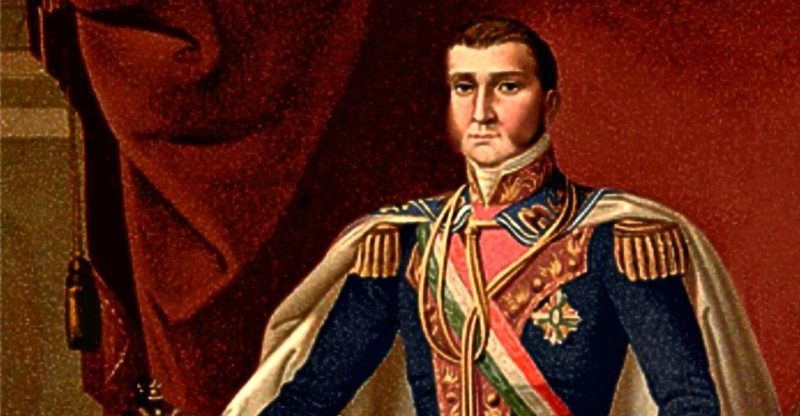 Agustín de Iturbide was in charge of the First Spanish Empire.

The Viceroyalty of New Spain came to an end in the War of Independence, which, as in other American Spanish colonies, took advantage of the fall of the Spanish throne to the Napoleonic troops in 1808 to free itself from the economic and political restrictions imposed by colonial society.

In 1810 the first independence proclamations were made and in 1821 freedom was achieved and an autonomous government was erected : the First Mexican Empire, ruled by Agustín de Iturbide.