What is the procedure for updating my Fitbit fitness tracker or smartwatch? 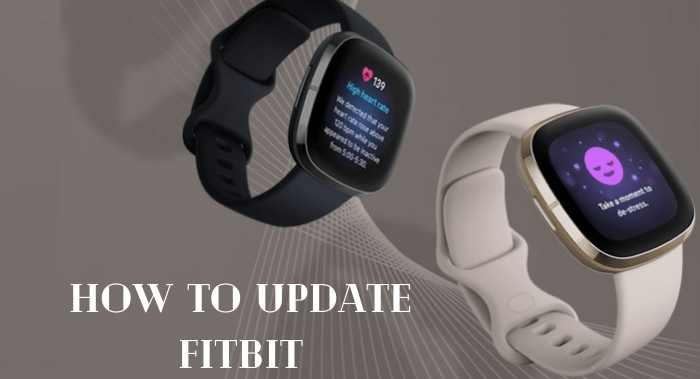 What is the best way to update a Fitbit?

An Update on the Fitbit Versa

My Fitbit isn't updating. What should I do?

The software in your fitness tracker or wristwatch is just as crucial as the hardware. You should check to see if it’s up to date. This is because firms occasionally offer firmware and operating system upgrades that include feature enhancements, security patches, and bug fixes.

If you possess a Fitbit, you’ll be pleased to learn that the company has one of the most advanced software systems available. It’s easy to use and contains enough info for you to get your teeth into without being overburdened with numbers.

The smartphone app can tell you what firmware version your wearable has. Simply select the Today page, then your profile photo, and finally your device image from the drop-down menu. You’ll notice the firmware version number under your device’s name.

If you have a Versa or equivalent smartwatch, you can accomplish this by swiping to the Settings app on the device. Choose About or Device Info from the drop-down menu.

Finally, you can do the same thing via the fitbit.com dashboard.Choose the gear icon, locate your device, and the firmware version will be displayed.

When a new version of software is released, you should try to install it as soon as possible. App and device updates are the two sorts of updates. The app updates are simple – you simply reload the programme in the same way you would any other app on your phone.

Click this link to see which features and bug fixes are included in the most recent Fitbit firmware upgrade. What has changed is listed by device. Click here to see what’s new with the latest Fitbit OS update. Both of these sources show a timeline of previous software releases.

We’ve already mentioned how important it is to keep your software up to date. If you’d rather be cautious, the Fitbit Community Forums are a fantastic place to check to see how others are reacting to a new update.

Even while firmware upgrades are supposed to fix bugs, we’ve learned that they can sometimes create new ones. Look through the forums to see what people are saying. You might want to wait a little before updating if there are a lot of complaints.

Fitbit frequently offers new software features in stages. This is a precautionary measure.

What is the best way to update a Fitbit?

Connect your gadget to its charger to get it up to speed. Updates might take anything from a few minutes to an hour or longer, putting a strain on the battery.

An Update on the Fitbit Versa

Take, for example, the Fitbit Versa. There are a few options for updating the programme. The first and most straightforward method is to use a smartphone app.

If new software for your Versa is available, a pink Update button will appear towards the top of the screen. During the update, follow the instructions and keep the device plugged in and close to your phone, tablet, or computer. Because the Versa includes a screen, you’ll see a progress metre there as well. Keep your watch close to your phone because the two will communicate with one another.

Make sure you’re using the most recent version of the smartphone app. Double-check that the battery has enough power. As previously stated, certain updates may take up to an hour to complete. You may even charge your device while it is plugged in.

The internet dashboard and Fitbit Connect are two alternative ways to update the software. First, make sure it’s up and running. If you don’t have it, you can get it from this link. Open it after it has been installed, connect your device to your computer, and then select Check for device updates.

This was an illustration of the Versa. However, regardless of which Fitbit wearable you have, the technique is essentially the same.

My Fitbit isn’t updating. What should I do?

Yes, it occurs. Even if you’ve followed all of the procedures above to a tee, there may be an issue from time to time.

To begin with, hopefully you’ve noticed that a new software version has become available. If not, it is possible that it has not yet arrived in your area. Patience is required.

Make sure the Fitbit app is set to run in the background. According to Fitbit, firmware updates are only available if you enable it in your phone’s settings.

This image appears on some devices, such as the Versa and Sense.

Check to see if the tracker has enough battery life or if it is plugged in and charging. A low battery can sometimes be the source of the problem. It’s also a good idea to make sure your WiFi signal is robust. Slow or unsuccessful updates are frequently the result of this.

Restart your tracker and attempt to update the programme. If it doesn’t work, try resetting your phone and installing the update again. You could also try installing the software on a different computer or mobile device.

Finally, make sure you don’t have any other Fitbit wearables connected to your phone. Because this can cause a conflict, you’ll need to tell your phone to “forget” the other tracker.

Fitbit’s customer support is always available if everything else fails.