What's new and different about the Garmin Forerunner 55, 45, and 45s models 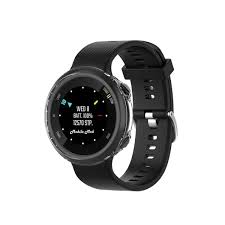 Comparing the Functions of the Garmin Forerunner 55, 45, and 45s

The enhancements that are included with the Forerunner 55

Garmin Forerunner 55 versus 45 versus 45s: Conclusion

The Forerunner series of watches has received some new additions from Garmin, which were published yesterday. One of these is the Forerunner 55, which is essentially an upgraded version of the Forerunner 45. We were prepared for it because there were numerous leaks that occurred before the actual unveiling.

If you currently have the Forerunner 45, you may be considering whether or not it is time to update to a newer model. Because it wasn’t released until April 2019, the watch has already been on the market for more than two years. On the other hand, the price of the 45 will drop significantly now that it has a competitor to compete with it. Already, it’s being offered at a $50 discount to customers (check Forerunner 55 price on Amazon). Those who are interested in purchasing a new watch may be curious about whether or not this is still a recommended purchase.

Continue reading to find out the key differences between the two types of gadgets. I really hope that this will make it easier for you to pick which option is best for you.

Both the Forerunner 55 and the Forerunner 45 have designs that are almost exactly the same. However, there is a significant distinction between the two. The older device is available in two different size options, but the 55 only comes in one. It is not obvious why Garmin decided to proceed in this manner. It’s possible that there wasn’t much of a demand for a 55s.

The huge version of the 45 and the 55 come with a body with dimensions of 42 millimeters squared. The new version is 0.1 millimeters (0.02 inches) thicker than the previous one and weighs 1 gram more than before. Regardless, both of these are quite lightweight, making them an excellent choice for anyone who enjoys running.

The only modification that was made to the older device was the inclusion of a 45s variant. It is even smaller than the others, measuring 39.5 x 39.5 millimeters, and it weighs even less than the others. Although all of the iterations have a design appropriate for either gender, people with smaller wrists should go for this one.

Interestingly, the 55, 45, and 45s all share the same 1.04-inch transflective memory-in-pixel (MIP) display. This is the case despite the change in size. This has the advantage of always being on while not requiring excessive electricity. The display has a resolution of 208 by 208 pixels, which is a fairly respectable number.

All of this makes it quite clear that the Forerunner 55 and the Forerunner 45 are virtually indistinguishable from one another in terms of their aesthetics. They are very similar in terms of size and weight, as well as the button layout and display, and they both have a water resistance rating of 5 ATM. The 45s model is the only one with a design that is more suited for people with smaller wrists.

Under the hood, there are still a lot of similarities. The accelerometer and the sensor for measuring heart rate are the same things. Since Garmin has decided to keep the heart rate monitor from the third generation in the Forerunner 55, there should be no difference in the monitor’s accuracy. Support for GPS, GLONASS, and GALILEO is included in each and every one of these watches.

Two items that should definitely be on this list but aren’t are a barometric altimeter for counting floors and a SpO2 sensor. Perhaps we will get these when Forerunner 65 lands.

The amount of time that a battery can last has been increased. On the Forerunner 55, Garmin increased this to a whopping two weeks when operating in smartwatch mode. When GPS is turned on, this time decreases to 20 hours; nonetheless, this is still a major improvement over the 13 hours offered by the 45 and 45s.

This is a comprehensive rundown of the primary specifications, covering both the hardware and the product’s design.

Comparing the Functions of the Garmin Forerunner 55, 45, and 45s

Those interested in jogging and looking for an affordable sports watch can consider purchasing this one. It is one of the better choices available for achieving the aforementioned goal.

However, this is not just a running watch; it also monitors your activity and sleeps throughout the day and night. Because Garmin has this aspect of the situation under control, the watch is not significantly different from Garmin’s other watches and fitness trackers in this regard.

As was previously said, the most important items that are lacking are a floor count and tracking of blood oxygen levels. You are also provided with the other fundamentals, such as tracking your stress, body battery, fitness age, and more. In addition to this, intelligent functionality can be found in the form of smartphone notifications, control over music, and safety and tracking functions. An excellent list, really.

The enhancements that are included with the Forerunner 55

Most of the improvements that come with choosing Forerunner 55 are ones that pertain to running metrics. The new watch comes with a variety of additional features.

The pace Pacing Strategies are one of these options. This dynamic pacing depends on the course and will help you plan your strategy for the race. The Garmin app provides guidance for a chosen route that is based on GPS data and takes into account any gradients in the terrain.

One more add-on is something that’s been given the name Daily Suggested Workouts. This generates bespoke running workouts for you each day, depending on the training data you’ve entered in the past and your recovery. It guides you in deciding what kind of workout to perform so that you can get the most out of your training.

Other additions include a Track mode that provides accurate lap distances, a Virtual Run mode that can be used on treadmills, a Finish Time Estimator, Predicted Race Times based on past performance (for 5K/10K/Half-marathon/Marathon), Recovery Time (hourly countdown), customizable lap banners, and customizable auto pause thresholds, as well as other features.

More generally speaking, Women’s Health Tracking is included with the 55. This enables real-time tracking of menstrual cycles and pregnancy, as well as monitoring of respiration rate 24 hours a day, seven days a week, and other sports modes (addition of pool swimming and HIIT).

Additionally, the Connect IQ support system has been updated. In addition, to support CQI watch faces, there is now assistance for data fields, widgets, and applications.

The differences between the two methods of tracking activity are as follows.

Garmin Forerunner 55 versus 45 versus 45s: Conclusion

Runners who are looking for a high-quality running watch that won’t completely break the bank can’t go wrong with any of these options. The Forerunner 45/45s can be purchased on the Garmin website for just $149, which is $50 less than the product’s initial MSRP. In the coming months, you should anticipate even more drops. The price of the Forerunner 55 is $200, which is still a really good deal for a GPS running watch that has a lot of features.

When it comes to the designs of these watches, there is not much of a difference between them. This time around, Garmin has decided against producing a smaller version of their watch. Thus there are no 55s. You will have to go with the 45s if you want something that comes in a more compact package. However, you won’t have access to the newly added features if you do that.

This includes practically doubling the battery life, monitoring your respiratory rate around the clock, and keeping track of your women’s health. The 55 also has some extra running data, including Pace Pro Pacing Strategies, Daily Suggested Workouts, and Recovery Time. This is perhaps the most crucial feature of the 55. There is now support for swimming, high-intensity interval training, and Connect IQ data fields, widgets, and applications.

Even though there is a big list to read, nothing on it stands out as a compelling reason for an owner of a Forerunner 45 to consider an upgrade. The heart rate sensor is the same, and the upgrades are more like nice-to-haves than necessary additions at this point.

Having said that, the Garmin Forerunner 55 is the watch we suggest purchasing if you are looking for an affordable new running watch. It sells at a cheaper price point despite having many features found on Garmin’s more expensive watches and comes with all those functions (check price on Amazon). Both the Forerunner 55 and the Forerunner 45 can be acquired from the website of Garmin.