10 Key Characteristics, Causes And Consequences of a Tsunami 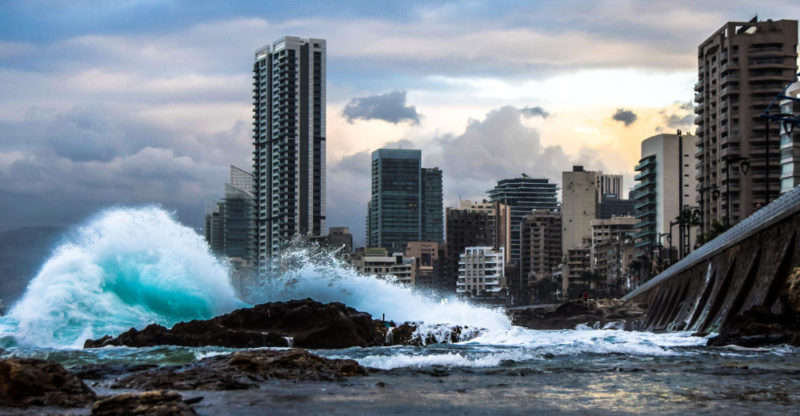 What is a tsunami?

Characteristics of a tsunami :

Differences with the tides

The difference with the bore

We explain what a tsunami is and what its causes and consequences are. In addition, its characteristics and mega tidal waves.

What is a tsunami?

Tsunamis, also called tidal waves, are the vertical movement of a large body of water . As a consequence of this movement, huge waves are produced driven by a large amount of sustained energy and therefore at high speed.

Tsunamis can only occur in seas and oceans , since lakes do not have enough water for their movement to be considered a tsunami.

Each tsunami can be measured in:

Characteristics of a tsunami : 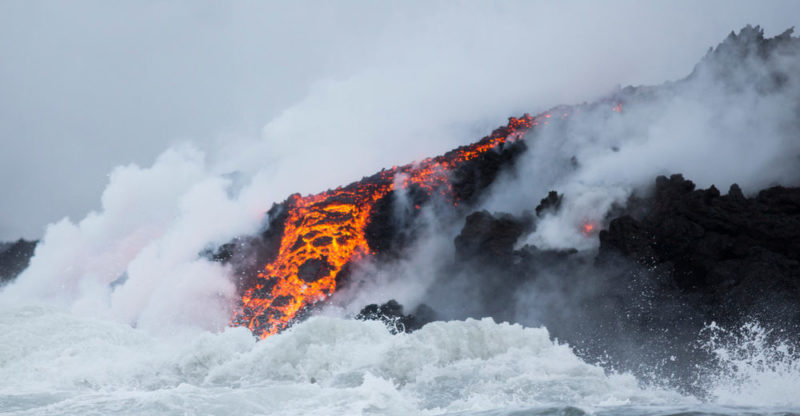 Tsunamis can be caused by volcanic eruptions.

For the most part, tsunamis are caused by earthquakes that occur on the seafloor . In order to move the enormous mass of water that is displaced in a tsunami, a vertical movement must occur in the plates that are under the oceans . These tsunamis are called tectonic tidal waves.

Less frequently, tidal waves can be caused by volcanic eruptions , falling meteorites, or some type of underwater explosion. Due to the enormous violence with which they occur, they are called mega tidal waves. 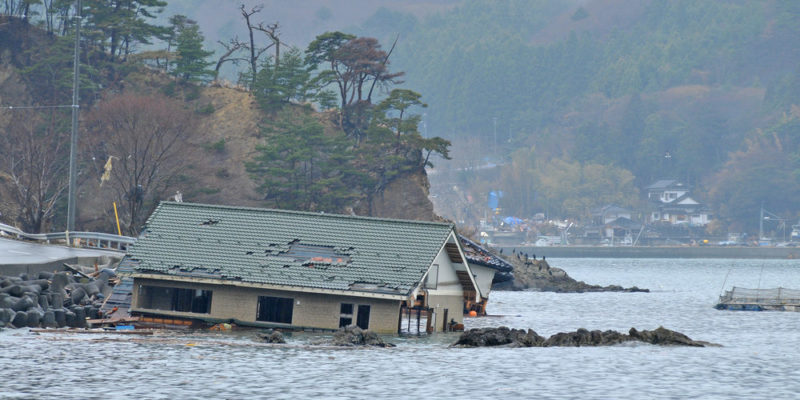 One of the consequences of tsunamis is the loss of life and property.

The most obvious consequences of tsunamis are:

When studying the areas affected by tsunamis, it has been observed that the least affected were those that had some type of natural barrier. These barriers were:

Although there are natural barriers that cannot be produced , such as coral reefs, one way to prevent tsunami damage in areas where tectonic movements often occur is to create barriers with vegetation. 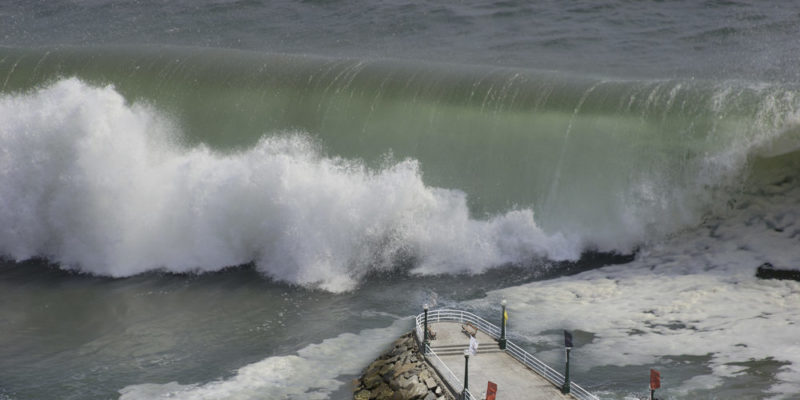 The movement of underwater tectonic plates can produce a tsunami depending on various factors:

Tectonic tidal waves release a constant energy, which expands due to the lengthening of the wave front. This means that they can affect the coast even if their center is very far away.

Most of the mega tidal waves are produced by volcanic eruptions , since they are much more frequent events than the fall of meteorites or underground explosions. Volcanic eruptions can move large amounts of land into the sea in a short time, causing the movement of sufficient volumes of water to produce a tsunami.

Mega tidal waves, unlike tectonic tsunamis, have punctual effects, that is, their energy is dissipated to a much lesser extent .

Storm surges are waves produced by hurricanes or large storms . They have in common with tsunamis that the water is capable of reaching inland. The main difference is that these are surface waves and their origin is the wind, not tectonic movements. Although tidal waves hit the coasts with great intensity, the strength and magnitude of a tsunami wave is much greater.

The difference with the bore 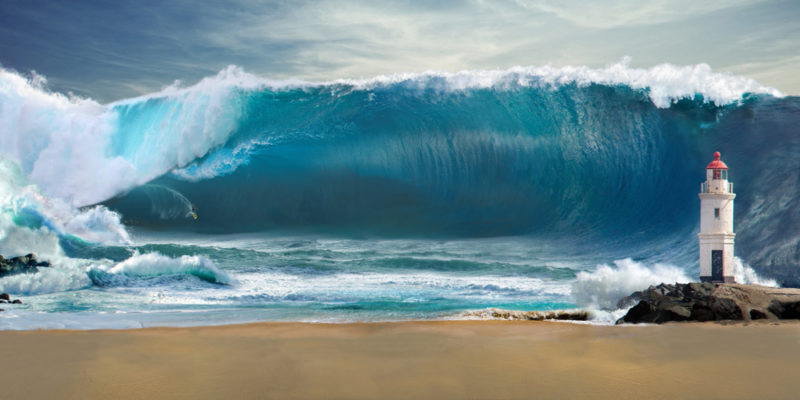 Boring is a process in which the water level exceeds high tide.

Bore is a particular form of tide . When a borehole occurs, the water level rises to much higher altitudes than it reaches at high tide. However, it differs from a tsunami not only because of its origin, but also because it is a slow process, in contrast to a tsunami that is sudden.

Since the 1920s there have been warning systems against tidal waves in territories where tectonic movements usually occur. In 1949, the Pacific Tsunami Warning Center, in Spanish, Centro de Alerta de Maremotos del Pacífico, was created in the United States.

A warning system called CREST (Consolidated Reporting of Earthquakes and Seaquakes) is used on the northwestern coast of the United States and in Hawaii. However, none of these systems is completely secure. 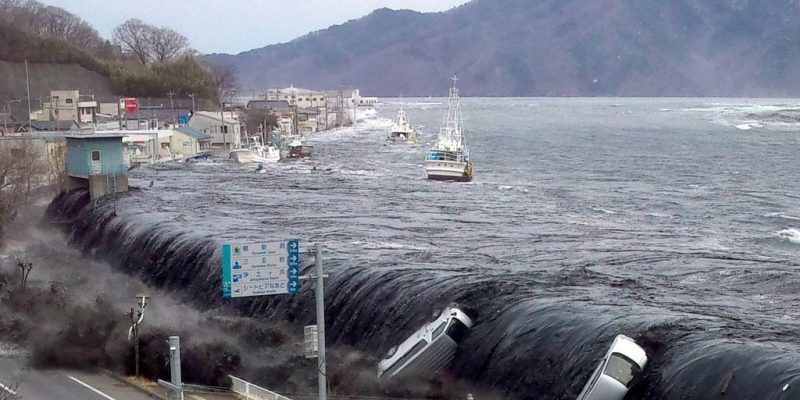 The earthquake in Japan lasted six minutes and was the most powerful it has ever suffered.

The Japanese tsunami is officially called the “Great East Japan Earthquake.” It happened on March 11, 2011, at 2:46 p.m. The earthquake that generated the tsunami had a magnitude of 9 MW. The waves produced by this energy reached a height of 40 meters. Another factor that facilitated the impact of the earthquake was that its epicenter was only 130 km from the coast. The waves that reached the coast, near the Sendai airport, were 10 meters high.

In addition, the effects of the tsunami extended to the Californian coast of the United States and to Hawaii, where they invaded 3 kilometers of land. This earthquake, which lasted 6 minutes, was the most powerful that Japan has ever suffered in its history. Worldwide, it was the fourth most powerful.

The tsunami that affected the coasts of Indonesia, Malaysia, Sri Lanka, India and Thailand in 2004 was caused by a 9.3 MW earthquake that occurred off the coast of Indonesia on December 26. More than 200,000 people died as a result of the tsunamis produced on the various affected coasts. In addition, more than 500 thousand people were injured.